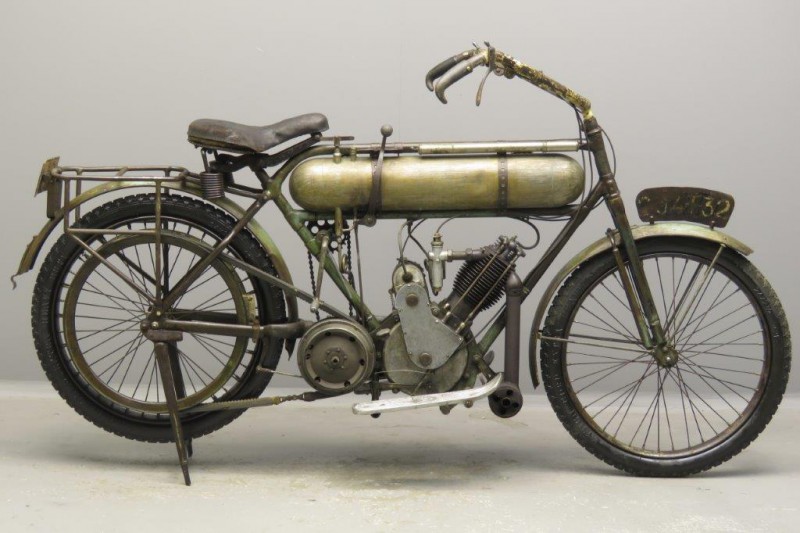 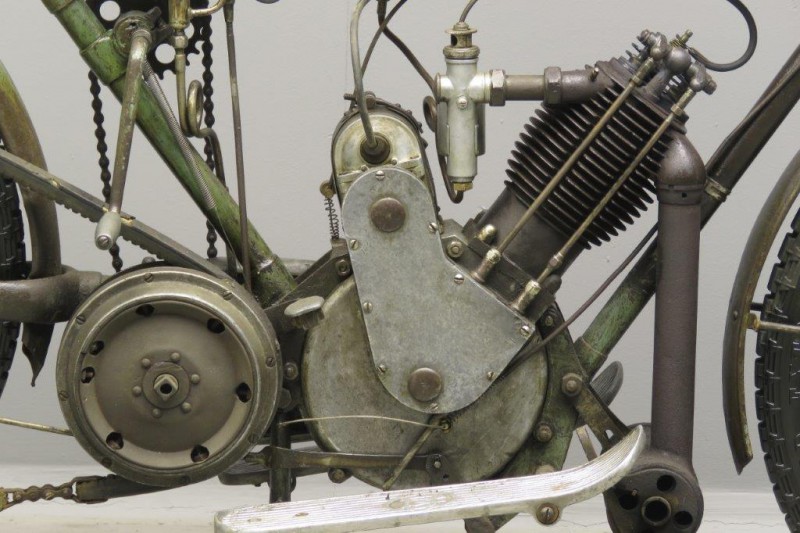 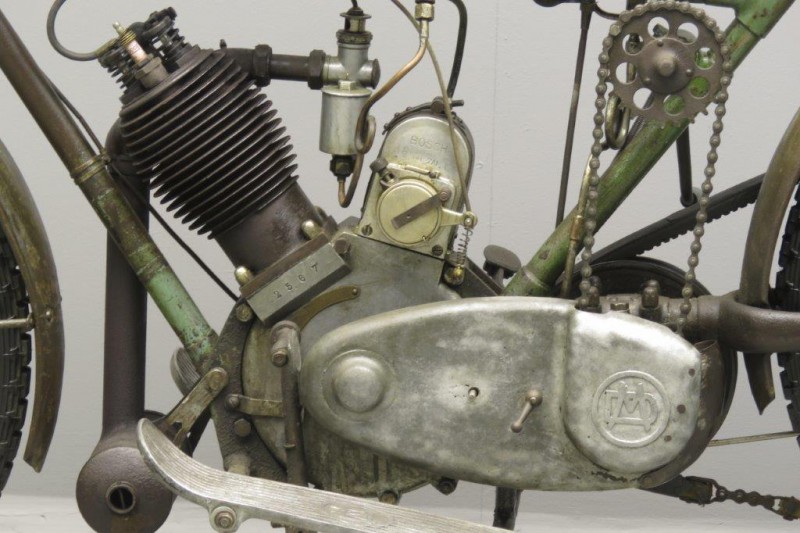 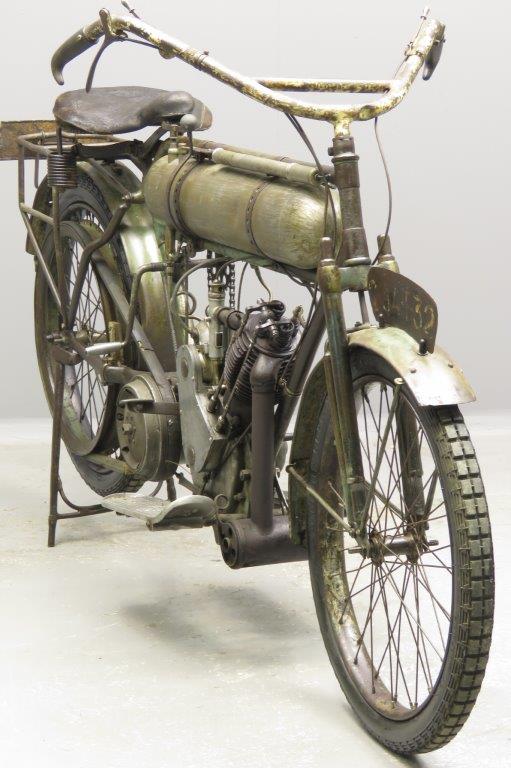 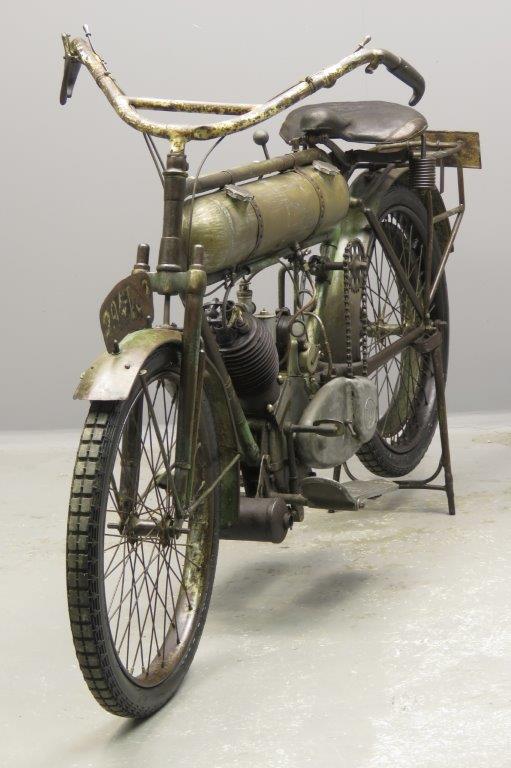 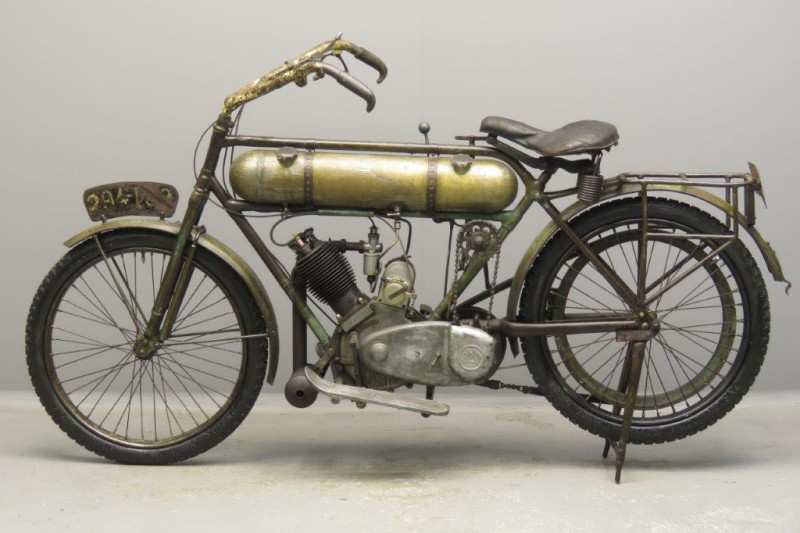 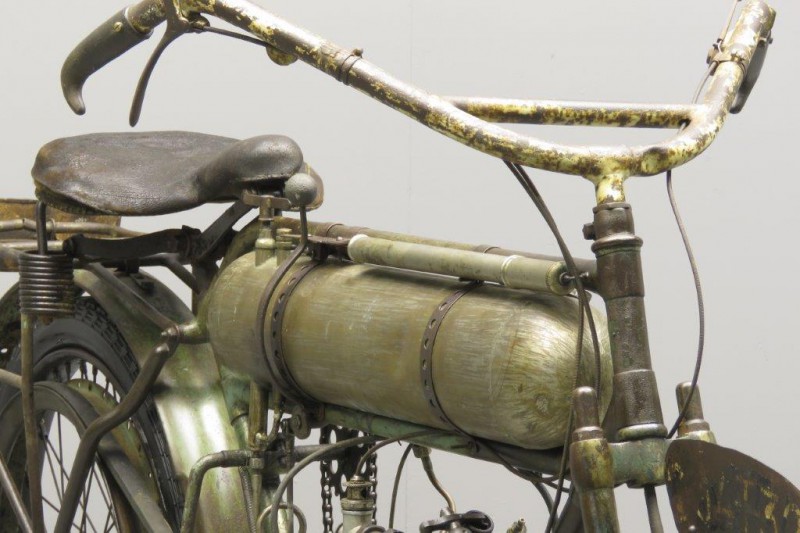 In the year 1900 Joseph Magnat and Louis Debon founded a firm in Grenoble that started to produce bicycles.
In 1902 the first motorcycle was produced, equipped with a De Dion Bouton engine. After some years of experimenting the fitst MD production machine was launched in 1906 and in the years before the first world war the firm prospered: the machines had many novel features such a telescopic front suspension and some models had overhead valves.
Both founders died at the end of the war and in the early twenties the company got into financial problems.
In 1922 the firm was taken over by the Terrot company.
In 1913 the company abandoned the side valve models for a number of years and concentrated on two OHV machines.
The 3¼ HP model had bore x stroke of 75 x 90 mm and a displacement of 398 cc, its more powerful brother measured 80 x99 mm and displaced 498 cc.
This 498 cc single was replaced in 1914 by a V-twin.
During the war the 398 cc single was further developed by adding a two-speed gearbox, clutch and hand crank starter.
This model was designed for military use by the French air force and was designated the “Aviation”.
It would stay in production till the early twenties. (see link http://www.moto-collection.org/moto-collection/modele_en.php?idfiche=6118)
This authentic “Aviation” comes in complete and unrestored condition.