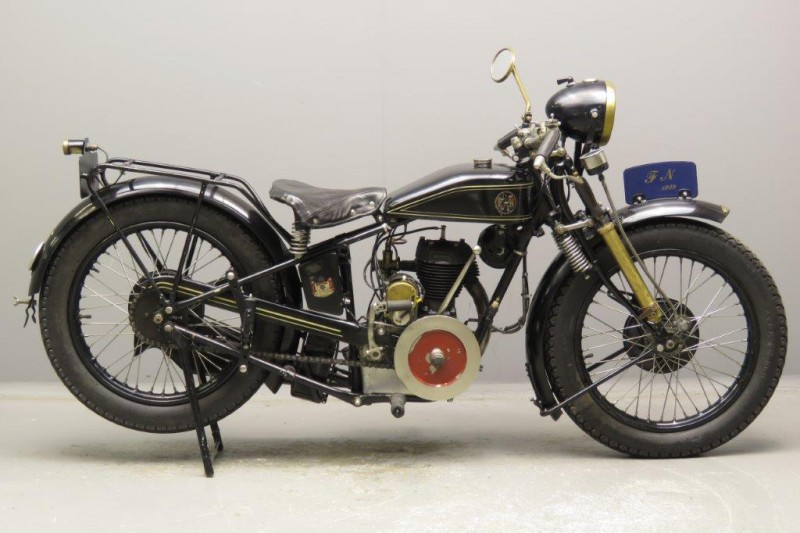 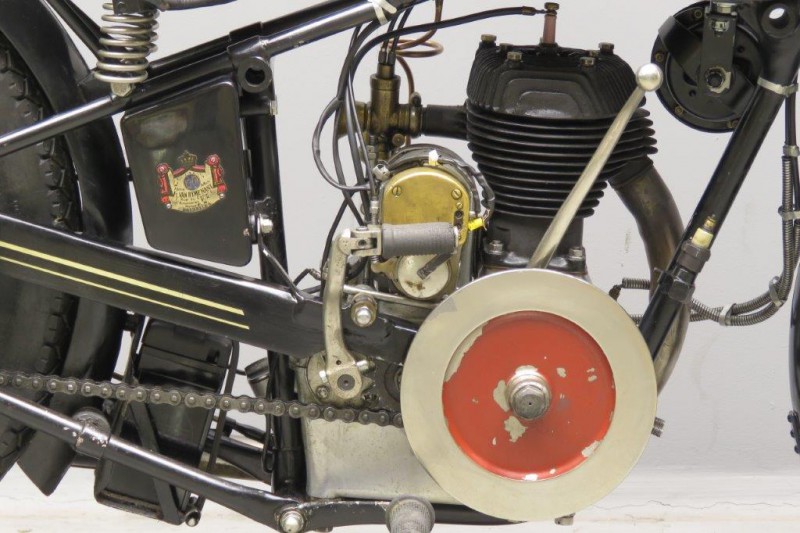 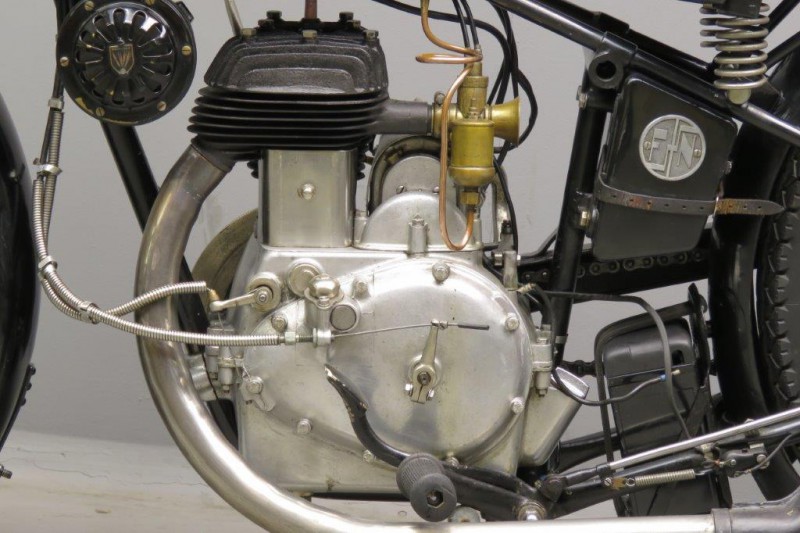 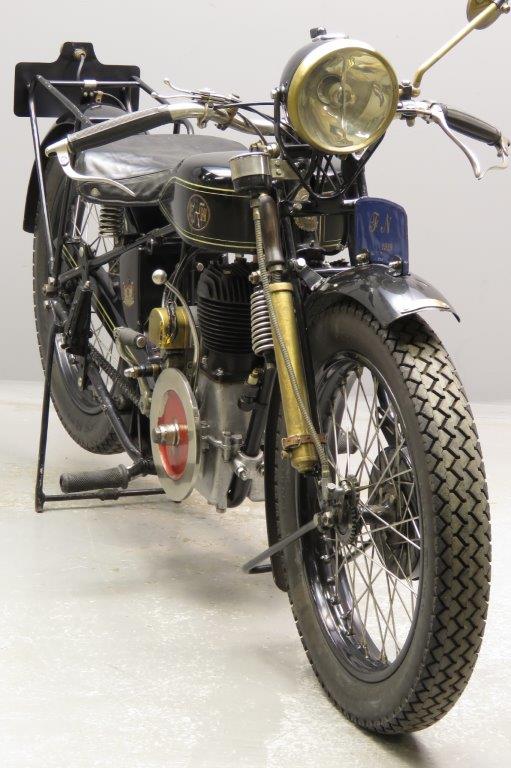 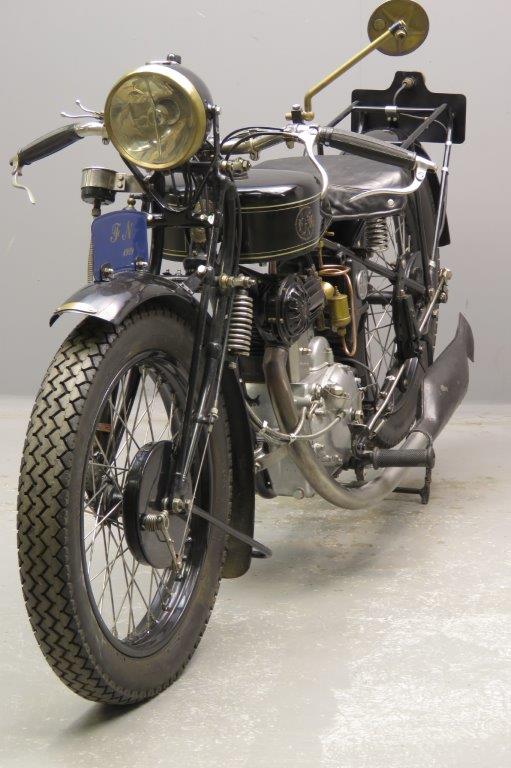 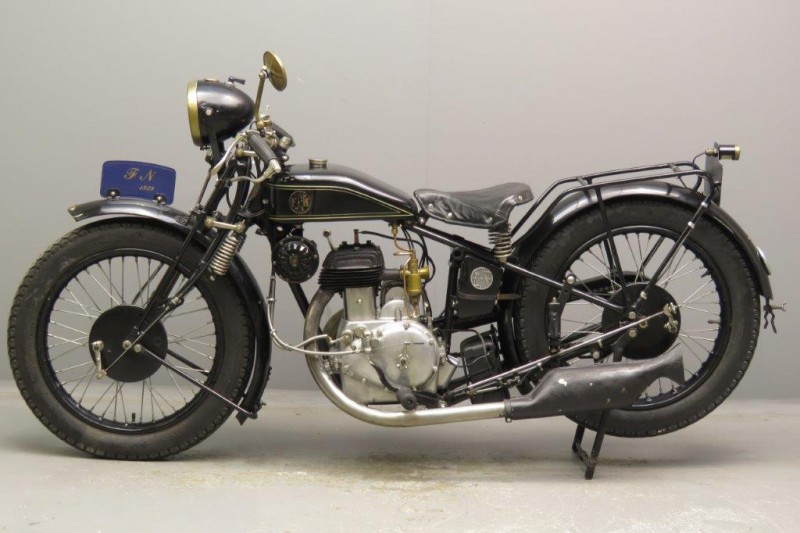 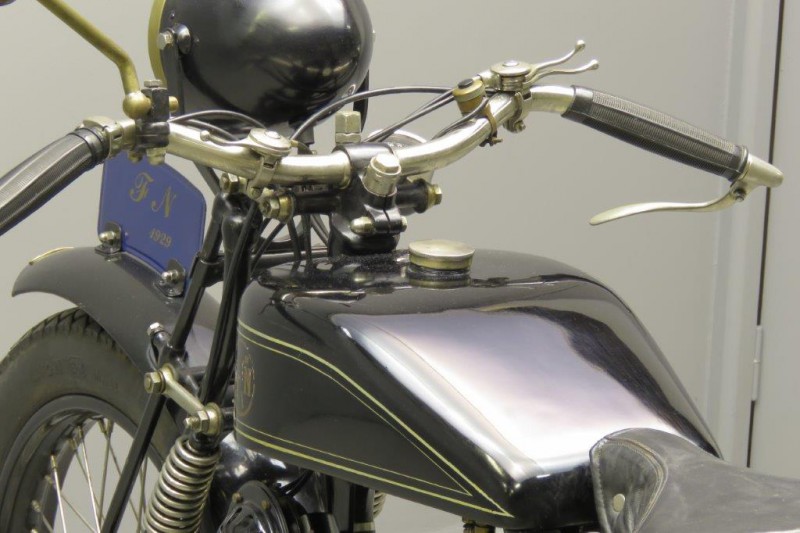 The ohv singles that FN had introduced in the course of the twenties were very successful, but the factory realised they were mainly appealing to the sporty type of rider so it was decided to produce a side valve unit construction model as a utilitarian type of machine.
The model M70 had bore/stroke dimensions of 74×80.5 mm, unit construction engine and 3 speed gearbox.
The external flywheel of the early models was coloured red, hence the model’s nickname of “ Moulin Rouge”.
To prove the model’s reliability two French army officers and a Belgian mechanic crossed the Sahara desert with M 70s in April, May and June 1927.
They covered 6300 KM of desert without the machines failing them.
A heroic performance that brought much publicity to the factory and coined the name “ Sahara” for the brave little machine.
The Sahara was a very successful machine: it was an easy starter, its reliability was high and it had a remarkable top speed of more than 90 km/ hour. Petrol consumption amounted to 2 ½ litres per 100 km, oil consumption to 150 cc per 100 km and the weight was a mere 100 kg.
As to maintenance, the 1929 brochure boldly declared: “virtually non-existent”.
1929 was the first year of the saddle tank; it was also FN’s most successful sales year with more than 14,000 machines produced.
This machine has been restored a number of years ago and comes complete with electric lighting, high-output hand air pump and Jaeger speedometer.