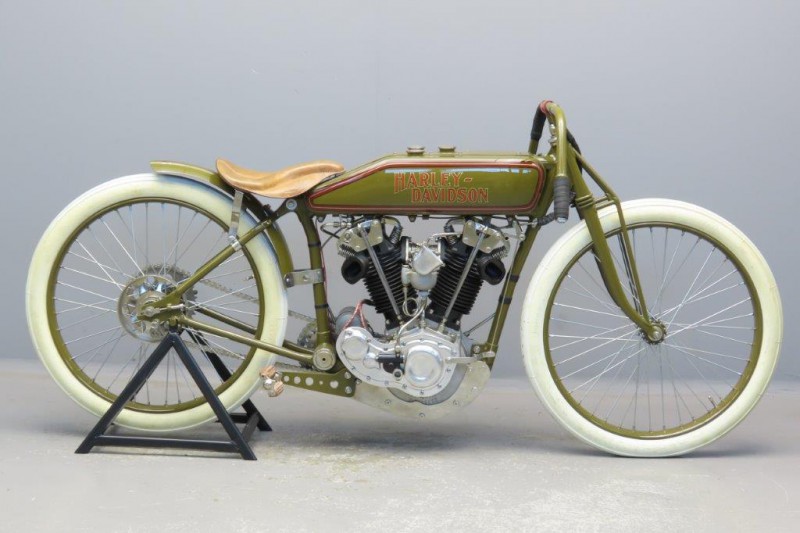 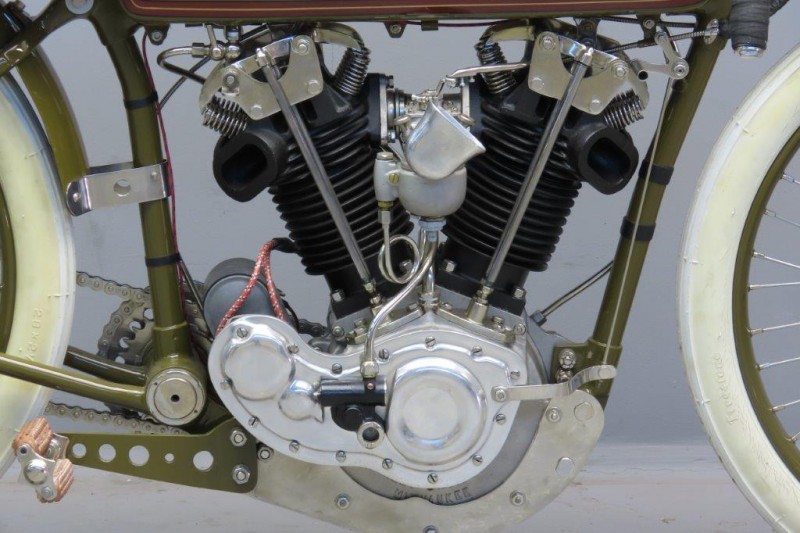 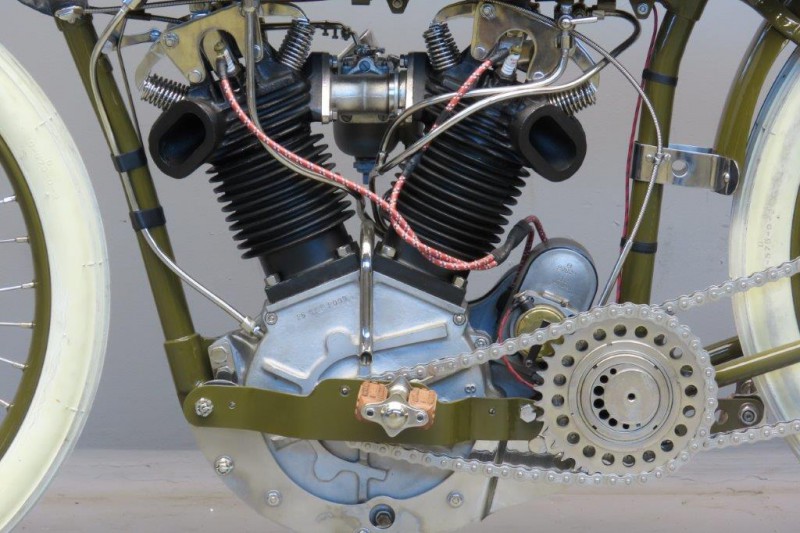 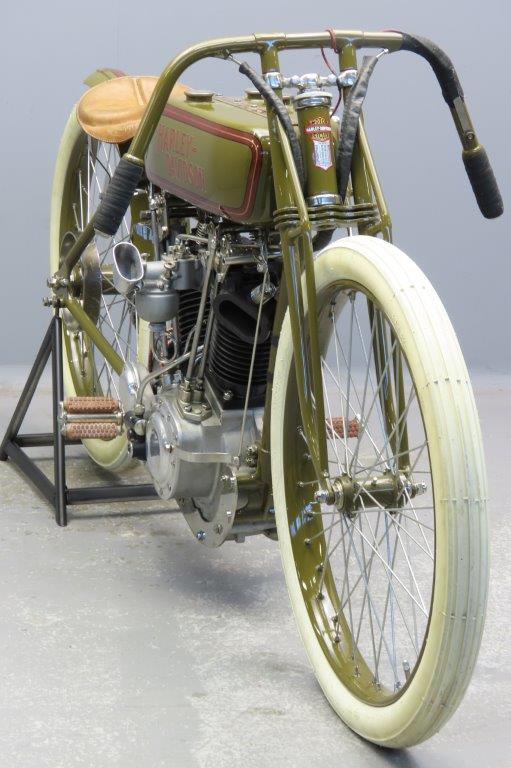 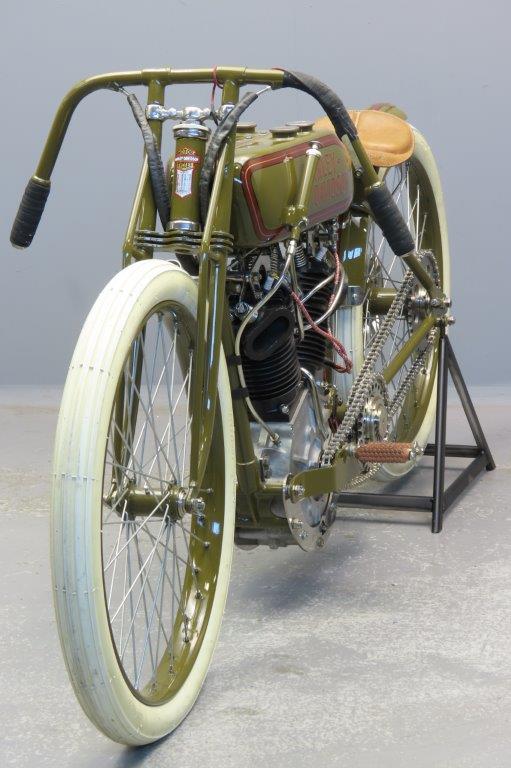 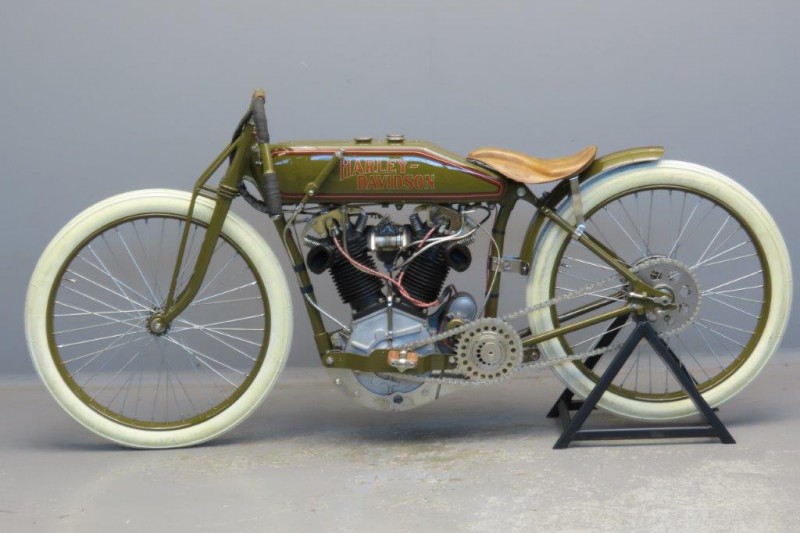 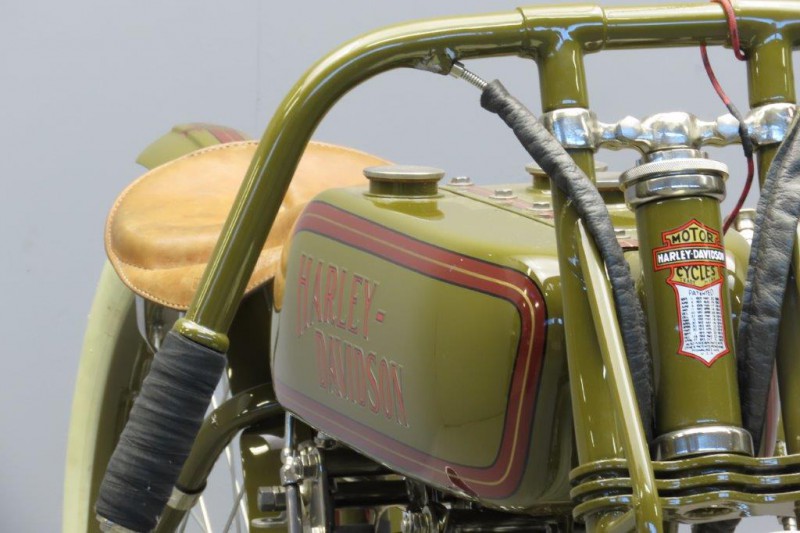 Indian had presented its four valve singles an eight valve twin OHV racers in 1911 and they had been very successful on the racing tracks.
These machines had parallel inlet and exhaust valves. |
The Harley-Davidson company realised they had to come with an OHV concept too but they chose for a design with hemispherical combustion chambers and valves set at an angle of 90 degrees. William Ottaway, the head of the racing department, sought the advice of Harry Ricardo, at the time the leading freelance theorist and practitioner in the young science of cylinder head flow physics.
The new racers kept the standard bore x stroke measurements of the F-head model and initially about six machines were built.
They were immediately successful and in America’s most prestigious race, the 1916 Dodge city 300, Irving Janke rode an 8-valve to victory and Floyd Clymer set the 100-mile record on another 8-valve.
The new racers were also advertised for sale to the public to comply with F.A.M racing rules for “production” machines but the price was so enormously high that is was virtually impossible for the public to buy one.
Instead, the company put them at the disposal of carefully selected riders.
It is estimated that fewer than 50 8-valve racers were built between 1916 and 1928, the final year.
The absolute rarity of original machines and their compelling beauty have urged the notion of building replicas and this impeccable specimen was built by a Harley-Davidson specialist to a very high standard.

It’s a good starter and hearing and seeing it run is, to put it mildly, quite an experience.