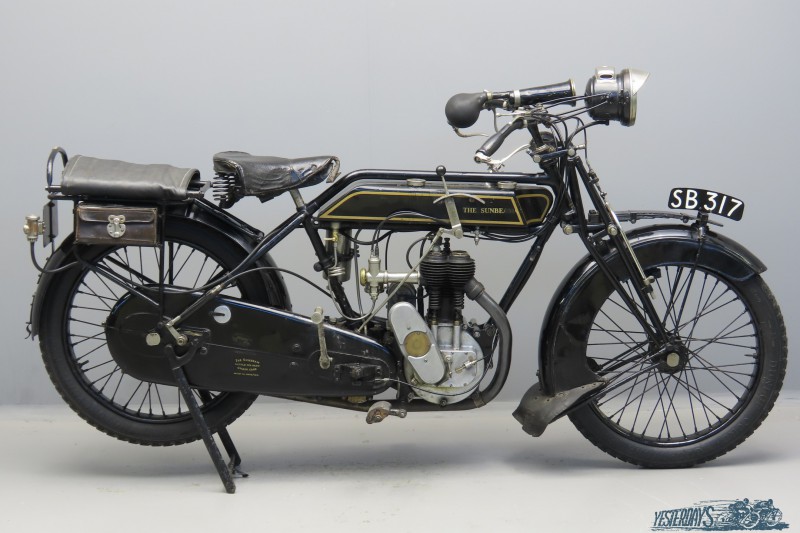 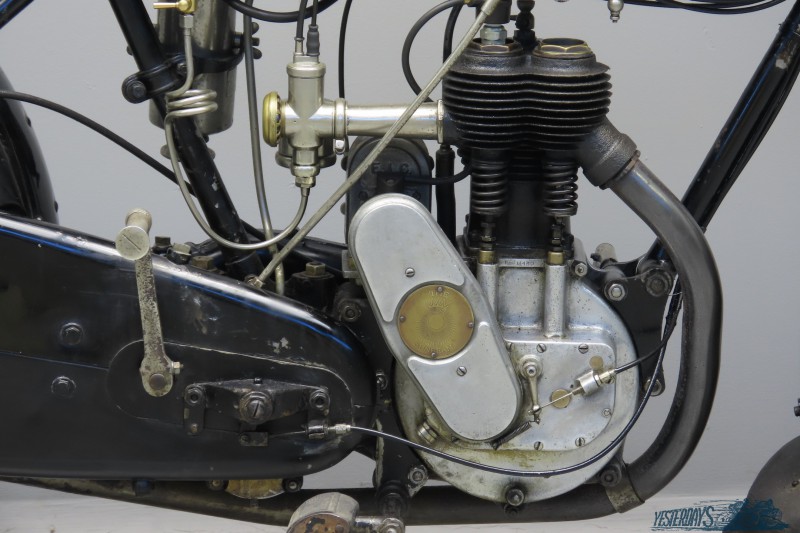 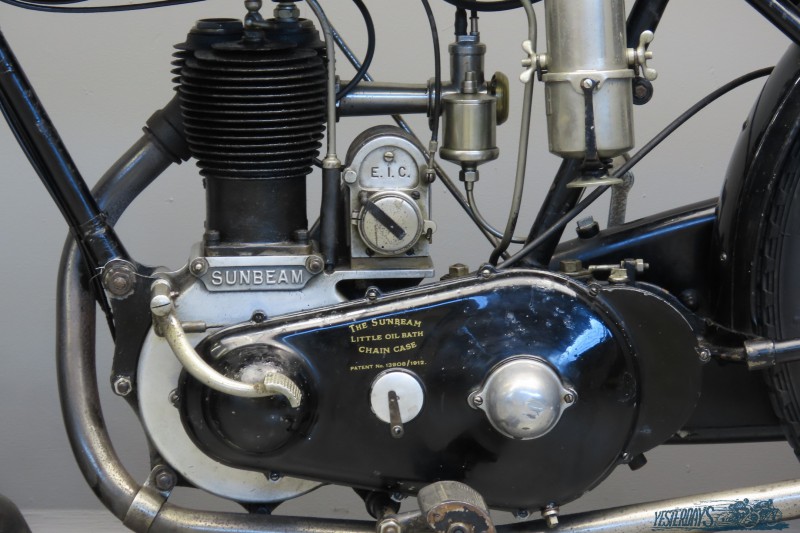 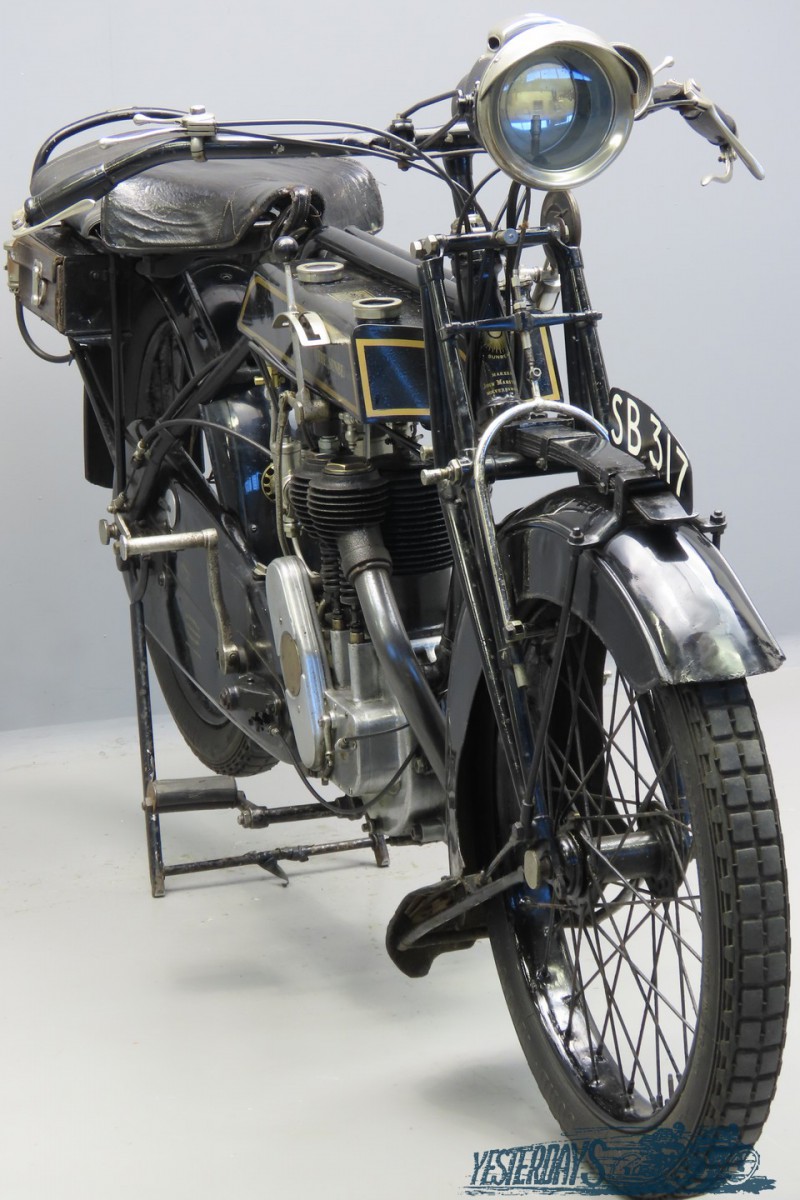 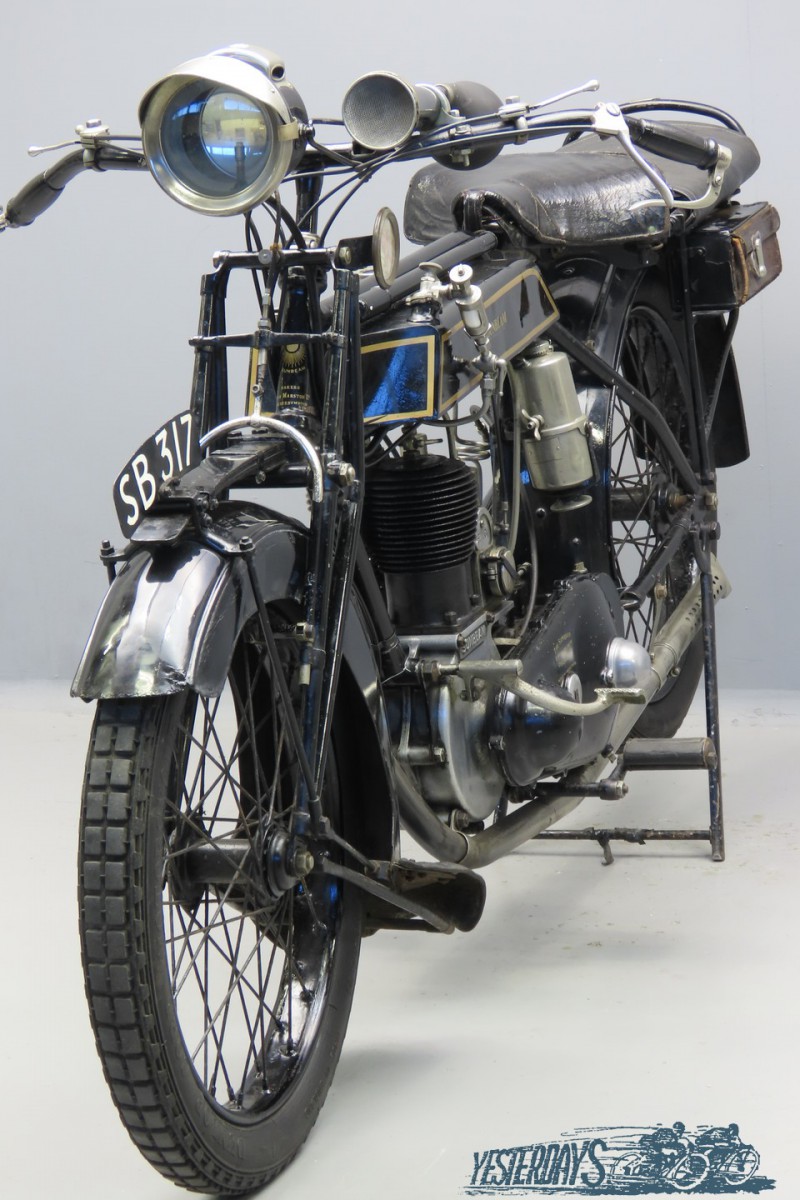 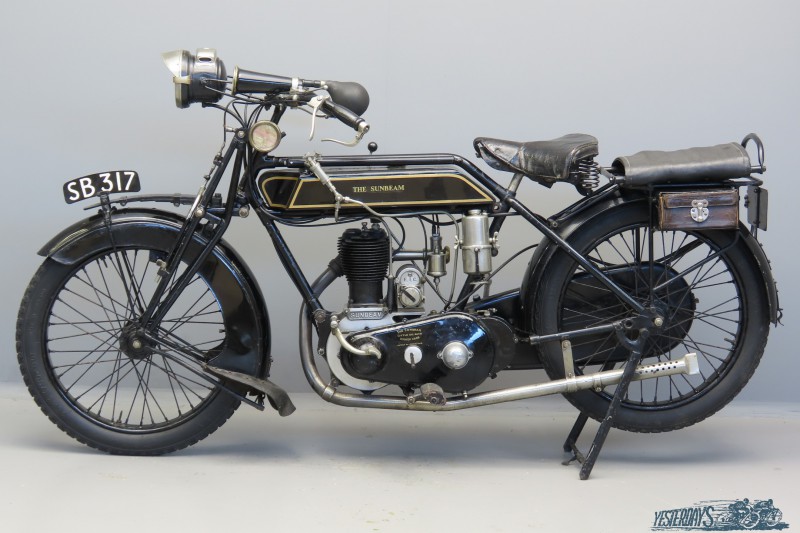 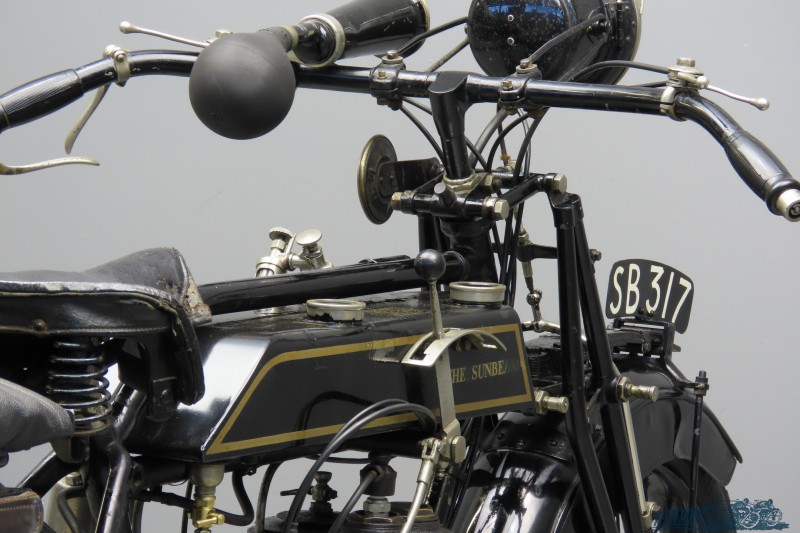 The Wolverhampton based firm of John Marston Ltd. earned fame for their superb bicycles at the end of the 19th and beginning of the 20th century.
In 1912 their first motorcycle was presented. It was equipped with a 2¾hp model designed by Harry Stevens, one of the talented family of Stevenses later to found their own company not far from Sunbeamland.
In general motorcycle design and manufacture was done according to the standards set for the Sunbeam bicycles: elegance, silence, reliability and impeccable finish were the key words.
At the end of 1913 a 3½ HP model (85x88mm) was launched, a model that would make the Sunbeam name world famous.
Nickel plating on Sunbeams was kept to a minimum, almost all parts were enameled black.
The enamel was of outstanding quality, as witnessed by many vintage Sunbeams still having their factory finish.
The whole machine followed John Marston’s dictum of the best possible quality allied to the best possible specification.
Some of these outstanding feaures are the aluminium alloy primary chaincase and the “ Little Oil Bath” enclosed rear chain.
In general the models changed little over the years, once a feature had proven itself it was kept on for quite some time.
For 1920 three models were available, a touring and a sports model in the 500cc class and a sidecar machine with 996cc JAP V-twin engine.
A practical feature was the internal expanding rear brake, which was by no means a standard fitment in 1920 on British machines.
The same goes for the leaf spring front forks: these were mainly used in 1920 and 1921 on Sunbeams, most later models got the Druid-patent forks that were made under license at Sunbeamland. This gentleman’s motorcycle is an older restoration in good condition throughout.
She has been fitted with a comfortable Terry spring seat saddle and comes with Lucas acetylene lighting system, bulb horn, original Brooks leather fronted toolboxes and Bowden Spring Seat pillion.