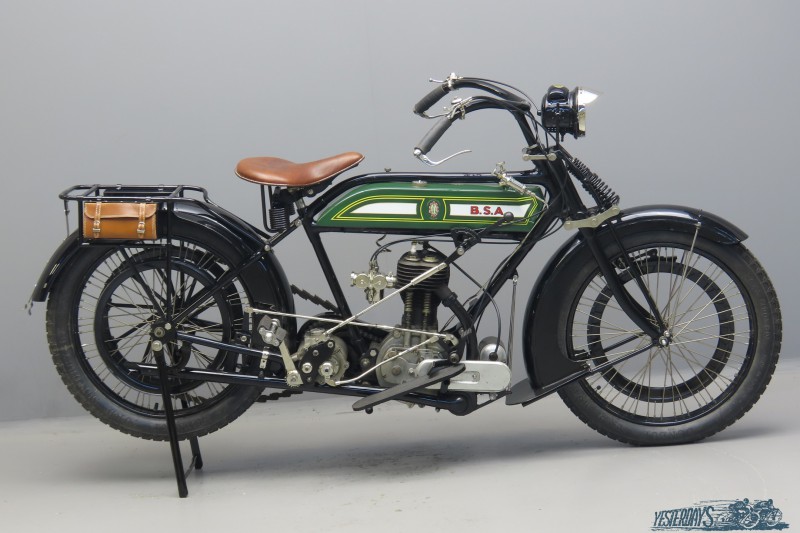 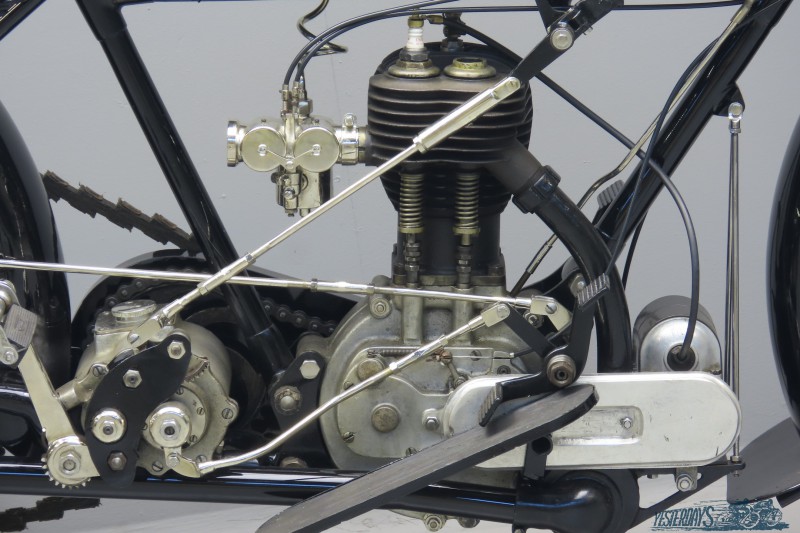 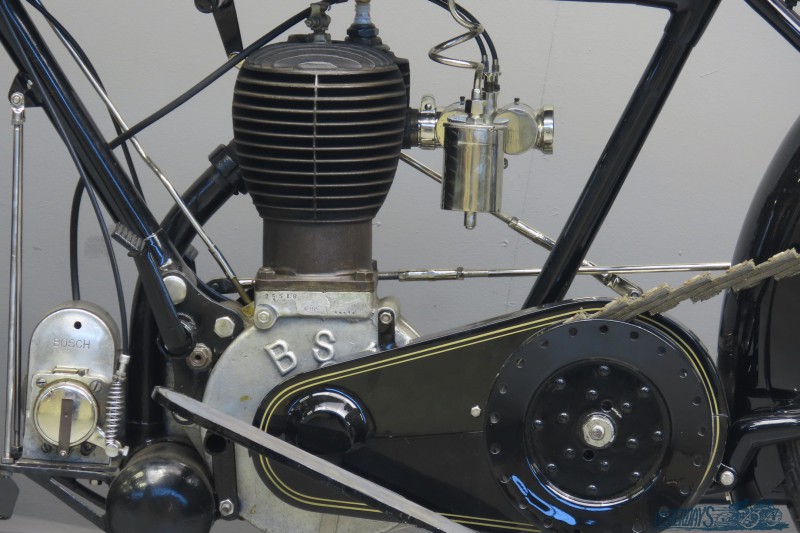 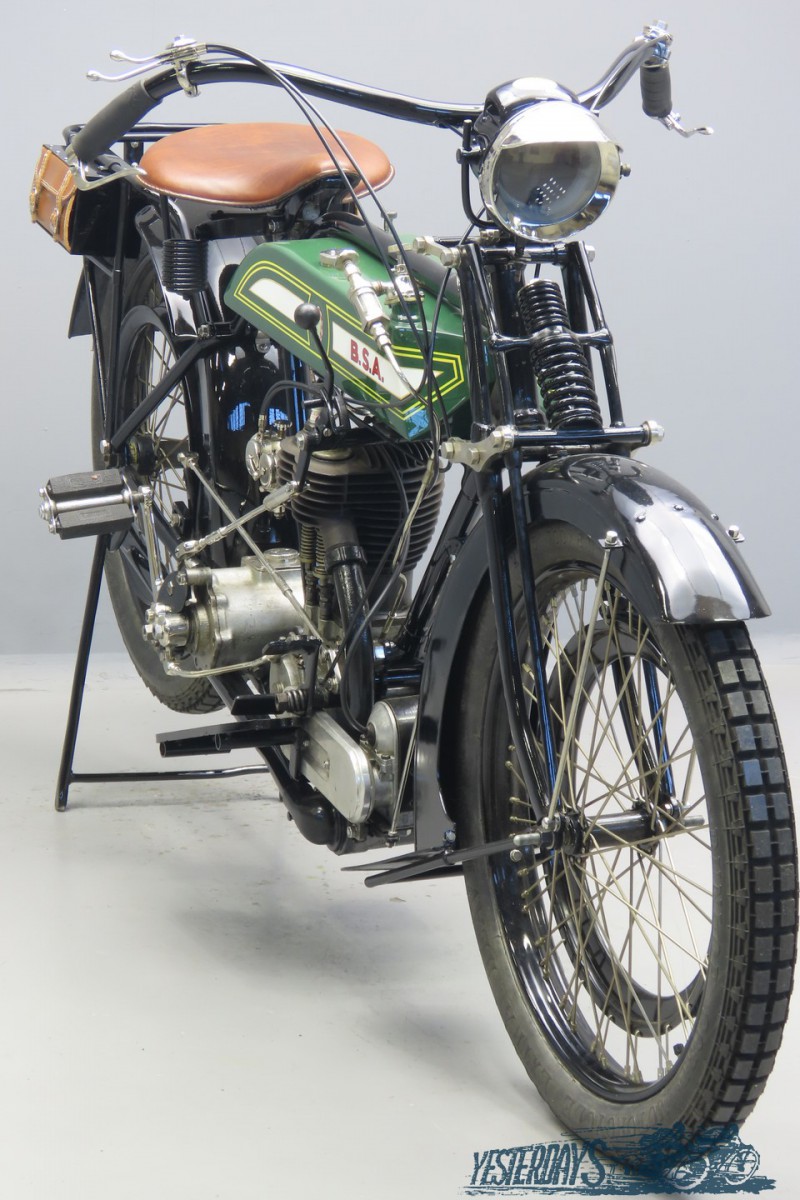 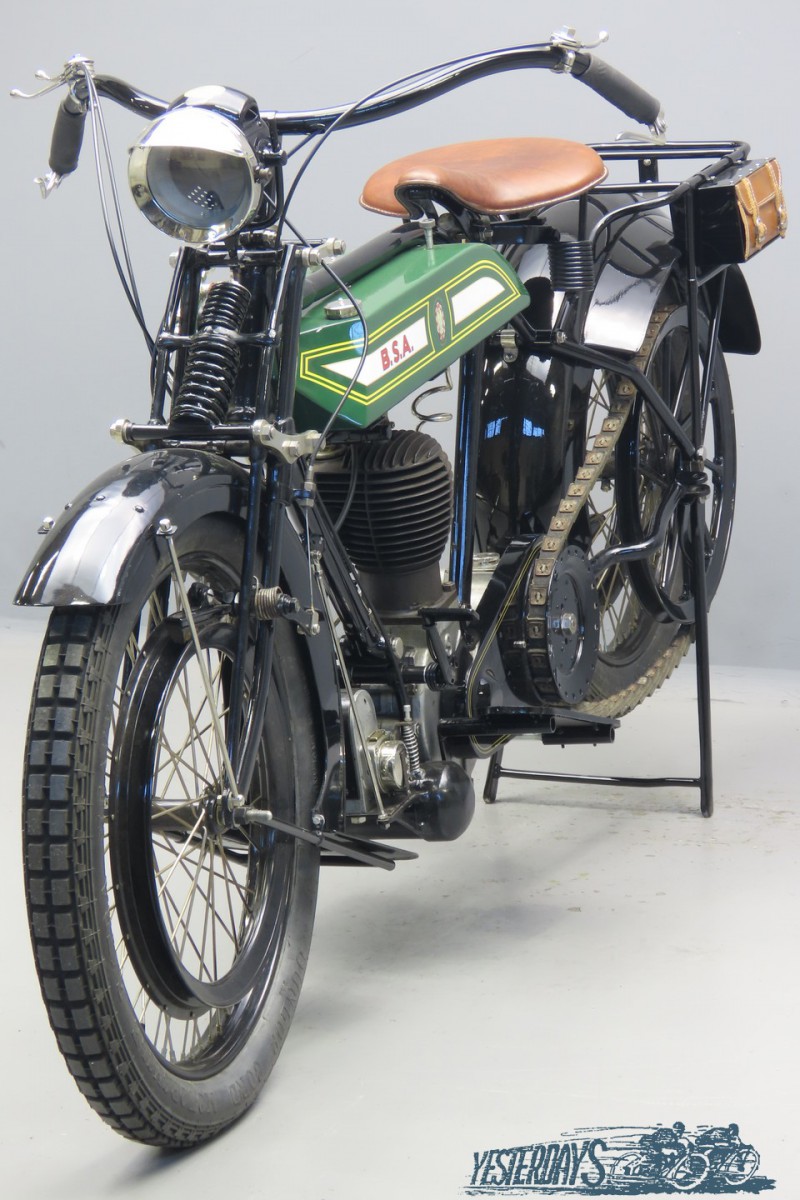 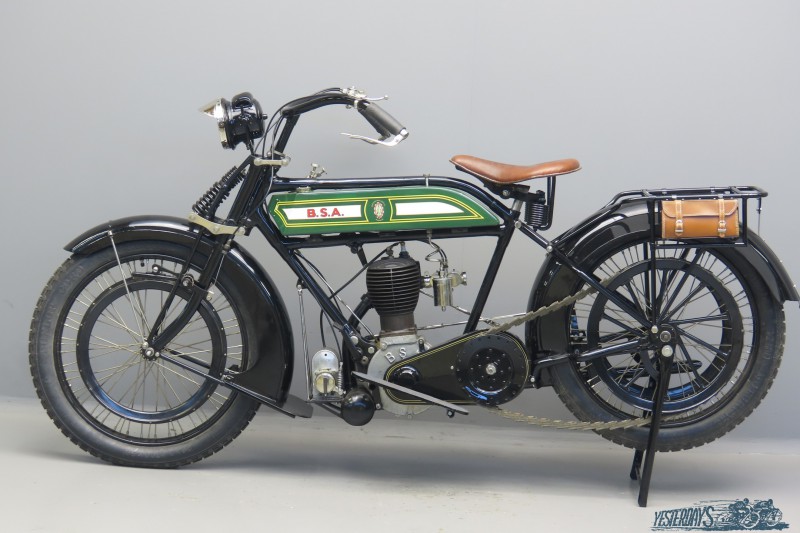 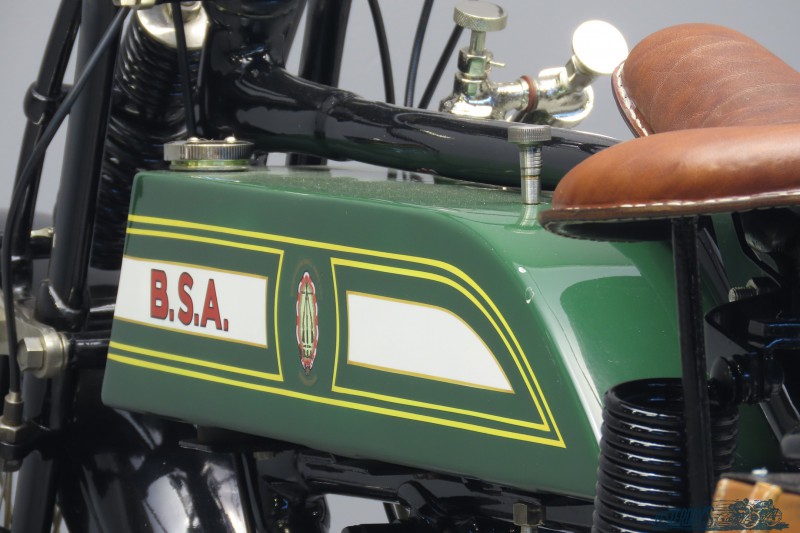 BSA entered the motor cycle market with a sturdy 3 ½ HP belt driven single-geared machine, that was displayed at the 1910 Olympia show.
It was constructed almost entirely from BSA- made components and was produced from the company’s Redditch factory.
Within six months from their launching, BSAs were selling well.
The machines were easily distinguishable among rival makes by their yellow and green painted tanks.
For 1917 there was a choice between a 85×88 3½ HP single speed TT model and a 85×98 4¼ HP model.
This latter machine was offered as being especially suitable for sidecar work.
It also had the 3-speed BSA gearbox with foot controlled clutch that was introduced in 1914 and a double barrel BSA carburettor.
The 4 ¼ HP model was well- engineered and equally well-made and was available in two versions, the Model “K” with chain-cum belt transmission and the model “H” with enclosed all-chain drive.
From 1915 on many 4¼ HP models were ordered by the military authorities for war duties and the sturdy and well-built machines did sterling service.
This recently restored “K” comes with “Bobjon” acetylene headlamp.
She has not run after a cosmetic restoration so she will need some attention to get her up and running.