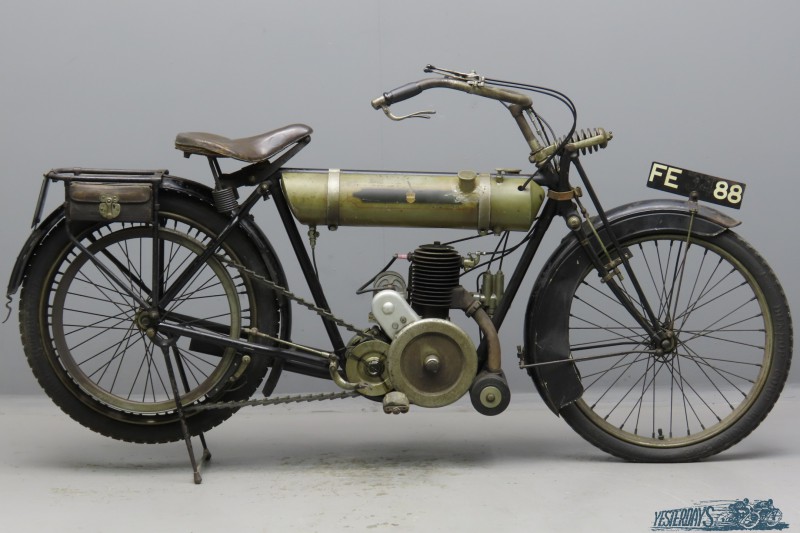 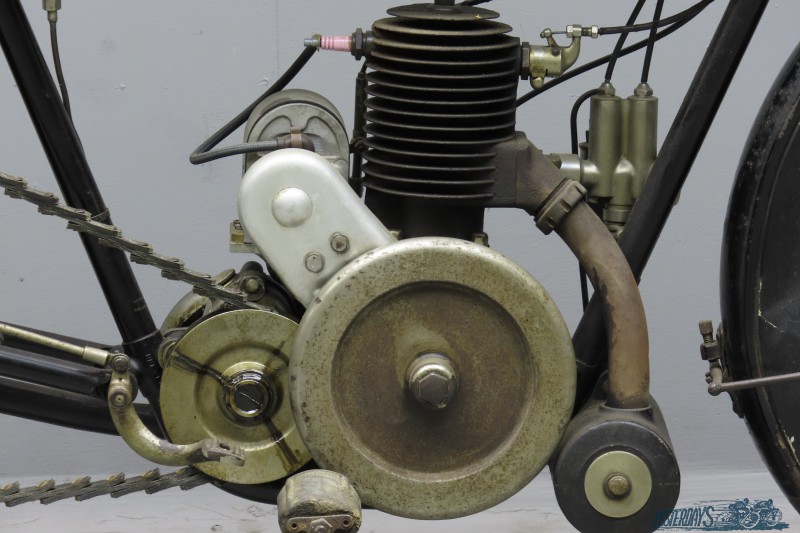 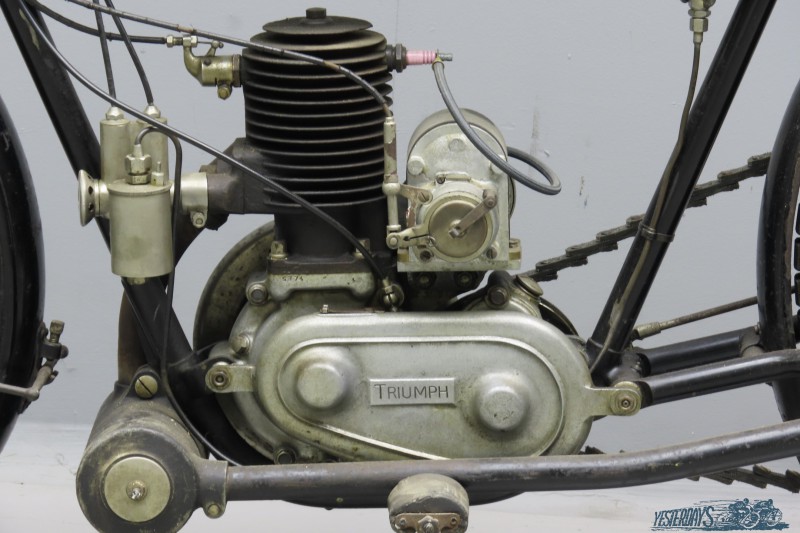 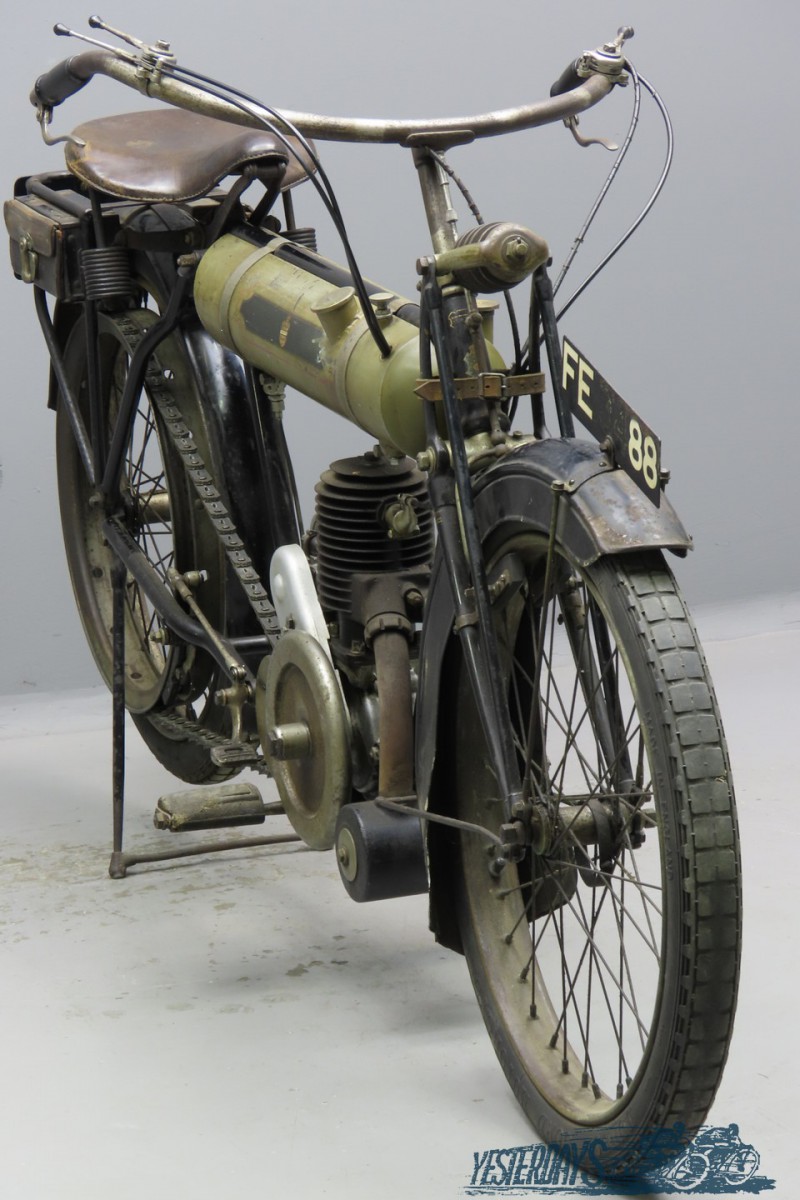 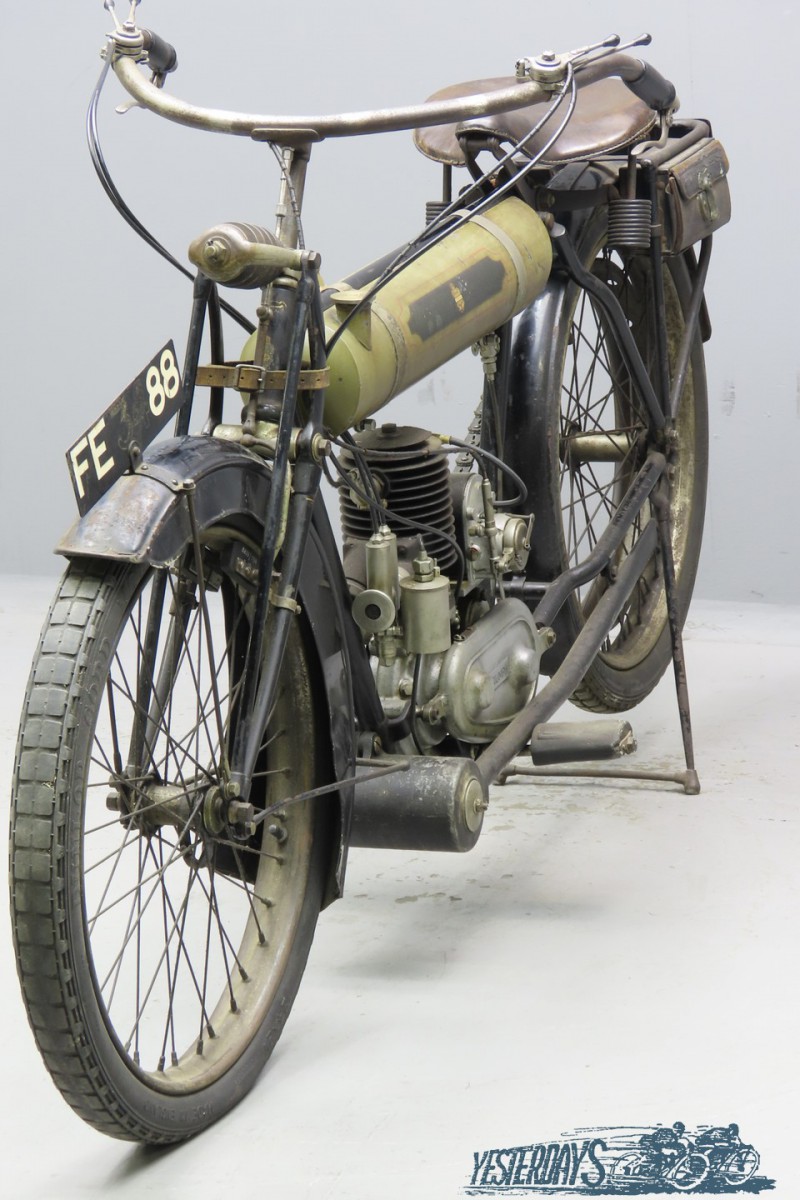 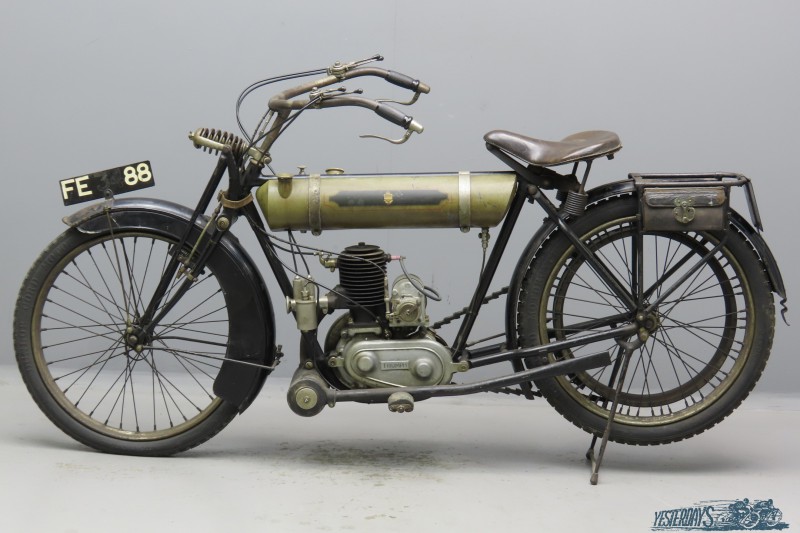 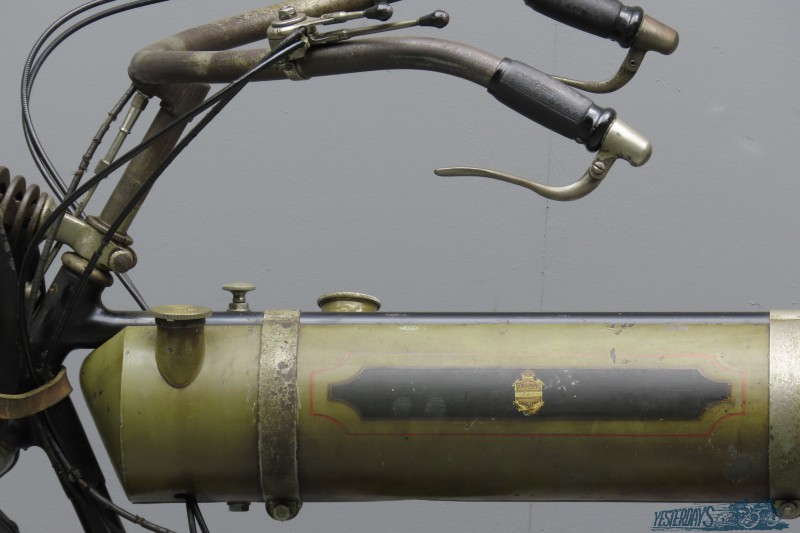 Initially the Model LW engine was of 225cc capacity, and although it had a diminutive 2-speed gearbox there was no clutch or kick-start.
(A clutchless gearchange was achieved by a swift opening of the engine’s pressure relief valve.)
For its last three years the engine capacity was increased to 250cc and a clutch and kickstart were added.
Production continued during the 1914-18 war years for the Model LW was also used on war service.
Manufacturing competitors and owners of products of those other motor cycle manufacturers, claimed that the Model LW was nicknamed ‘The Baby’ because it never went anywhere without its rattle! ( source: Peter Cornelius. For more details, technical information, performance figures, and much more, you can refer to the very informative booklet Peter has written covering this model.)
http://users.actrix.co.nz/cornelius/Triumph/ModelLW.htm
Weight of this very tractable machine is around 60 kg and she has a cruising speed of about 55km.
The machine we offer was first registered in Lincoln and she has been part of a museum collection for many years, which might explain her remarkable state of preservation.
Most of the original enamel and nickel work is still present.