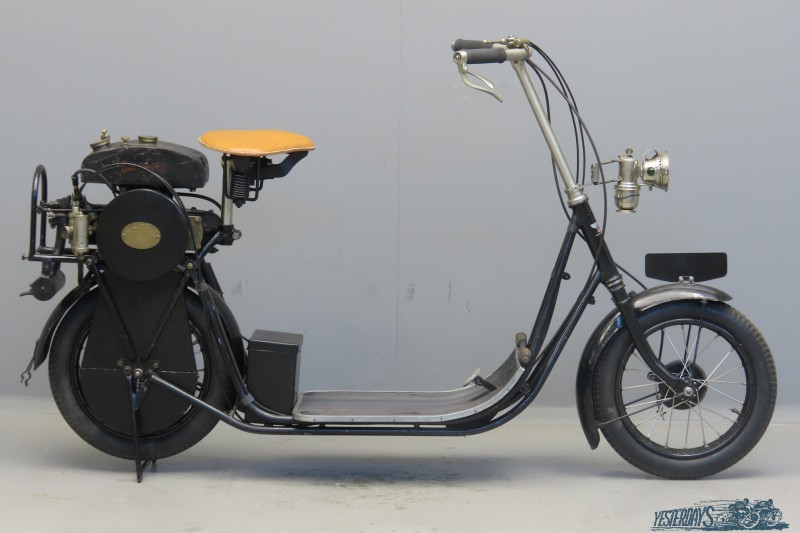 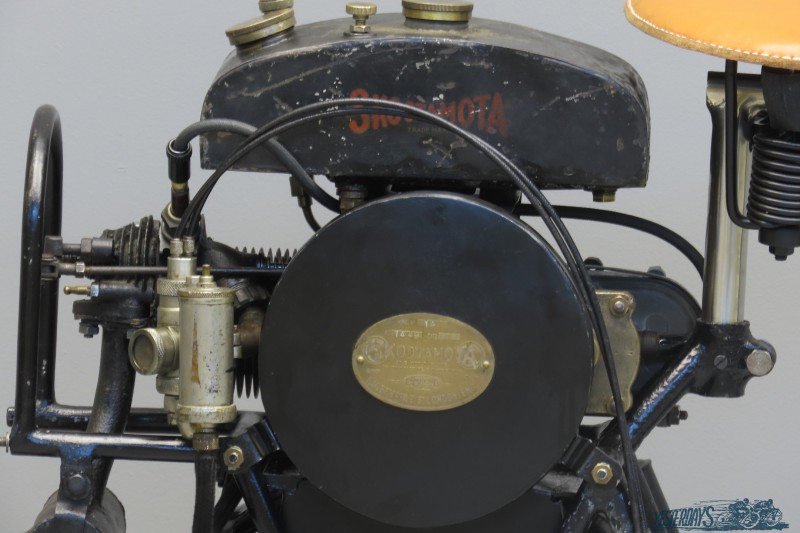 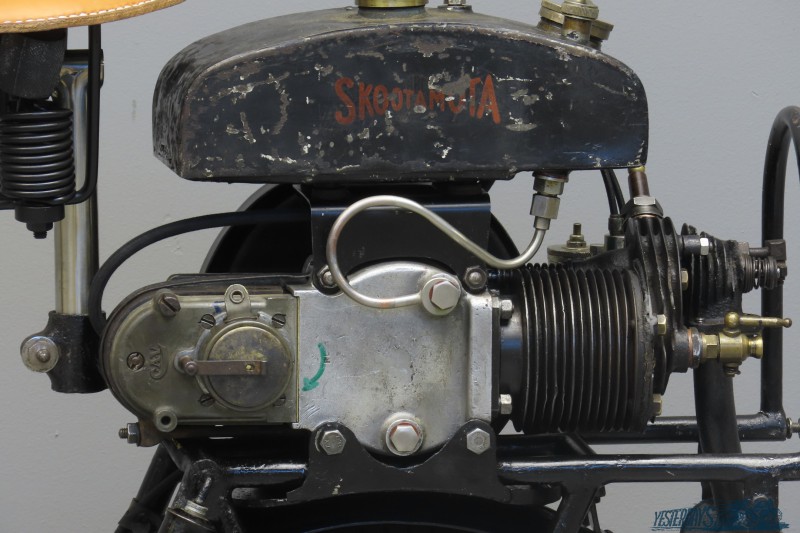 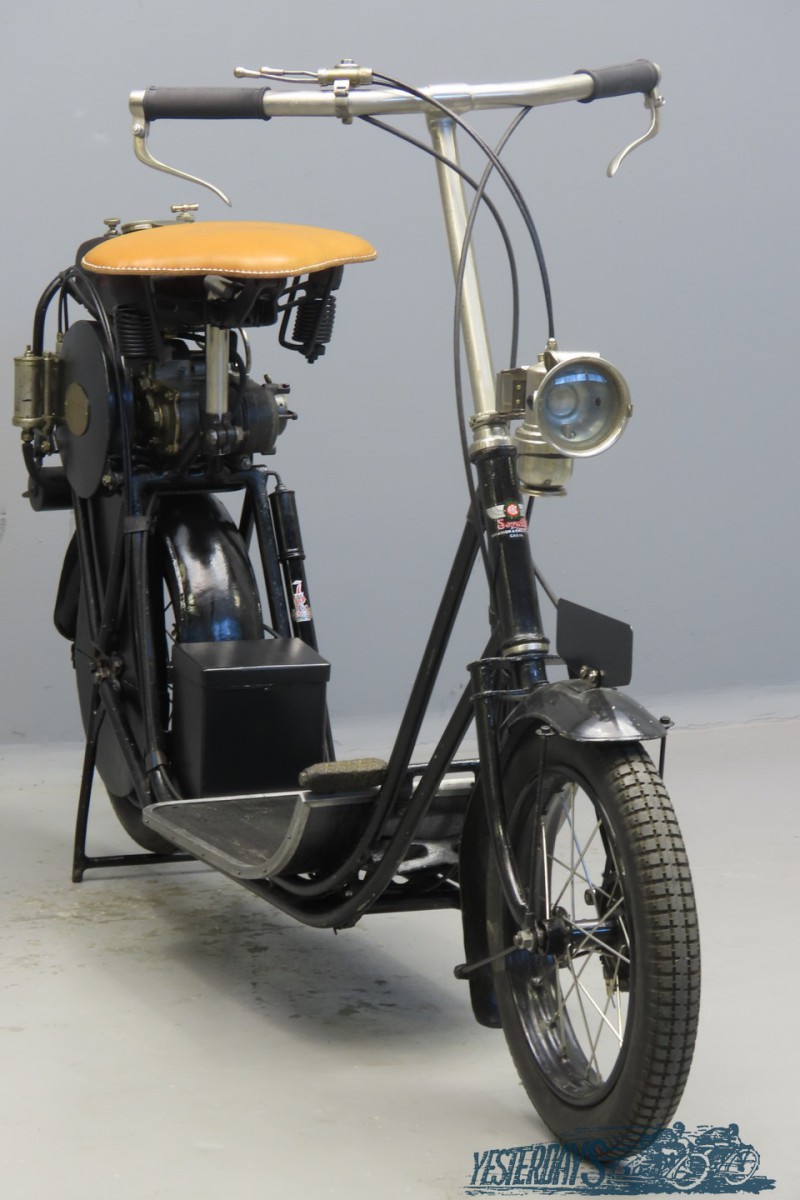 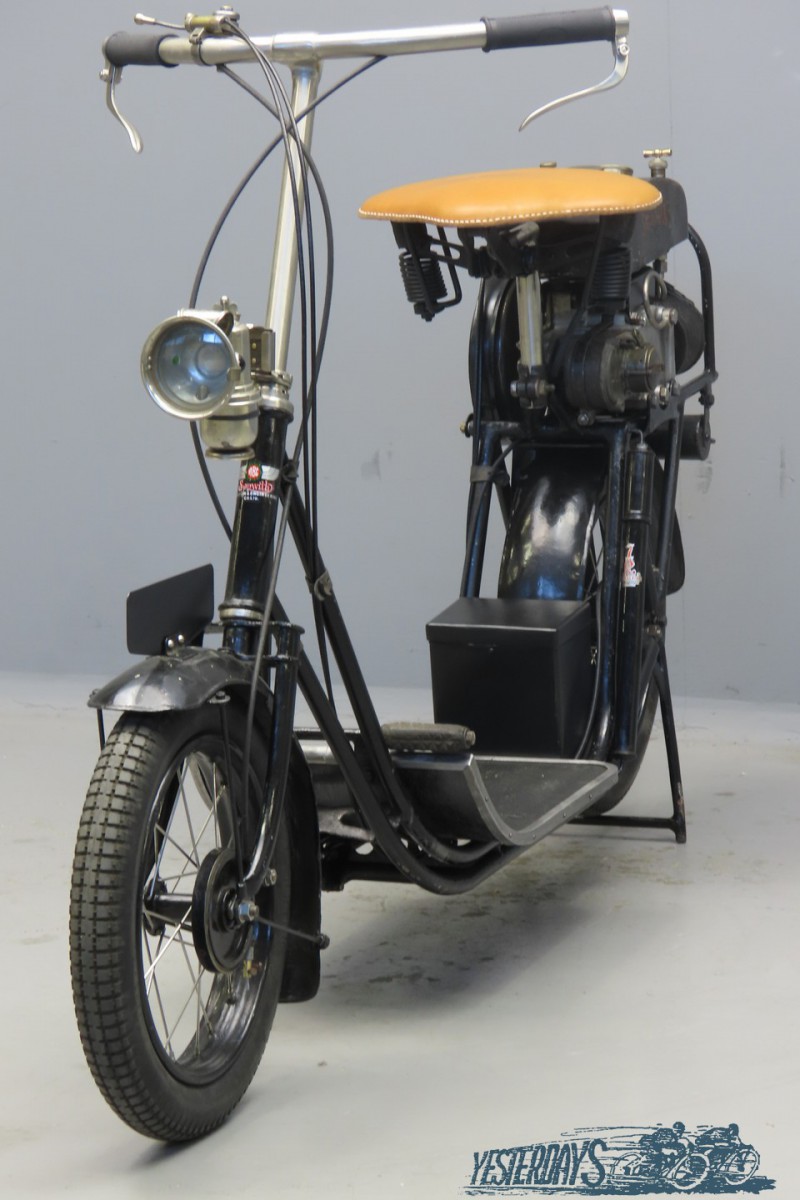 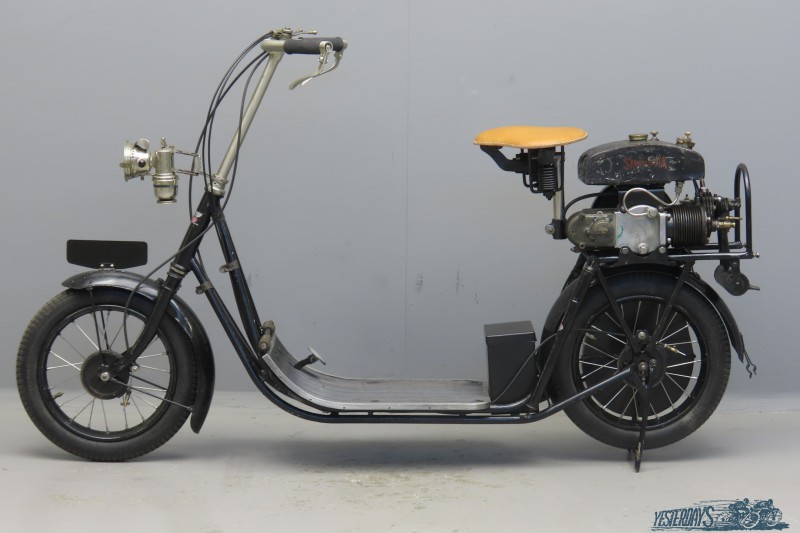 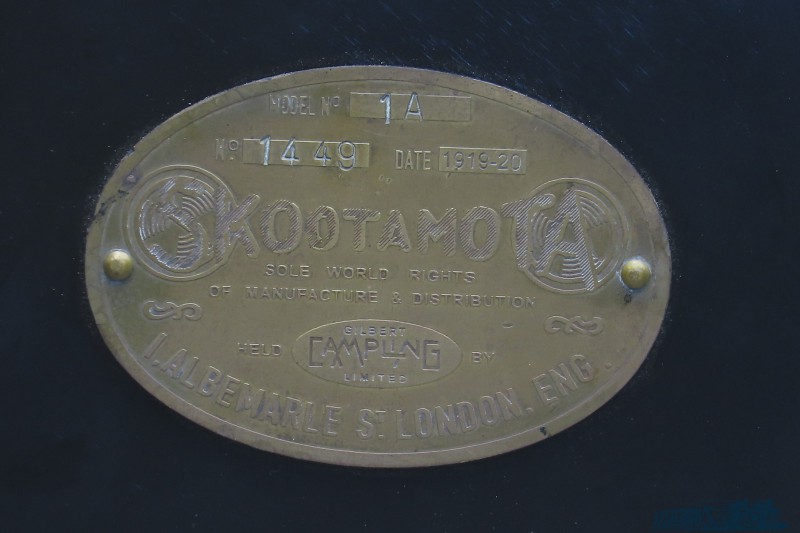 Around 1920 there was both in Europe and the USA a short-lived interest in motorised scooters.
Scooters were light, cheap to run and simple to use; it was thought that they might attract new (female) urban customers, that would not so easily choose for a conventional motorcycle as means of transport.
|The ABC (All British Cycle) is one of the very first scooters and probably the best of the first generation of machines.
Introduced in 1919, the Skootamota was the work of engineering genius Granville Bradshaw, creator of the advanced ABC flat-twin motorcycle produced by the Sopwith Aircraft Company. Although designed and introduced while Bradshaw was working for ABC, the Skootamota was manufactured and marketed by Gilbert Campling Ltd of Albemarle Street, London W1.
The Skootamota was powered by an oversquare 60x44mm 123cc ‘exhaust-over-inlet’ engine mounted horizontally above the rear wheel with the cylinder pointing backwards.
The 16” rear wheel was driven directly by a fully enclosed chain. A later version, the Model 1B, had a full overhead valve engine.

The tubular frame is light but strong and made a very manageable machine with a speed range of up to 20 mph. “One push with the left foot on the ground starts the engine and the machine” stated the brochure.
Unlike some machines of the period it is fitted with a seat and was used quite prominently on the roads of the period.
Braking is via band brakes front and rear. The step-through concept, so popular with the ladies, was decades ahead of the fashionable scooters of the 1950’s and 1960’s.
The Skootamota lasted into the early 1920s by which time the first ever ‘scooter boom’ was at an end.

The specimen on offer is in nice condition with newly wound magneto.
Spark and compression are excellent and both inner and outer tyres (Dunlop Carrier) are new.