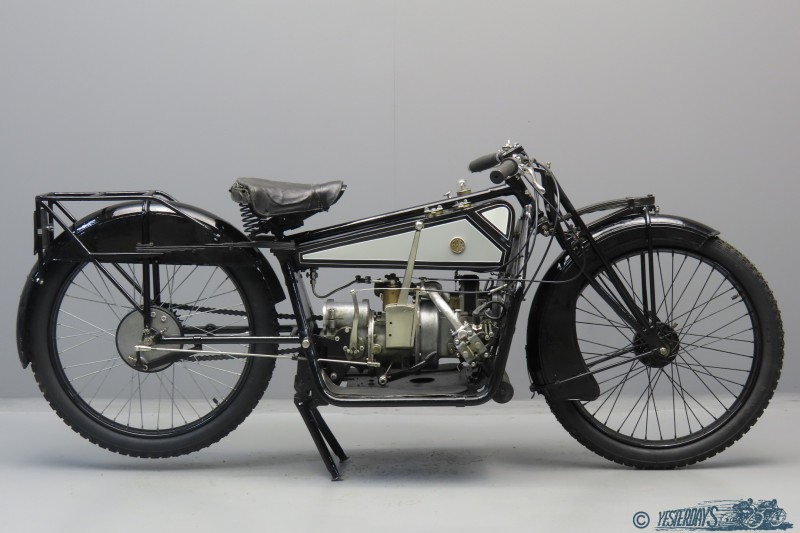 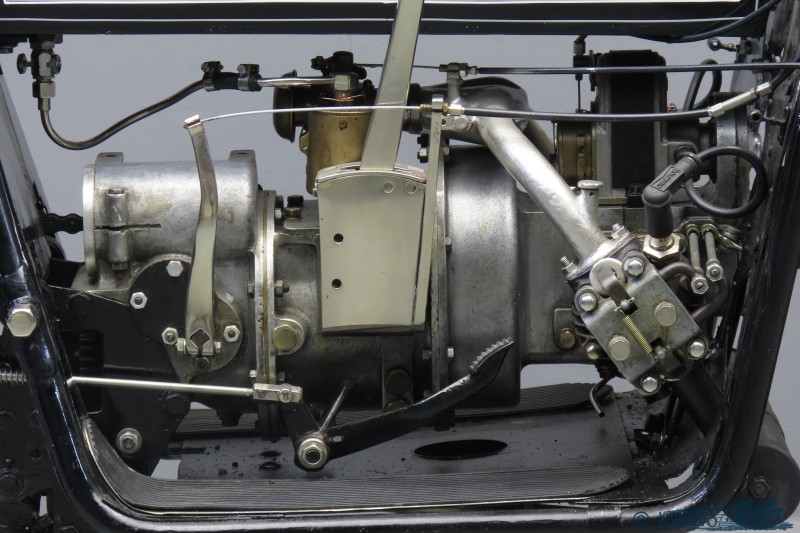 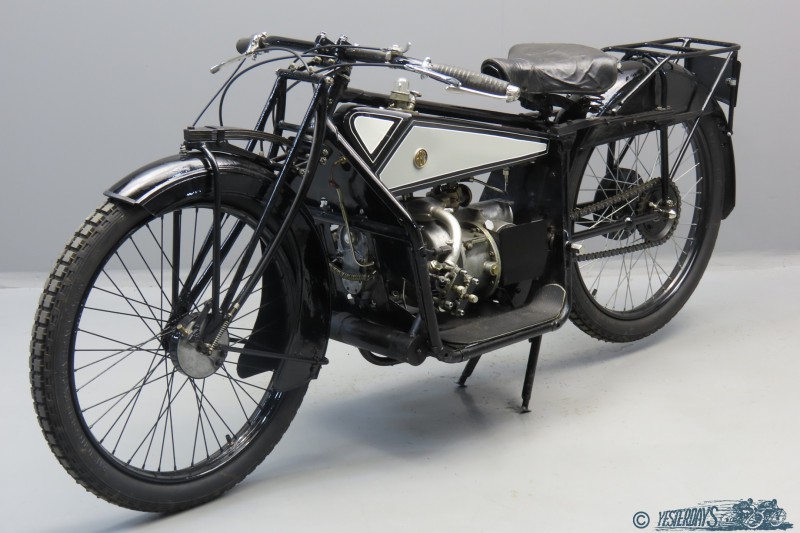 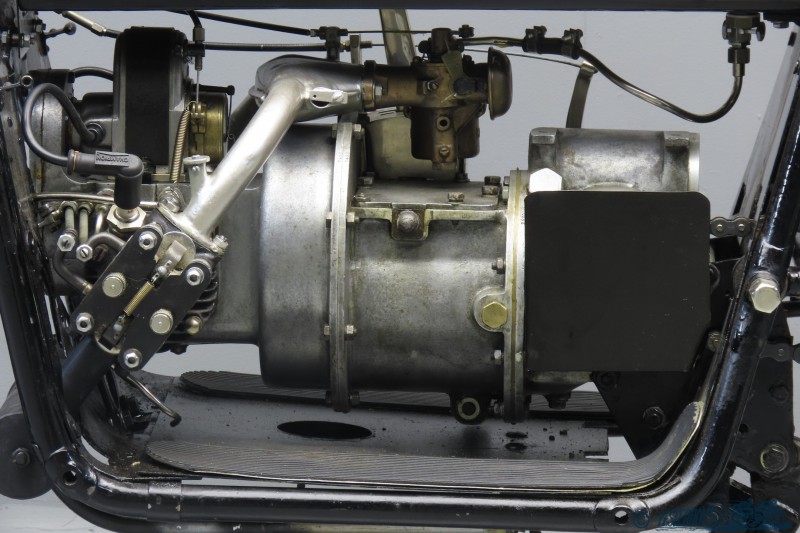 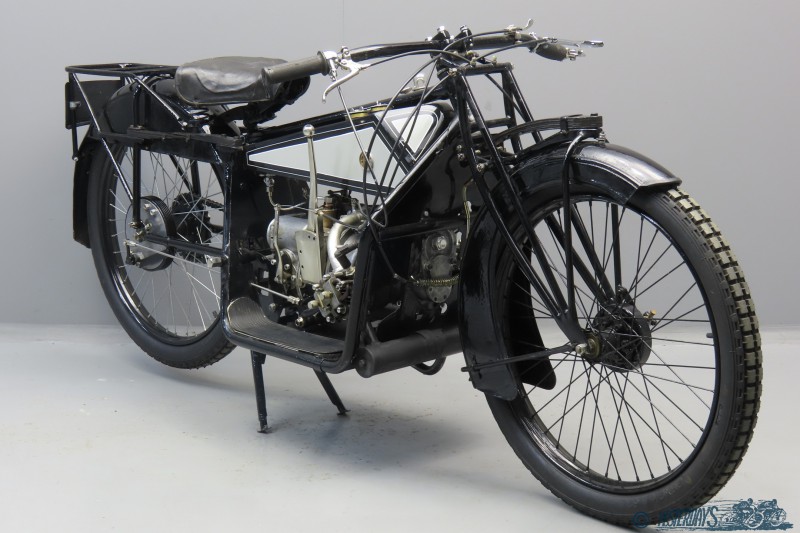 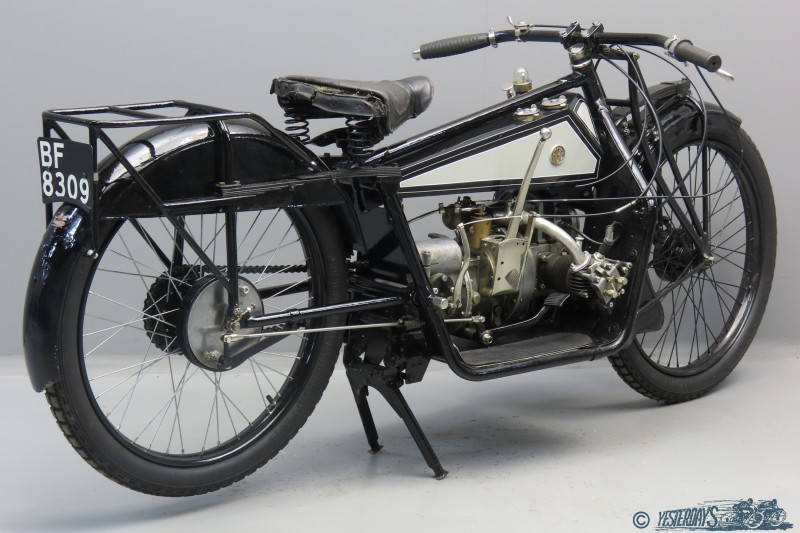 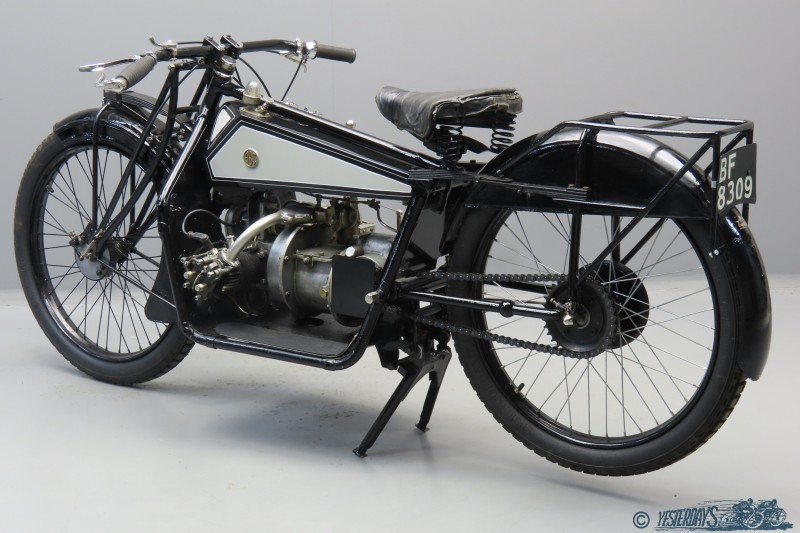 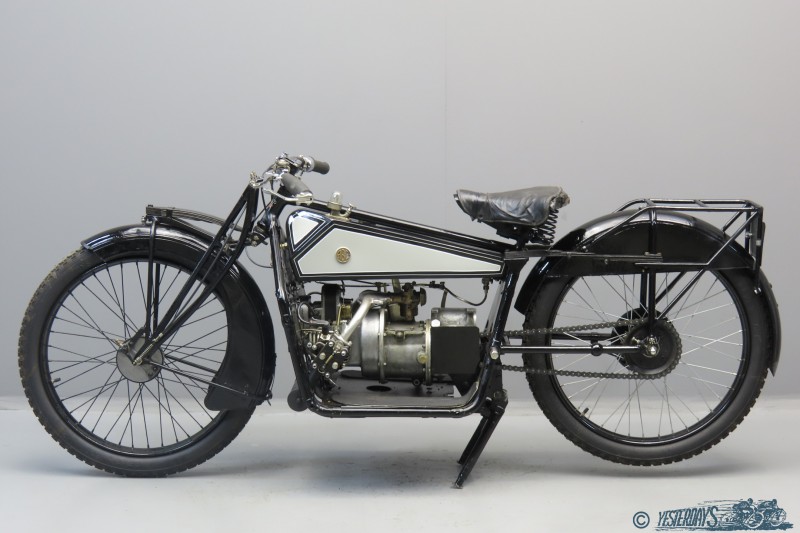 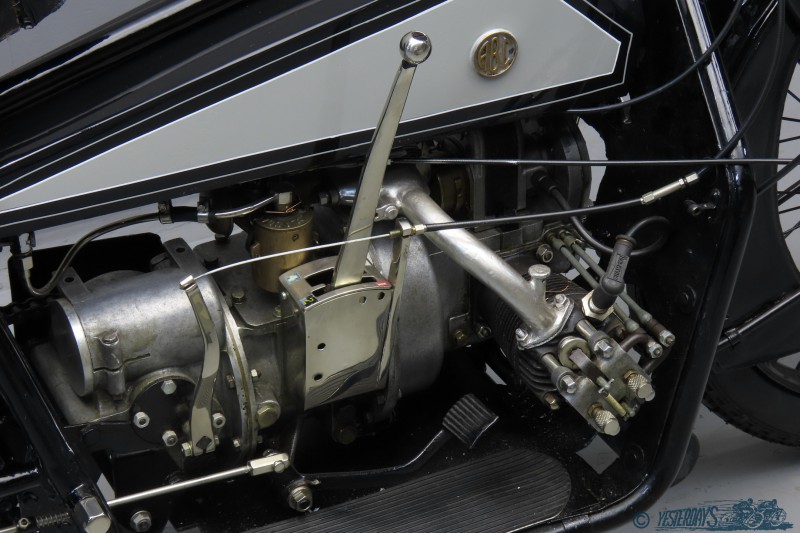 The ABC, designed by engineering genius Granville Bradshaw, was definitely years ahead of its time at its birth in 1919: transverse ohv twin, four speed gearbox, cradle frame, front and rear springing, drum brakes, centre stand, single lever carburettor and incorporated leg shields are a number of the machine’s modern features. A kick-starter, however, was seen as surplus to requirements because the machine was easily push-started. From April 1920 it was available as an option, though. Bradshaw produced a prototype of the machine within 3 weeks; the design was sold to the Sopwith Aviation company who announced it in December, 1918. Sopwith took up production in an effort to keep the 3,500 strong workforce employed when the need for aircraft had diminished strongly after the end of the war in 1918.
Originally the selling price was set to £70, soon a price of £160 became realistic and later it turned out that any price under £300 was bringing a loss to the manufacturer. So the price had to become too high, customers turned away and Sopwith Engineering went into liquidation in September 1920 and the entire stocks were sold to Jarvis & Co, who continued to supply spares and to service ABCs until the early thirties. In effectively eleven months of production some 2,300 machines were made. The ABC has bore x stroke of 69 x 54mm and is fitted with a single-lever Claudel-Hobson carburettor and 26 x 2 ½ tyres. According to the brochure the 2 ¼ gallon tank capacity is equivalent to about 250 miles.
This innovative design machine is an older restoration in good condition. She comes with an extensive information file containing photostat copies of instruction book and Jarvis spare parts list, invoices, ABC-related articles from various magazines and dozens of detail photos of various ABCs. She was discovered in a dismantled and incomplete state in a chicken shed in 1942. Not until about 10 years ago the restoration was taken up, in which process some parts had to be remanufactured or adapted. Twist grip carburettor and ignition control was standard on the ABC, with this specimen the magneto advance control is operated from the handlebars. All components for a kickstart come with the machine. The ABC has run after restoration but she requires running in. Interesting ABC information can be found on the website https:/ www.abcroadmotors.co.uk