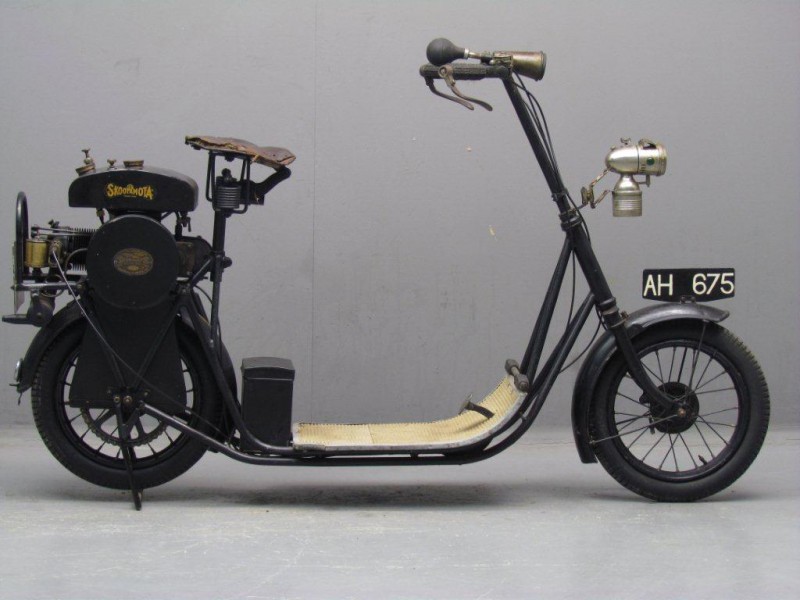 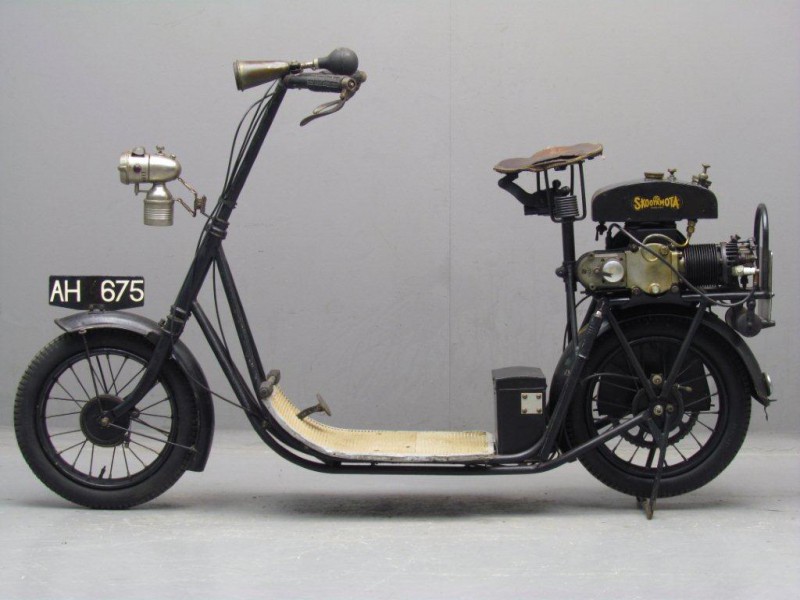 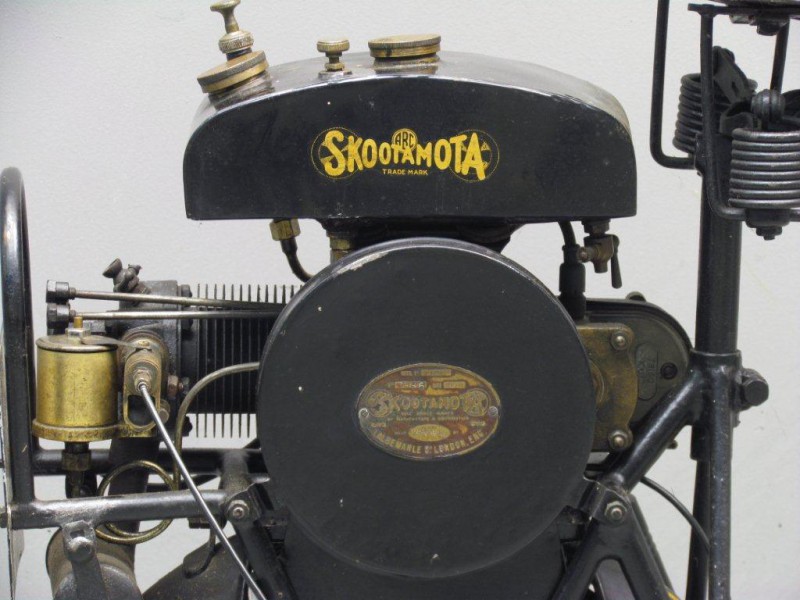 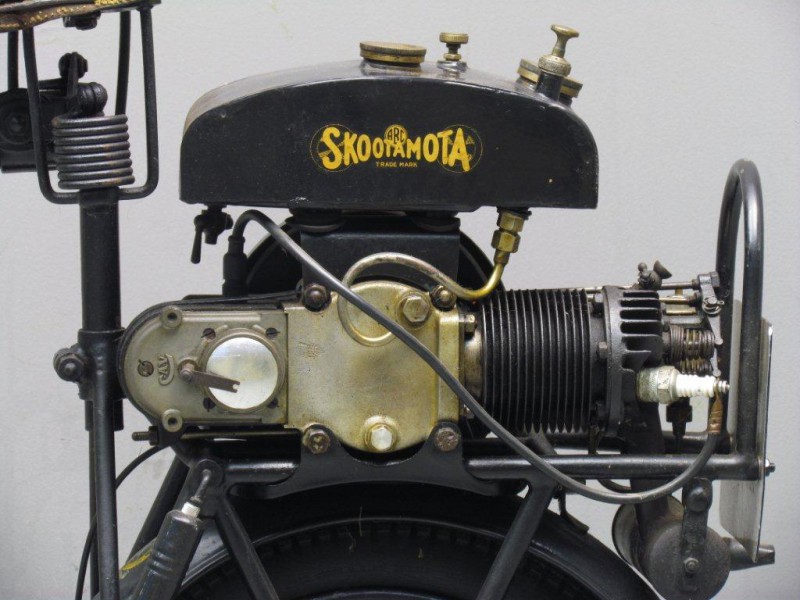 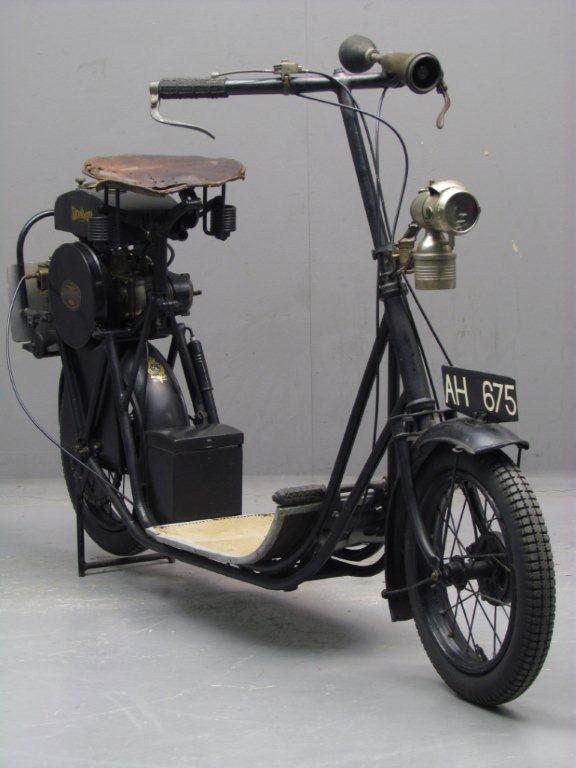 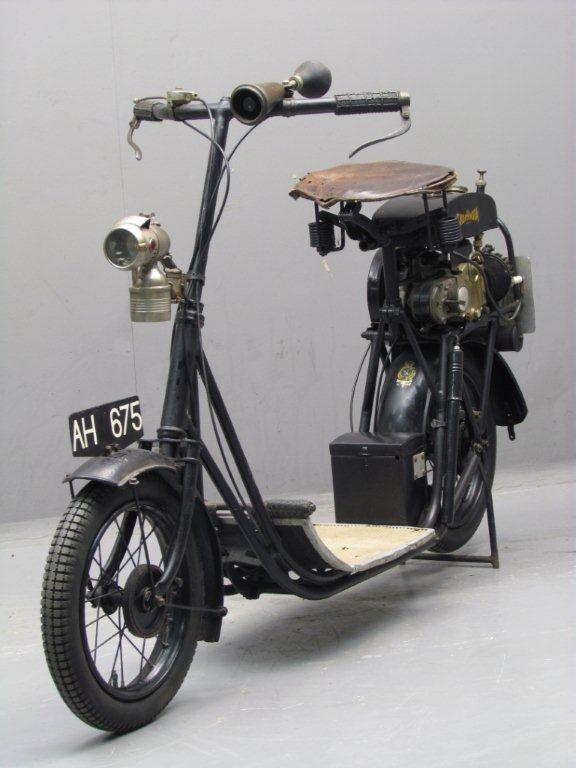 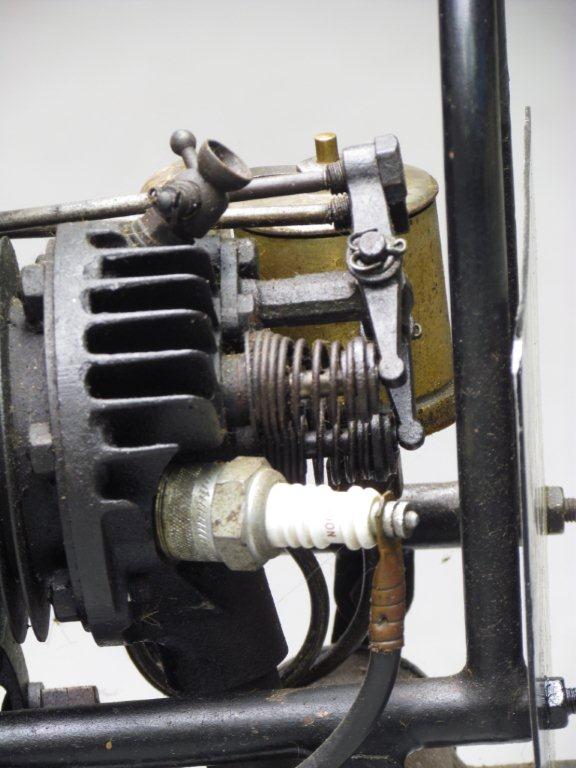 Around 1920 there was  both in Europe and the USA  a short-lived interest in  motorised scooters.
Scooters were light, cheap to run and simple to use; it was thought that they might attract new  ( female)   urban customers, that would not so easily choose for a conventional motorcycle as means of transport.
The ABC (All British Cycle) is one of the very first scooters and probably the best of the first generation of machines.
It was designed by the prolific and inventive Granville Bradshaw and uses a 60mm by 44mm overhead exhaust valve single- cylinder engine driving the 16” wheel by chain.
Later models – such as this one is- have  a full OHV configuration.
The tubular frame is light and made a very manageable machine with a speed range of up to 20 mph. “ One push with the left foot on the ground starts the engine and the machine” stated the brochure.
Unlike some machines of the period it is fitted with a seat and was used quite prominently on the roads of the period.
This  Skootamota is a well-preserved older restoration.