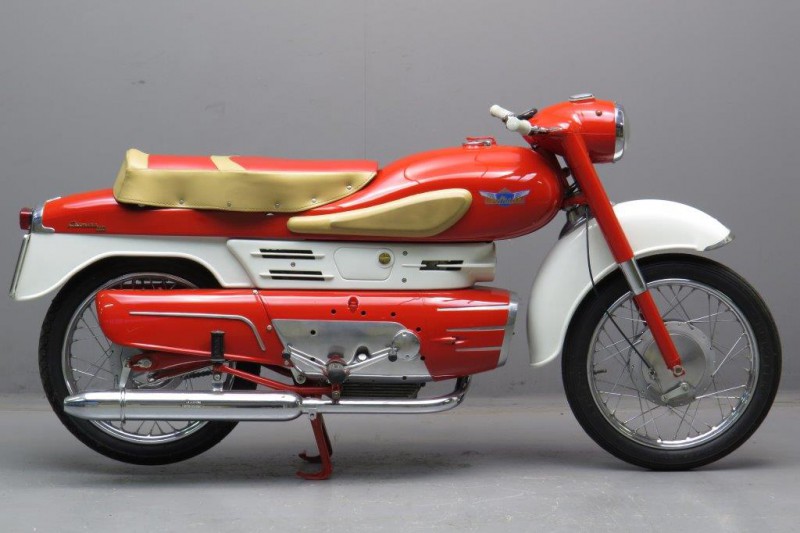 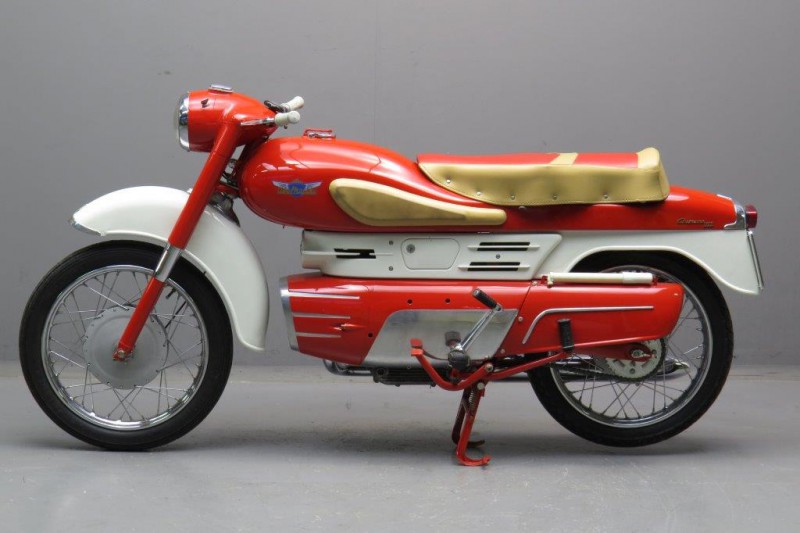 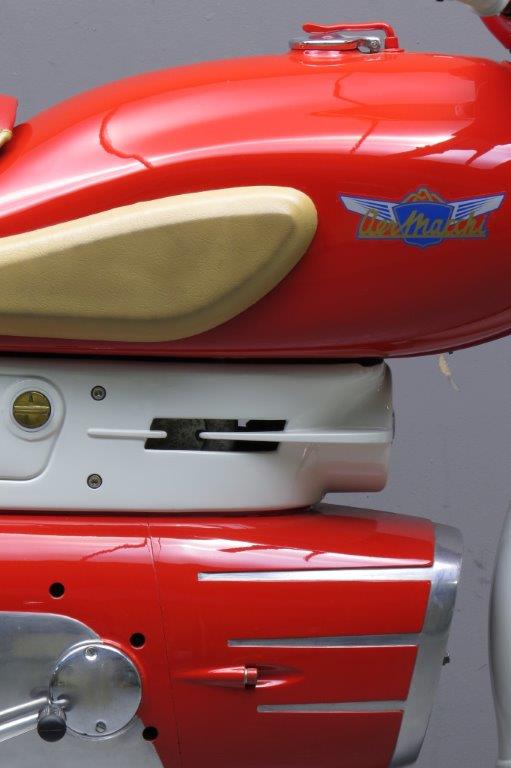 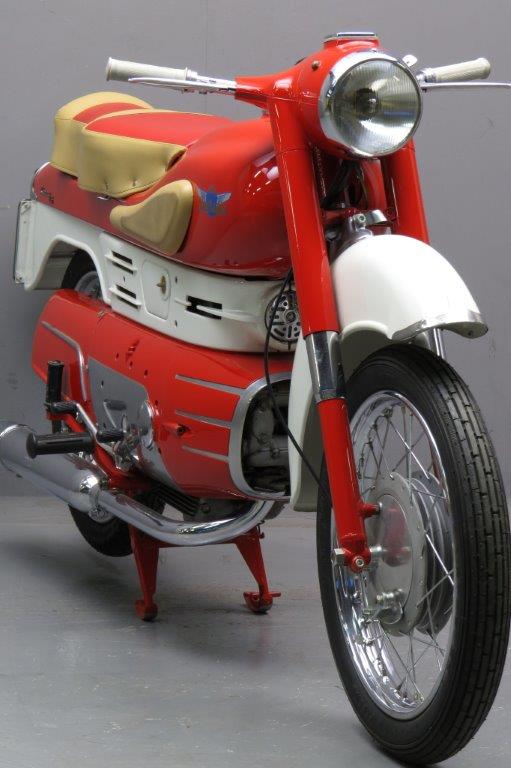 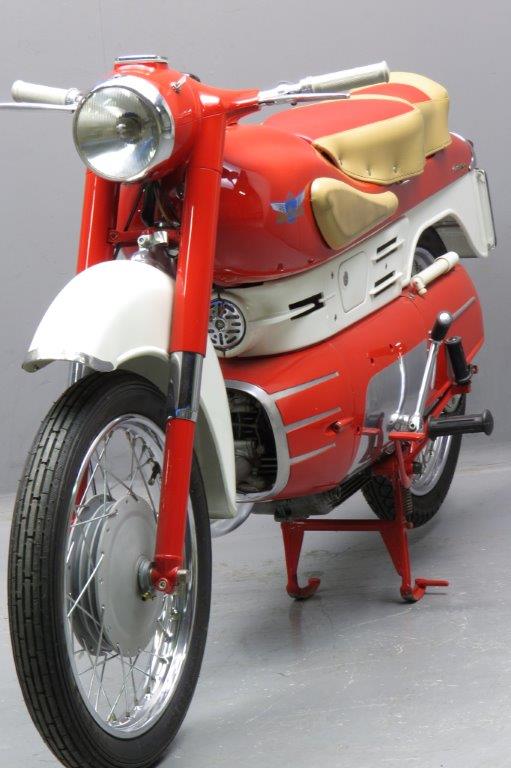 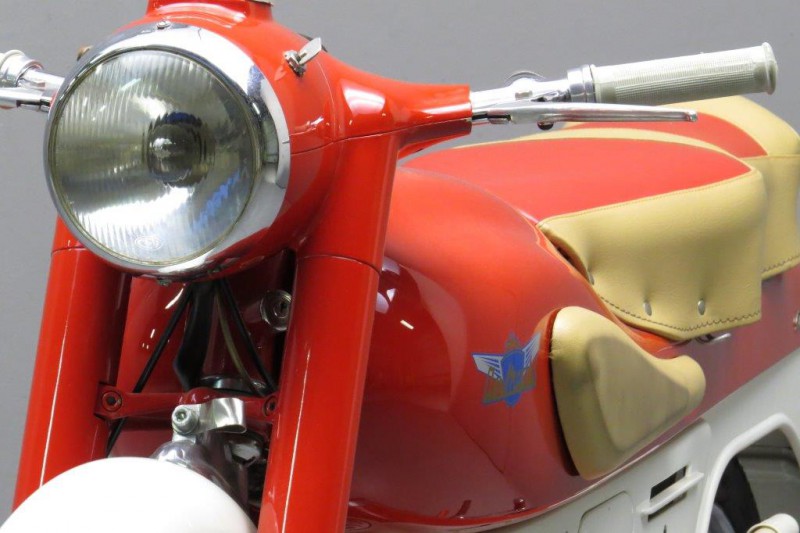 This Italian-made Aermacchi Chimera is made in the 1950s and early sixties.
The Chimera was sleek, chic and packaged in a jazzy space age design and was equipped with alloy body panels and monoshock rear suspension.
Built from 1956 to 1964, production was low, with only 119 of the 175cc models and 177 of the larger 250cc machines rolling out of Aermacchi’s Varese-based factory.Founded by Giulio Macchi in 1912, the company built airplanes that saw use in both World War I and World War II.
It’s no surprise then that Aermacchi used aeronautical styling cues when it developed the Chimera.
The finished machine was displayed at the Milan Show in early December 1956.
The press marveled at its smooth, flowing design and referred to the Chimera as the peak of engineering elegance.
The Chimera featured a tubular steel spine frame.
Suspended below the backbone was a 172.4cc pushrod horizontal single-cylinder engine with vertically split aluminum crankcases, a 60mm by 61mm bore and stroke, and a 7:1 compression ratio. Good for just a bit more than 13 horsepower at 6,500rpm, the engine had a roller bearing big end, aluminum cylinder head, a crankshaft driven generator and coil ignition with automatic advance.
Oil was carried in a wet sump, and it had a 4-speed unit construction gearbox.
Primary drive was by helical gear, with a multi-plate clutch and a right side heel/toe shift lever.
The kickstarter is placed on the left..
An enlarged 250cc engine was introduced in short order, and Aermacchi offered the Chimera with both engines simultaneously.
Apart from engine capacity, nothing else was different between the two Chimera models.
Of special interest and design is the gas tank and rear fender, both made up of pressed steel, complete with the long seat and kneepads.
A front cowl that meets up with mid-section lower panels guides air over the engine’s head and cylinder.
The mid-section panels, which feature polished aluminum and painted sections, are actually the engine crankcase side covers.