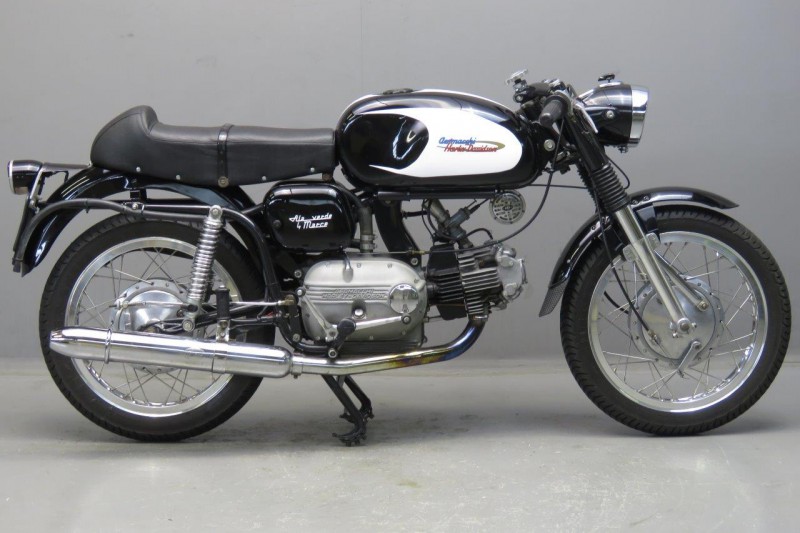 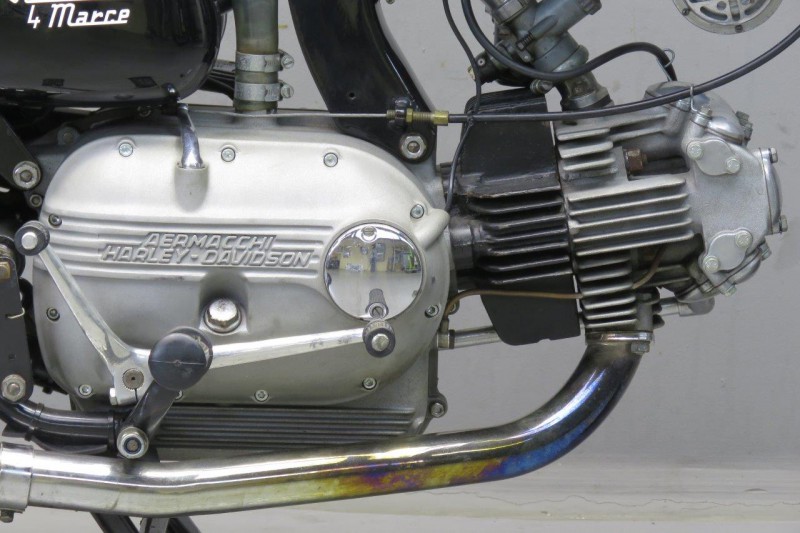 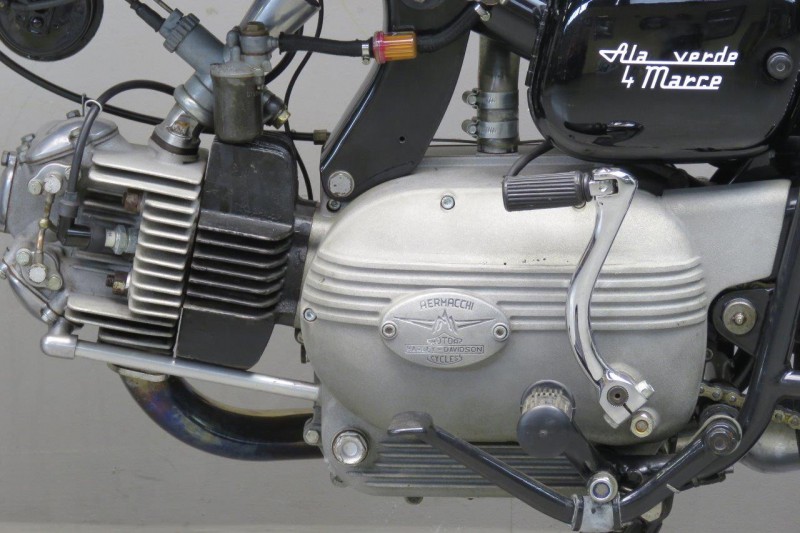 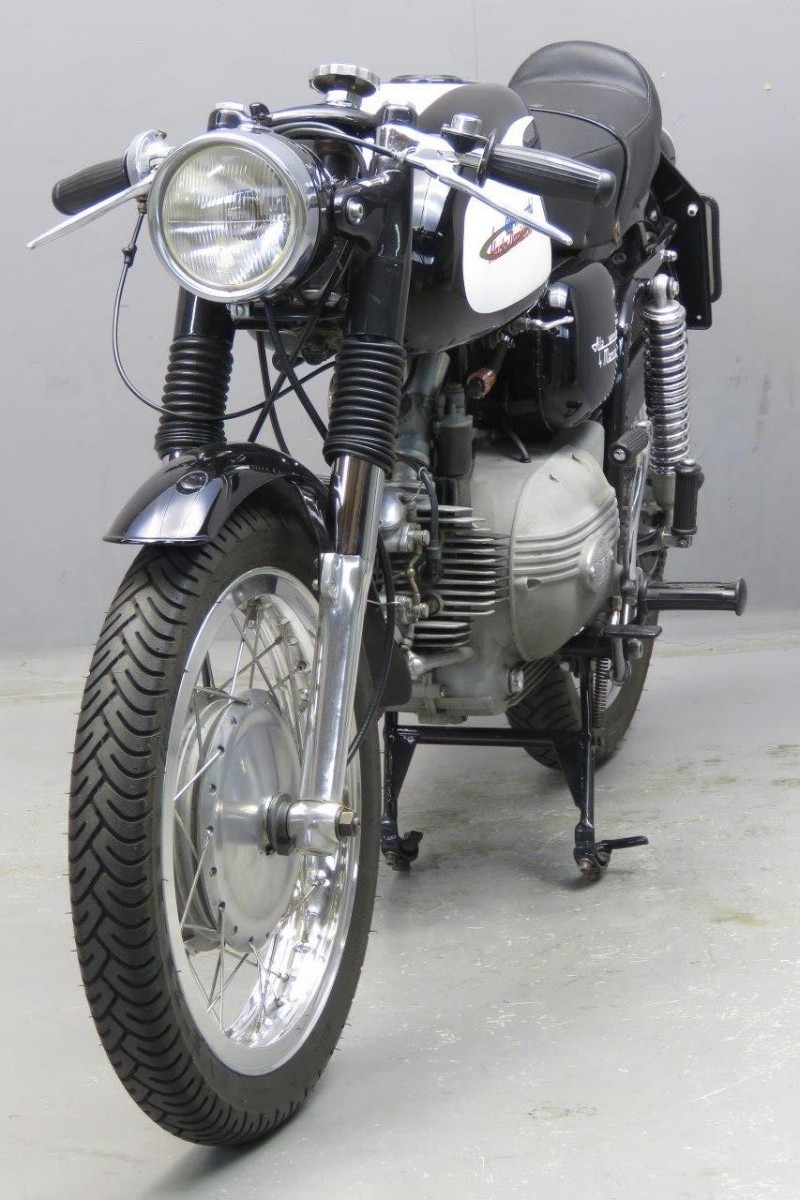 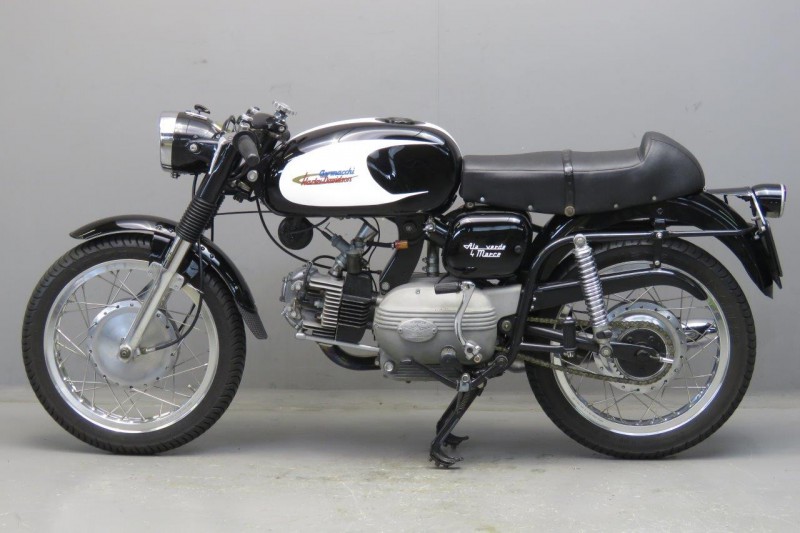 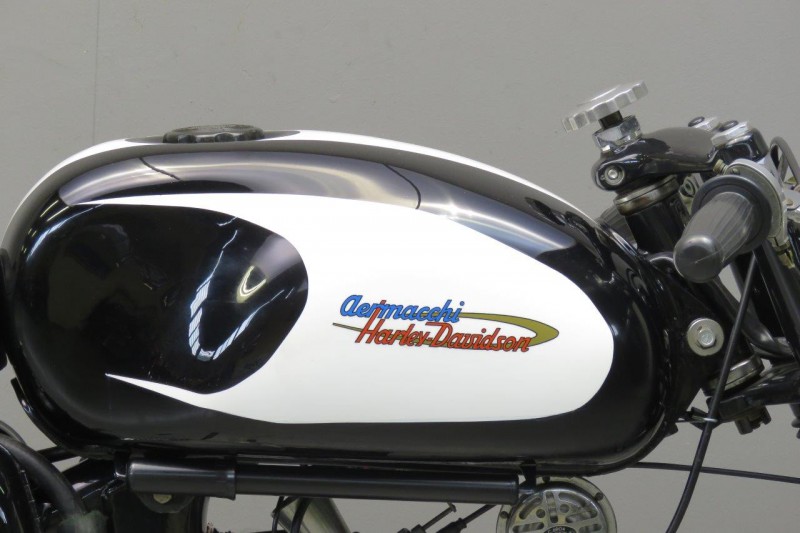 The 250cc Ala Verde motorcycle was built by Aermacchi after Harley Davidson invested money in the company buying up 50% of the stock. Aermacchi was originally an aircraft company.
The Ala Verde model first came out in the late 1950's designed by Aermacchi's chief engineer, Alfredo Bianchi. Ala Verde means "green wing" and the motorcycle is considered a sport roadster.
It has an 85 mph top speed and excellent handling with styling to match.
It has an air cooled OHV horizontal single cylinder engine with approx 19 HP.
It has a 4-speed gearbox and she runs well.
Text source:  http://classic-motorcycles.com/aermacchi.html