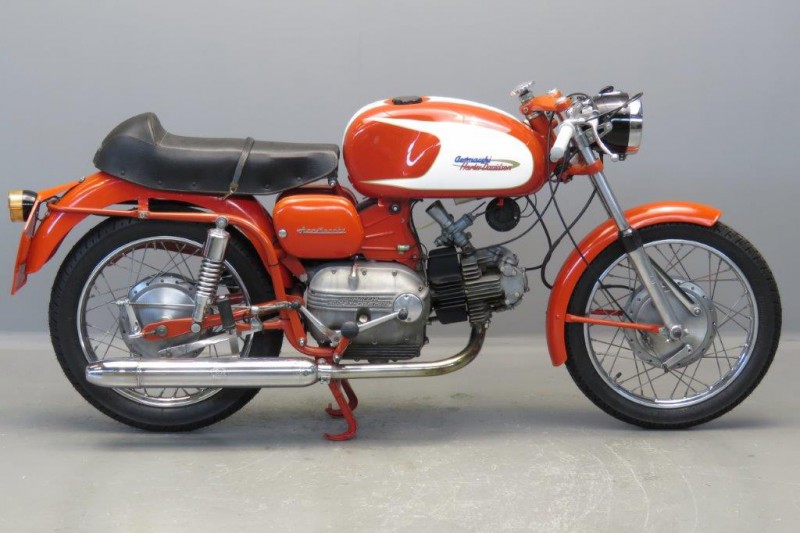 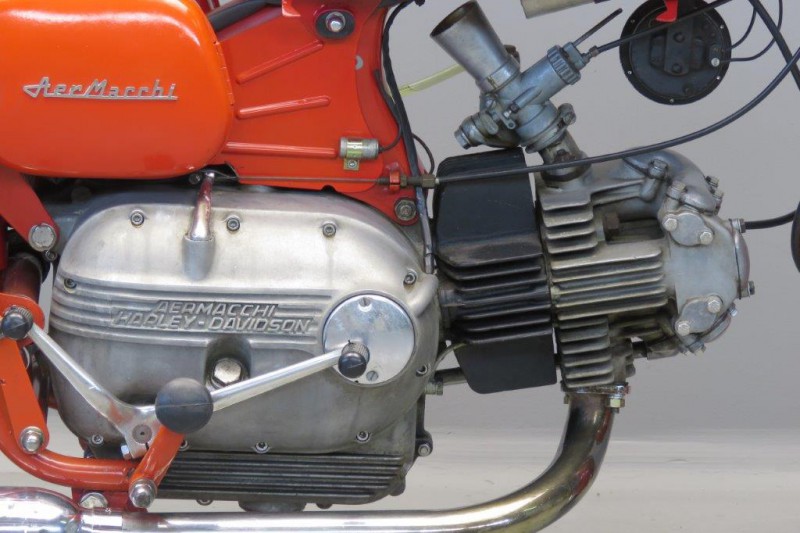 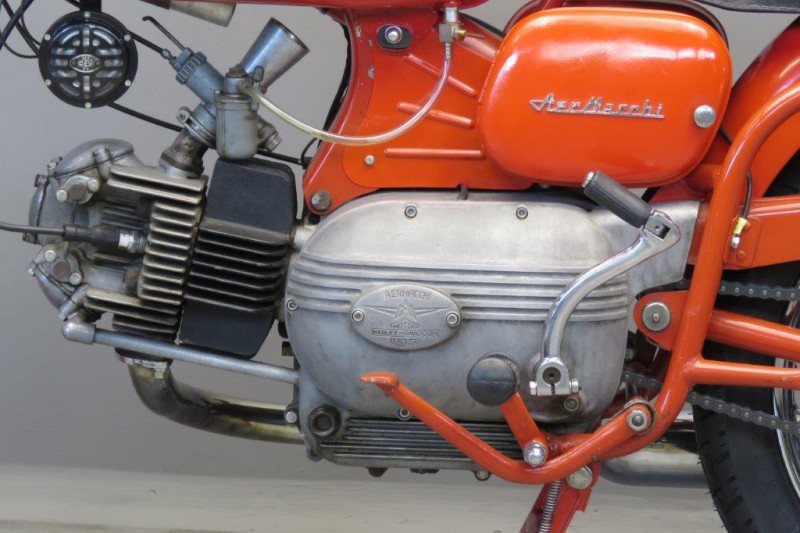 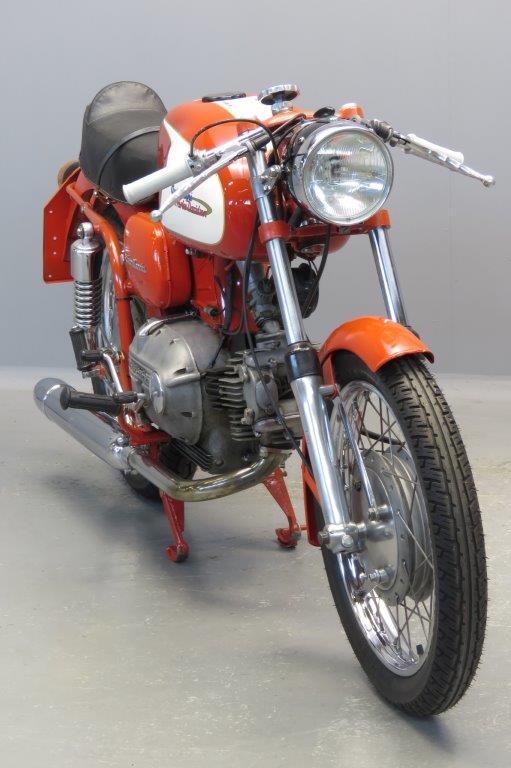 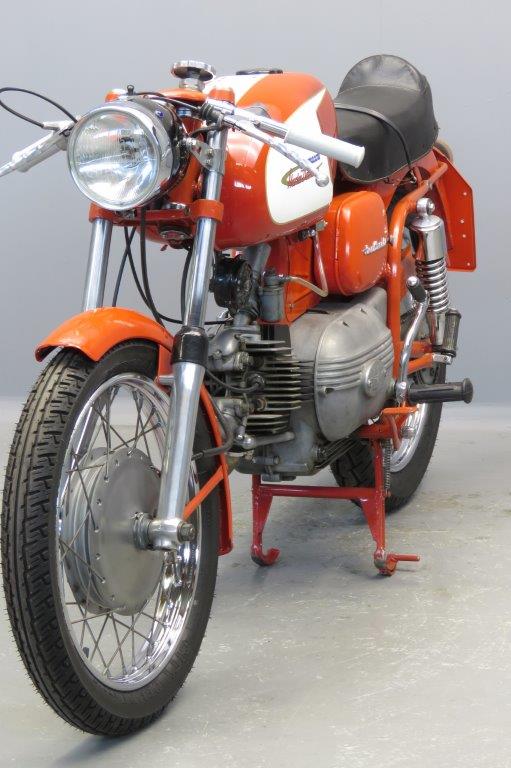 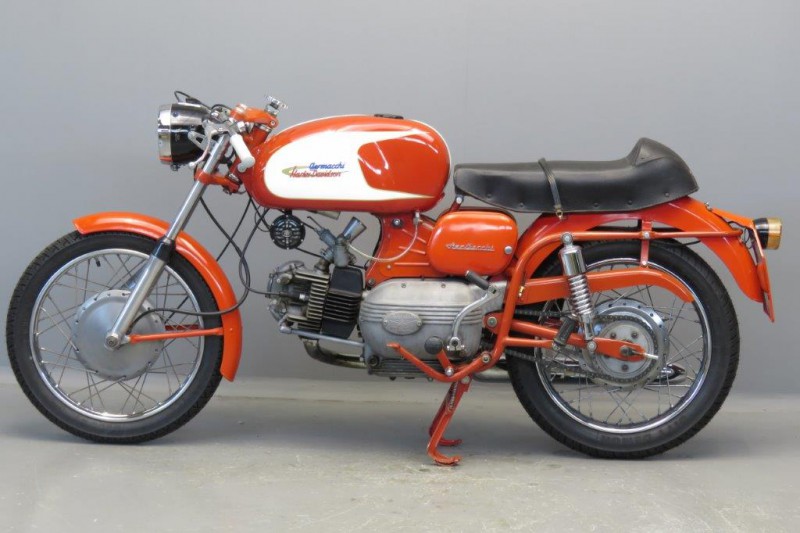 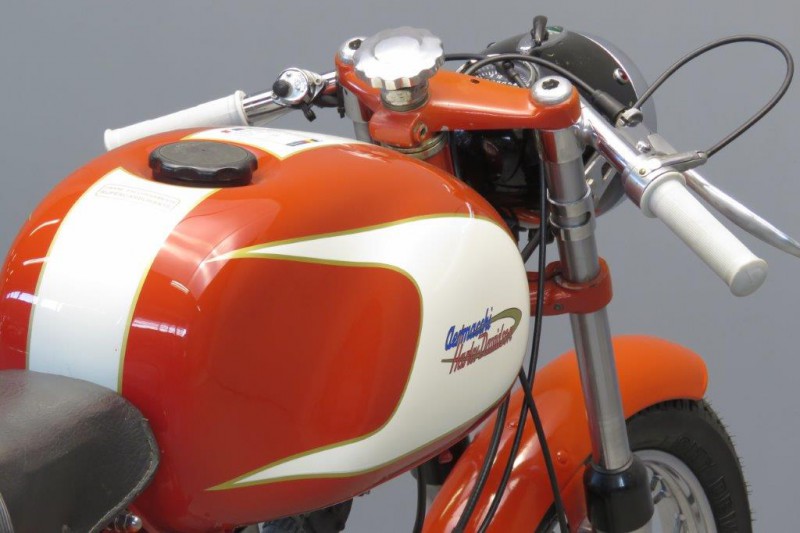 A household name among motorcyclists thanks to its heroic achievement of producing the most highly developed and successful overhead-valve racing single ever, Aermacchi was a relative latecomer to motorcycle manufacture, building its first machine, the curious scooter-like Convertible, in the late 1940s. Aermacchi’s first ‘proper’ motorcycle, the two-stroke Monsone, appeared in 1950, but it was not until 1956 that the firm’s trademark horizontally mounted four-stroke single made its debut in the Chimera.
Featuring enclosed bodywork reminiscent of Ariel’s Arrow, but bags more stylish, the Chimera would remain in production until 1960.
Before then it had been joined by a quartet of more conventionally styled machines in 175cc and 250cc capacities, the sporting version of the ‘250’ being the 80mph Ala Verde.
The Ala Verde model first came out in the late 1950’s designed by Aermacchi’s chief engineer, Alfredo Bianchi.
Ala Verde means “green wing” and the motorcycle is considered a sport roadster.
The racing versions were christened ‘Ala d’Oro’ (Golden Wing). Alberto Pagani’s 9th place on the 250’s Dutch TT debut in 1960 demonstrated the racer’s potential, which was confirmed the following week when Pagani finished 5th at the Belgian Grand Prix.
The 250cc Ala Verde motorcycle was built by Aermacchi after Harley Davidson invested money in the company buying up 50% of the stock.
Marketed as Harley-Davidsons in the USA and as Aermacchi Harley-Davidsons elsewhere, the first models offered were re-badged versions of Aermacchi’s 250 and 350cc four-stroke horizontal singles.
The latter remained in the Harley range until the end of the 1974 model year, falling sales forcing their discontinuation.
The four-speed Ala Verde offered here has covered relatively few kilometres since restoration some years ago.
It has an 80 mph top speed and excellent handling with styling to match.
The air cooled OHV horizontal single cylinder engine develops approx. 19 HP and she runs well.