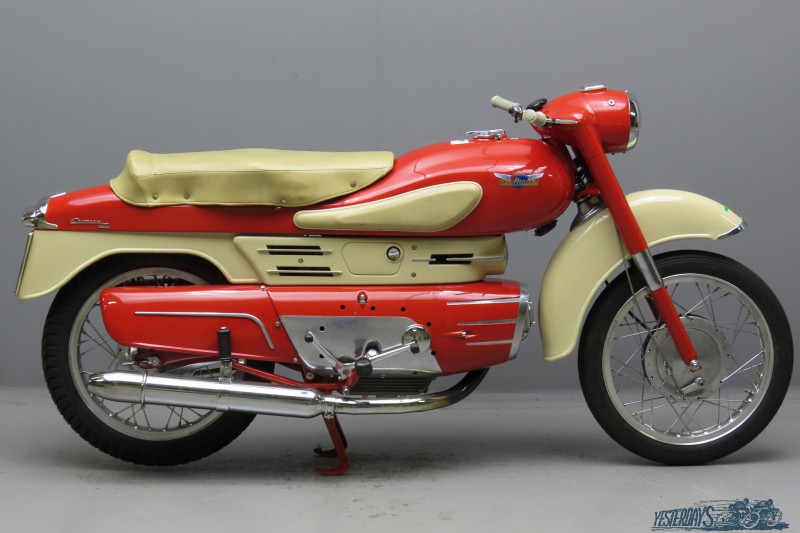 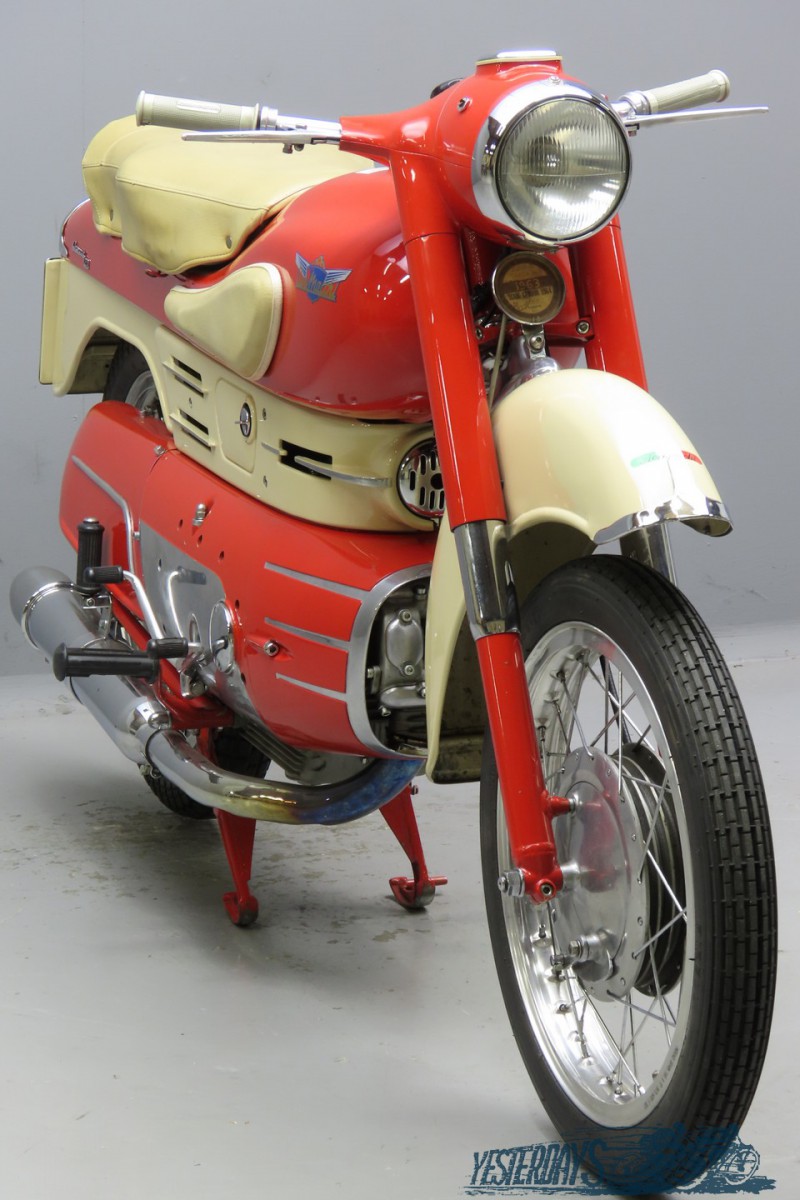 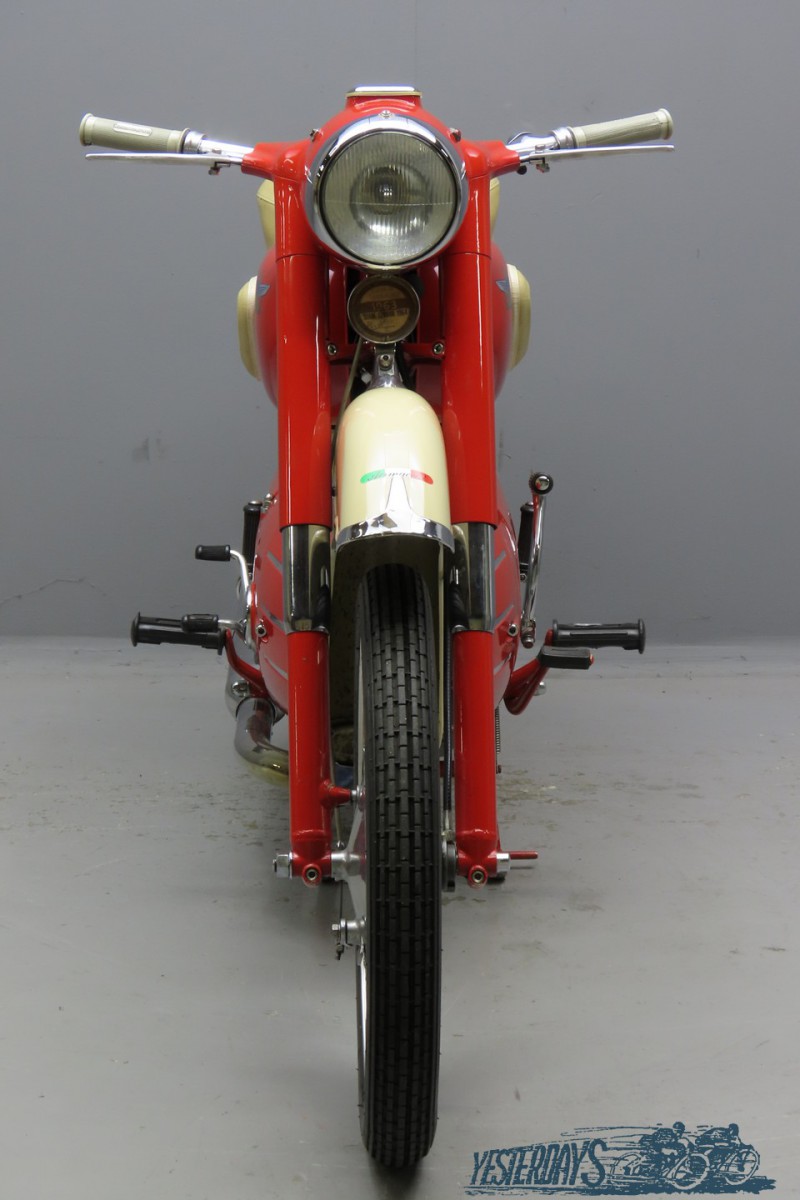 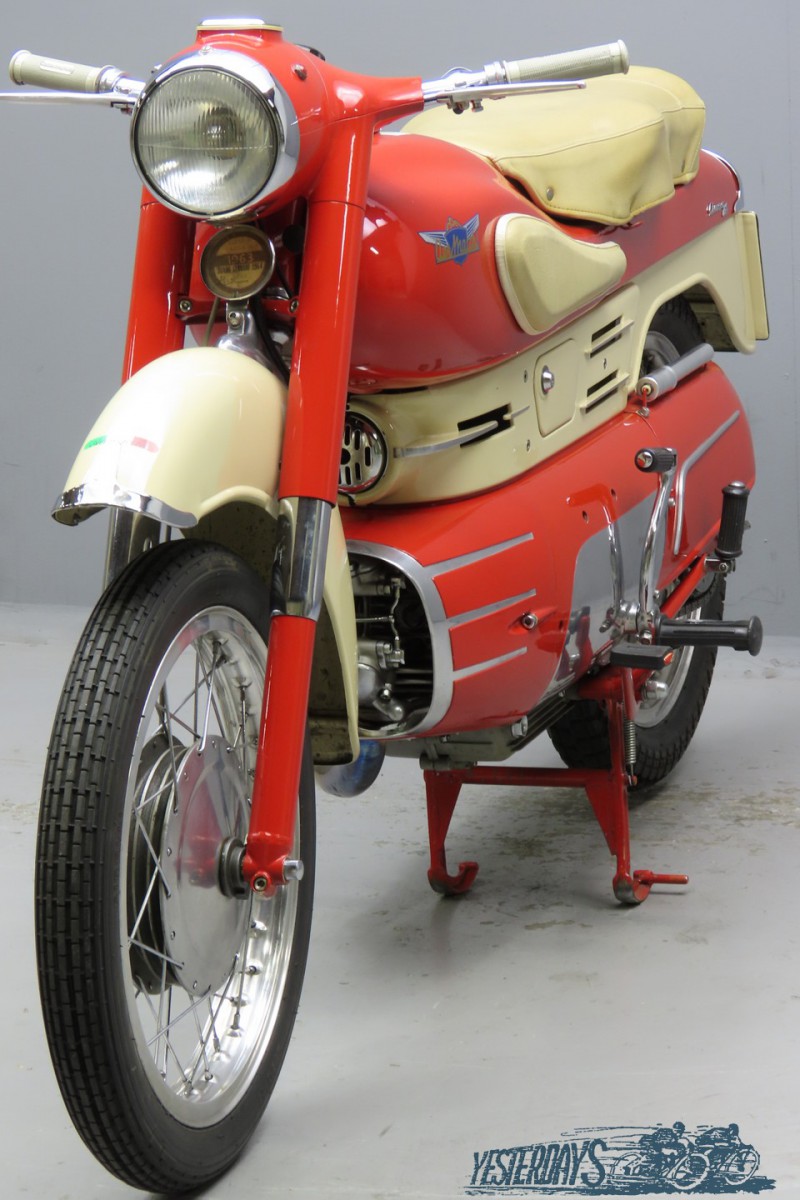 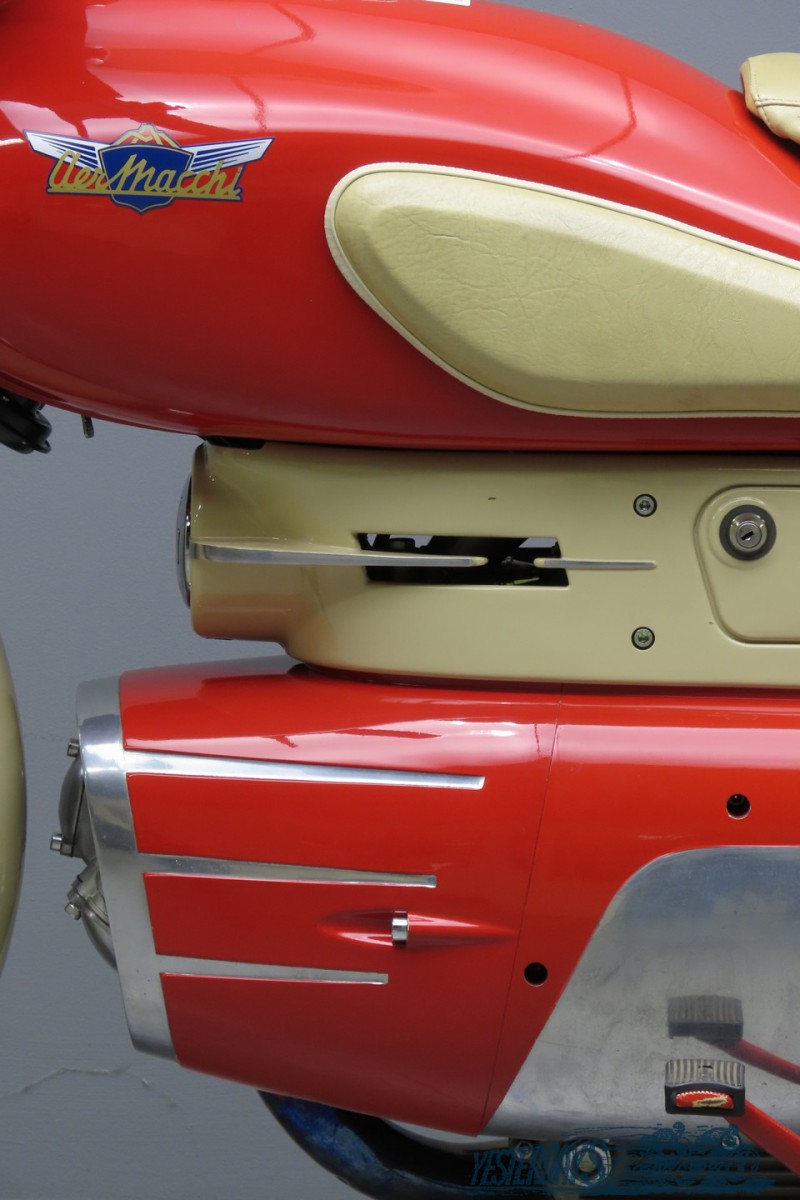 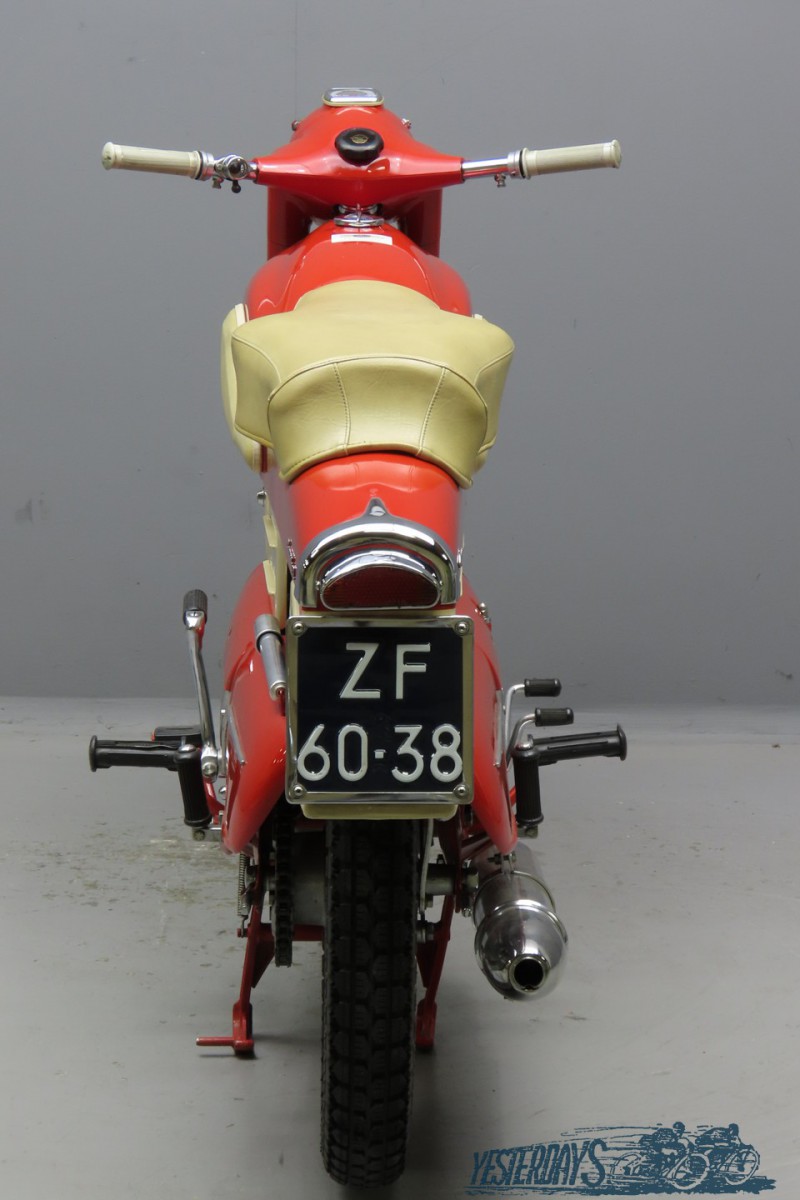 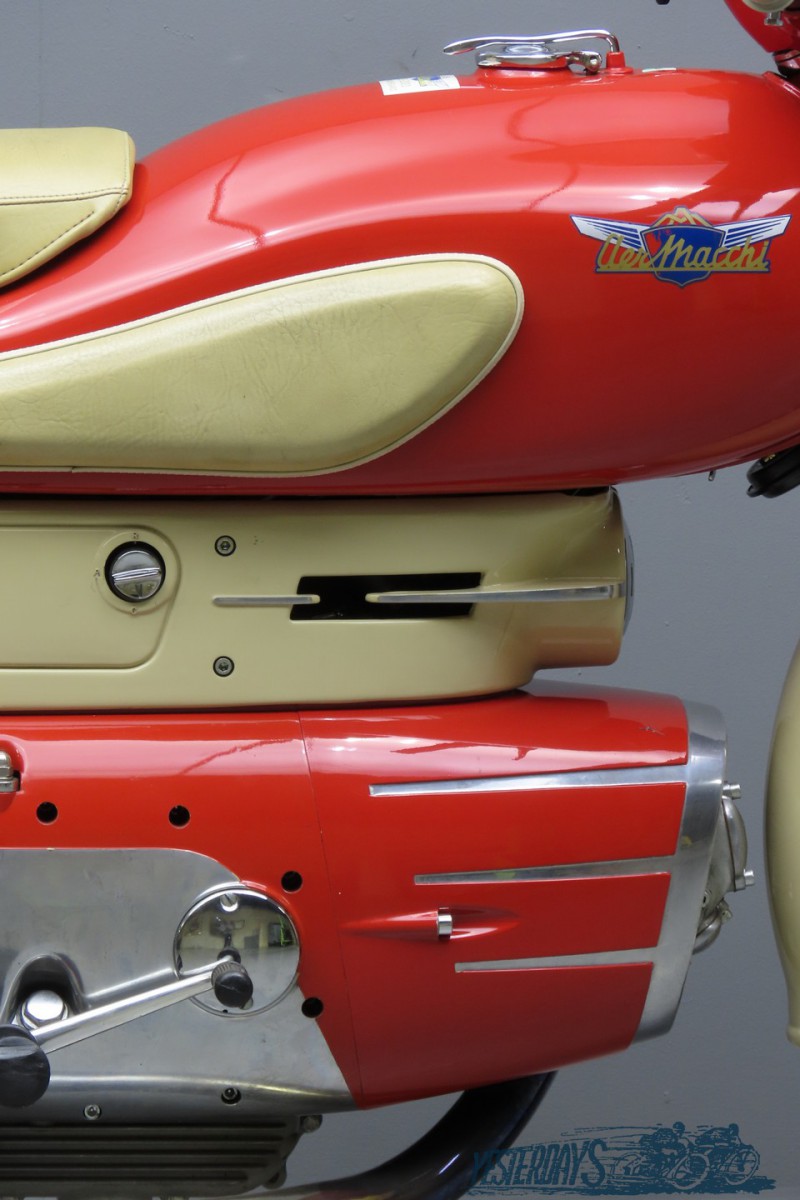 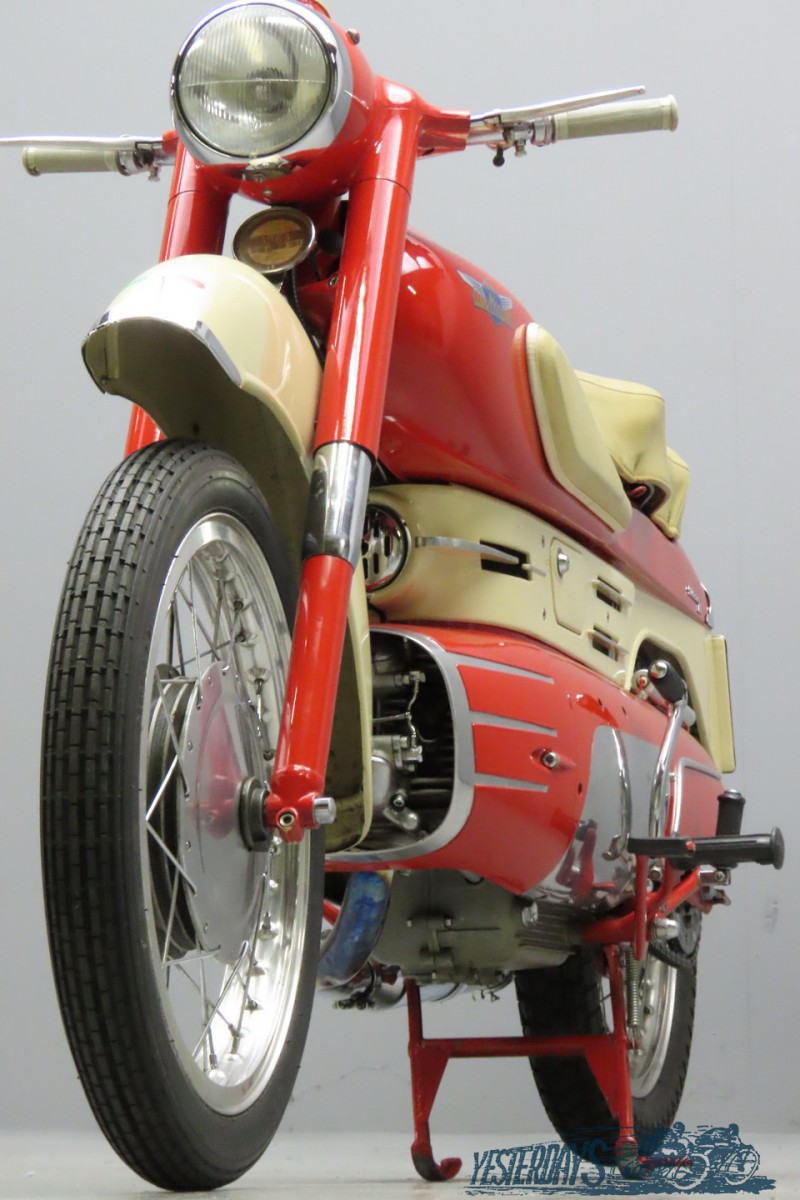 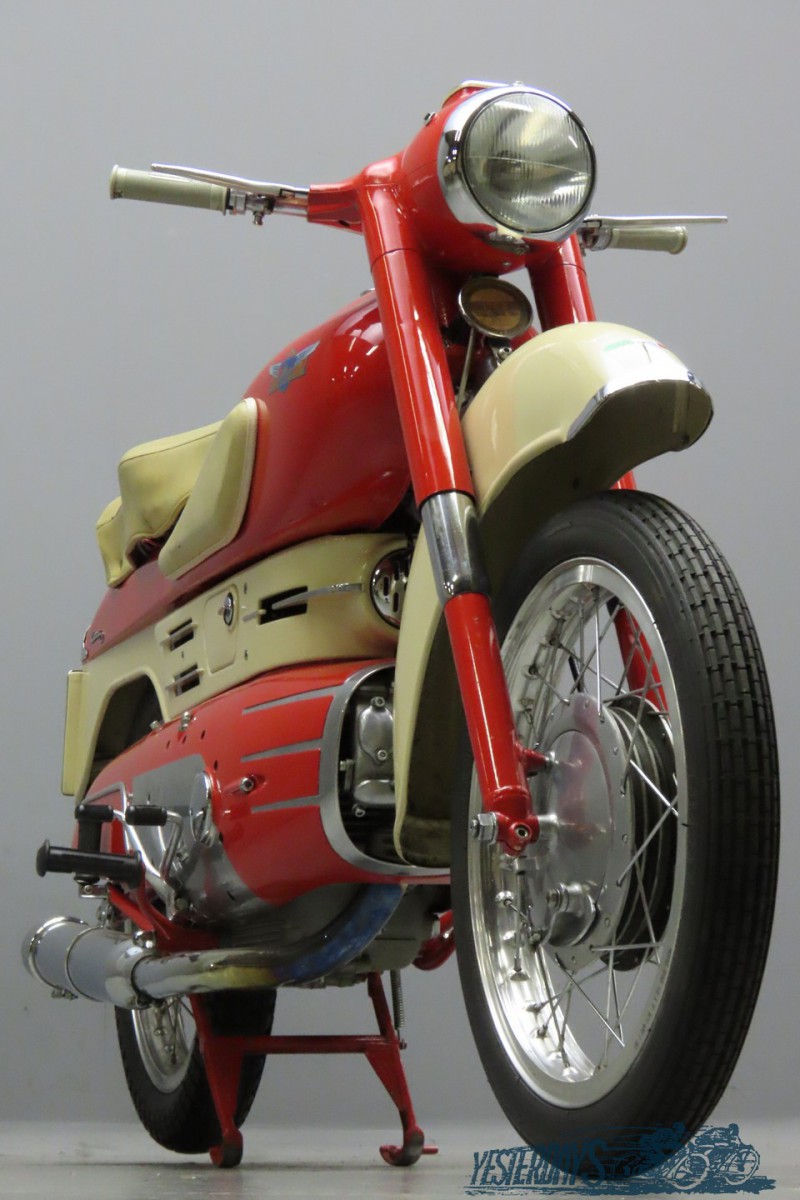 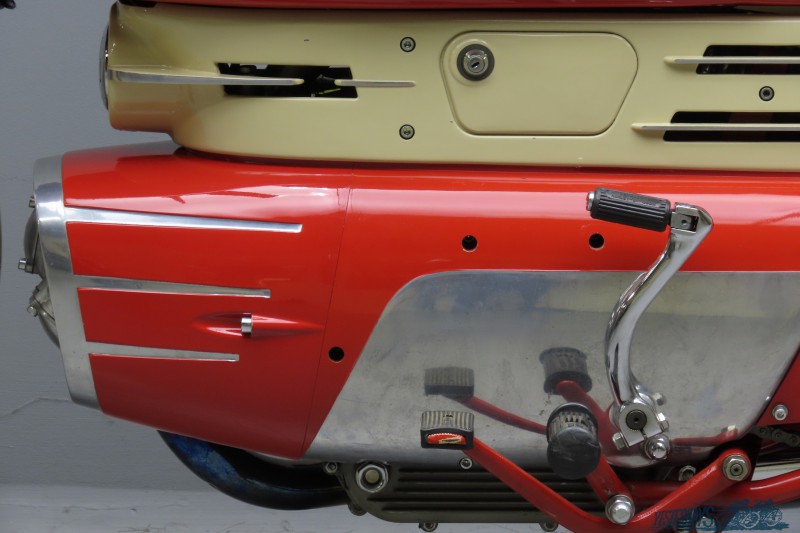 The word “chimera”, originally referring to a hybrid creature in Greek mythology, is nowadays also used to describe something that is an illusion, a fantasy or a dream.
It is a well-chosen model name: The Chimera is sleek, chic and packaged in a jazzy space age design and is equipped with monoshock rear suspension.
It was presented at the Milan Show in early December 1956. The press marvelled at its smooth, flowing design and referred to the Chimera as the peak of engineering elegance.
It’s no surprise that Aermacchi used aeronautical styling cues when it developed the Chimera: the company built airplanes that saw use in both World War I and World War II.
The first models were equipped with a 175cc engine that was good for 10.5hp.
This was not a big success: 119 were sold between 1957 and 1961. Already in 1957 a 250cc engine was developed that gave 13.7hp @ 6,500rpm and had a top speed of 120km. The 250cc model was in production till 1966 and also sold in very moderate numbers: only 177 were made.
The Chimera features a tubular steel spine frame and the engine has a roller bearing big end, aluminium cylinder head, a crankshaft driven generator and coil ignition with automatic advance.
Oil is carried in a wet sump, and a 4-speed unit construction gearbox is fitted.
A front cowl that meets up with mid-section lower panels guides air over the engine’s head and cylinder.
The mid-section panels, which feature polished aluminium and painted sections, are actually the engine crankcase side covers.
The very rare machine on offer is in exceptionally clean condition: the odometer shows only 1813km and the owner, who had it in his custody for more than 20 years, is sure that it still has its original finish and has never been restored.
For more extensive Chimera information see Mick Walkers book “Aermacchi Harley Davidson Motorcycles”.