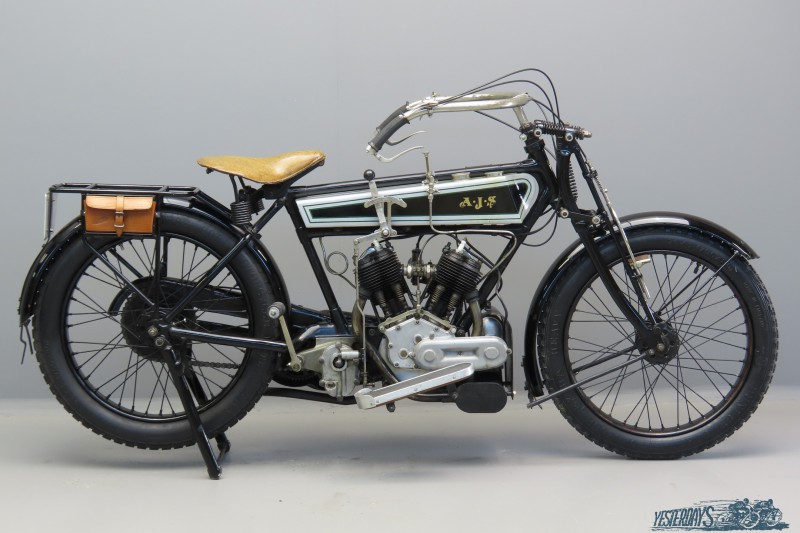 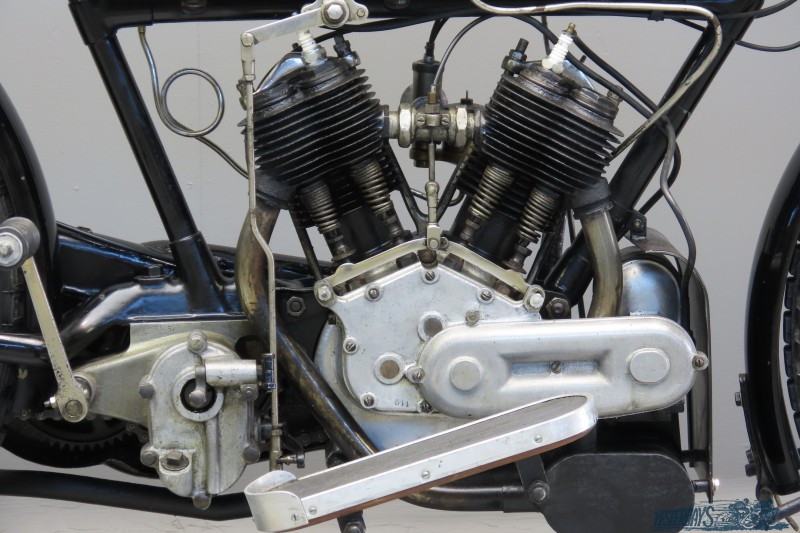 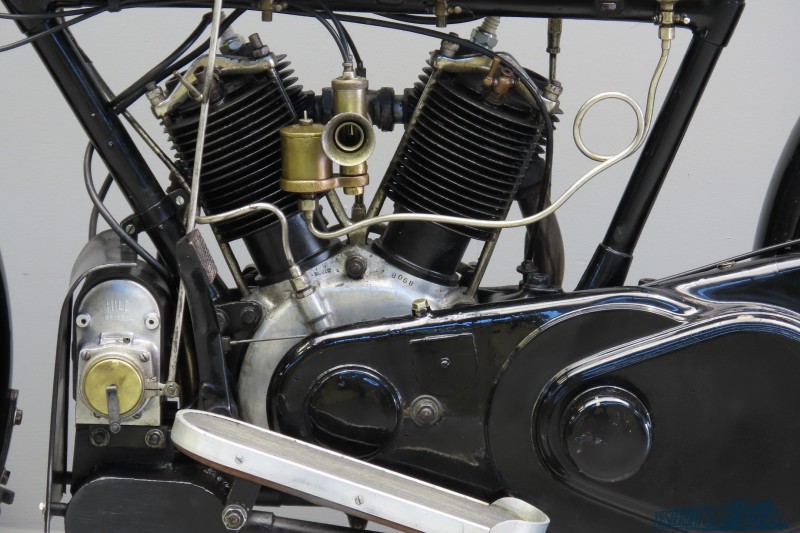 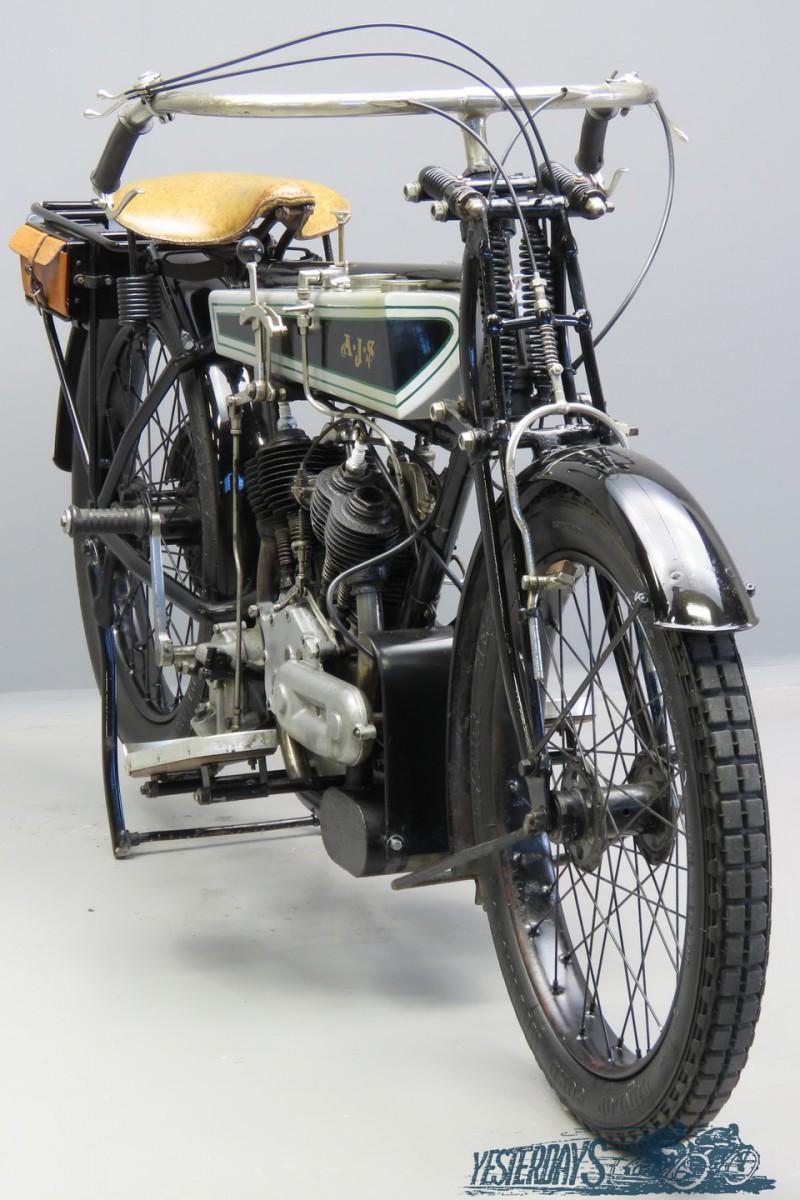 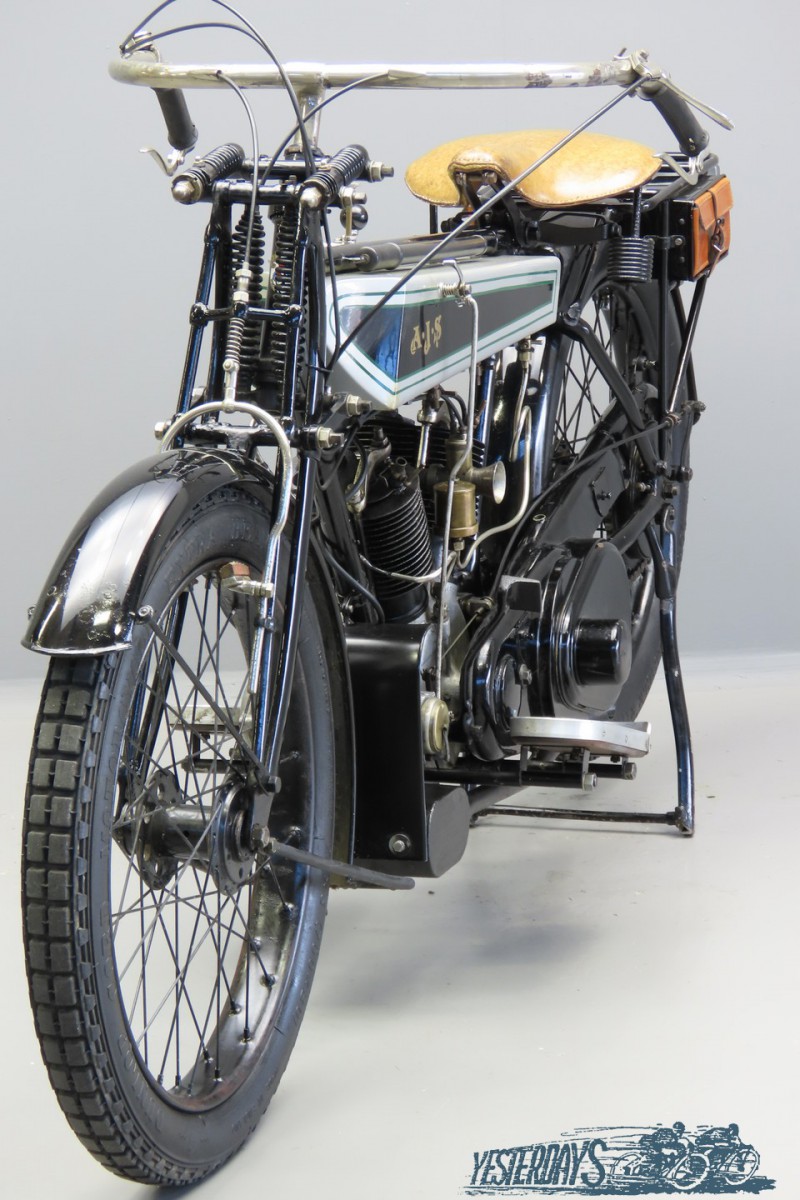 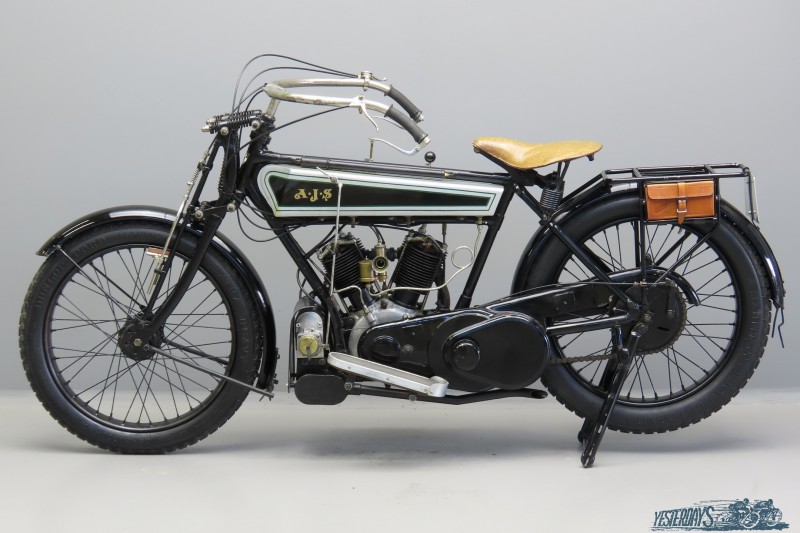 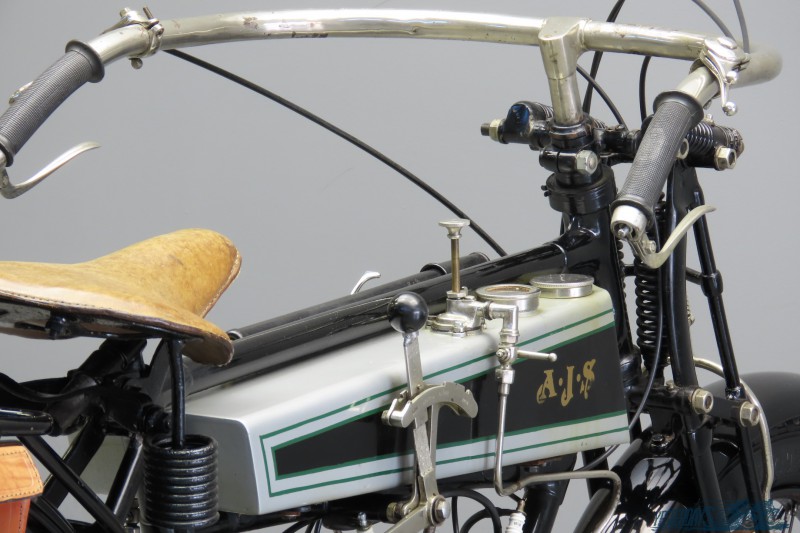 The four Stevens brothers had been in motorcycle manufacturing since the final years of the 19th century, but only in 1911 their first complete “AJS” motorcycle, a 298 cc two speeder, was marketed.
For the 1912 season their first V- twin, the model D, was brought out.
In the 1914 Junior TT a magnificent first and second place was scored.
The company moved to new premises at Graisley House, Wolverhampton.
The 1915 range consisted out of three models; the sporty 2¾ HP single, the medium weight 4 HP ( 550 cc) twin model A and as top of the range the 6 HP (748cc) model D.
A new feature on all 1915 models was the so called “AJS scientific frame” with straight top tube sloping from head to seat lug, eliminating the use of bent tubes.
This gives the petrol tank a slightly wedged- shaped appearance.
Brampton patent spring forks are used on both V-twin models. Some other features are: three speed countershaft gearbox, completely enclosed chains and internal expanding rear brake.
The Model A has bore x stroke of 65 x 83mm and the cylinders are set at 50 degrees.
The 1916 range was similar to the models brought out in 1915.
There was no catalogue for 1916 models, the 1915 booklet was used with a notice stuck on the front cover ”As there will be no change in the respective Models for the 1916 season, other than perhaps minor details, the particulars given herein for 1915 will apply in every respect.”
This charming machine is a fine restoration job and she is in excellent shape.
A British “Hill Bristol” magneto takes care of the ignition: the renowned Bosch device was not available for British manufacturers at the time…