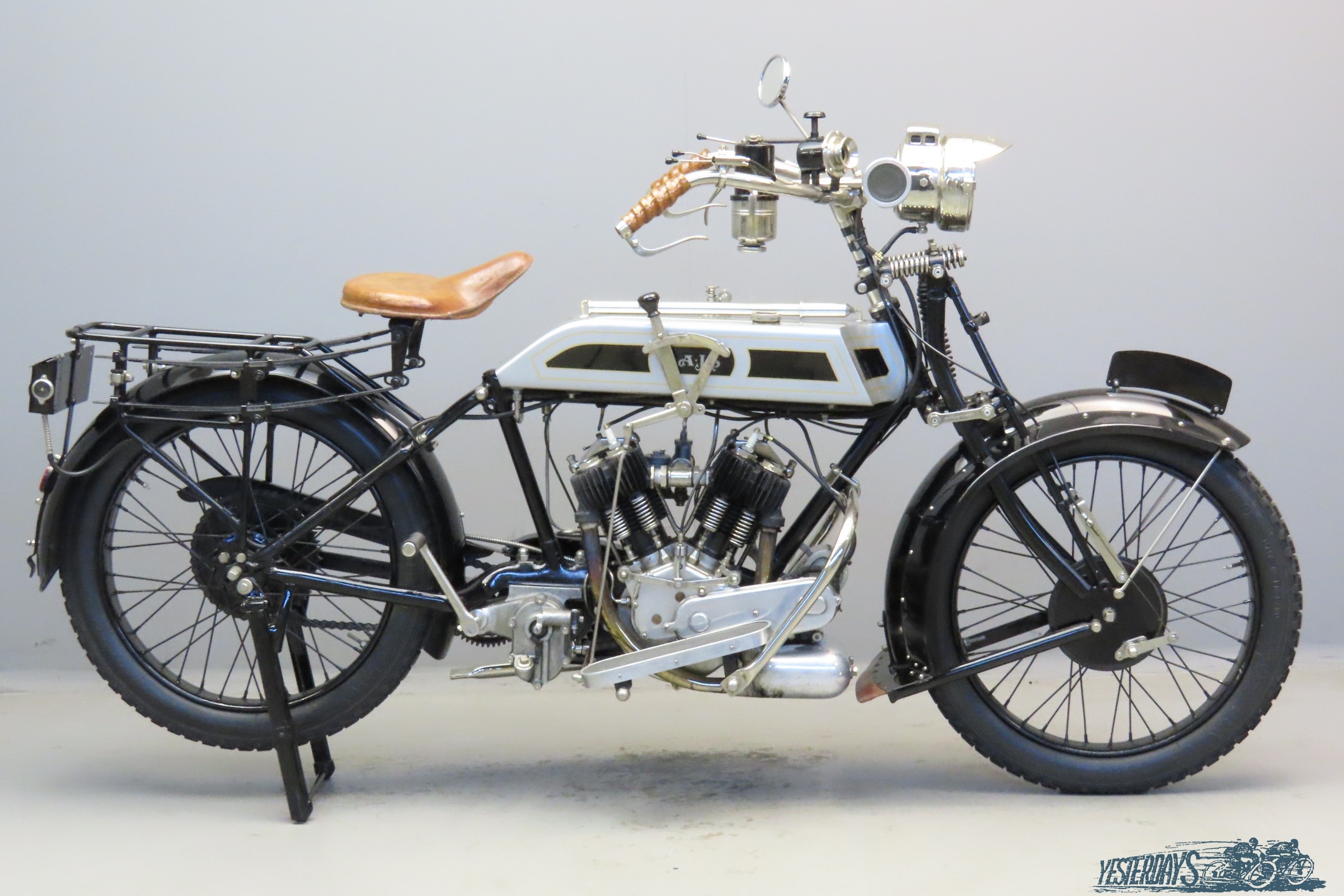 Already in the years before 1920 A.J. Stevens & Co. were major motorcycle manufacturers.
Their first V-twin had been introduced in 1912 and was a very successful model, especially for sidecar use.
At the 1919 Olympia Show this 6 HP model was introduced.
Its features included a new type of saddle tank, interchangeable and quickly detachable wheels, specially sprung comfortable saddle, footboards with rubber mats and detachable cylinder heads. Particular emphasis was paid to quiet running, with the introduction of a large cast aluminium silencer, transversely mounted in front of the engine.
A novel innovation was a superbly engineered rear stand operated by a folding lever that enabled the rider to lift the machine with the minimum of effort.
Both brakes are of the internal-expanding type and the machine comes with Brooks cantilever saddle and a three speed gearbox.
Accessories of this finely restored specimen include tank mounted tyre pump, Powell and Hanmer acetylene lighting system, push horn and rear view mirror.