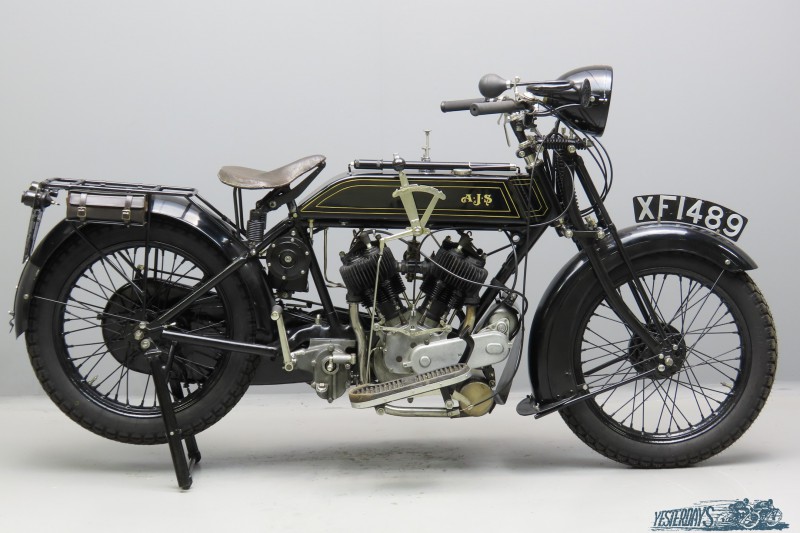 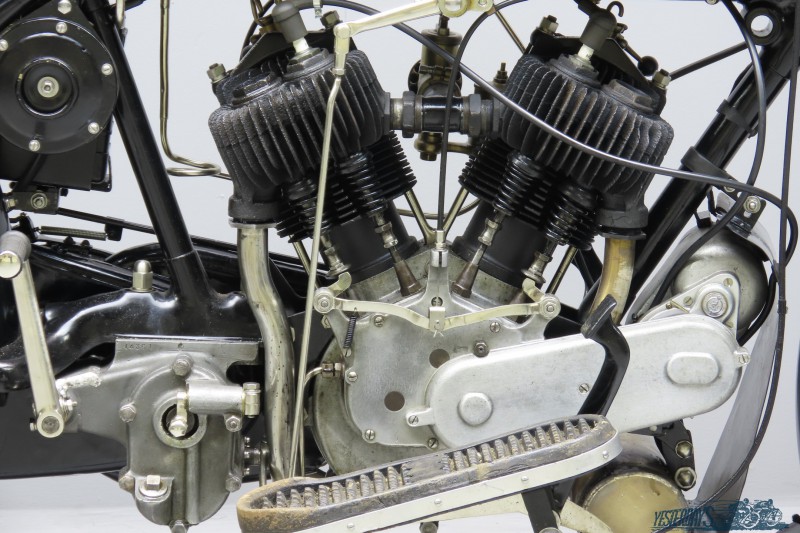 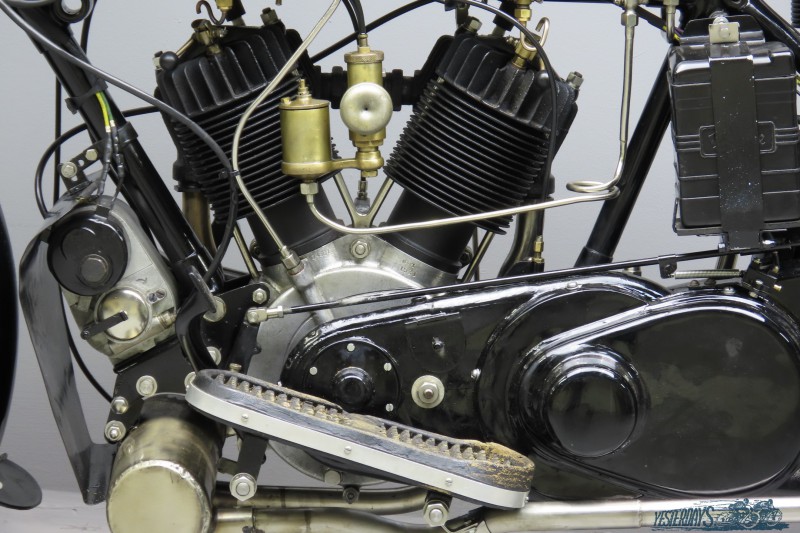 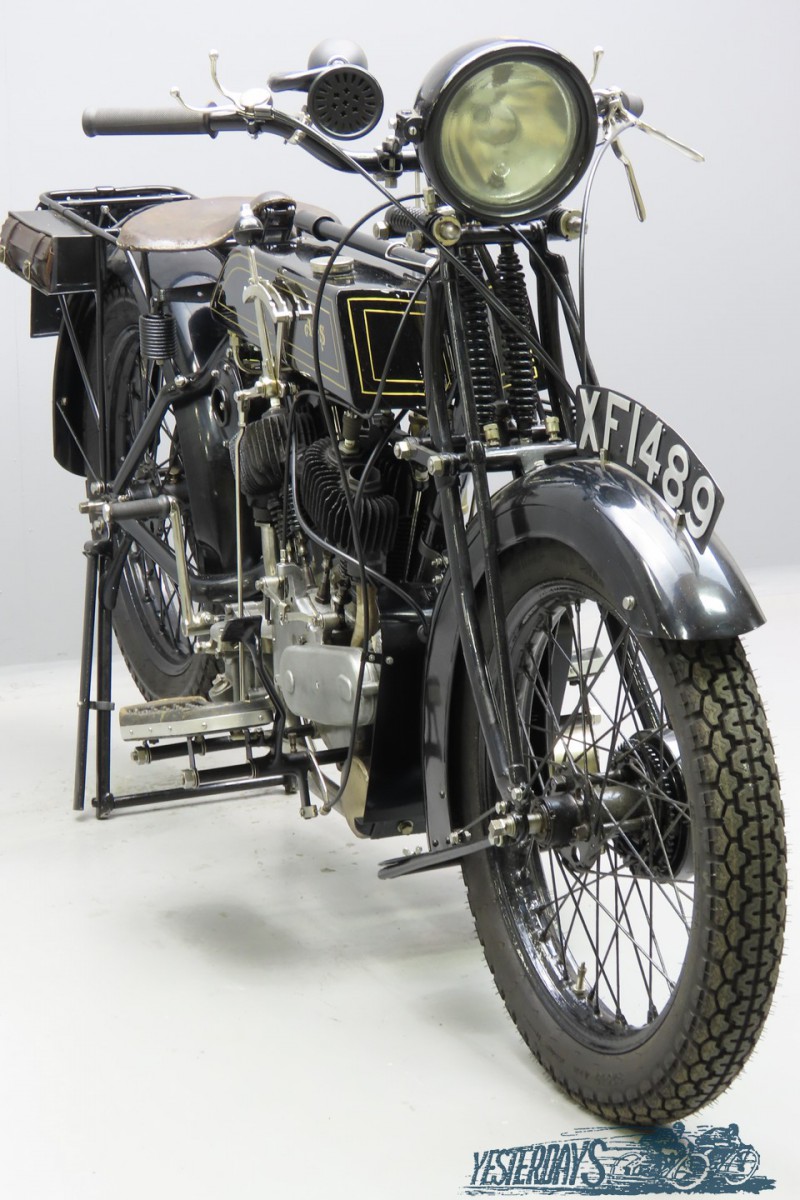 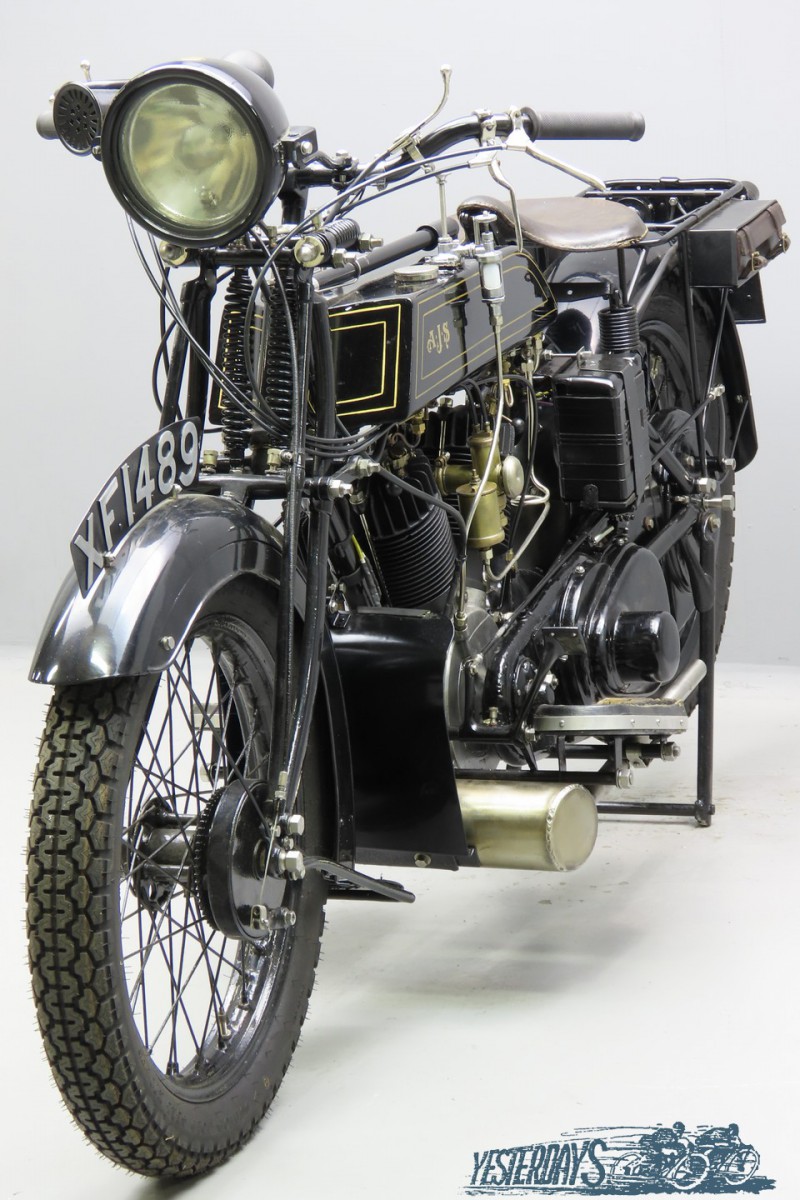 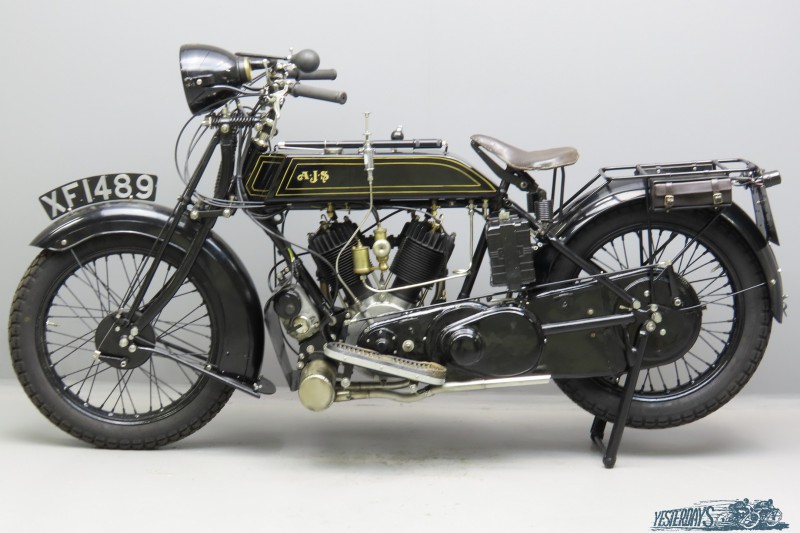 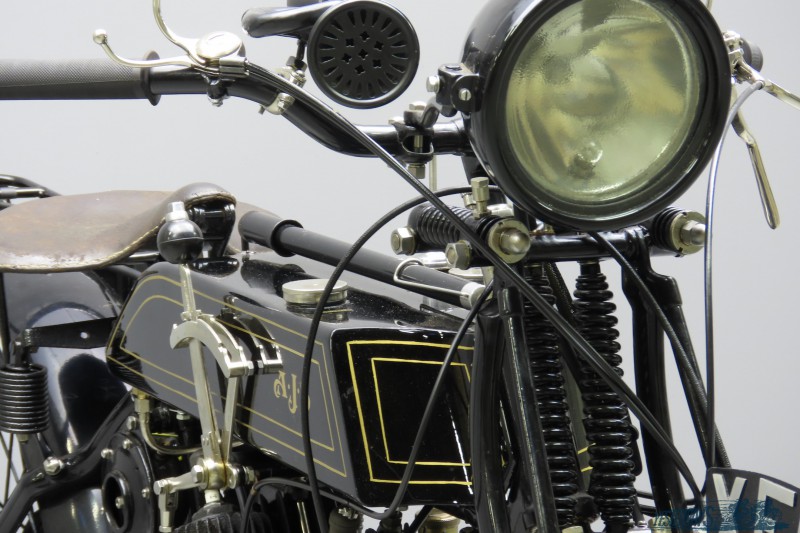 Already in the years before 1920 A.J. Stevens & Co. were major motorcycle manufacturers.
Their first V-twin had been introduced in 1912 and was a very successful model, especially for sidecar use.
At the 1919 Olympia Show a new 6 HP model was introduced. Its features included a new type of saddle tank, interchangeable and quickly detachable wheels with internal expanding brakes, specially sprung comfortable saddle, footboards with rubber mats, rear stand operated by hand lever and big size aluminium exhaust damper, placed under the front of the engine.
For 1921 a number of improvements were announced: the engine performance was enhanced to 7 HP (799 cc) with bore x stroke dimensions of 74×93 mm.
The big ends were fitted with roller bearings instead of bronze bushes and better cooling was effected by additional and deeper radiating fins on cylinders and heads.
This machine was first registered on February 1st, 1921 and last taxed to Sept 30, 1950.
She is fitted with practical internal expanding brakes front and rear and has full electric lighting.
This sturdy and well-constructed AJS has been restored and comes with a file containing a copy of the Model D instruction book, original 1919 manual on model D, various photograph of before and during the restoration process and some old log books.