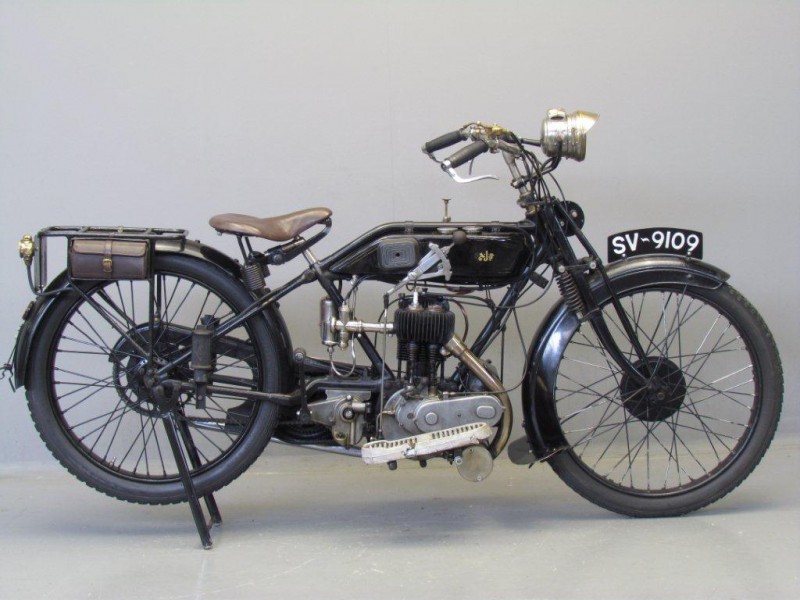 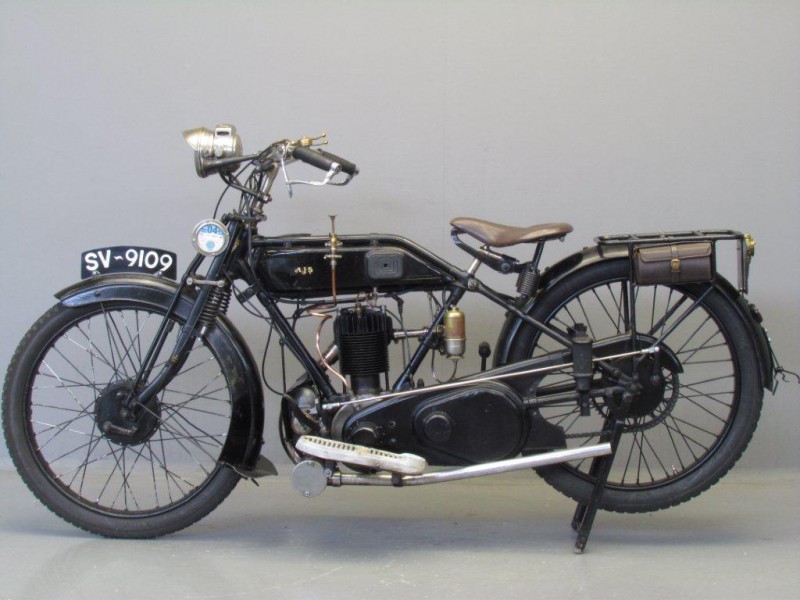 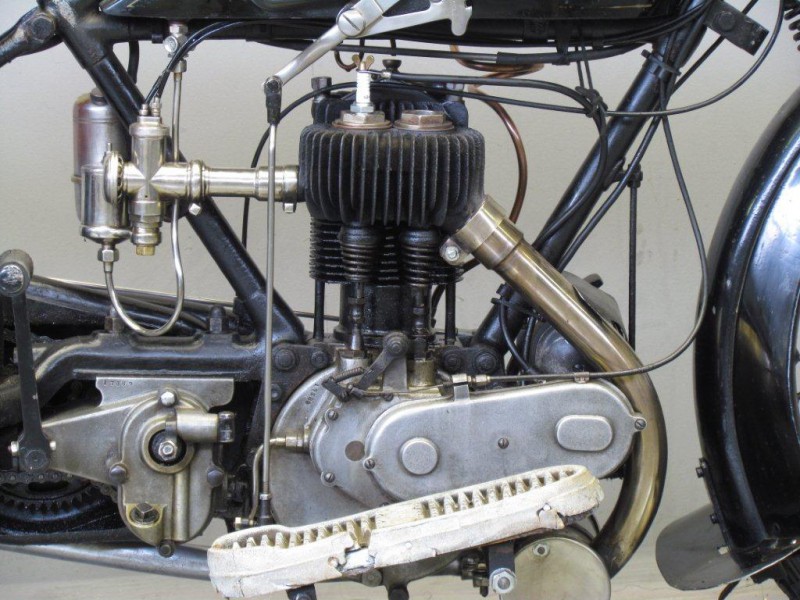 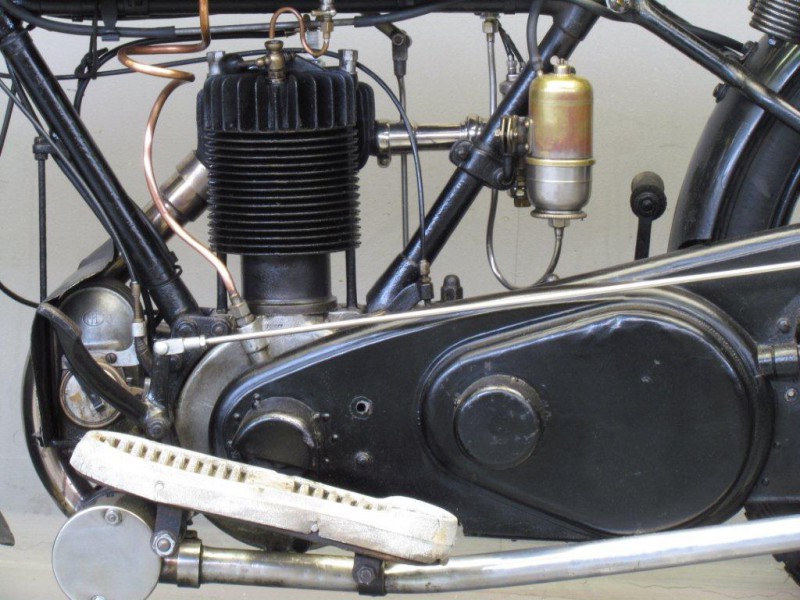 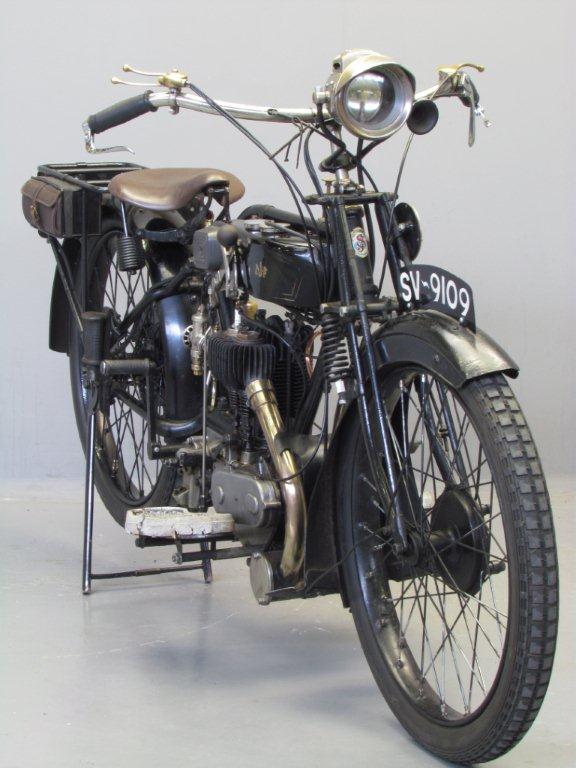 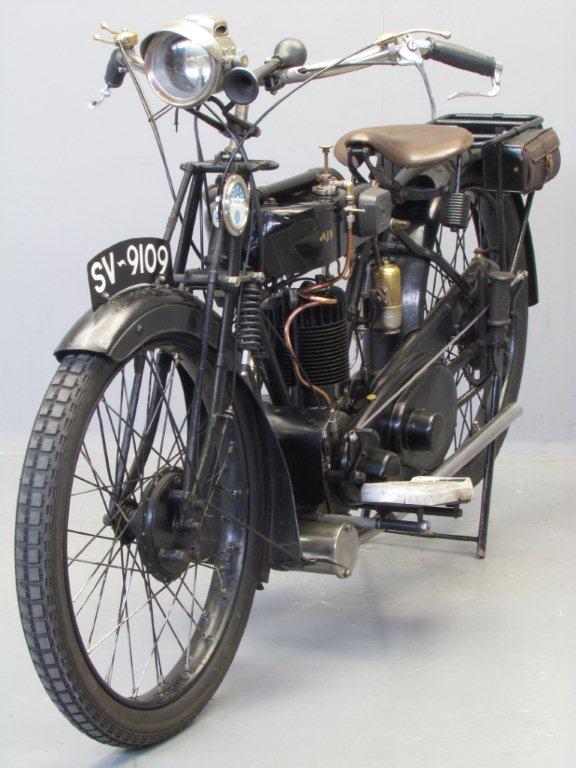 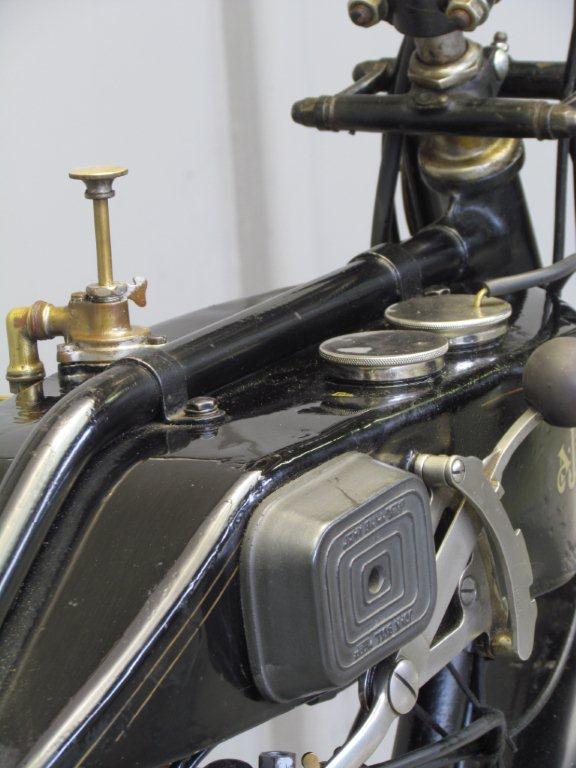 The four Stevens brothers had been in motorcycle manufacturing since the final years of the 19th century, but only in 1911 their first  complete “AJS” motorcycle, a 298 cc twospeeder, was marketed.
For the 1912 season their first V- twin, the model D, was brought out.
In the 1914 Junior  TT a magnificent first and second place was scored.
The company moved to new premises at Graiseley House, Wolverhampton.
The 1915 range consisted out of three models; the sporty  2 ¾ HP single, the  medium weight 4 HP ( 550 cc) twin  model  A  and as top of the range the 6 HP model D.
In the following years both the single and the big twin became very popular machines.
In the 1922 range three side valve singles  of 74×81 mm bore x stroke were offered,  a Standard Touring Model (B),  a Standard  Sporting Model and a Stripped  Sporting  Model with racing-type mudguards, high compression engine and no kick starter.
The machine has  a quickly detachable rear wheel and internal expanding front and rear brakes, which is quite advanced for 1922.
Magneto is ML,  carburetor AMAC.
This practical  vintage motorcycle has been restored some time ago and comes complete with acetylene lighting system.