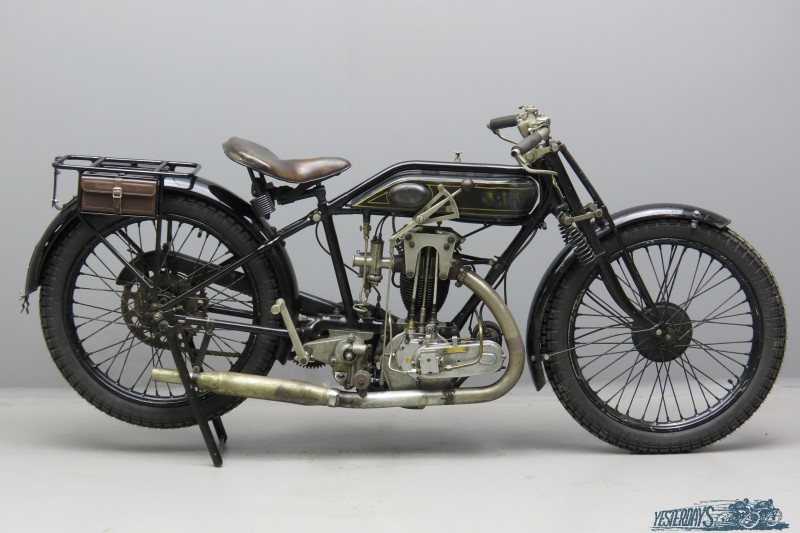 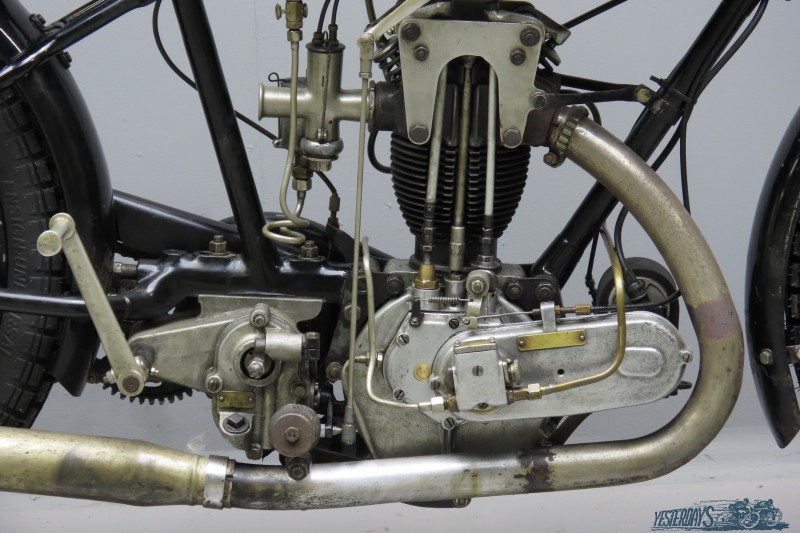 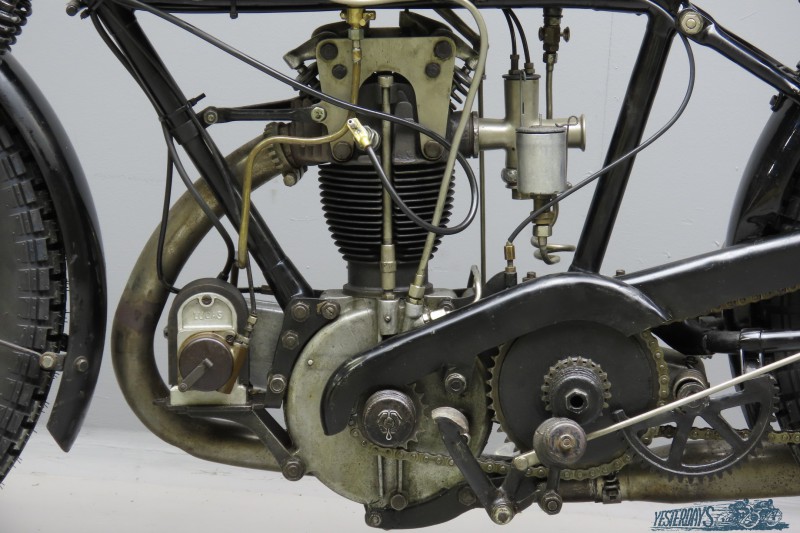 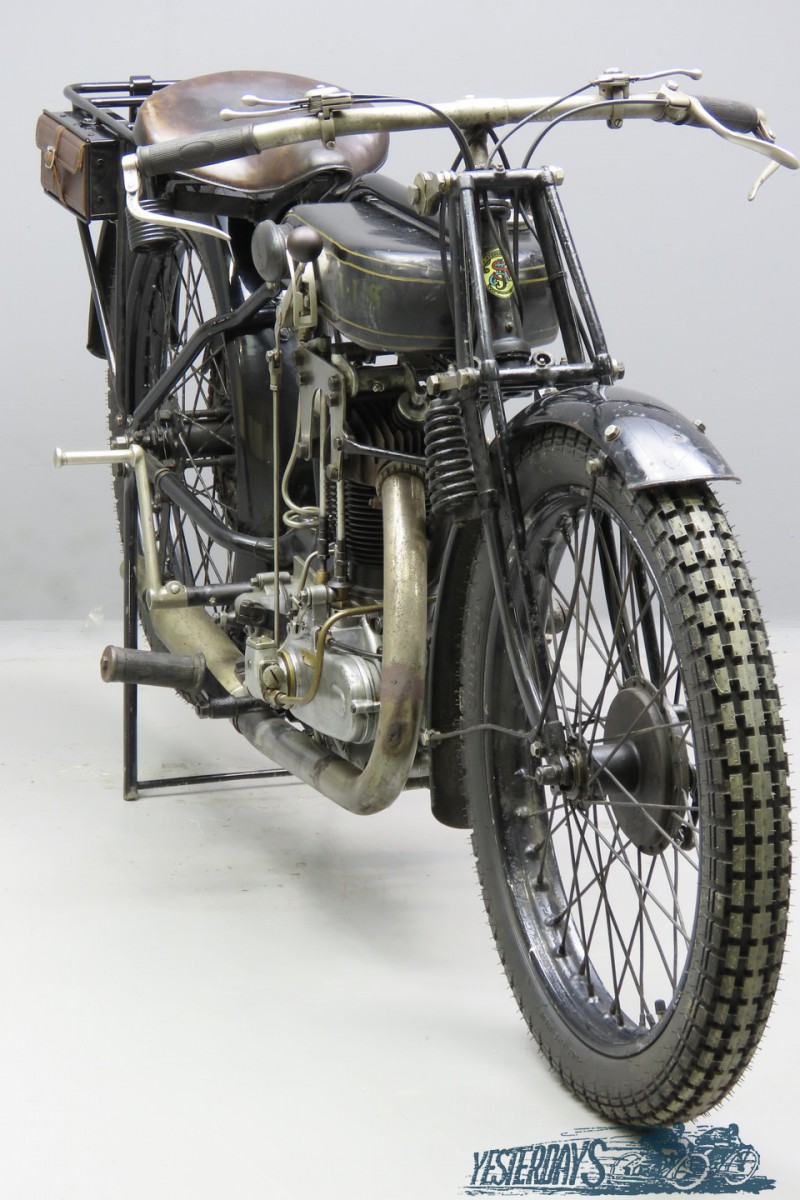 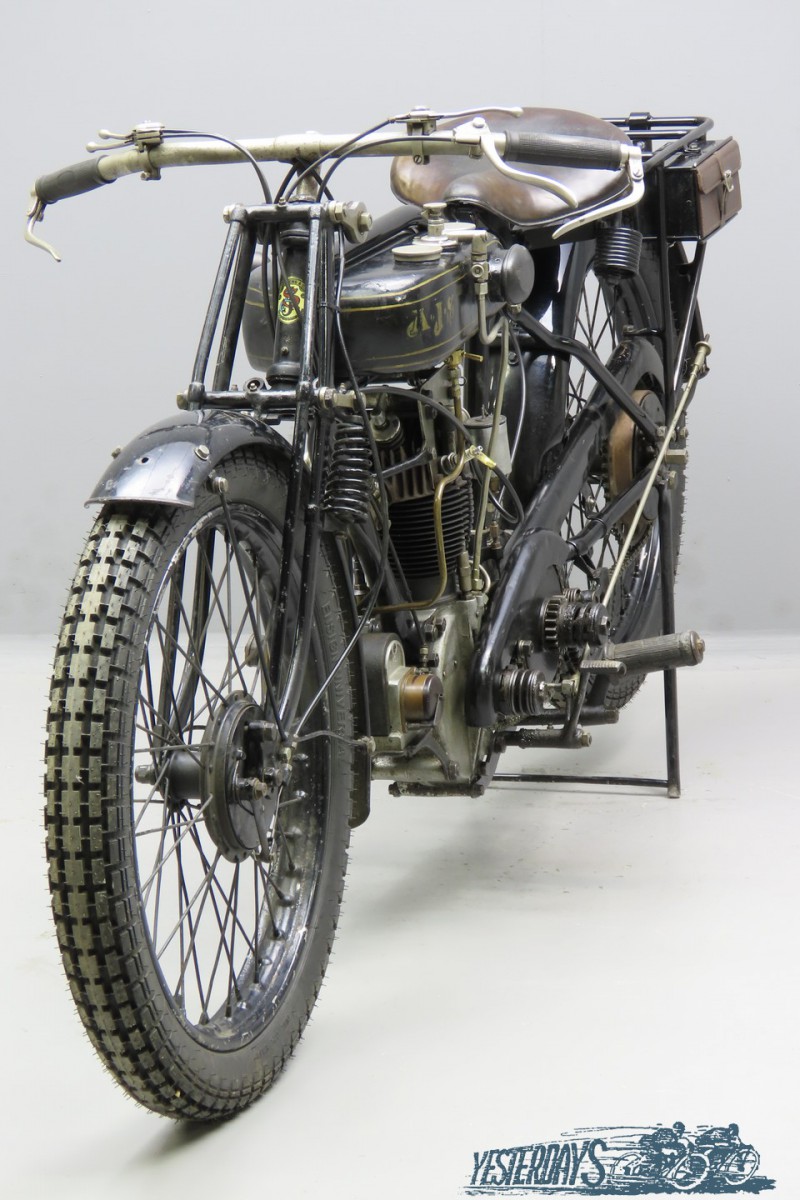 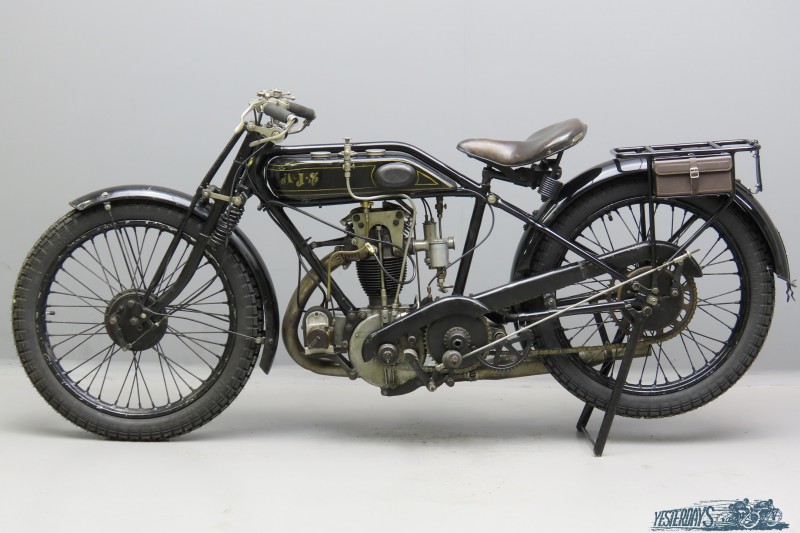 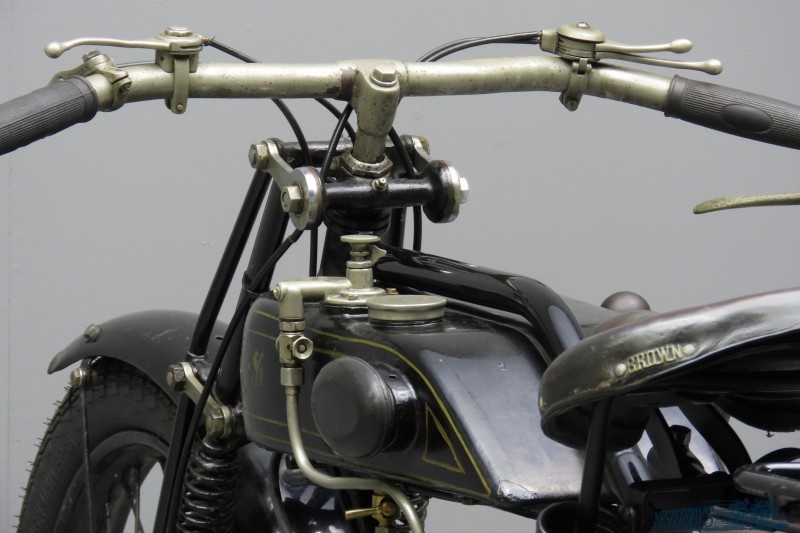 After victory in the 1920 Junior TT, AJS’s new overhead-valve 350 racer scored a memorable double the following year.
Tom Sheard won the Junior race and Howard Davies the Senior, the first time such a feat had been achieved on a 350.
The production version made its debut in November 1922, delighting clubmen everywhere with its ‘racer on the road’ performance.
The nickname “Big Port” is derived from the enormous size of the exhaust port and pipe. From 1925 till 1931 year-related letter prefixes were added to the numbering system: the letter G was used for 1926.
This right-first-time design was destined to achieve countless successes in the hands of privateers and it was changed only in detail before being superseded by a much-revised M6 model for 1929. G6 was the standard model for 1926, other options that year were the G7 Special Sports and the G7R Special Racing Model.
The 1926 catalogue informs us that “with the exception of minor modifications, the 3.49 hp and 7.99 hp models remain practically unaltered for 1926”.
Good news for prospective buyers is that the manufacturing facilities of the company have been greatly increased.
This results in a reduction of production costs and consequently lower prices.
Engine dimensions are 74x81mm, the cylinder head is detachable and there’s a three speed AJS countershaft gearbox on board. Maximum speed is about 70 miles per hour, weight approximately 90 kilograms.
Special features of a Big Port are that it’s relatively light, has a powerful engine and for its time adequate brakes, so it’s very well suited for fast vintage touring.
.