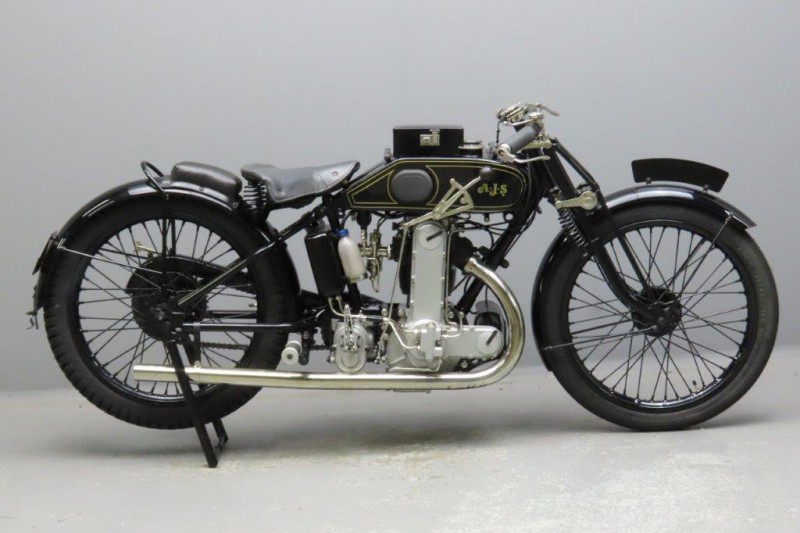 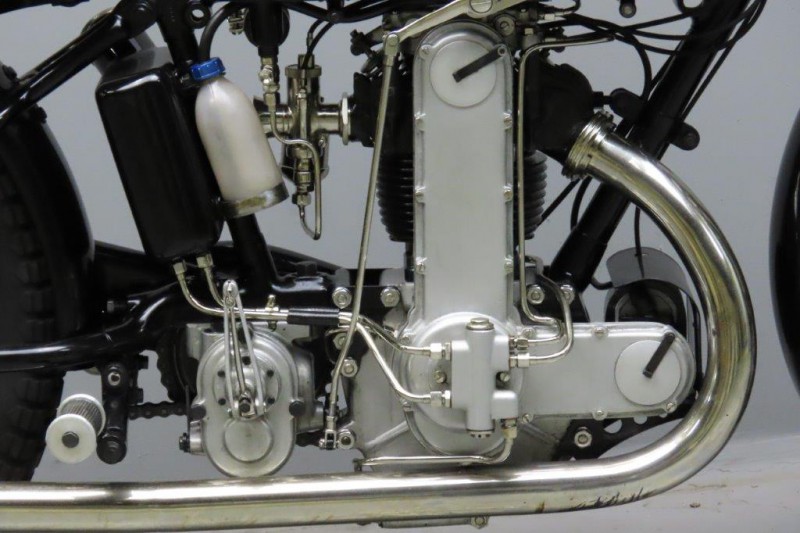 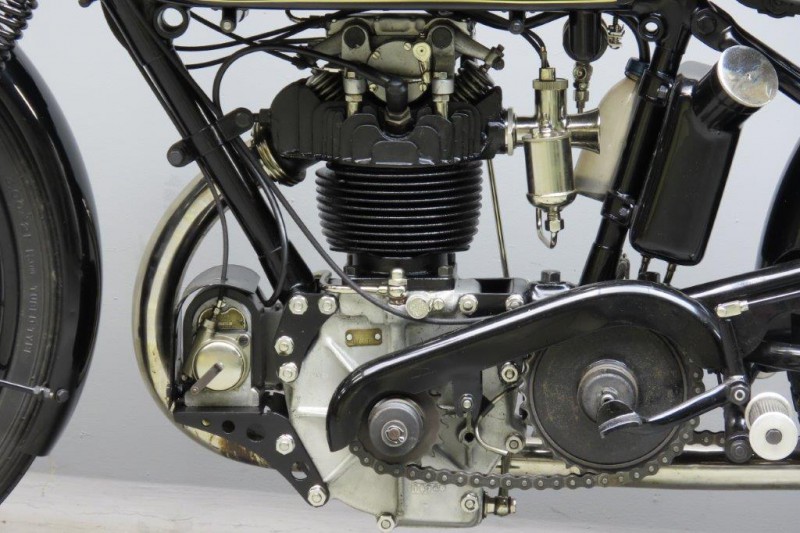 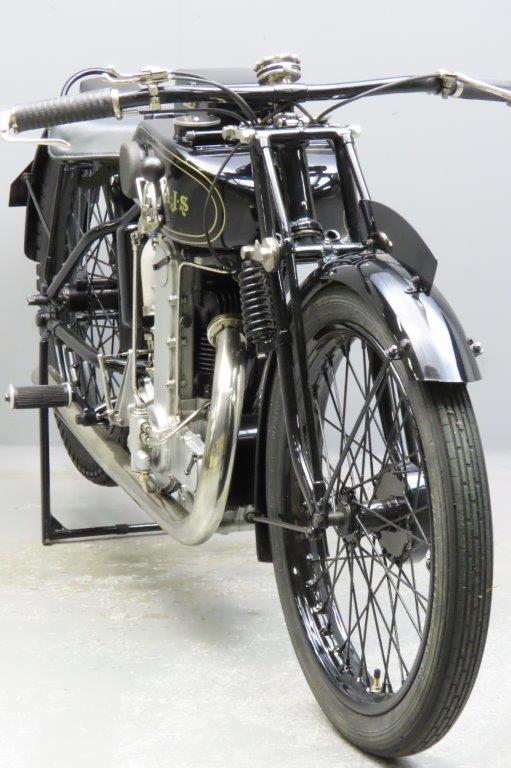 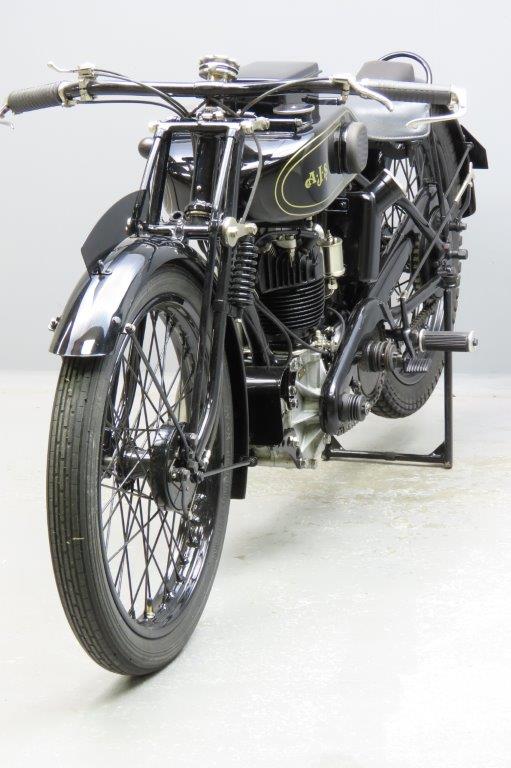 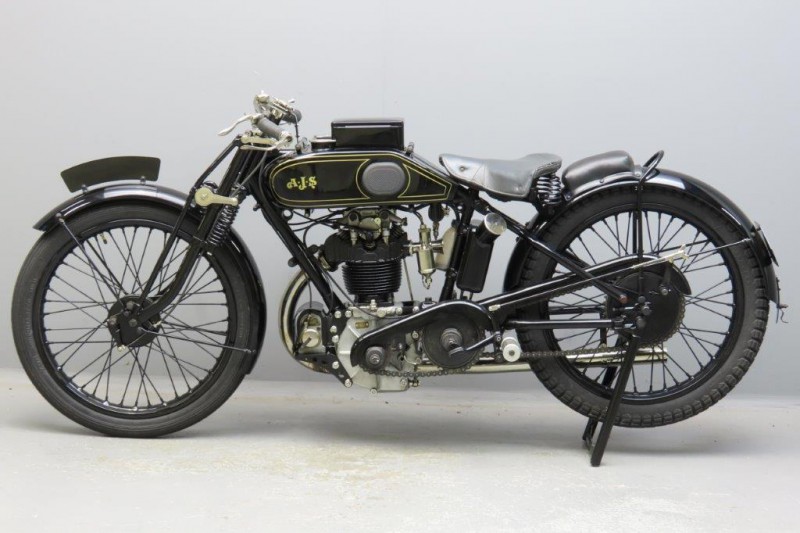 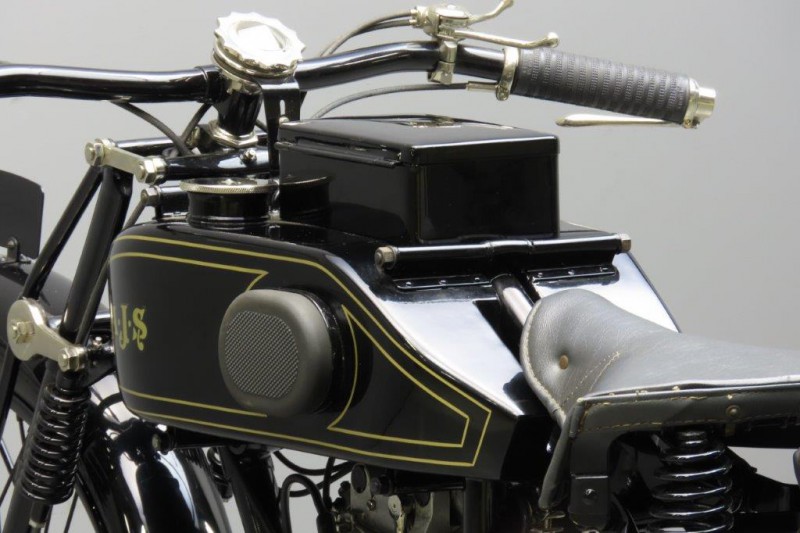 For the 1927 TT AJS had developed the Bigport into a racer that had a chain driven overhead camshaft.
The OHC concept proved very successful, so from the 1928 season 350cc and 500cc OHC models were catalogued as “suitable for competition work”.
They were further developed in 1929 and 1930 but the company’s worsening financial situation killed them off: although cammy S7 and S10 models were listed for 1931, production ceased later that year when the company was taken over by Matchless.
The cammy models had dry sump lubrication with patent tensioning device and reaction damper and auxiliary oil feed to cylinder base.
Narrow racing type mudguards, semi-TT handlebars, tank top tool case and André steering damper were standard fittings.
Bore x stroke of the K10 is 84×90 mm.
This attractive machine is an early specimen of the K10, it still has the 1927 type TT timing case and TT rockers.
It is fitted with fast fittings such as 21 inch wheels, racing-type footrests, TT-type oil and petrol tanks, Amac carburettor and Lucas racing magneto.
This K10 is in sterling condition and has proved its reliability is various rallies.