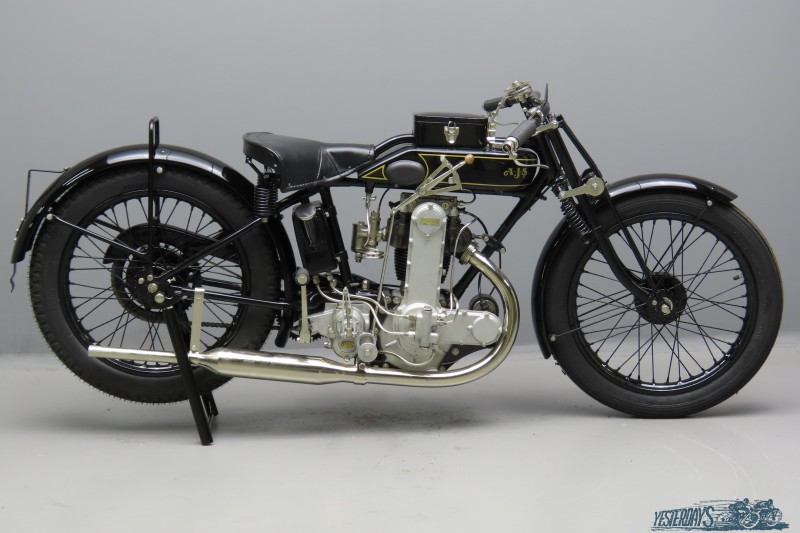 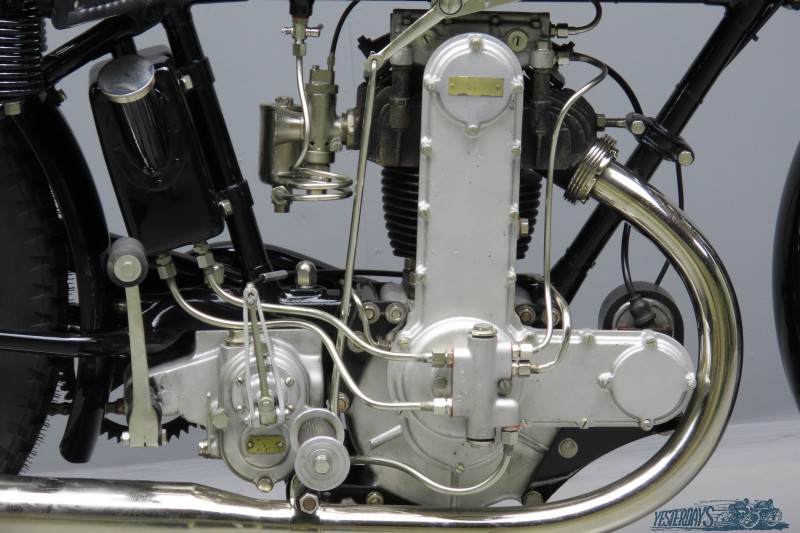 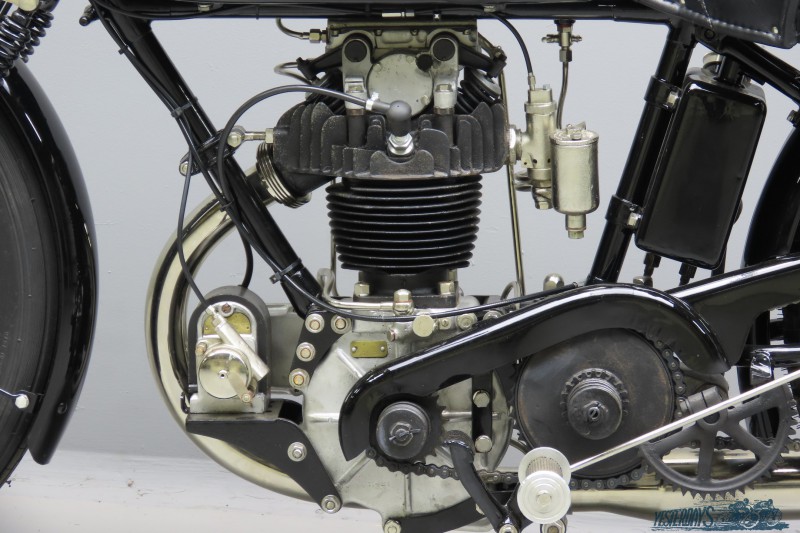 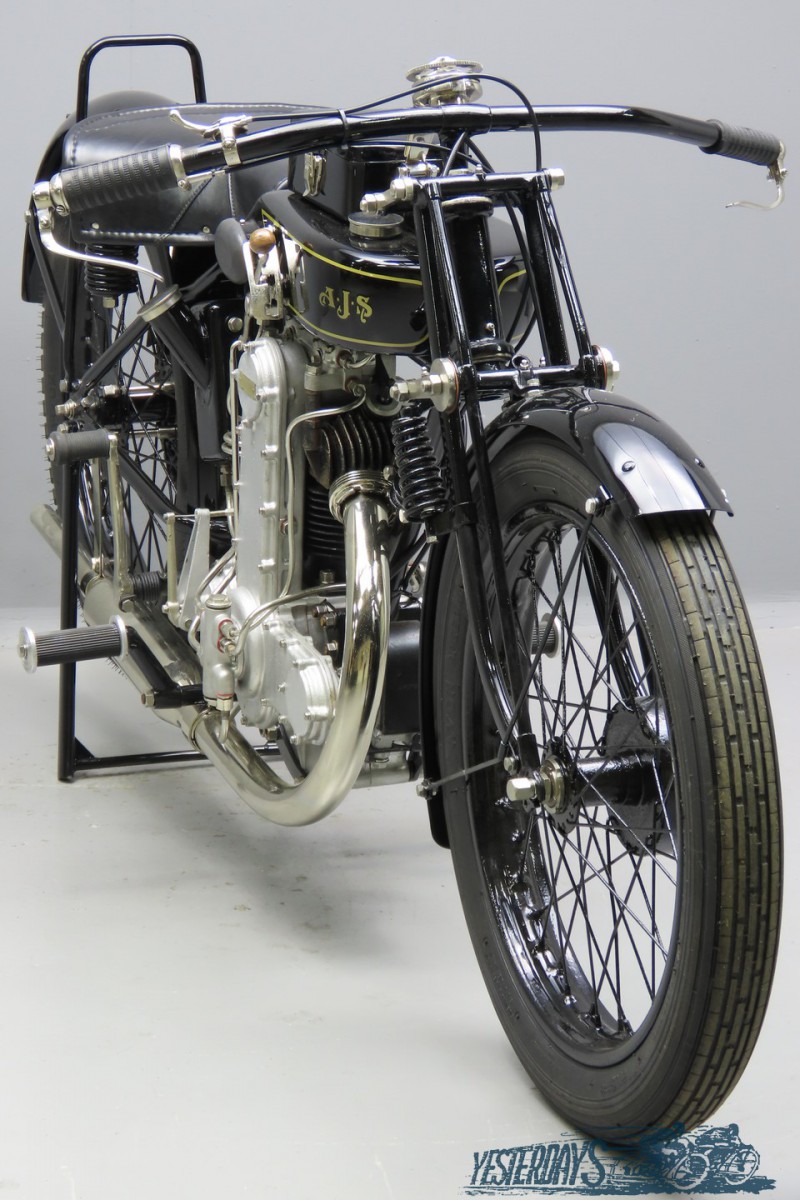 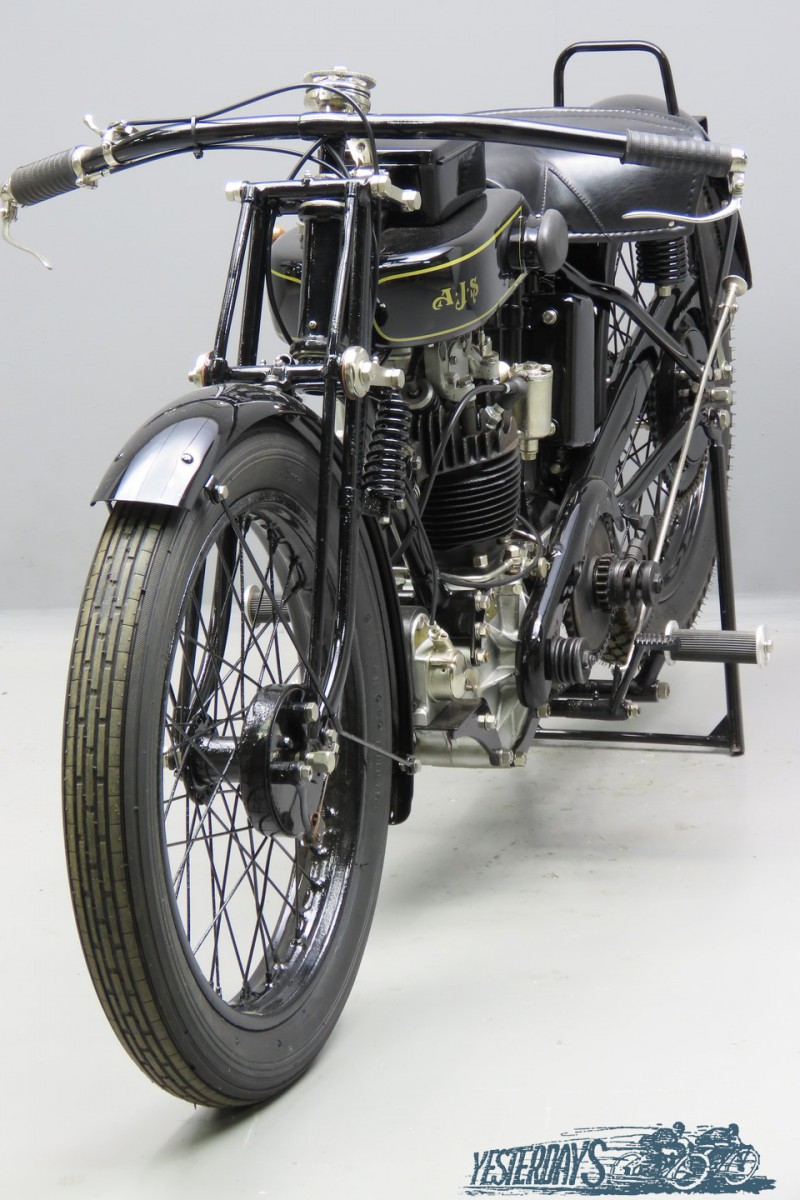 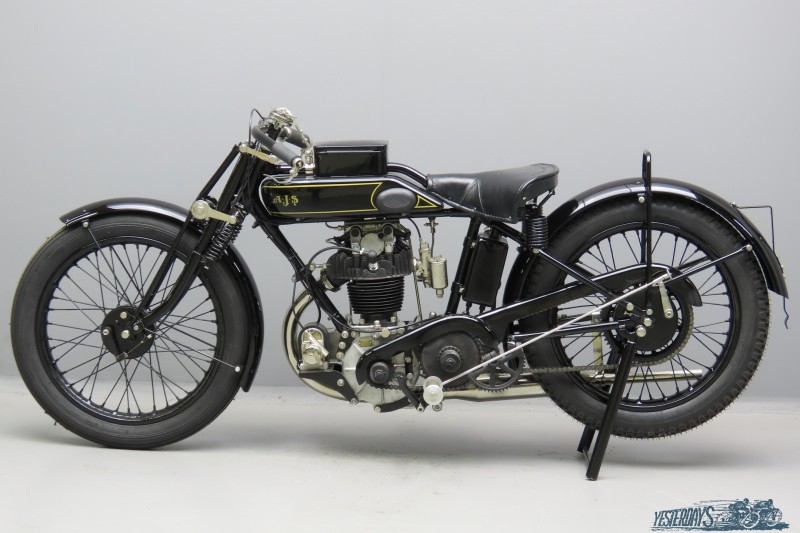 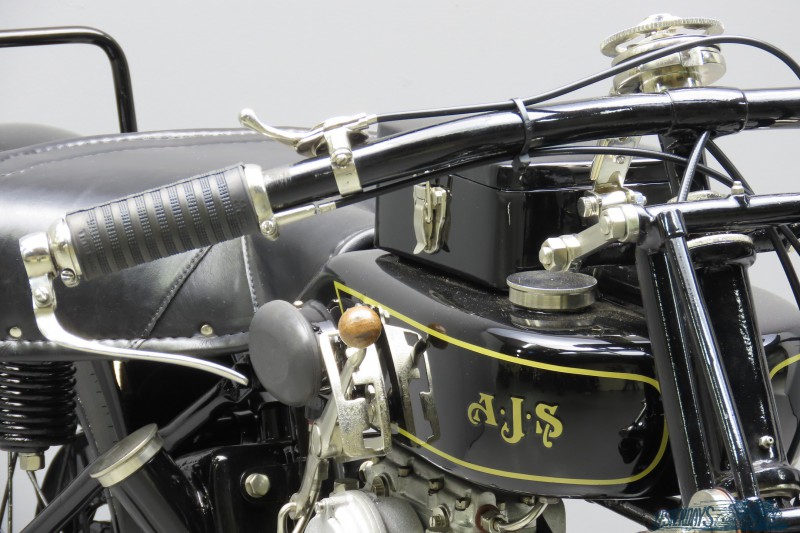 The 350cc AJS OHV machines from the twenties got their nickname “bigport” from the enormous size of the exhaust port and pipe.
Between 1920 and 1922 AJS was very successful in racing with 350cc ohv machines; their catalogued models then were all side valve machines.
For the 1923 season the ohv concept was first used for a customer model; its official name was the “2 ¾ hp three speed Overhead valve T.T. model”, but unofficially it immediately became the “Big Port” Ajay.
By the late 1920s, AJS’s overhead-valve ‘Big Port’ was nearing the end of its development, and in 1927 the works race bikes appeared with a new overhead-camshaft engine.
Instead of the customary shaft and bevel gears, the camshaft was chain driven, its distinctive cast-alloy case extending forwards to the front-mounted magneto.
After initial lubrication problems had been sorted out, works rider Jimmy Simpson rode the 350cc version to victory in the Belgian, Swiss, Austrian and European Grands Prix in 1927.
A catalogued model from 1928, the ‘cammy’ AJS was built in 350cc (K7) and 500cc (K10) capacities initially, customer versions being equipped with three-speed gearboxes rather than the works bikes’ four-speed units.
Sadly, AJS’s worsening financial situation curtailed further development, and although cammy S7 and S10 models were listed for 1931, production ceased later that year when the company was taken over by Matchless.
This AJS K7 was delivered new to New Zealand in 1928 and rediscovered many years later, in 1953, abandoned in a shed on a sheep farm.
Largely complete and in very sound condition when found, the machine went on to have various owners in New Zealand before being purchased and restored to its former glory in 2020. Noteworthy features include inverted control levers; twistgrip carburettor control; John Bull handlebar rubbers; correct Lucas racing magneto (fully rebuilt); and an André Hartford steering damper.
Major restoration work included rebuilding the engine, gearbox and wheels, and nickel plating the brightwork.