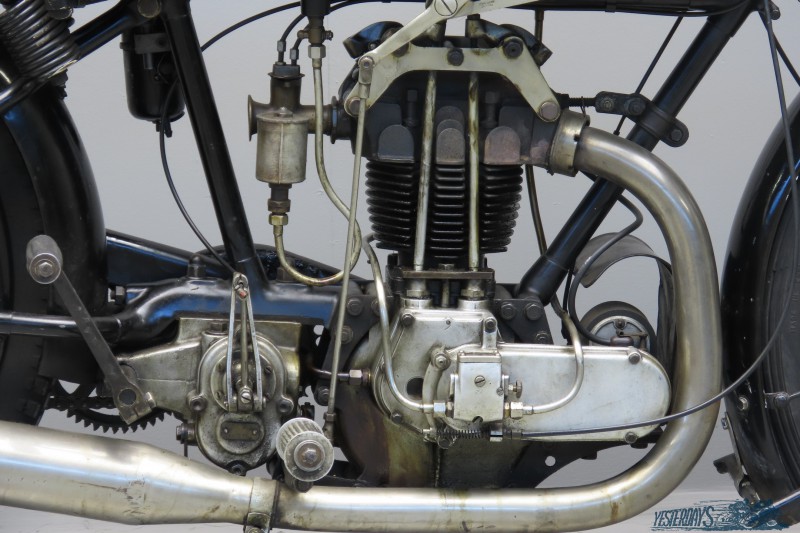 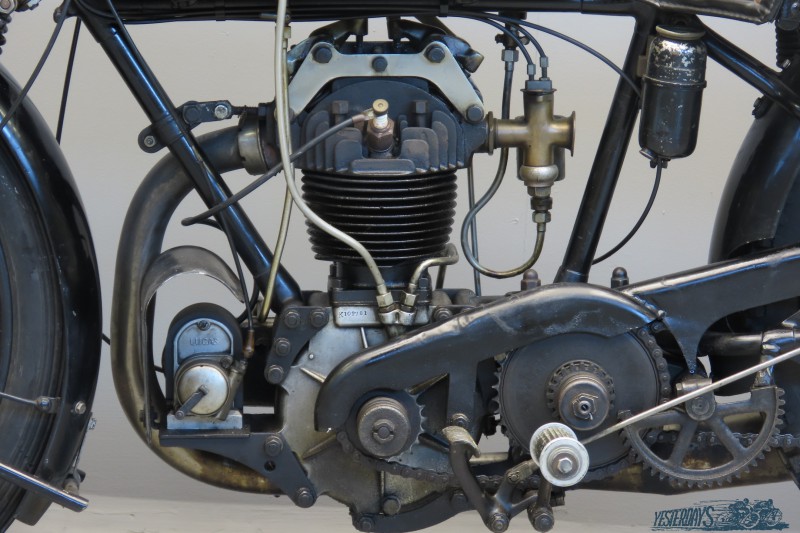 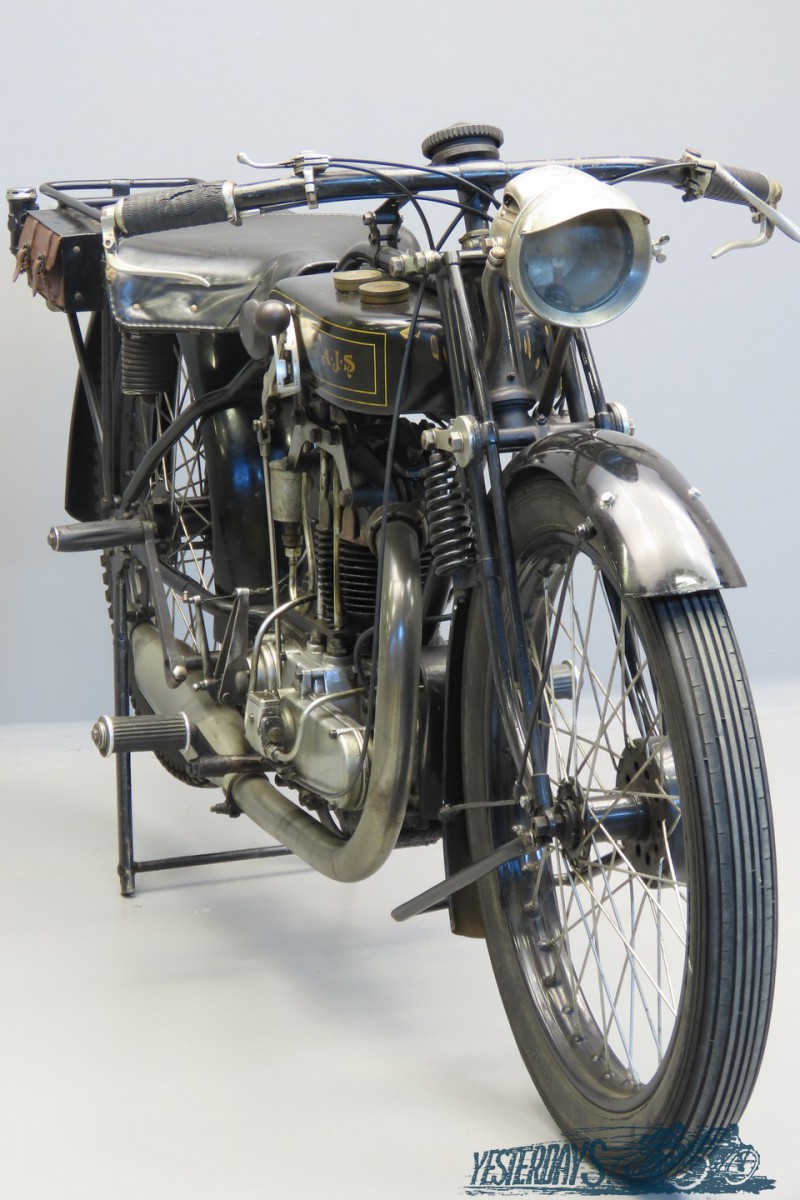 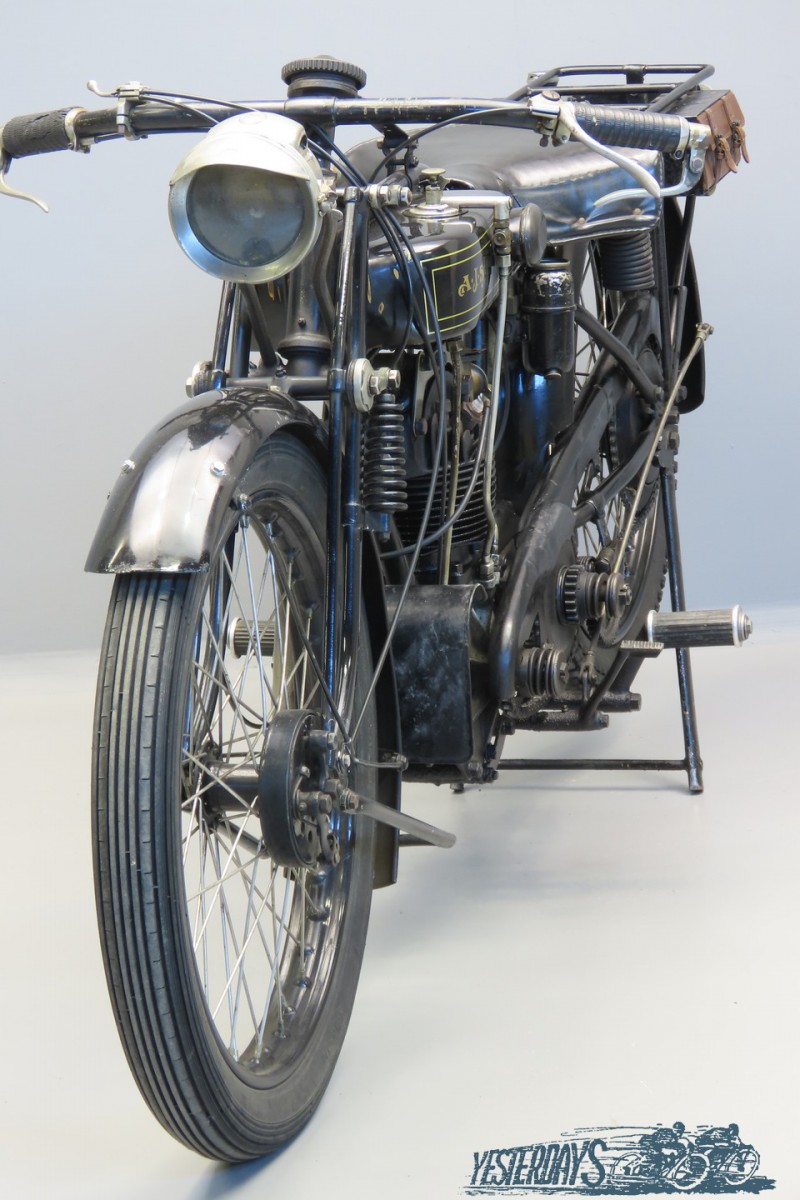 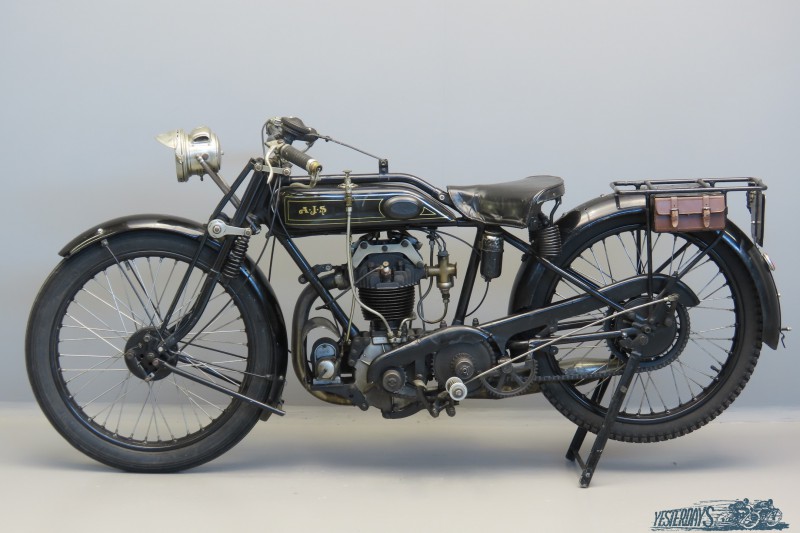 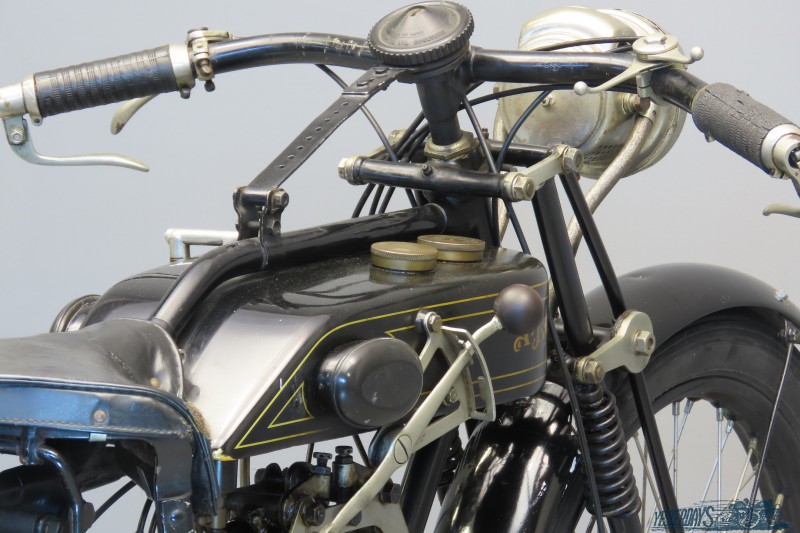 The four Stevens brothers had been in motorcycle manufacturing since the final years of the 19th century, but only in 1911 their first complete “AJS” motorcycle, a 298cc two speeder, was marketed.
For the 1912 season their first V- twin, the model D, was brought out. In the 1914 Junior TT a magnificent first and second place was scored.
After victory in the 1920 Junior TT, AJS’s new overhead-valve 350 racer scored a memorable double the following year, Tom Sheard winning the Junior race, and Howard Davies the Senior – the first time such a feat had been achieved on a 350. The production version made its debut in November 1922, its official name being the “2 ¾ hp three speed Overhead Valve T.T. model”, but unofficially it immediately became the “Big Port” Ajay.
A right-first-time design destined to achieve countless successes in the hands of privateers, the overhead-valve 350 AJS changed only in detail before being superseded by a much-revised M6 model for 1929.
The latter’s engine incorporated a number of improvements including enclosed rocker gear and dry-sump lubrication, while the frame was redesigned to accommodate a saddle tank, and Webb forks replaced the earlier Druids. From 1925 on prefixes were used to the numbering system: E=1925, G=1926, H=1927 K= 1928.
Although the external appearances of the new “K” models did not differ very markedly from the earlier “H” series, they had in fact been redesigned.
The old familiar method of using a bridge piece and tie rods to retain the cylinder head and barrel was abandoned in favour of studs and nuts, while new cylinder heads and barrels for all the established models were made more robust with larger cooling fins.
Another new feature was the fixing of the Terry spring top saddle; to allow a lower riding position, each saddle was hinged at its peak, being bolted through the down swept top tube.
The lower tank rail was extend rearwards with a T-shaped tubular cross piece, to which the rear springs of the saddle were attached.
This iconic vintage sports machine is a Dutch-registered older restoration that comes with acetylene lighting system and André steering damper.