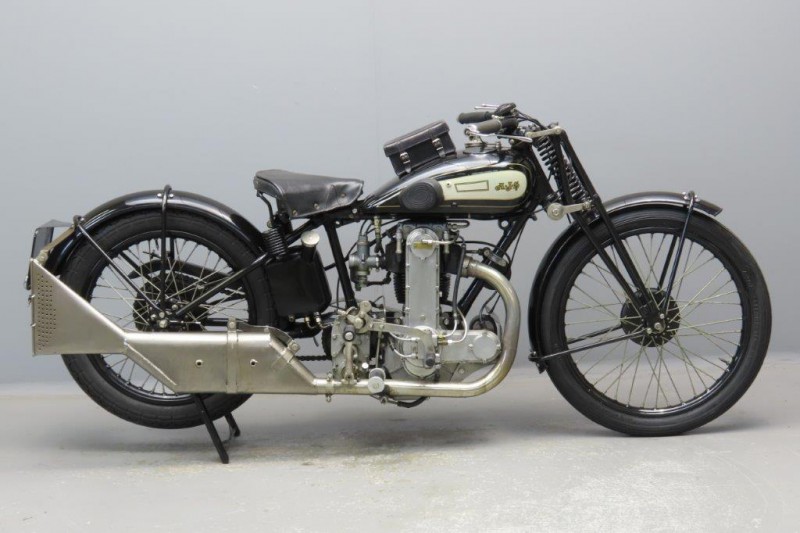 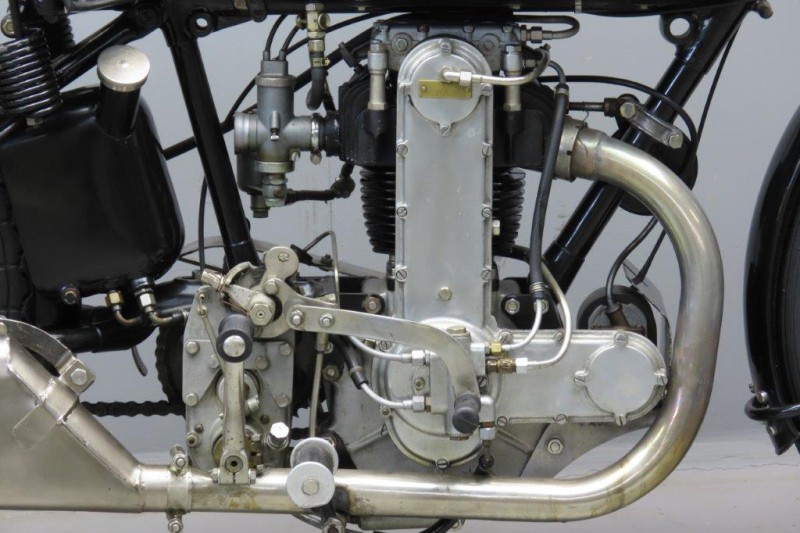 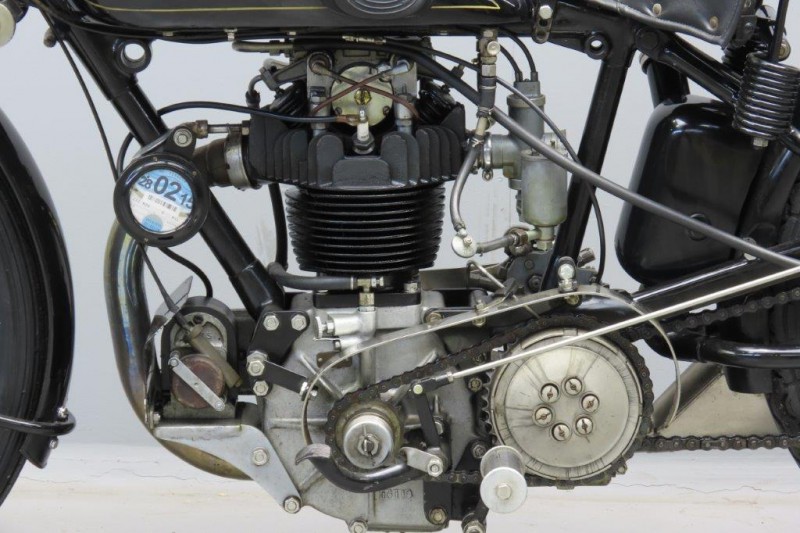 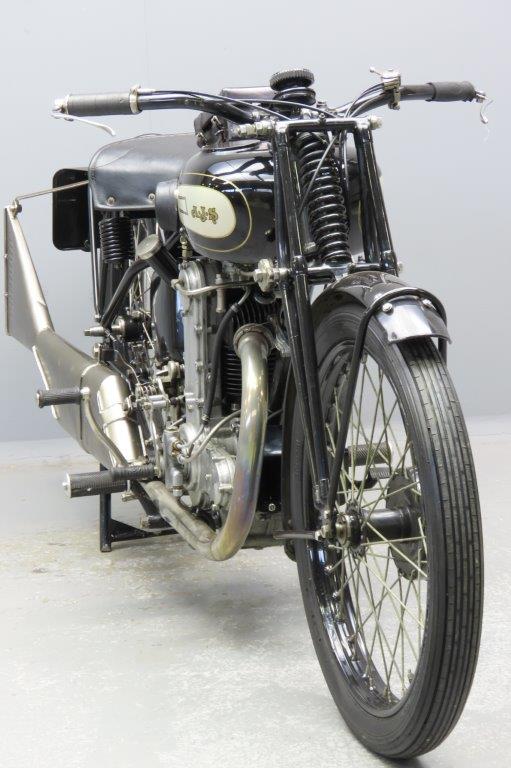 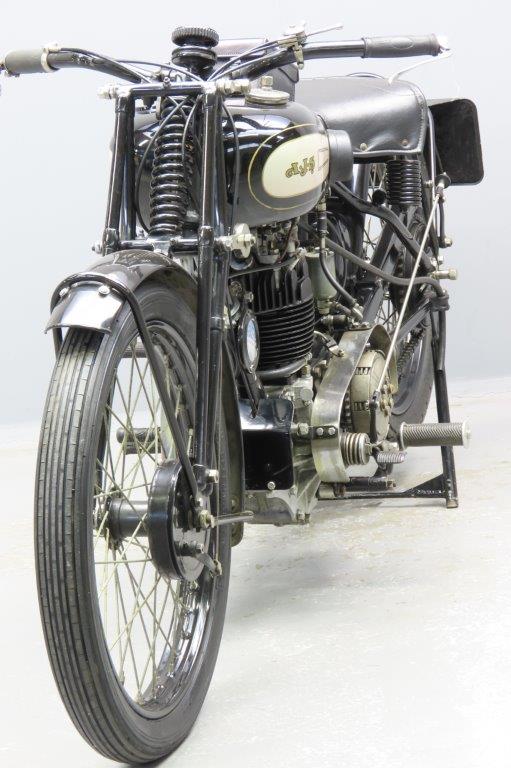 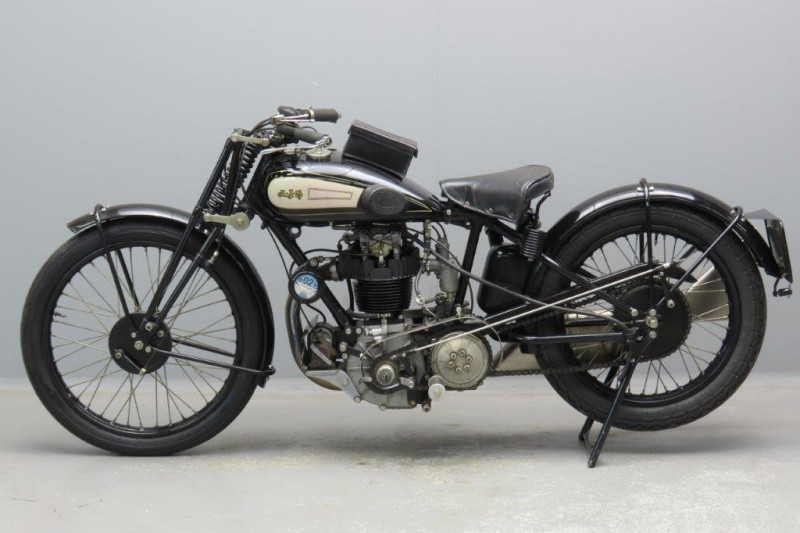 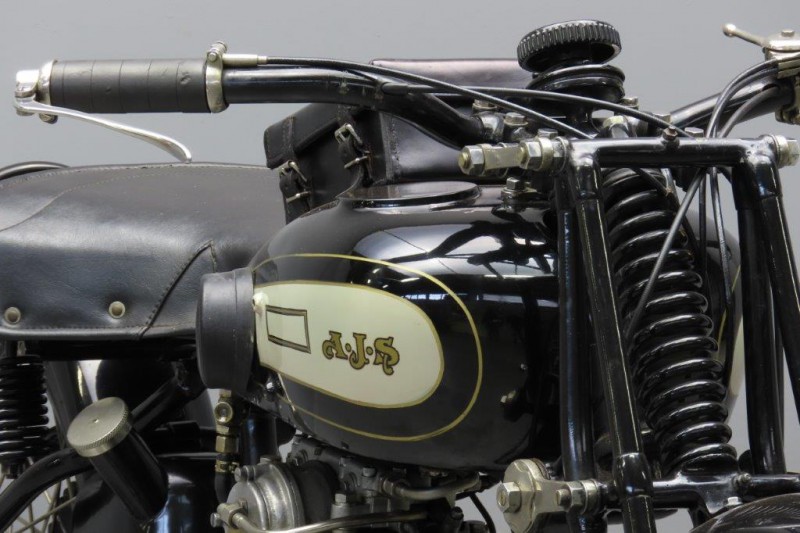 For some 6 years the “ Bigport” series had been very successful, but in 1928 it was decided it was time to give the 1929 model range a totally new appearance.
No less than 20 “ improvements” were made and they were certainly no detail changes.
To name a few: a redesigned frame giving a lower saddle height, a graceful saddle tank with built in speedometer, separate oil tank, enclosed valve mechanism and last but not least brightly colored side panels on the tank.
The model range spanned from the 9.96 HP twin passenger combo (M1) to the 2.48 HP lightweight (M12); AJS started numbering with the highest capacity models, which was rather unusual with model numbering systems then.
For the 1927 TT the company had developed the Bigport into a racer that had a chain driven overhead camshaft.
The OHC concept proved very successful, so from the 1928 season 350cc and 500cc OHC models were catalogued as “suitable for competition work”.
The ohc models were further developed in 1929 and 1930 but AJS’s worsening financial situation killed them off: although cammy S7 and S10 models were listed for 1931, production ceased later that year when the company was taken over by Matchless.
The cammy models had dry sump lubrication with patent tensioning device and reaction damper and auxiliary oil feed to cylinder base.
Narrow racing type mudguards, semi-TT handlebars, tank top leather tool case and steering damper were standard fittings.
Bore x stroke of the M10 was 84×90 mm.
This good-looking M10 is fitted with foot change mechanism and convenient kick starter, which was catalogued as an extra.
She has been up-dated with the better Sturmey-Archer gearbox and clutch which was a 1930 feature.
The machine is in excellent order throughout.