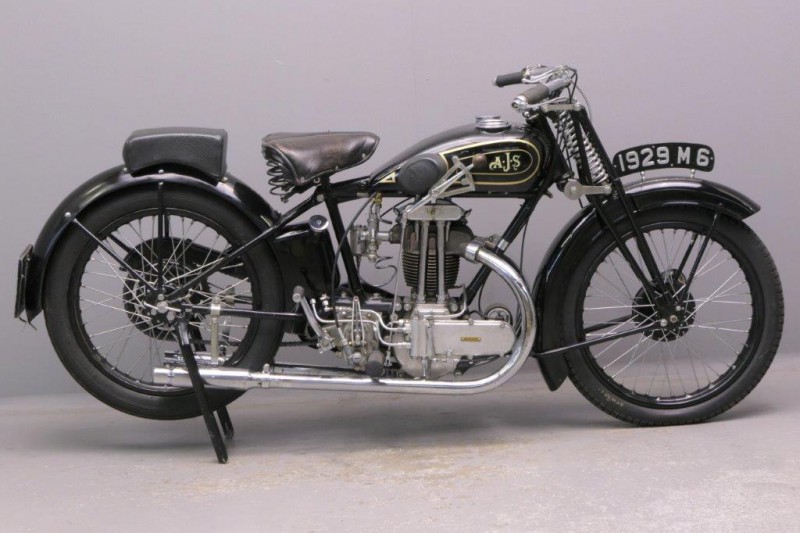 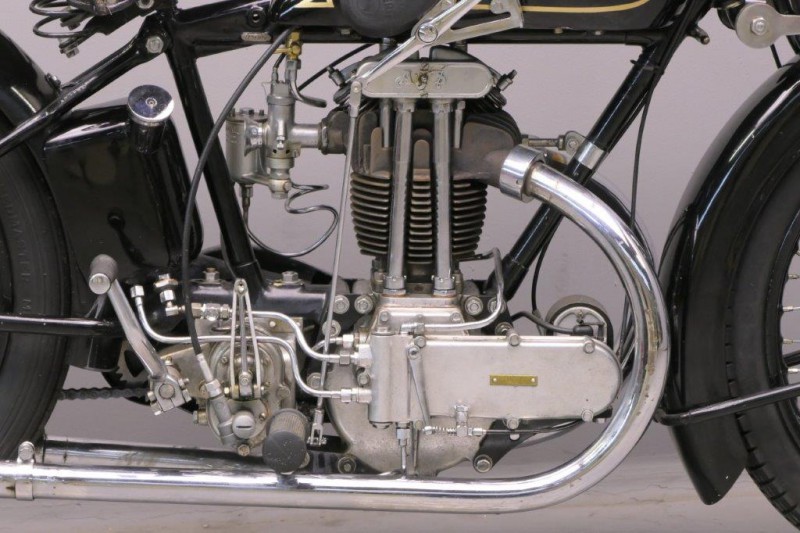 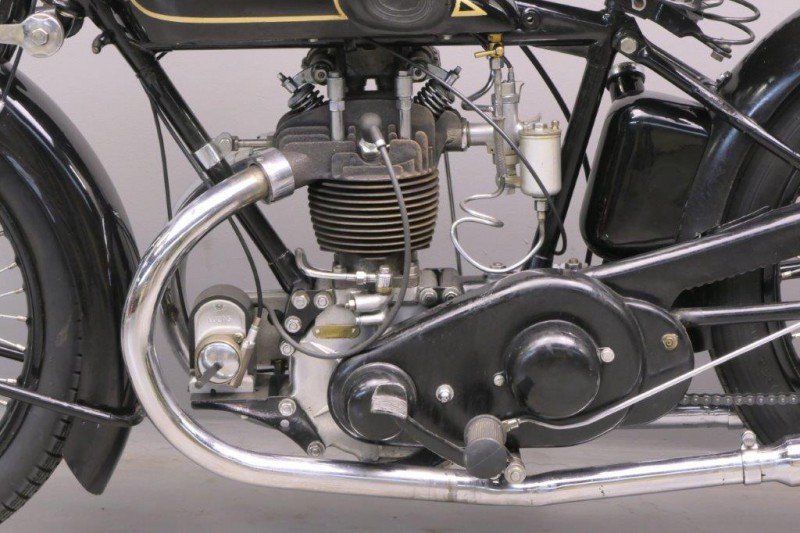 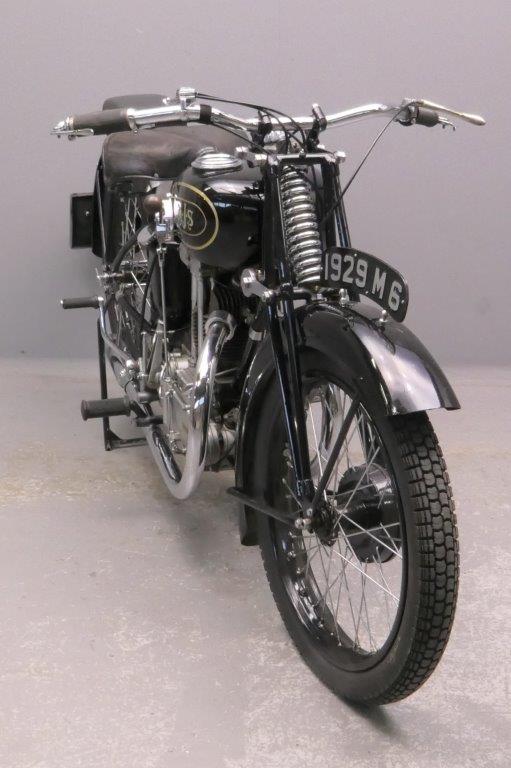 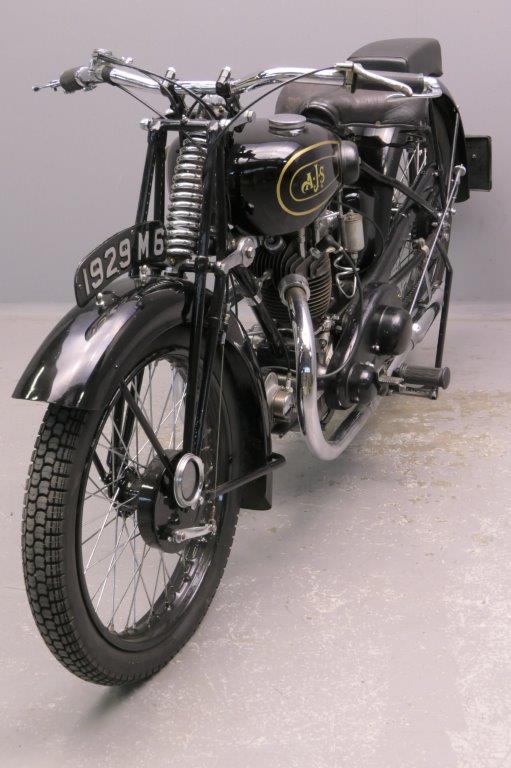 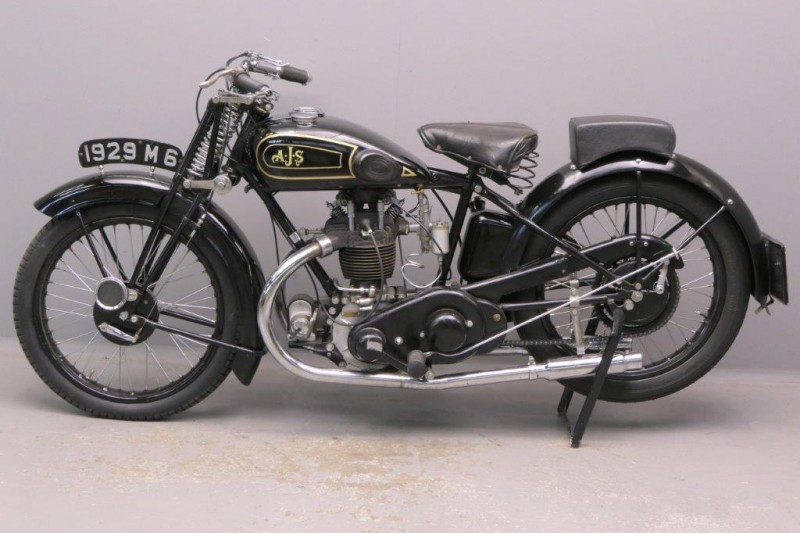 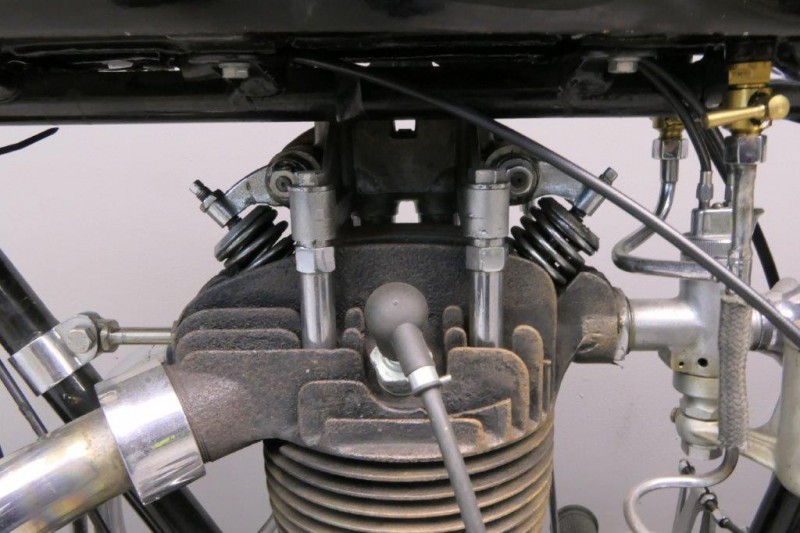 For some 6 years the “ Big Port” series had been very successful, but in 1928 it was decided it was time to give the 1929 model range a totally new appearance.
No less than 20 improvements were made and they were certainly no detail changes.
To name a few: a redesigned frame giving a lower saddle height, a graceful saddle tank with built in speedometer, separate oil tank, enclosed valve mechanism and last but not least brightly colored side panels on the tank.
The Model range spanned from the 9.96 HP twin passenger combo (M1) to the 2.48 HP lightweight (M12); AJS started numbering with the highest capacity models, which was rather unusual with model numbering systems at the time.
Three models represented the 350 cc class: M6 in single and two- port versions, and M7 which sported an OHC engine.
This matching-numbers M6 has been restored some years ago.
Works carried out included replacing the main bearings, gearbox bearings and wheel bearings; re-spoking the original wheels; overhauling the carburettor and speedometer; replacing the oil feed pipes and exhaust locking nuts; fitting two new silencers and rebuilding the magneto.
This machine comes complete with tank top mounted Smiths speedo and steering damper; she has seen only occasional use after restoration.