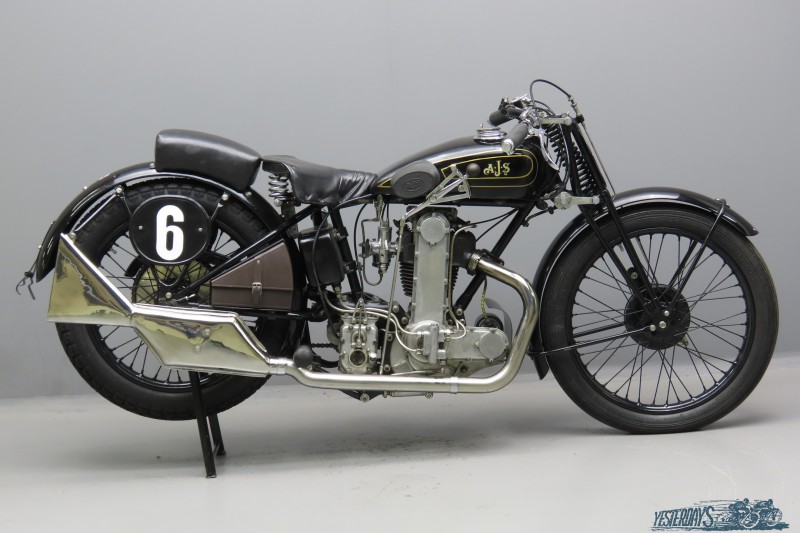 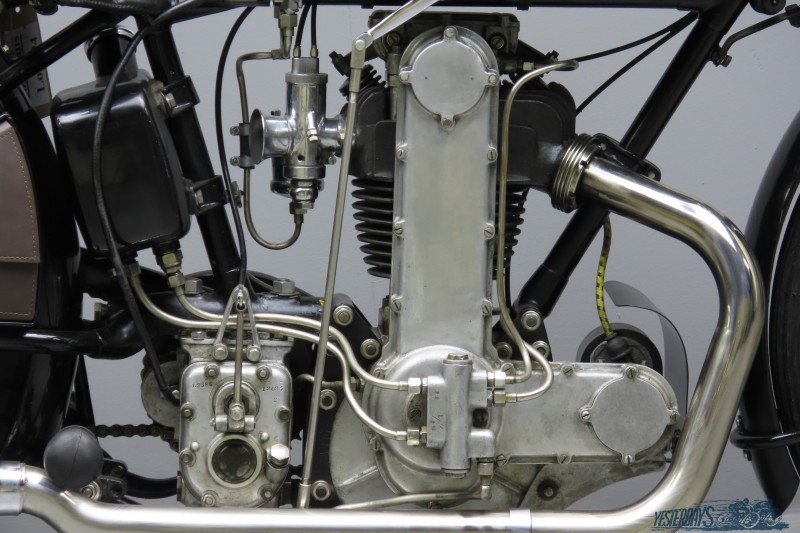 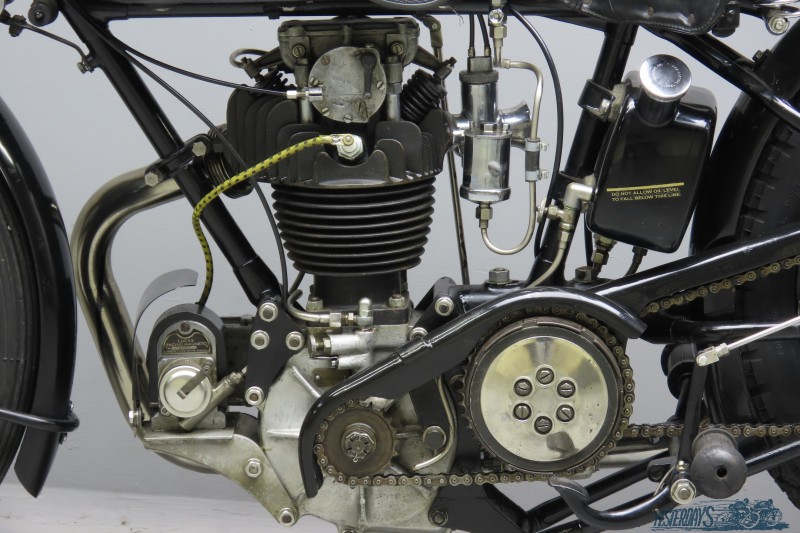 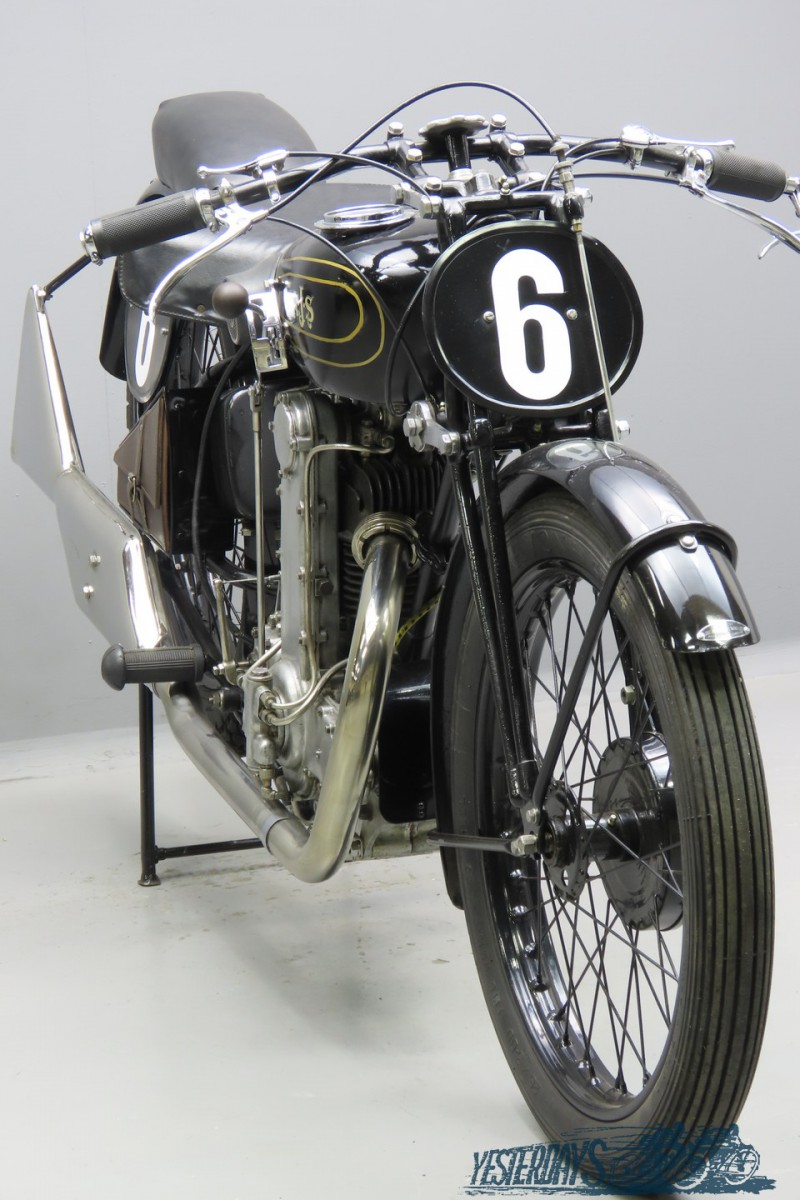 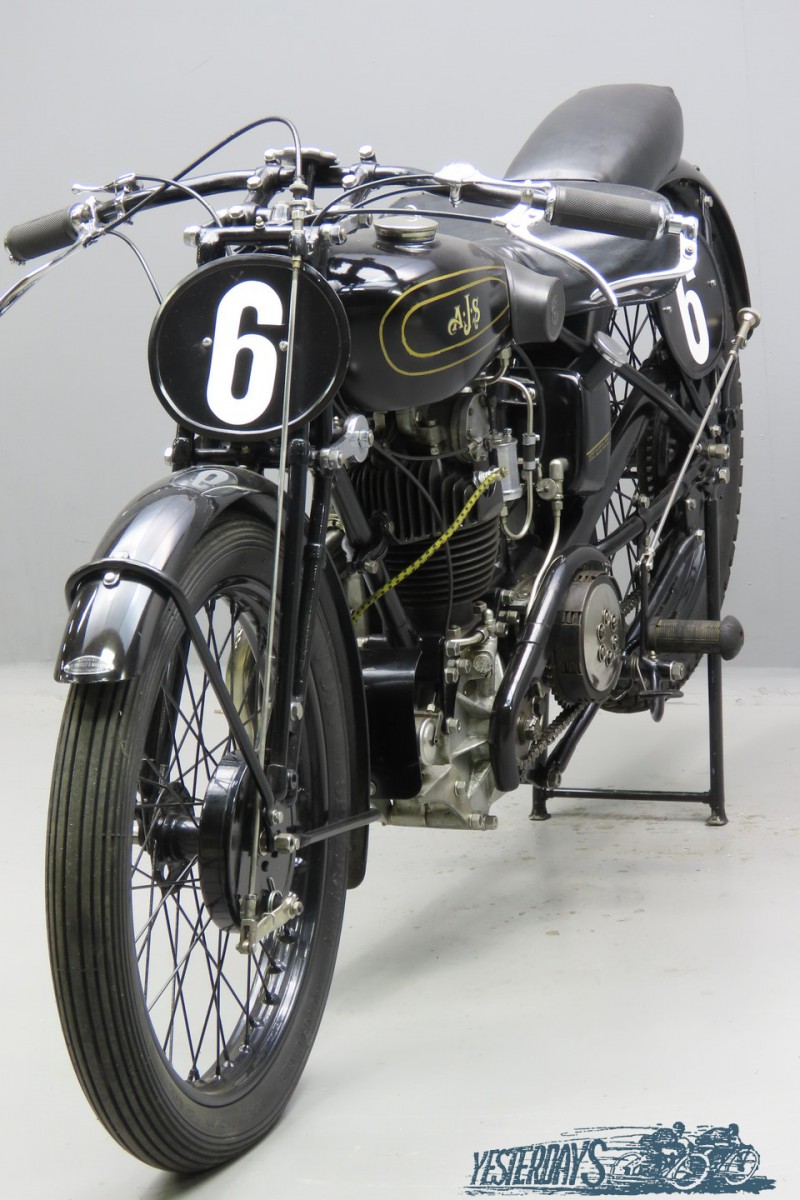 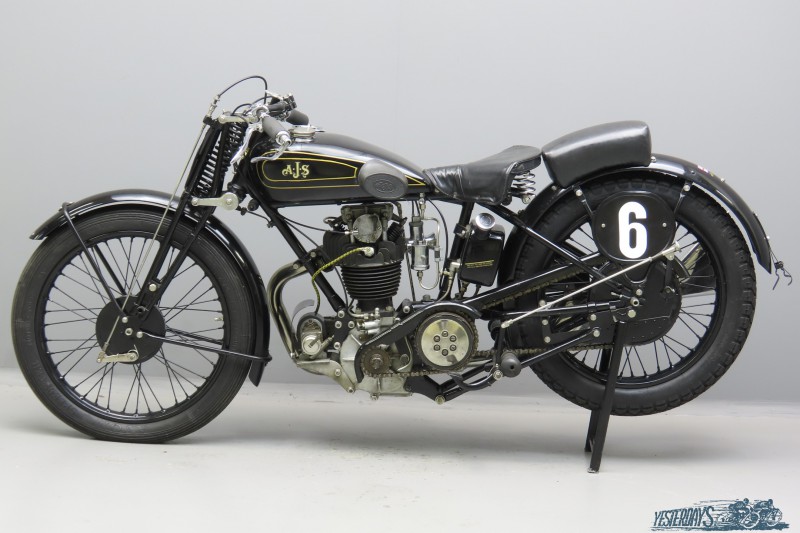 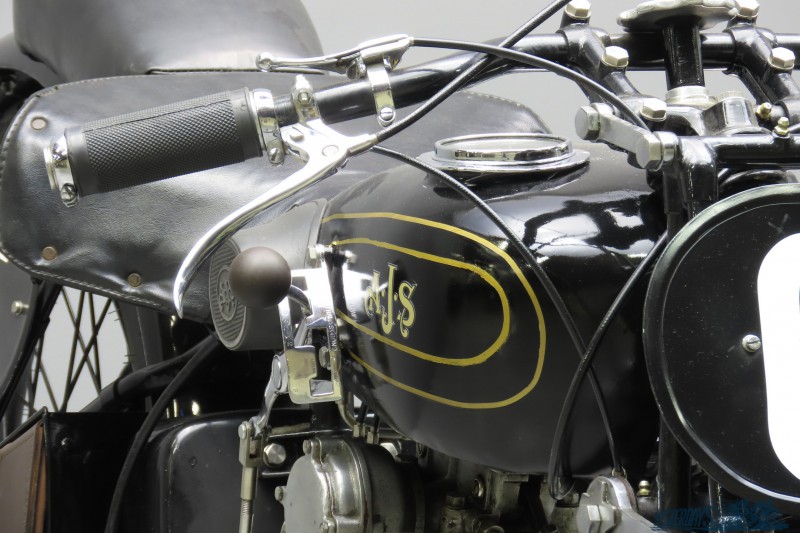 For some 6 years the “ Bigport” series had been very successful, but in 1928 it was decided it was time to give the 1929 model range a totally new appearance.
No less than 20 “ improvements” were made and they were certainly no detail changes.
To name a few: a redesigned frame giving a lower saddle height, a graceful saddle tank , a separate oil tank, enclosed valve mechanism and last but not least brightly coloured side panels on the tank.
The Model range spanned from the 9.96 HP twin passenger combo ( M1) to the 2.48 HP lightweight ( M12); AJS started numbering with the highest capacity models, which was rather unusual with model numbering systems then.
A noticeable point for 1930 was that the old familiar black-and-gold finish was back: it replaced the magenta of the 1929 model year.
For 1930 two models with overhead camshaft were marketed, the 349 cc “R7”and the 498 cc “R 10”.
These models had a chain driven OHC engine with patent tensioning device and reaction damper and were marketed as “over the counter” racing machine with special features like sports-type handlebars, twist grip carb control and narrow racing-type mudguards.
According to the accompanying dating certificate of the A.J.S & Matchless Owners Club Ltd., this M7’s frame was manufactured in 1929 (believed October) while the engine dates from 1930.
The machine comes with new exhaust, reconditioned correct Lucas NR1 racing magneto, new toolbox, reconditioned Smiths PA tank-top speedometer and correct Sturmey Archer drive.
The AJS has been started regularly using a paddock starter and has mainly been used for display at motorcycle shows.