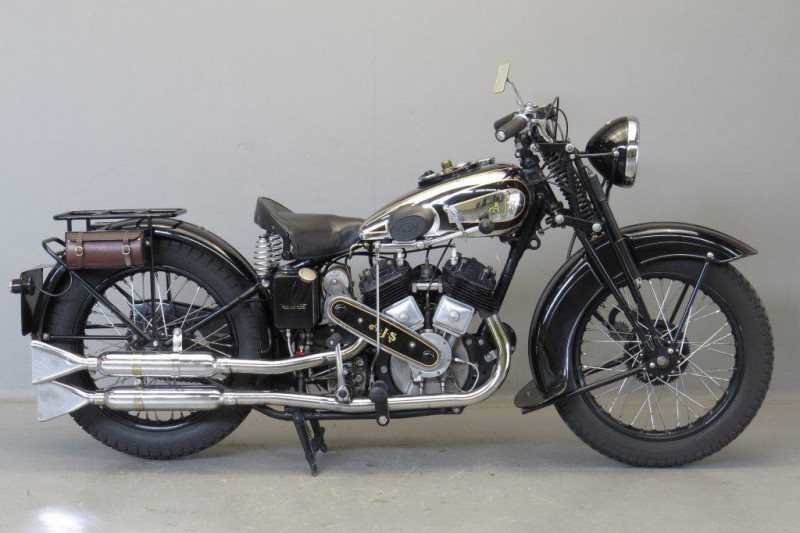 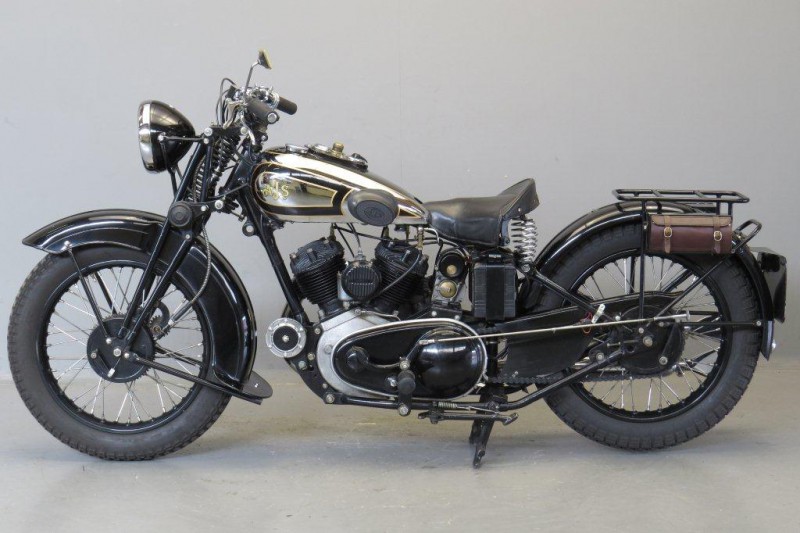 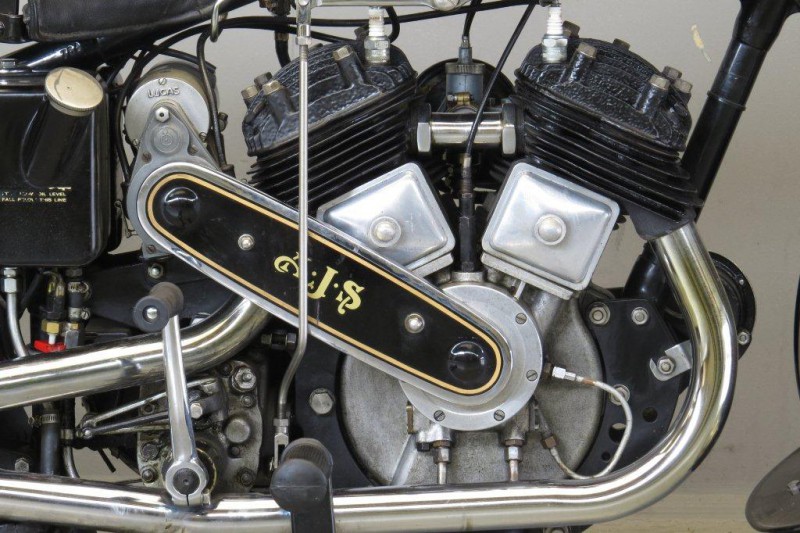 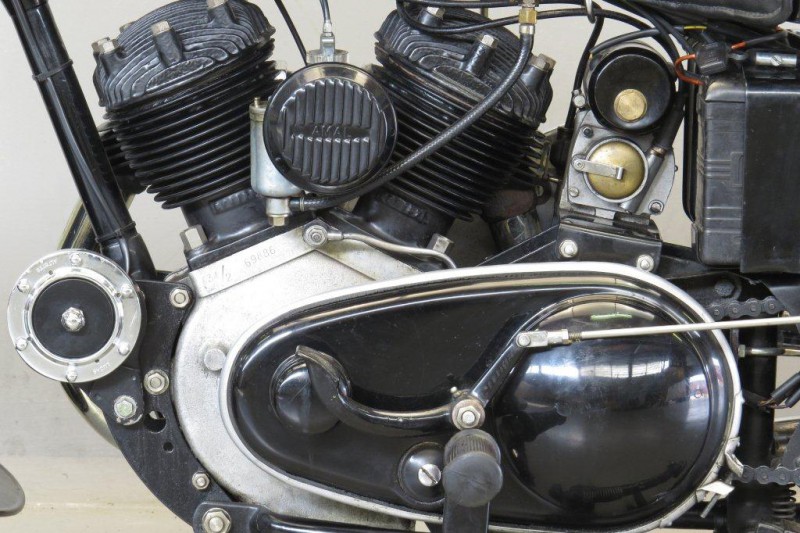 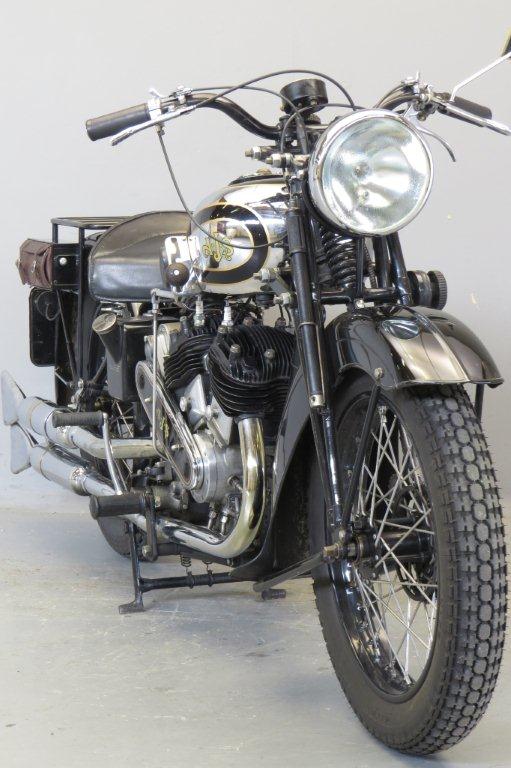 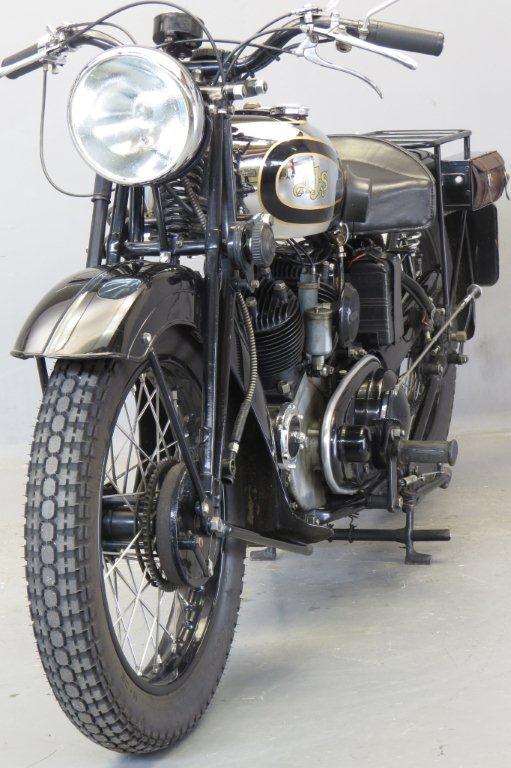 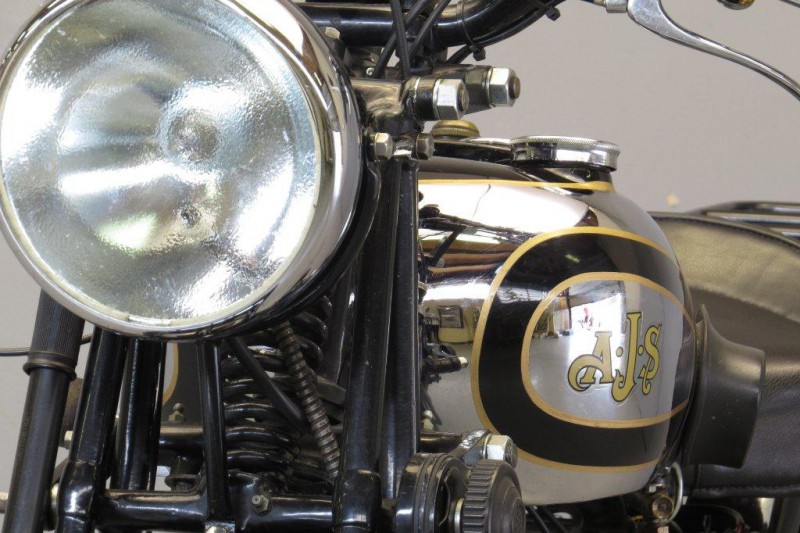 In 1931, in the middle of the economic depression, The Matchless Company had taken over AJS Motorcycles and moved production from Wolverhampton to London.
AJS machines kept their identity for some years, but from halfway the thirties rationalization was the keyword and Matchless and AJS models became almost identical,even to the engine numbering system, in which first the year and then the model code  are shown.
The 1934 AJS range consisted of almost a dozen models, ranging from a 250 OHV  single to a 990 cc  SV twin.  An analysis by “The Motor Cycle” of the models brought out  for the 1934 season showed that 500 cc models were still most popular, closely followed by 250 cc models.
350s were getting less popular.
Roughly one in every five machines was a multi-cylinder.
The  AJS  twin  was available  as  “English Model”  with sports handlebars and footrests,  or  “ Export Model” with long touring handlebars and rubber-covered footboards.
The engine is “square” with bore x stroke of 85.5 x 85.5 mm and lubrication is effected by a  dry sump system.
The four speed gearbox is Sturmey Archer made to AJS design. the tank-top instrument panel contains amp gauge, clock, inspection lamp and light switch.
This machine is a well-restored example of the mighty English V-twin.