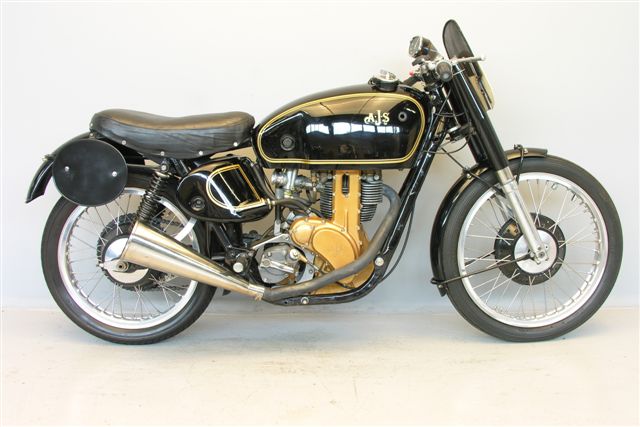 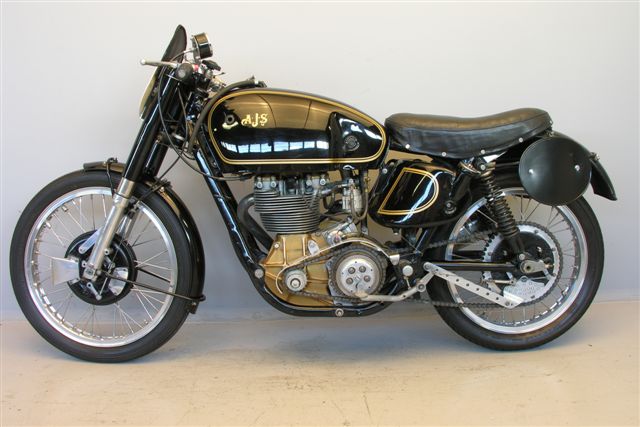 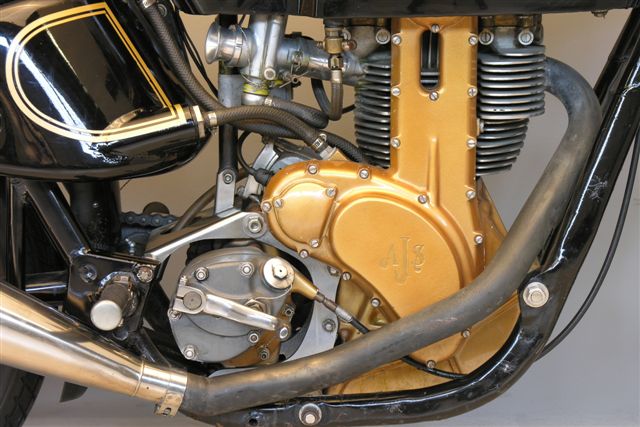 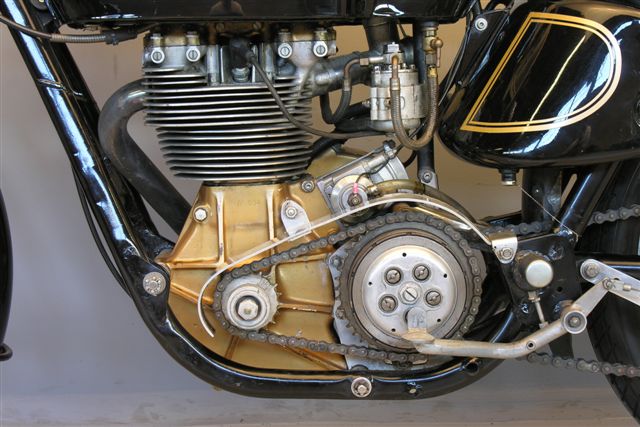 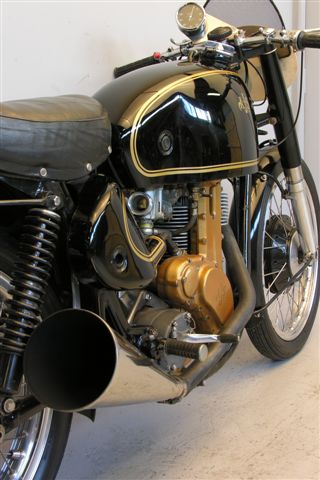 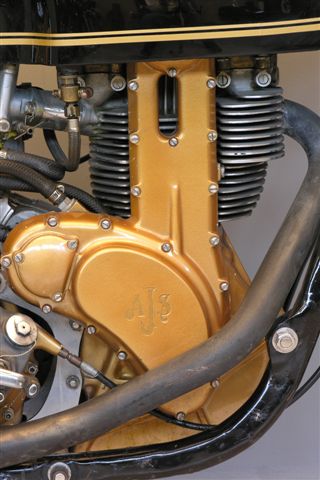 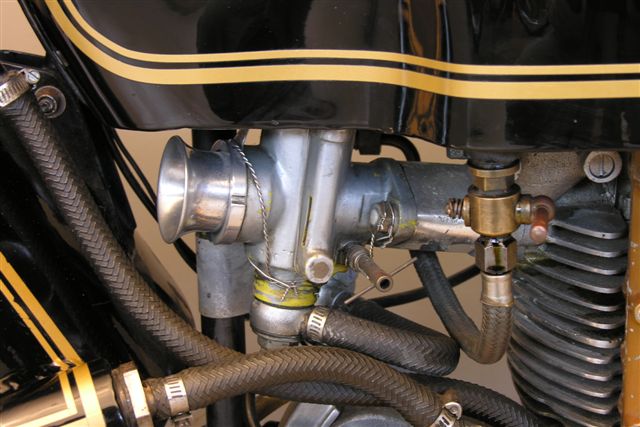 Built from 1948 to 1963, Associated Motor Cycles’ AJS 7R-known as the “Boy Racer”- was one of the most successful over-the-counter racing motorcycles off all time.
Almost all Britain’s road-race stars of the 1950s and 1960s rode a 7R at some stage of their careers, and the model remains a major force in classic racing today.

This early AJS 7R was previously owned by one D.Wharton, a lifelong AJS enthusiast who died in 1985, and was subsequently purchased by Kenneth H Evans of Merceyside.
The machine was sold to William Lasby of British Columbia, Canada circa August 1985 and is presumed to have been purchased by Steve Harding, also of British Columbia, who in turn sold the motorcycle on January 3th 1988 to the immediately preceding owner.
The latter started and ran the motorcycle only once upon taking delivery in 1988 and then in 1990 put it on display in his kitchen.
The machine remained there until 2005 when it went on museum tour as part of “The Art of the Motorcycle”travelling first to Memphis, Tennessee where it was displayed as part of the”Wonders Cultural Series” Subsequently, the Orlando Museum of Art in Orlando, Florida displayed the motorcycle prior to returning it to its then owner in 2006.

The machine is offered together with a folder containing general information on the AJS 7R, previous owner correspondence and assorted engine rebuild/set-up details.
Also included are the original footrests ( folding rests are installed for racing ) and the original rear shock absorbers ( after-market units are currently installed ) After the usual safety checks and the customary re-commissioning we “bump-started” this AJS and experienced the thrill of power, speed and exceptional road-holding so well known with this close-ratio geared AJS 7R Boy Racer.