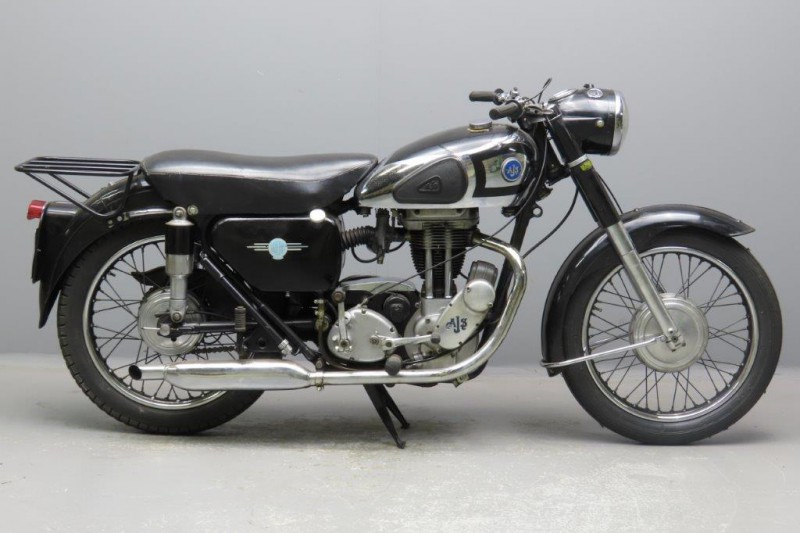 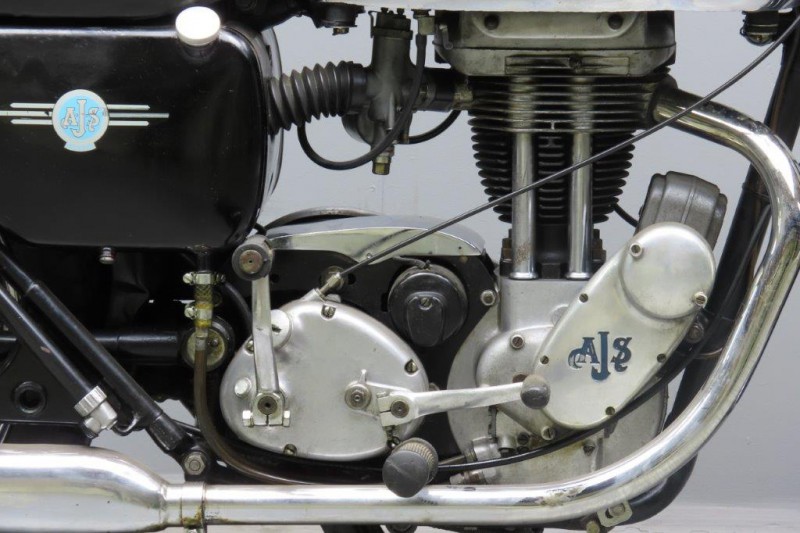 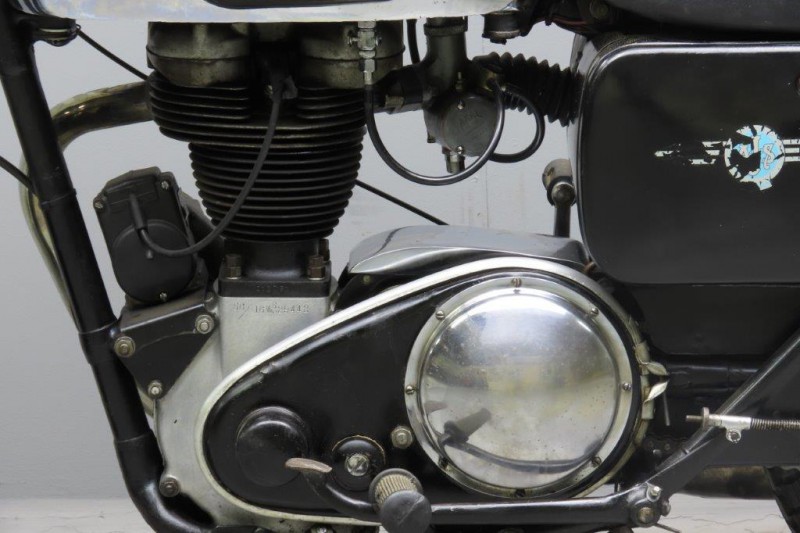 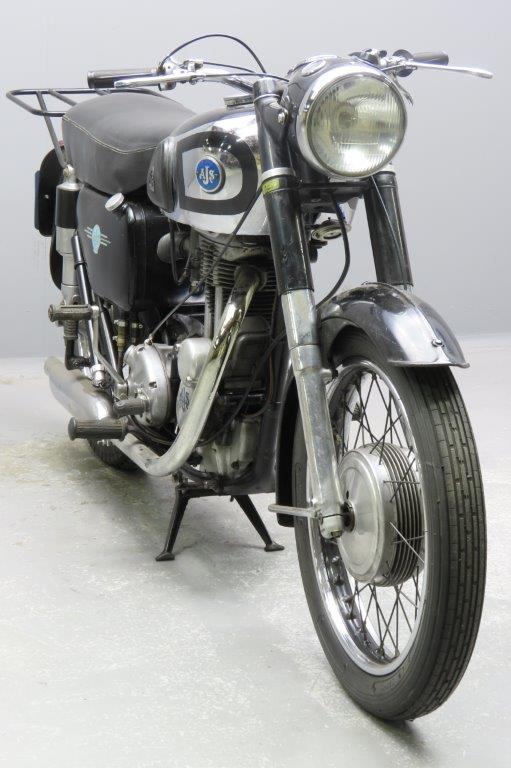 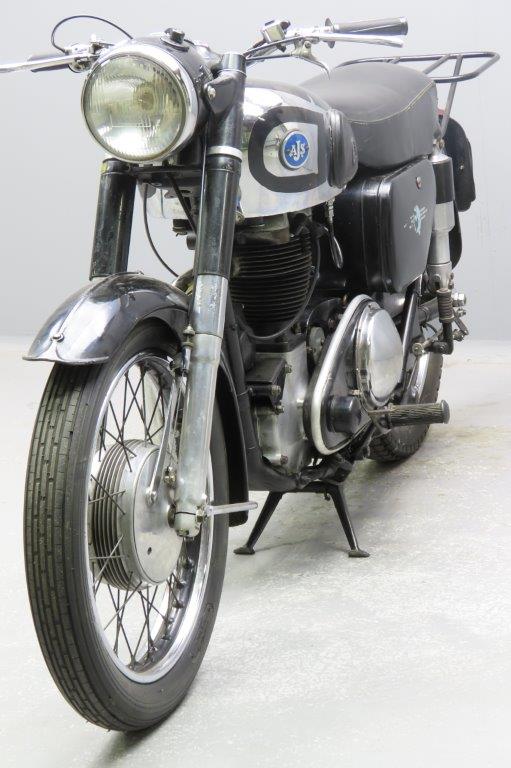 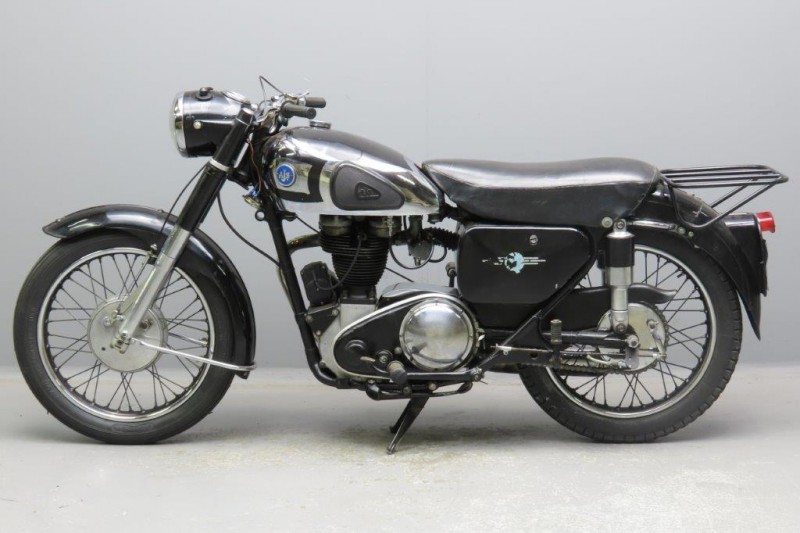 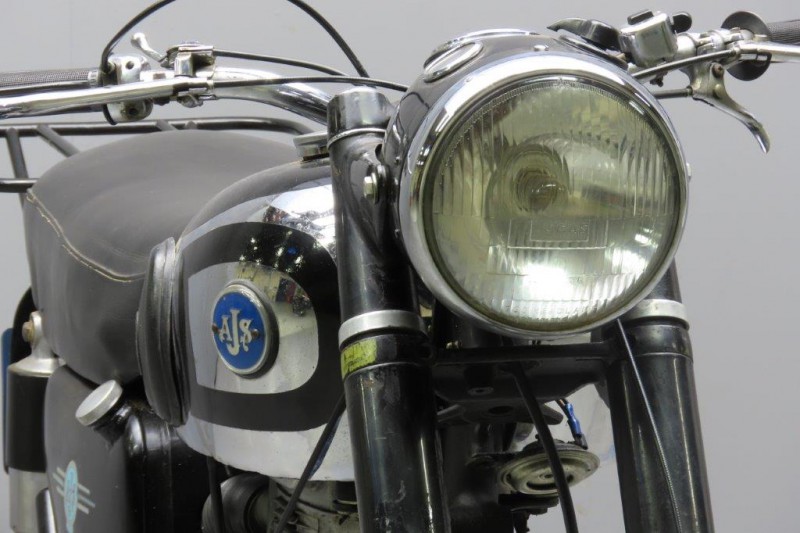 Associated Motor Cycles announced its post-war range of AJS and Matchless heavyweight singles in June 1945.
Coded Model 16M and G3L respectively, the two 350cc models shared the same 93mm stroke as their 500cc brethren, coupled to a 69mm bore, and could be distinguished by the different magneto position: forward of the cylinder in the AJS, behind it in the Matchless.
Housed in a rigid frame with Teledraulic front fork, the ruggedly built overhead-valve engine drove through a four-speed gearbox.
Hairpin valve springs were adopted for 1949 and a swinging-arm frame introduced, the latter initially for export only but available in the UK from 1950, machines so-equipped being suffixed ‘S’.
A quote from a contemporary road test in “ the Motor Cycle”: “Solidly and soundly made to an established design by a world-renowned British manufacturer, the AJS model 16 is all that the everyday rider seeks.
For the man who needs reliable transport to and from work each day, plus the means of taking himself and his wife for long, safe runs at week-ends, this “Ajay” is a good answer.
It is a machine without frills or fuss, as easy on the pocket as it is on the eye. (…) Under general, everyday conditions a welcome 86 mpg was returned.
When really cracking along M1 the mpg was 78.
This economy of fuel and zero consumption of oil contributed towards the cheapness of running.
The model 16 is known to be light on the pocket, both for running costs and for the equally important maintenance/repair factor.
It is a motorcycle with stamina, the current development of a tried and sound design which has given yeoman service – as its justly famed Matchless brother, the G3L, did during and after the last war.
“ This Ajay is in good used condition, some of the paintwork and plating is still original.