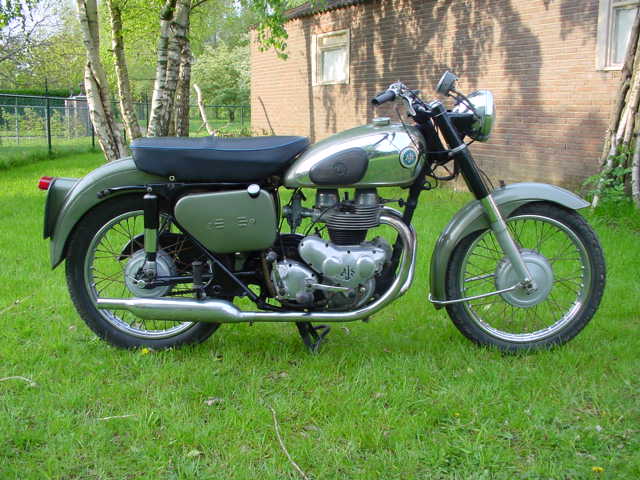 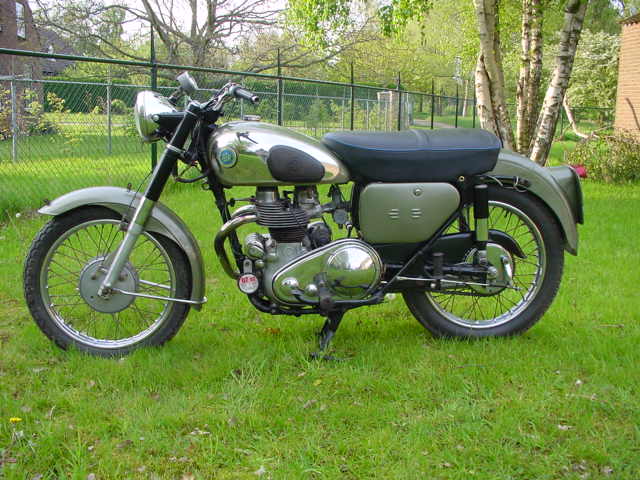 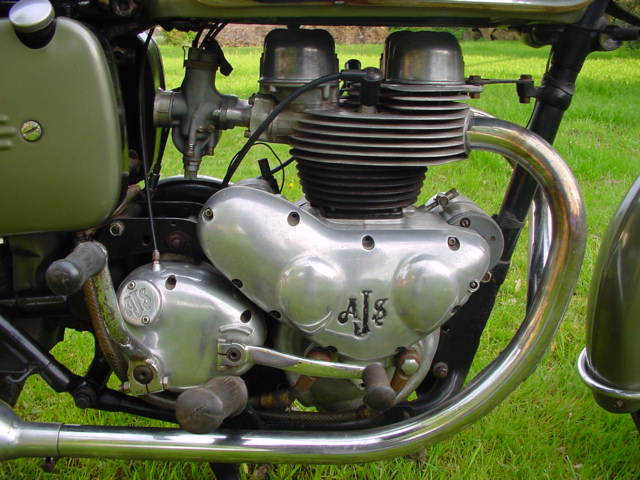 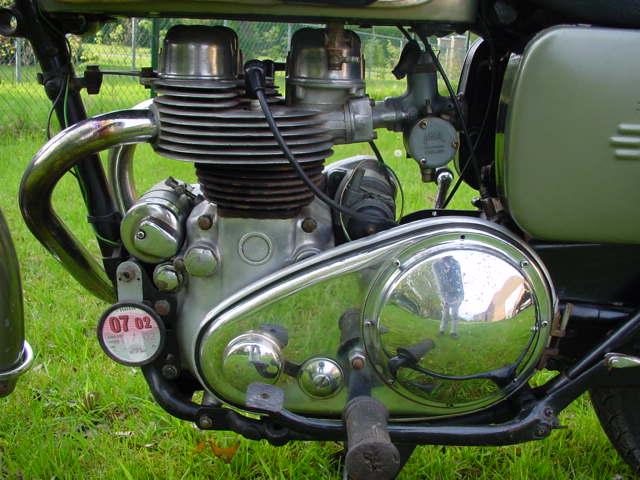 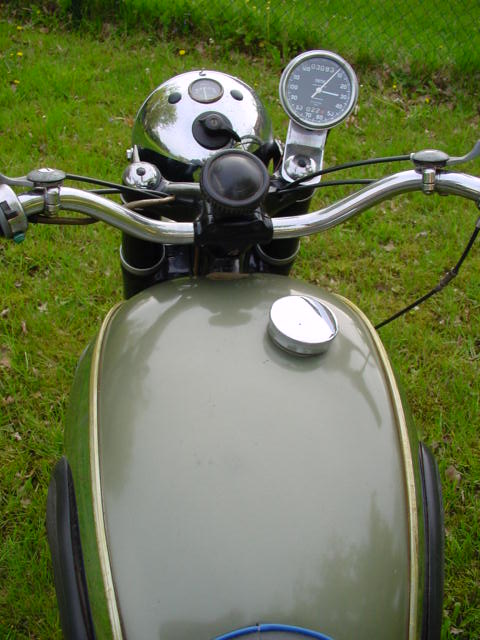 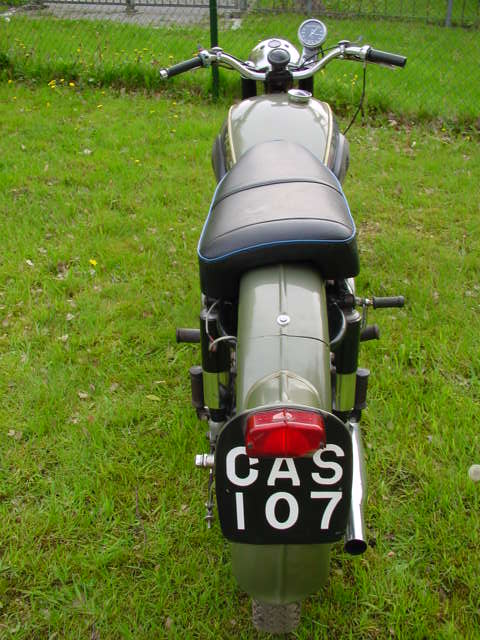 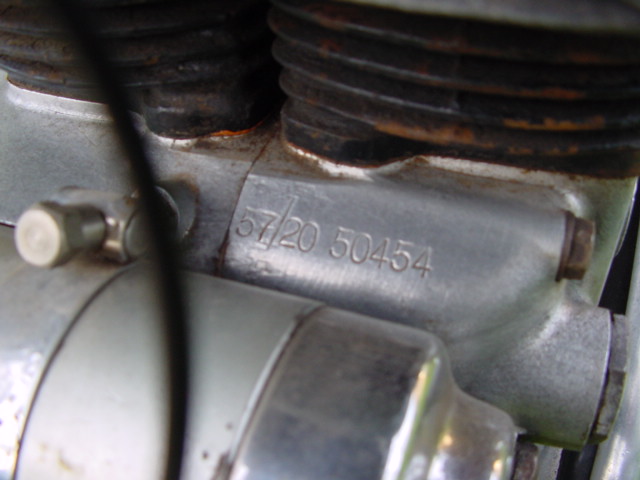 After the introduction of Triumph’s very successful Speed Twin  shortly before the war, it became clear that the parallel twin was going to be a winner. BSA put its 500 cc A7 model in production in 1946, and after that also Royal Enfield and Associated Motor Cycles came out with parallel twins.
The AJS and Matchless machines were fairly identical: bore and stroke were 66×72.8 mm and the machine had a power output of about 30 bhp  at almost 7000 rpm.
Carburetion is by Amal Monobloc and the bike has a dry weight of almost 400 lbs.
This AJS is an older restoration.