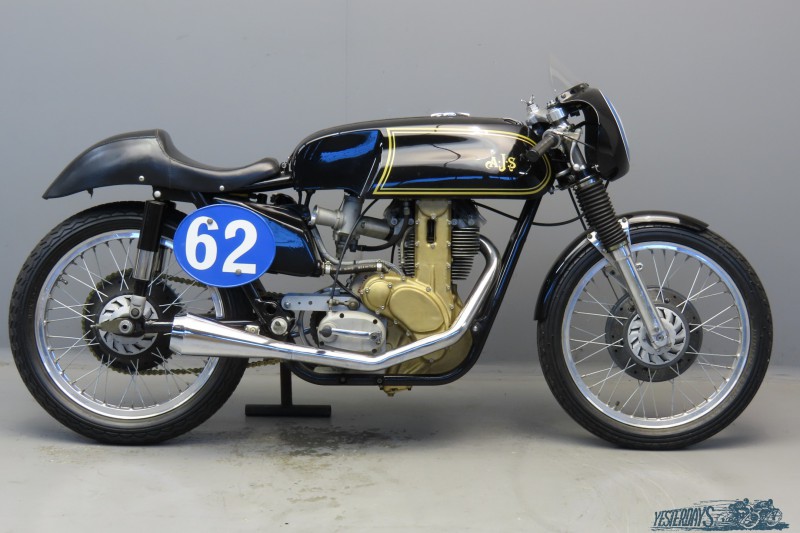 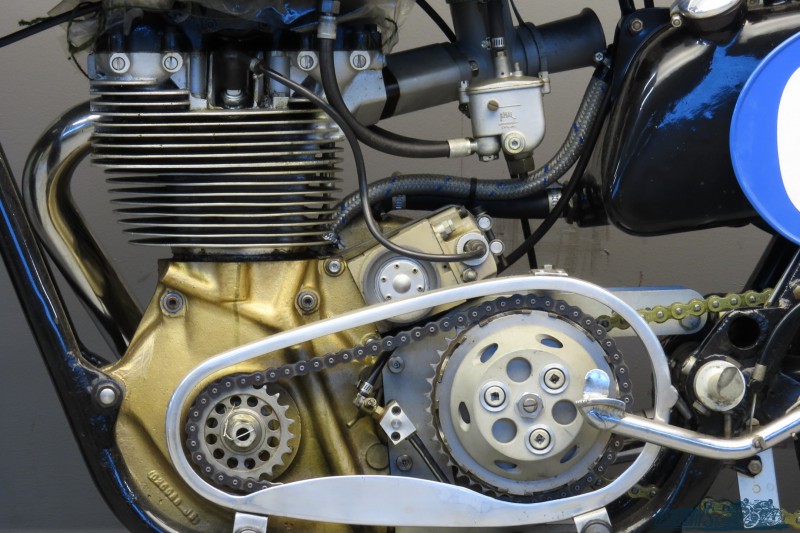 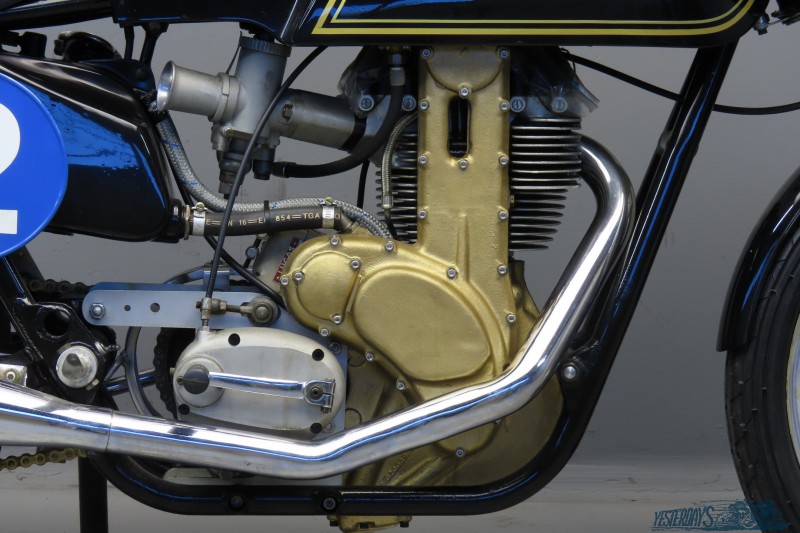 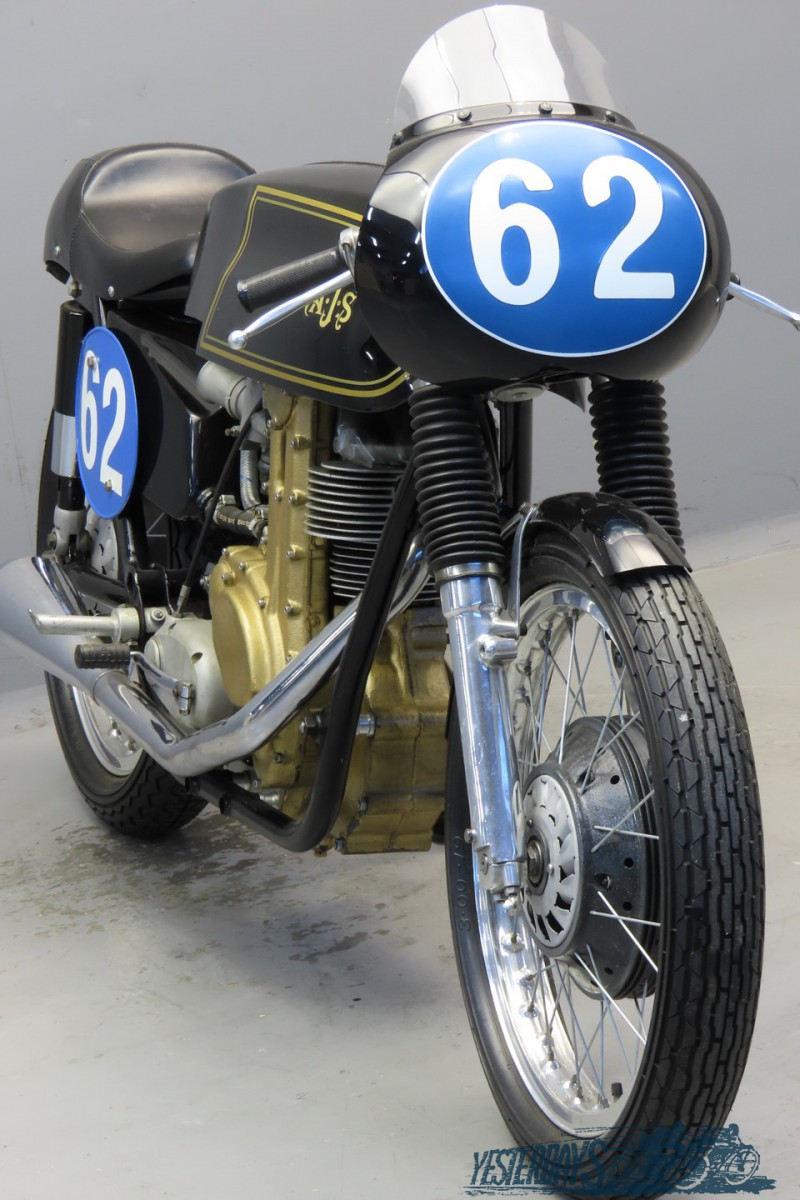 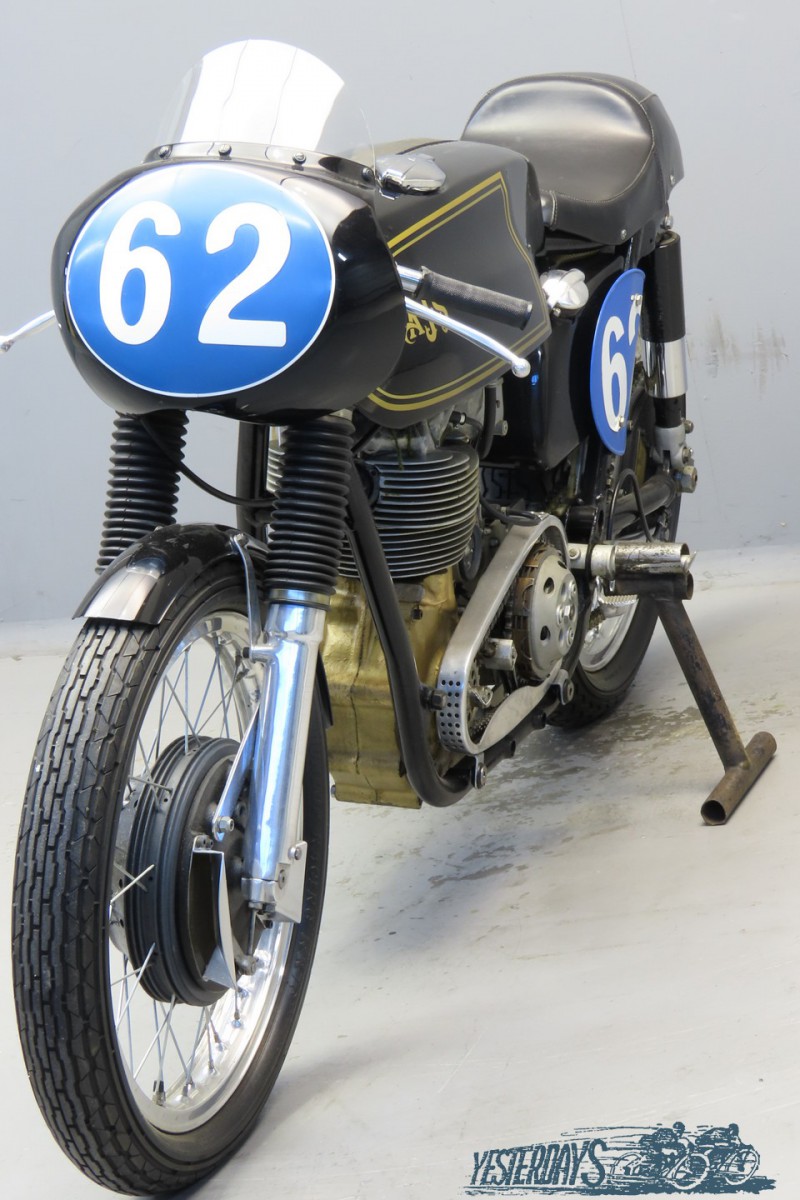 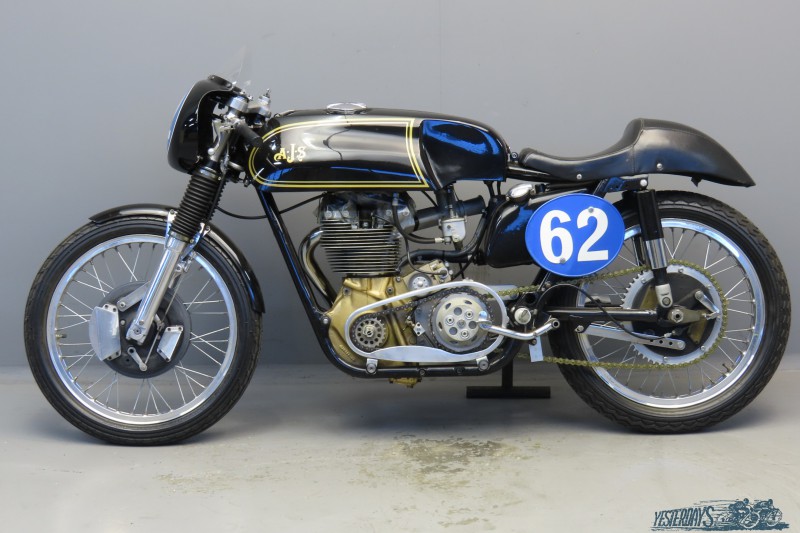 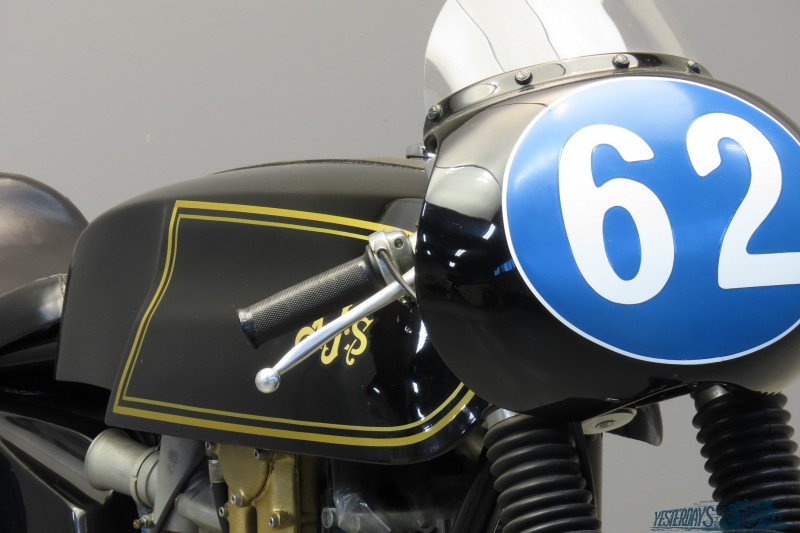 Built from 1948 to 1963, Associated Motor Cycles’ AJS 7R – known as the ‘Boy Racer’ – was one of the most successful over-the-counter racing motorcycles of all time. Almost all of Britain’s road-race stars of the 1950s and 1960s rode a 7R at some stage of their careers and the model remains a major force in classic racing today, being highly sought after by competitors and collectors alike. A new design by Phil Walker, the chain-driven overhead camshaft 7R had the history of the pre-war AJS ‘cammy’ singles behind it. Initially, the 7R was not quite as powerful as its competitors, producing 32 bhp (24 kW) at 7500 rpm. The duplex frame and Teledraulic front forks remained relatively unchanged during production, while the engine had a number of changes. The included valve angle was progressively narrowed, and the crankshaft strengthened. In 1956 the engine dimensions changed from the original long-stroke 74 x 81 mm to the ‘squarer’ 75.5 x 78 mm. The AMC gearbox replaced the older Burman unit in 1958. Despite the fact that the 7R was not, initially, as powerful as its main rivals – the Velocette KTT and Junior Manx Norton – its robust and simple construction endeared the model to the privateer responsible for his own maintenance. By the end of production in 1963 the 7R engine produced over 40 bhp (30 kW). This particular 7R was restored around 1976 by a former owner who lived in Pinegowrie, a suburb of Johannesburg in South Africa. At that time the frame was replaced by another original frame, a five-speed gearbox was fitted and the oil supply system was improved. Apart from this and the Seeley tank the machine’s specifications are authentic. After 1976 this Boy Racer has not been ridden, it was displayed as a work of art, an artistic creation of aesthetic value. The mechanical parts have been carefully preserved by oil and grease and carburettor intake and exhaust system have been sealed.
An interesting detail is that according to the Pinegowrie owner the machine was ridden in South Africa by Gary Hocking, a famous Grand Prix motorcycle racer who became World Champion in the 350 and 500 class in 1961 on MV Agusta.
Hocking was tragically killed in his Lotus car on 22 December 1962 during practice for the 1962 Natal Grand Prix at the Westmead circuit in South Africa.