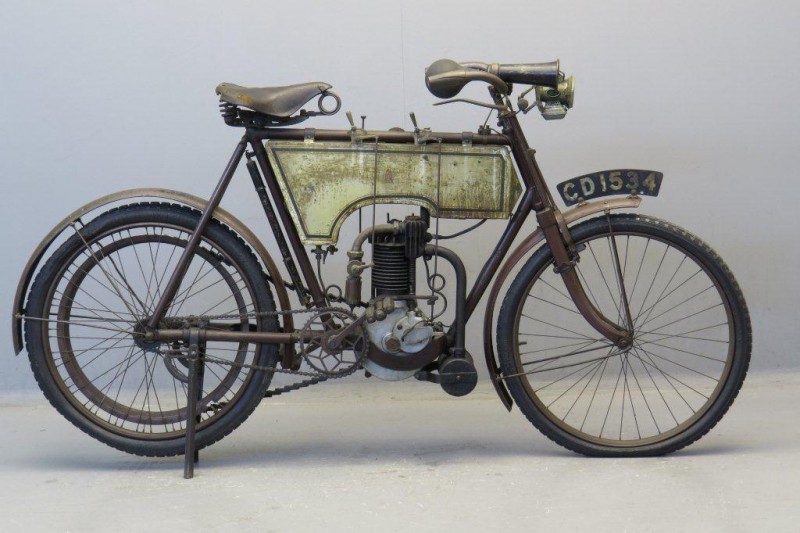 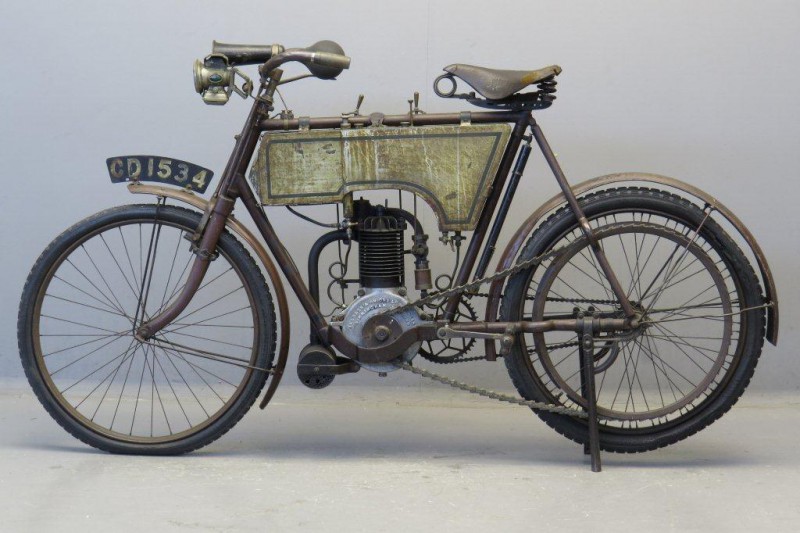 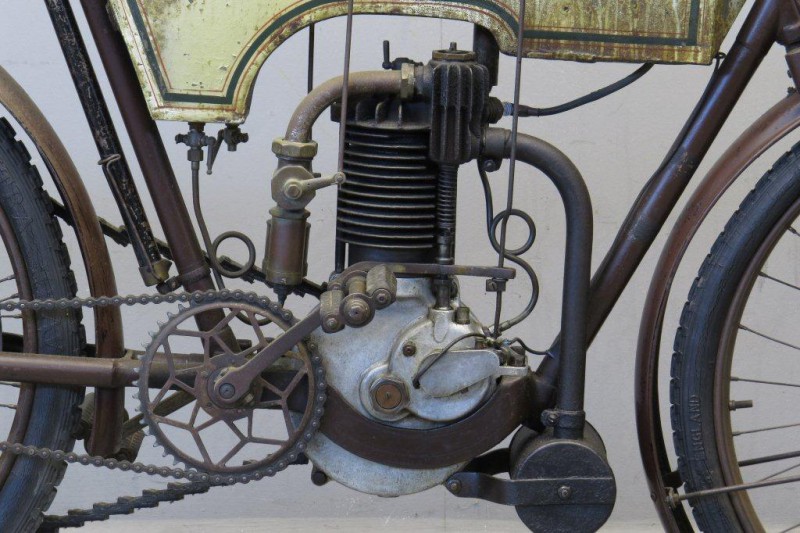 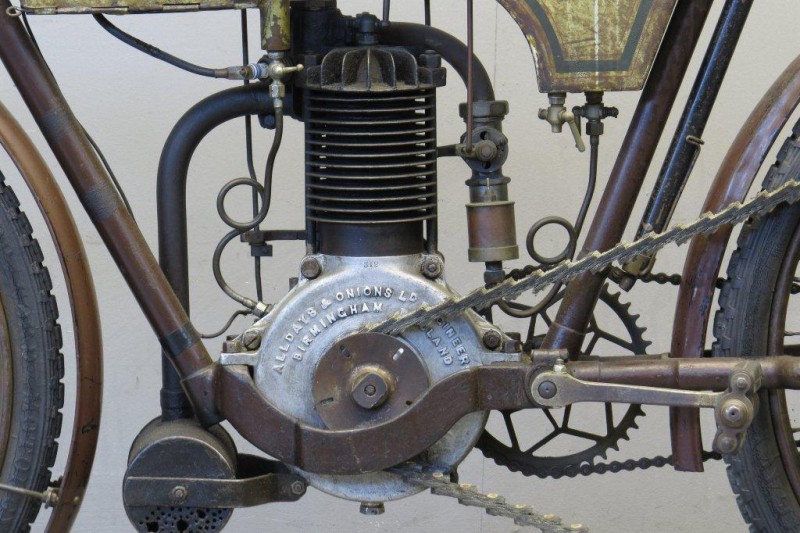 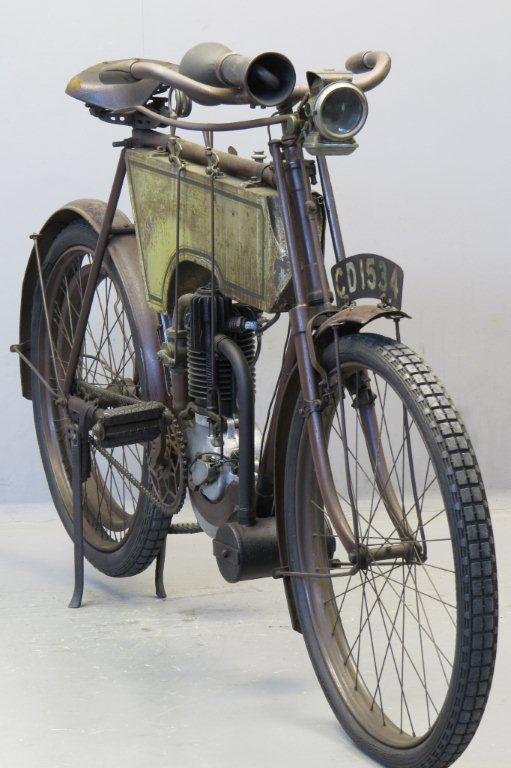 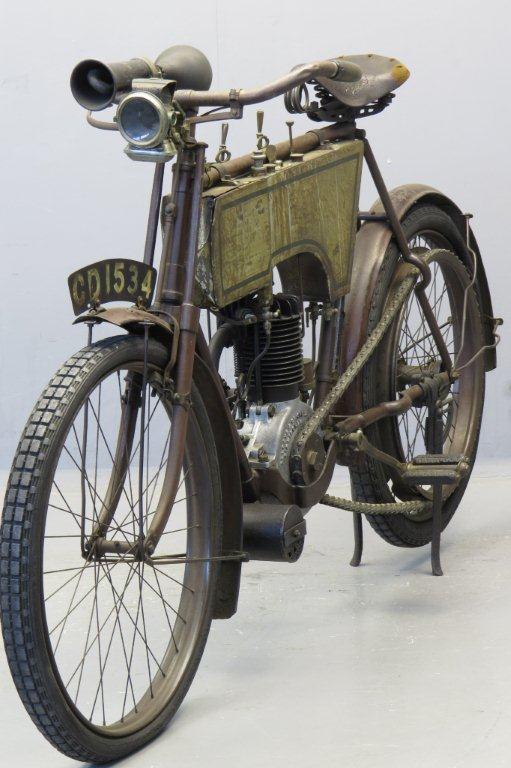 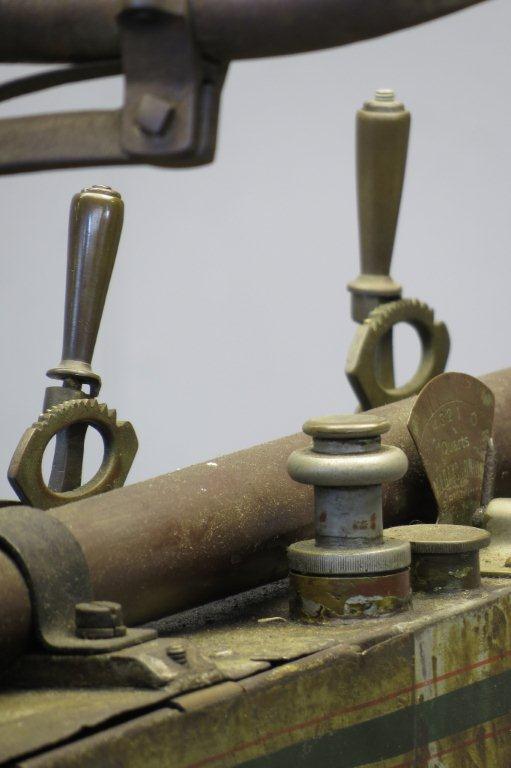 The Alldays and Onions Company of Great Western and Matchless Works, Sparkbrook, Birmingham, England, was formed when two engineering companies, both dating back to the eighteenth century, were merged into a concern making a huge range of trade goods, amongst which were bicycles from 1889.
They produced de Dion-engined motor tricycles from 1898 and motorcycles, with their own engines, from 1903. Their design, marketed as the Alldays-Matchless, was, in many ways, typical of the period, with a single-cylinder power-unit mounted in a cradle within a heavily-built bicycle frame.
Transmission was single-speed and by belt, a pulley being spoked to the rear wheel.
Braking was, by modern standards, minimal – but who had power discs back then? – with a bicycle-style front-rim brake and lighting non-existent, since none was compulsory.
The controls were the conventional tank-top ‘bishops’ for throttle and spark advance and retard for the accumulator ignition, and a separate hand-pump for engine lubrication.
Though this array seems primitive, it should be remembered that early motor cycles were ridden with less use of controls, being run at much more constant settings.
The pedaling-gear was for starting when on the stand, as an alternative to the ‘run and bump’, and for getting home when no petrol was to be found or in case of breakdown – apparently most unusual for this make.
Alldays CD 1534 is in that ‘dream-find’ condition appearing to be absolutely correct and complete with that patina which is so difficult to find. An extremely rare survivor in any condition, this beautiful early veteran, eligible for the best events, is complete with a later bulb horn, the correct Lucas ‘King of the Road’ oil-lamp and its registration plate for Brighton, Sussex, issued in 1904, the records for which might well be available for further research.