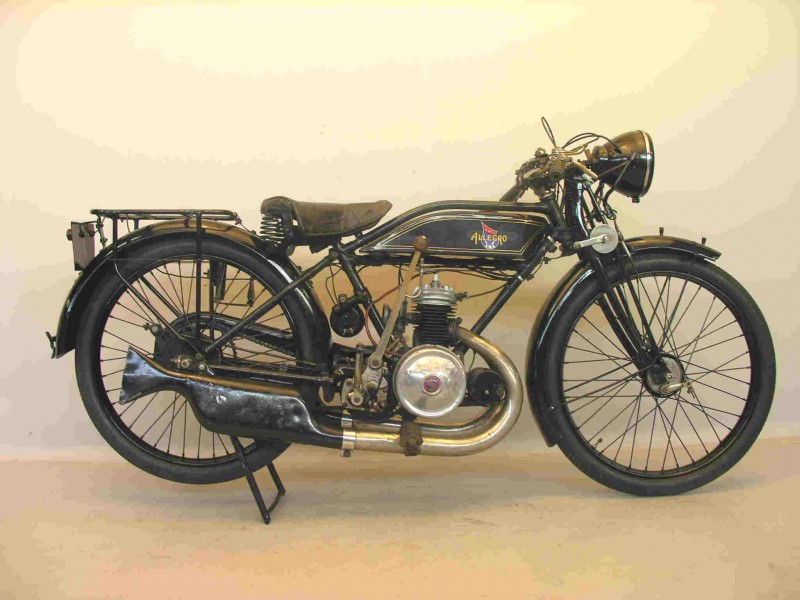 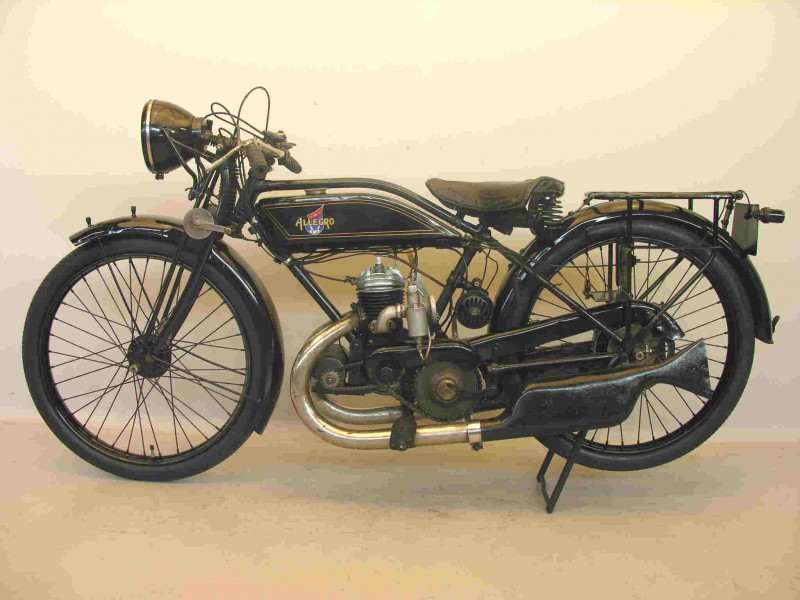 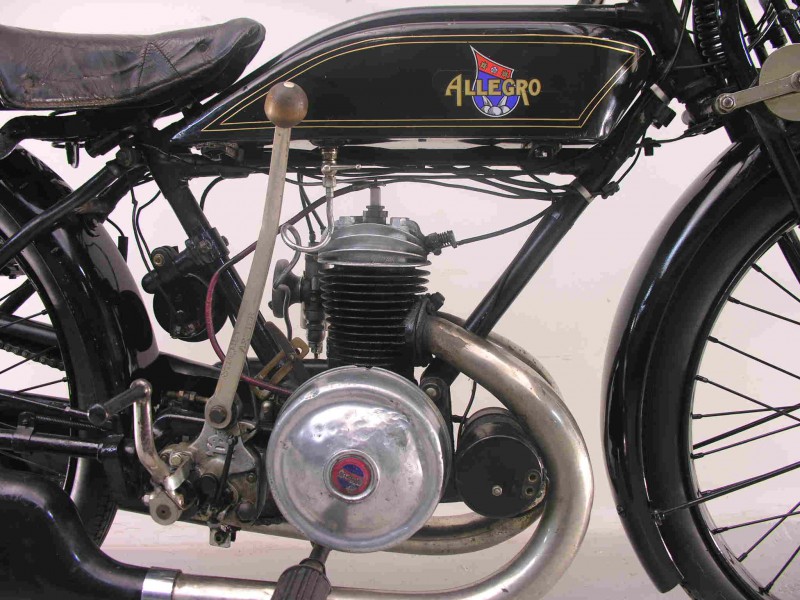 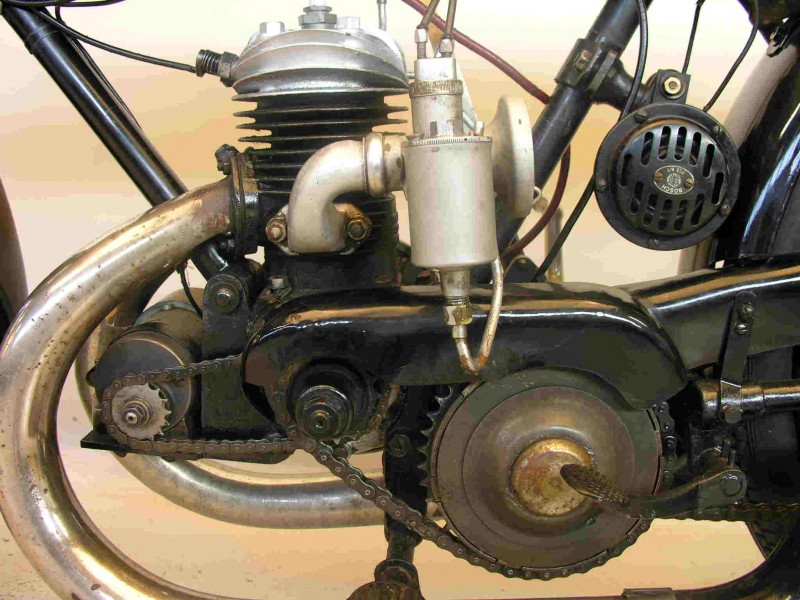 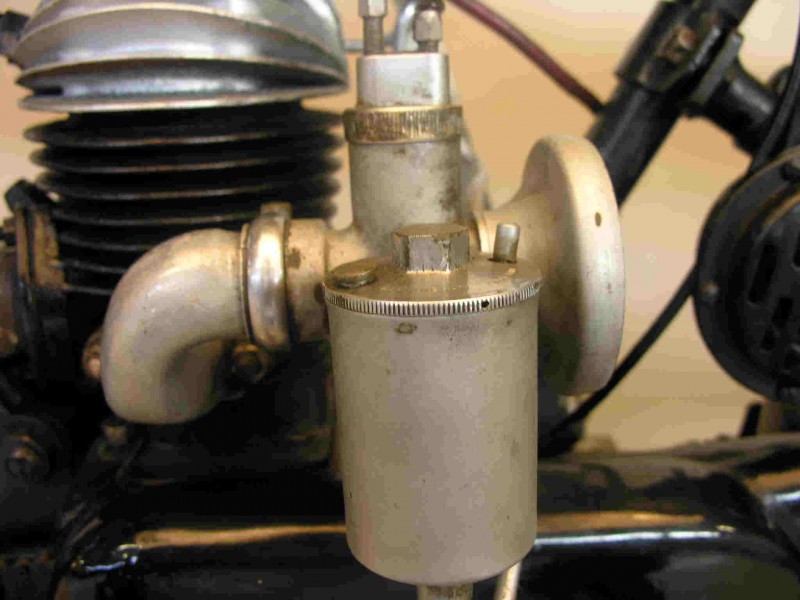 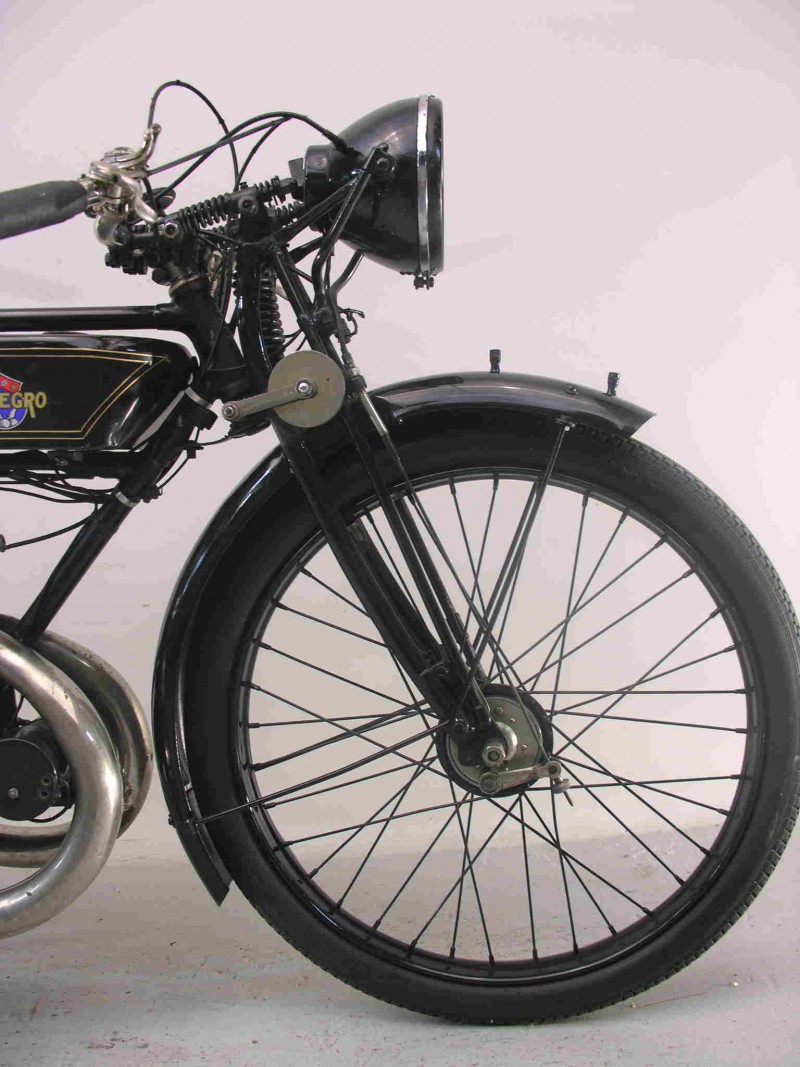 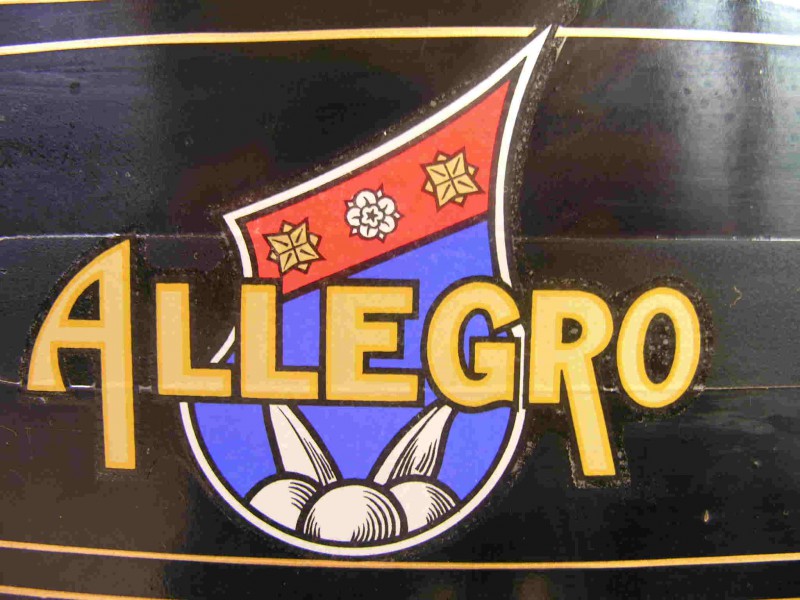 Arnold Grandjean, born in 1890 as   son of a clockmaker, was a very talented bicycle racer.
He became a professional racer in 1912 and soon started producing his own bicycles under the “Allegro”name in Neufchatel, Switzerland.
From 1923 on  the firm also produced motorcycles.
From the start this was very successful: many races were won with the light and agile twostrokes. Allegros were equipped with sporty  Villiers two stroke engines; the 1 ½ HP touring model had a 147 cc engine, top speed 70 km/h.
The 1 ¾ HP Supersport with 172 cc engine could reach 100 km/h .
This  touring version  has a Sturmey Archer gearbox,  Bosch lights, Brampton forks and a Terry saddle. This Allegro  is an older restoration in good condition.