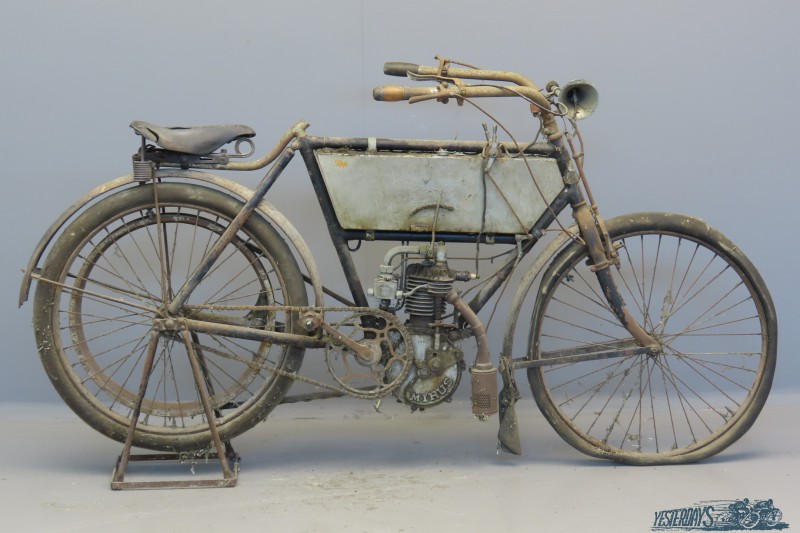 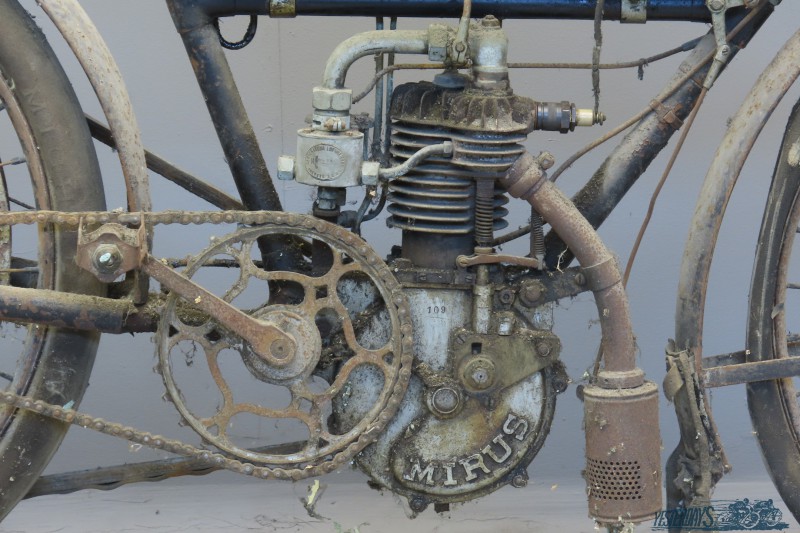 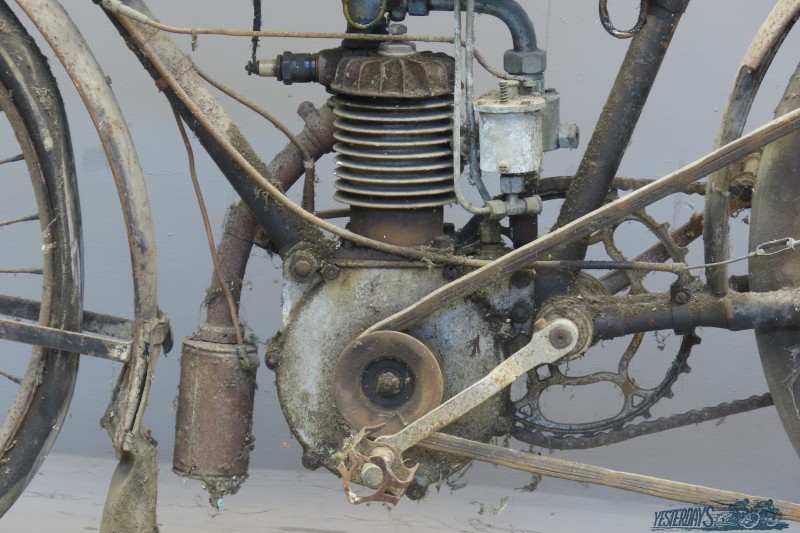 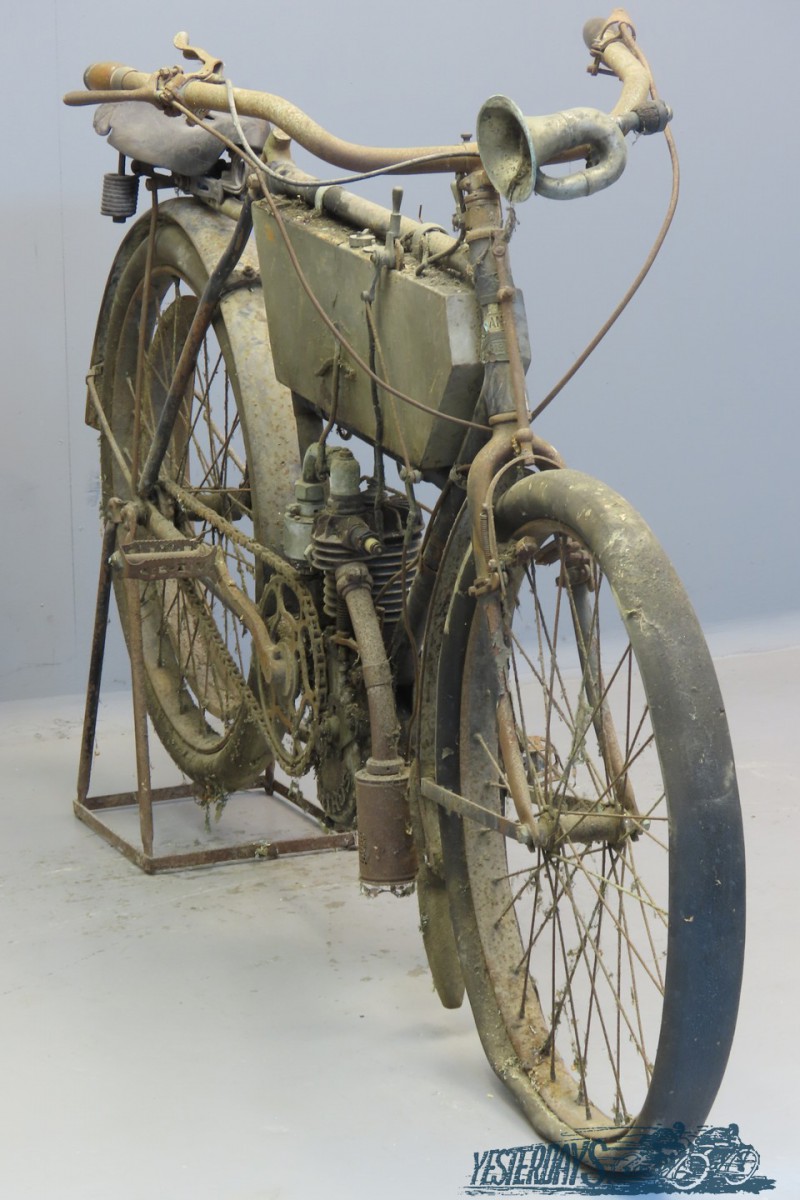 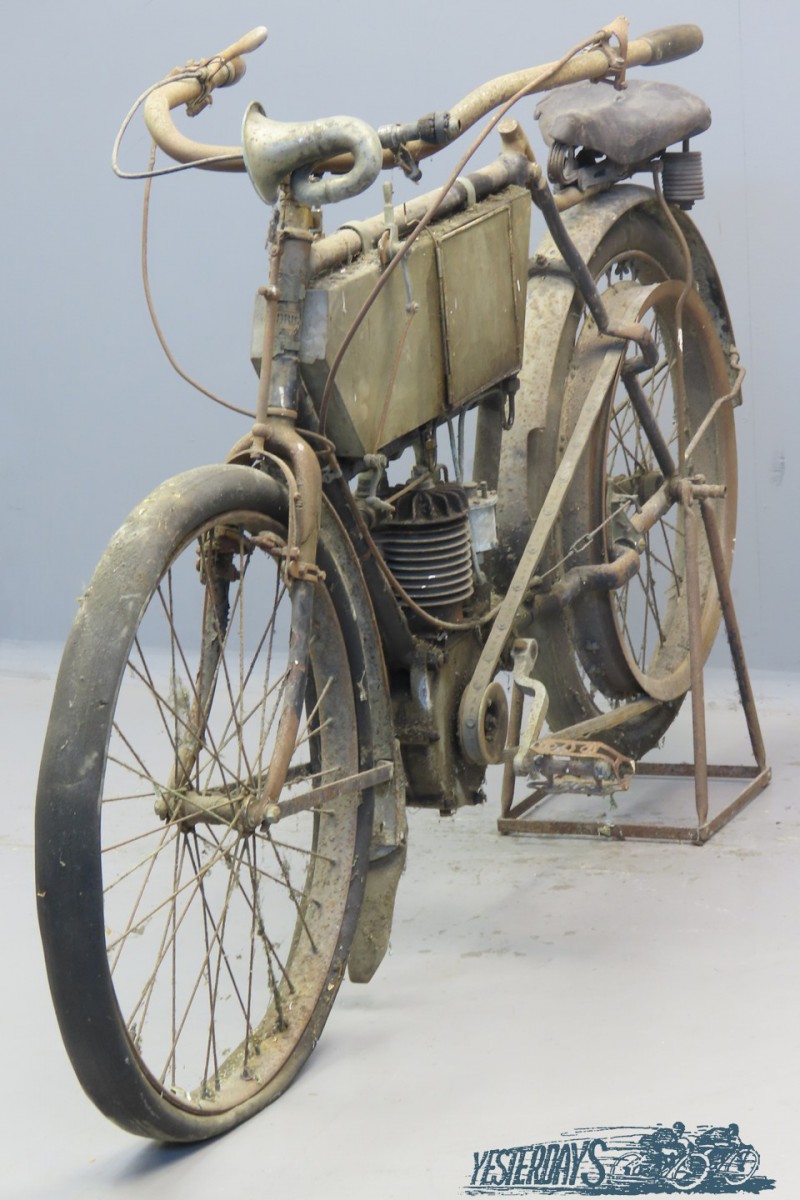 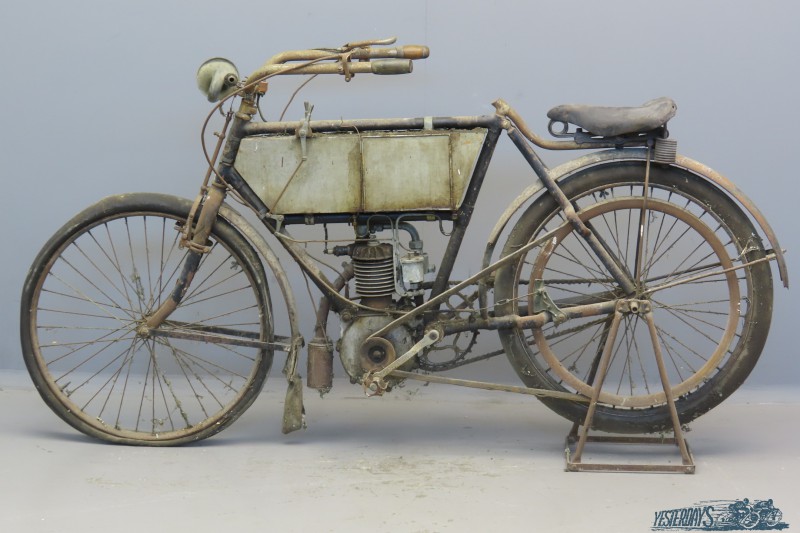 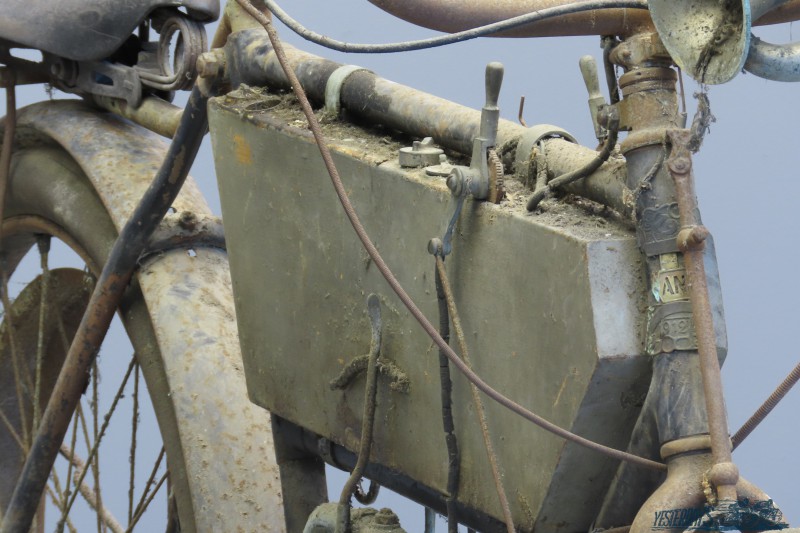 This motorcycle was discovered only a short while ago when a French barn was cleaned out that hadn’t been used for a long time.
The barn’s owner had deceased and the relatives that were inspecting the contents found to their amazement that it contained an age-old motorcycle, covered with cobwebs and dust.
The machine’s tyres were hard as stone and there was not much of the original enamel left, but it had been dry-stored and the rust was superficial, not a single part had rusted through.
The crankcase of the little atmospheric-inlet-valve engine showed the word “Mirus”, so it was thought that that was the make of the ancient motorcycle.
Yesterdays was able to acquire this gem and upon its arrival in our workshop we noticed that there was a headstock badge hidden behind two brass tax badges which read “Andru”.
The tax badges were from 1911 and 1912, so we presume the Andru was last used in the latter year.
Andru was a cycle and cycle parts factory with offices at the Rue de Saint-Quentin in Paris.
It was a sub make of Aiglon that was established nearby in the Rue d’Aqueduc.
Motorcycles were produced for some years around 1904.
According to a 1904 catalogue four types were available, all fitted with a Mirus engine, that was also manufactured by Aiglon.
The lightest model was the 239cc 2HP with aiv and bore x stroke dimensions of 66x70mm.
Our Andru is fitted with Longuemare carburettor No.22398 and both front and rear brakes are applied by levers from the handlebars.
The speed is controlled by a little lever next to the petrol tank that regulates the admission of the mixture in the cylinder.
The only missing parts seem to be the plunger of the oil pump that is placed inside the tank and the ignition control system on the crankcase.
It must be very hard to find a machine that has stood the test of time in the same way as this Andru.
Restoring it, even cleaning it, will detract from the 110-year or so patina that the Andru has developed so patiently.
But then, that’s for the new owner to decide of course.