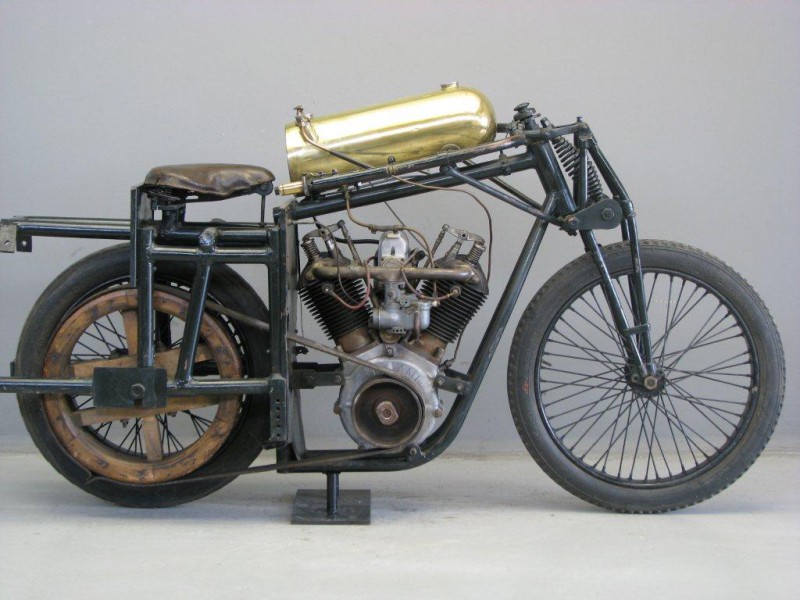 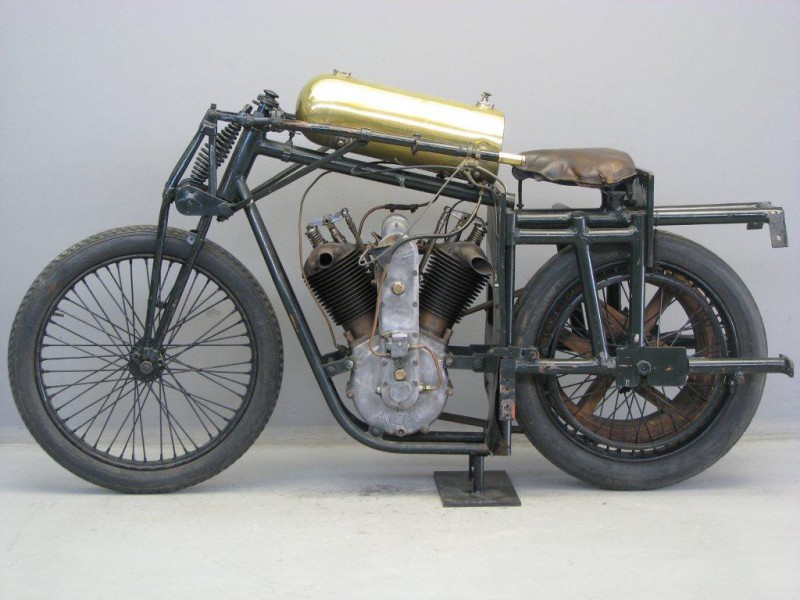 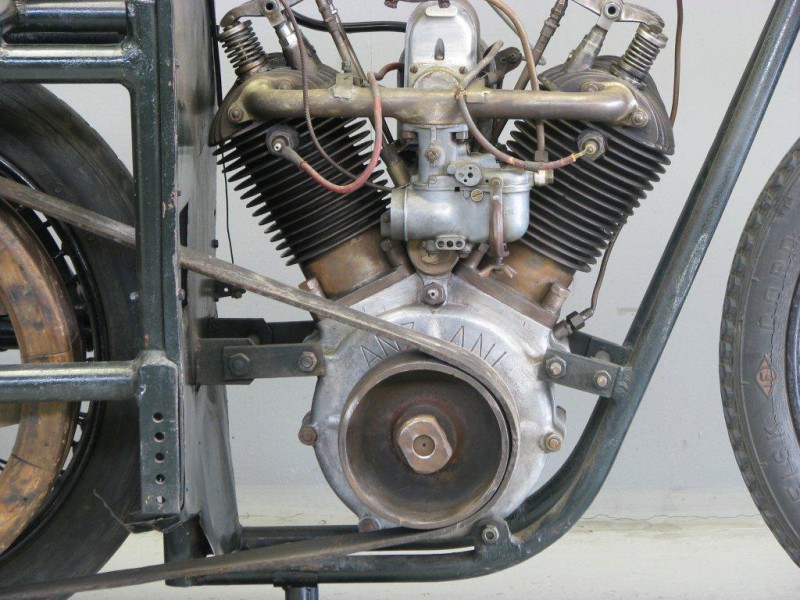 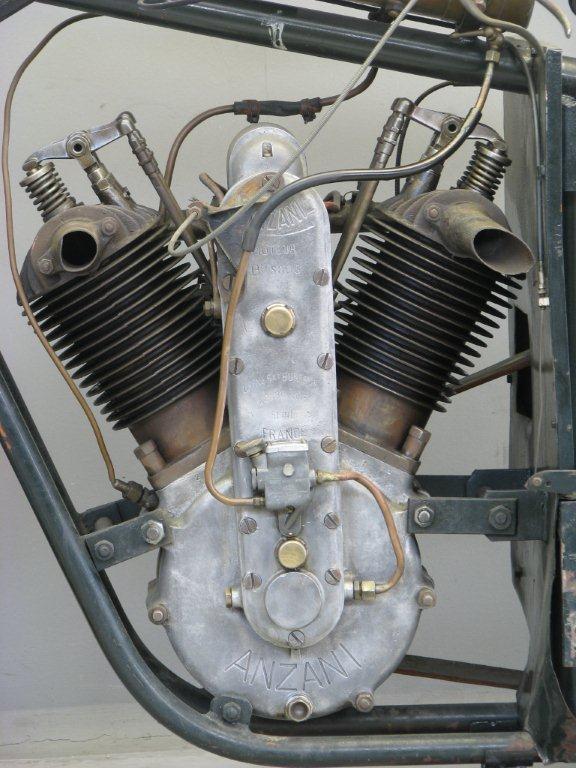 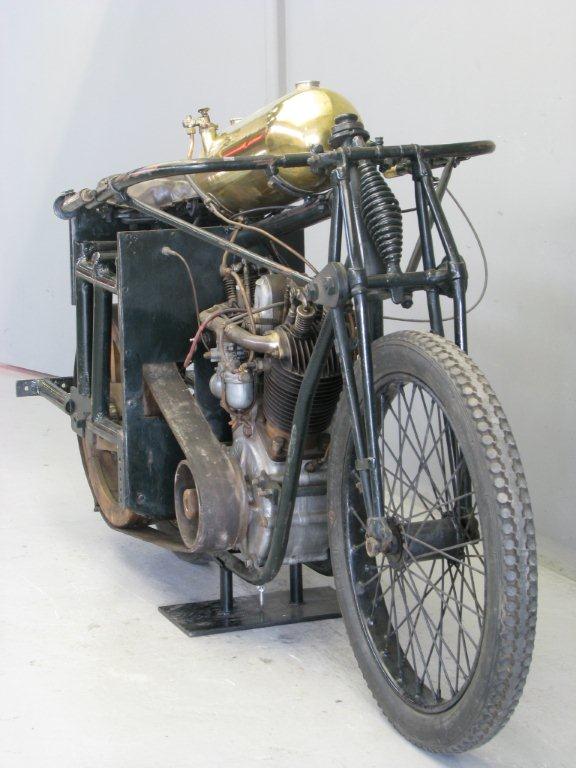 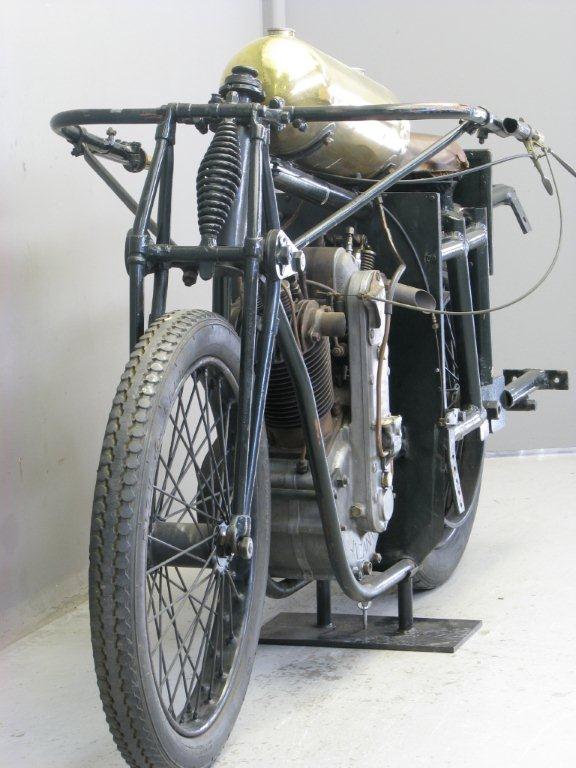 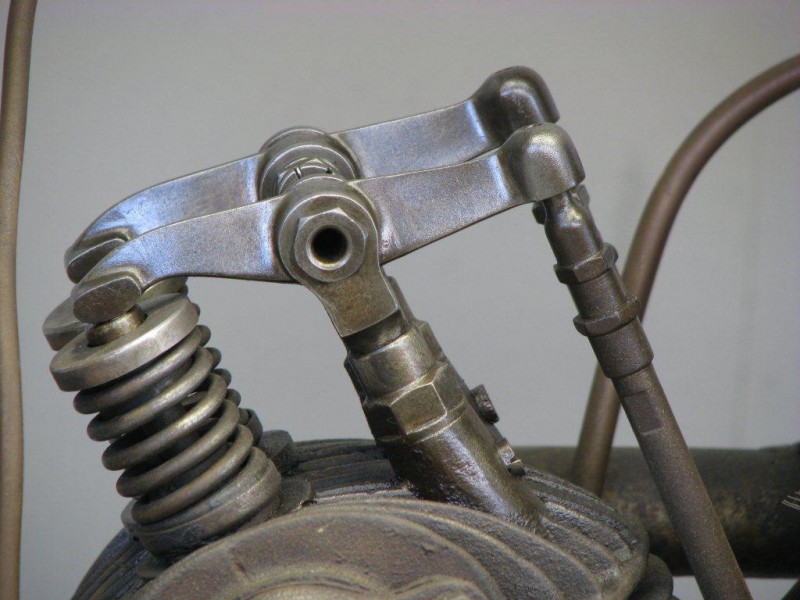 Motor pace racing was glamorous but dangerous.
Falls were common, largely because bicycle tires tended to burst at speed.
The riders wore neither helmets nor gloves. They depended on fast reflexes, the rude health of youth, and luck.
Despite having all three, Bobby Walthour collected an impressive (or dismaying) inventory of injuries over his career: 28 fractures of the right collarbone, 18 of the left, 32 broken ribs, and 60 stitches to his face and head.
Once, according to family history, he was given up for dead in Paris and taken to a morgue, where he regained consciousness on the slab..
Speeds rose and accidents became frequent.
The American, Harry Elkes, died of his injuries from a crash in front of 10 000 spectators at Boston, Massachusetts, USA.
His rear tire exploded at 100kmh and he was thrown under another rider’s pacing machine which "crushed the prostrate man in a dreadful manner.". George Lander, of Chicago, USA, said "Only the clumsy get themselves killed" before starting a race at the Parc des Princes in Paris.
Leander was thrown five metres into the air after 80km, fell to the track, bounced into the seating and died 36 hours later.
A crash in Berlin on 18 July 1909 killed nine when a motorcycle went into the stands and exploded.
The biggest machines were built by the pacers, using parts from other motorcycles, with engines as large as 2,000cc / 125 cu.inch.
The pacers wore leathers, goggles and helmets but many riders wore a flat cap.
The world governing body, the Union Cycliste Internationale set regulations for pacing motorcycles in 1920.
Until then standards had been set by the police, or by the track promoters.
World championships were held annually, except during wars, for 100 years, often separately for amateurs and professionals.
The motorcycle for motor-pacing has a roller on a frame at the rear to create a uniform distance to the cyclist.
Some riders objected when the UCI insisted on them in 1920.
The pacer stands or sits upright to offer a maximum windbreak, and the handlebars are extended to facilitate the stance, in a standarized leather suit that allows for the same slipstream effect for any rider. Speeds of 100 km/h (62 mph) can be reached; the average is between 60–70 km/h.
The bicycles are steel, sturdy and have a smaller front wheel to let the stayer bend forward into the slipstream.
From the end of the 19th century, this type of motorcycle was also used in the cycling world in record-breaking attempts for speed.
It was based on the following principle: The special designed motorcycle equipped with a large rear extension kept a bicyclist out of the wind and “slipstreamed” the bicycle up to full speed, so that the cyclist could reach maximum speed using leg power alone.
In those days, this type of record was extremely popular.
The record of 100 km/h, 62 mph, by bicycle was beaten on 15 September 1909 by a bicycle following a motorcycle equipped with a 3-cylinder Anzani engine.
On 1 November 1925, Jean Brunier, a French cyclist, set the bar even higher with his record speed of 120.958 km/h, 75.598 mph, at the Linas-Montlhéry motor-racing track, using a motorcycle driven by Léon Vauthier.
Léon Vauthier, as well as driving motorcycles for these kinds of record-breaking attempts, also built his own training motorcycles.
The motorcycle shown here is most likely one of the machines designed by Léon Vauthier himself, the frame of which was specially made in the early 1920s to take part in this type of sport.
The whole frame was specially designed to create a large slipstream for a racing bicycle and its rider.
It is equipped with a powerful Anzani V twin-cylinder engine.
It has a 2 litre / 125 cubic inch Over Head Valve engine with open exhaust.
Its magneto is positioned in the centre of the V; the engine is fitted with a "drip feed" oil pump and has extra lubrication at the front of the cranckcase, which is controlled by a hand oilpump in the oiltank .
This rare Léon Vauthier creation also comes with a stunning copper cylindrical fuel/oil tank.
For many years it was part of the collection at the Musée de l’Automobiliste in Mougins France, before it joined a large privat French collection. It was exhibited alongside objects which reflected the history of pioneers in aviation, symbolising the glorious history of the magnificent Anzani engines in this field.
http://www.youtube.com/watch?v=-loj-PZqSpQ