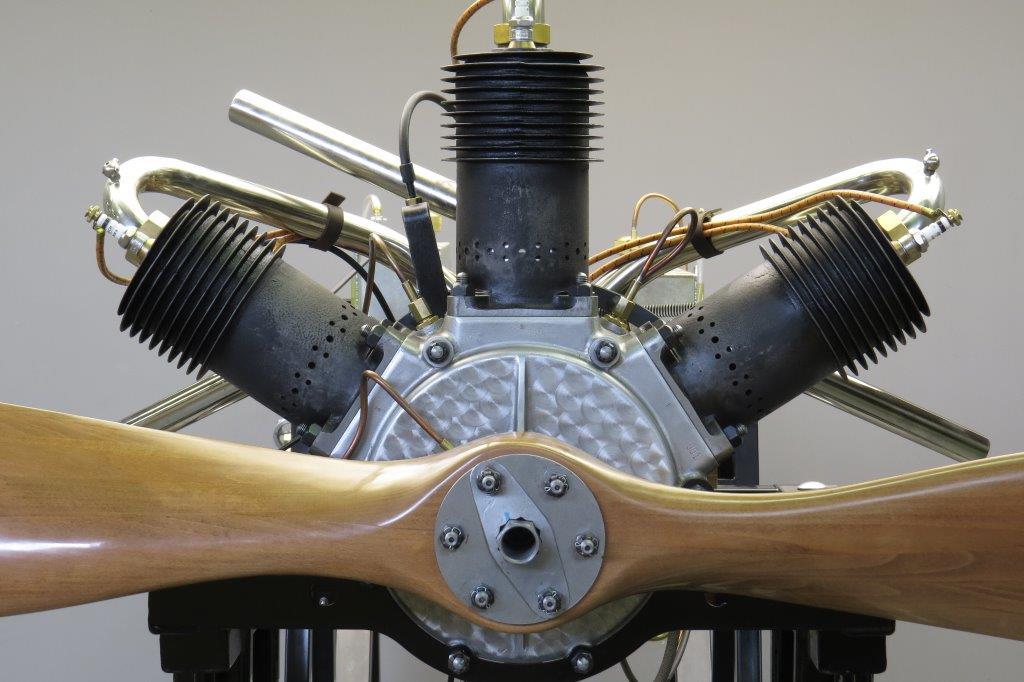 In 1909 Louis Bleriot designed his 11th aeroplane.
It called the Bleriot XI.
At 25th of July he crossed the Channel between France and England with his aeroplane, fitted with an Anzani 3 cylinder engine.
This achievement opened in fact the way to the transcontinental flights so common today.
The Anzani engine was the most popular Aero engine in the 1910’s.
It was constructed by Alessandro Anzani.
First it was used in motorcycles and subsequently aviators started to use and build them into their aeroplanes.
Mr.Anzani dsigned three types of the W engine which were the 570, the 600 and the 720.
The difference was the angle between the cylinders.
This Anzani engine has an angle of 57 degrees and measures 3300cc.
The Bleriot XI monoplane used  an Anzani engine as well.
The weight was quite small and the engine was easy to maintain.
This engine opened a new way into flying in the 1910’s