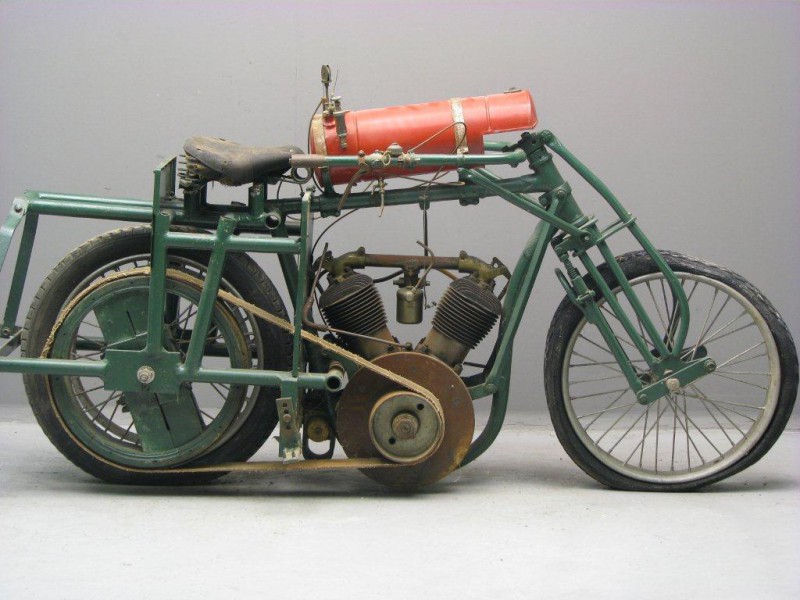 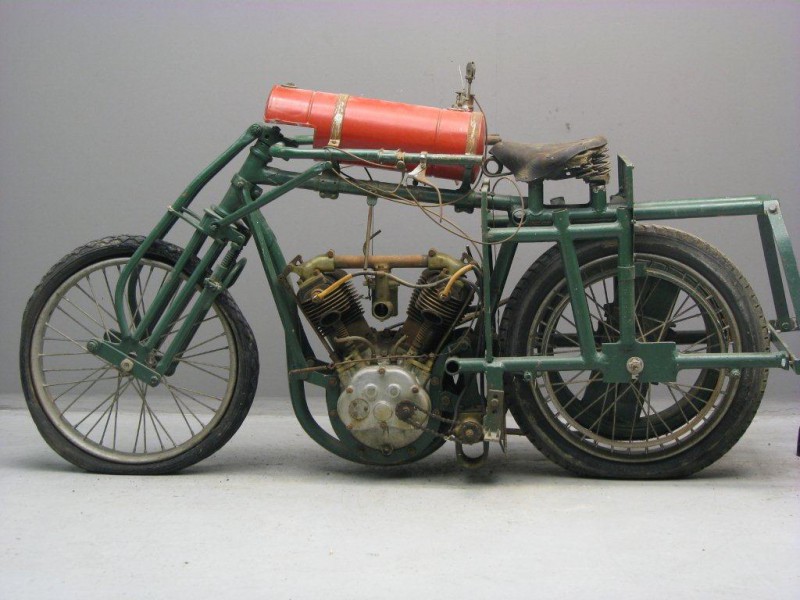 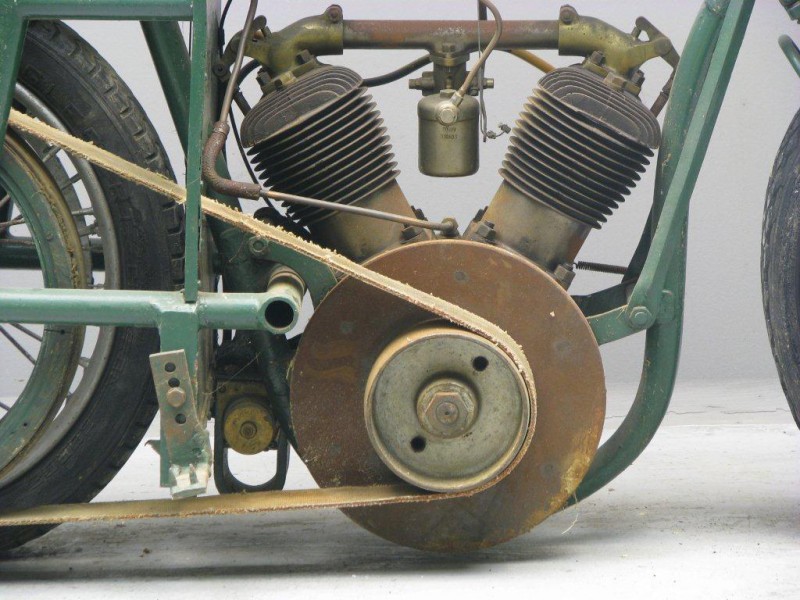 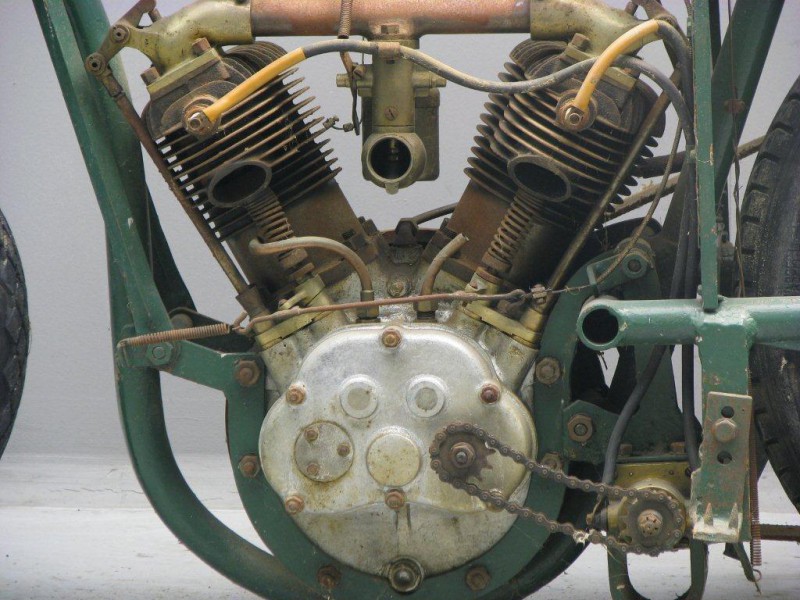 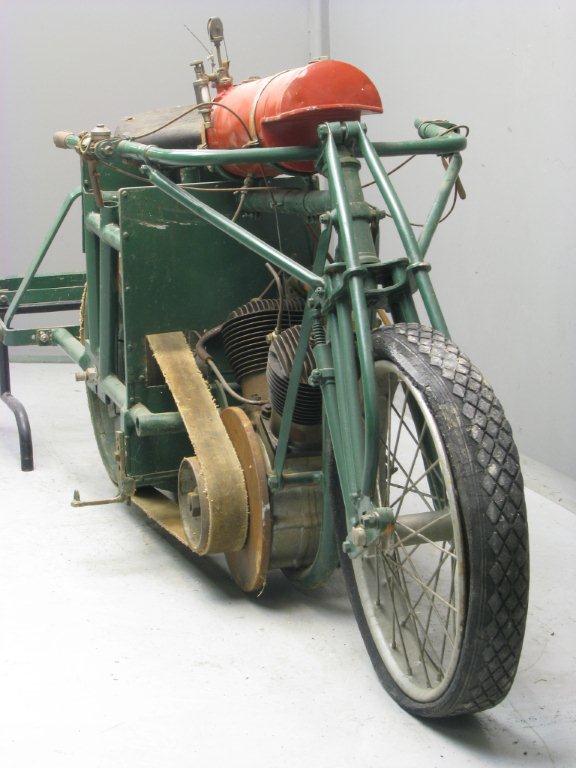 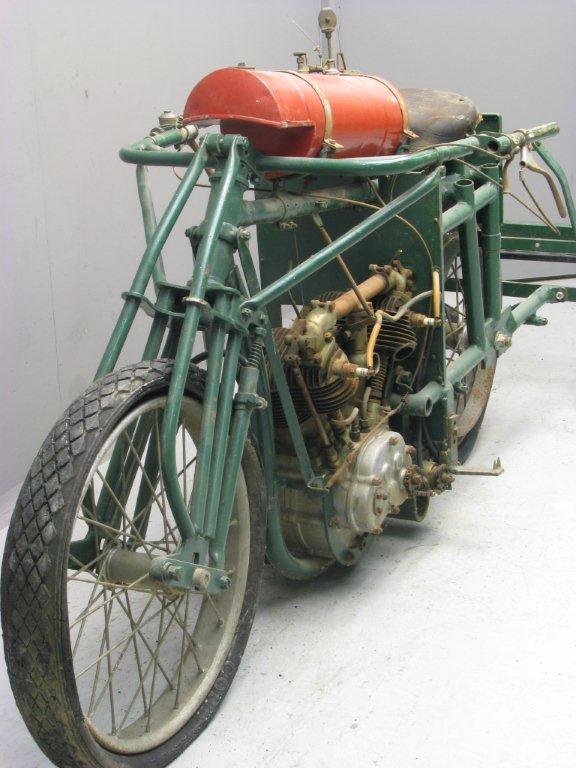 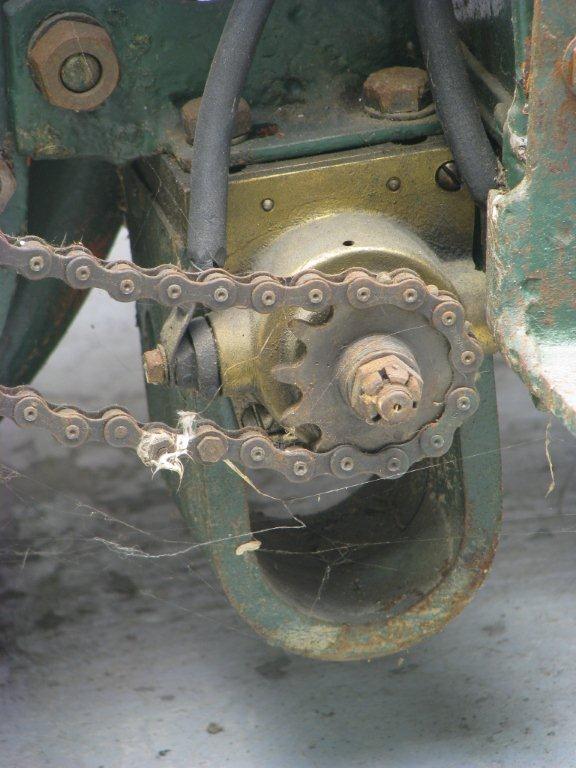 Allessandro Anzani ( 1877- 1956) was born in Italy but moved to France in 1900.
He  started constructing engines for motorcycles and was successful in racing.
He became interested in the development of  light and reliable engines for airplanes and in 1909 , when Blériot crossed the Channel,  his airplane  was powered by one of Anzani’s engines.
Anzani became very big in motorcycle, car and aero engines and had factories in France, Italy and Britain.
One of these powerful Anzani engines we find in this   gigantic  vintage machine.
It has  been used  for many years on  the cycle track of the  Olympic Stadium in Amsterdam.
The reason for the  long  term use  of 1920s machines was that  it was very difficult to find modern machines that could match their enormous flexibility: without clutch or gears  such a machine could accelerate very steadily without jerking from almost walking speed to about  a hundred kilometres per hour.
This giant comes in authentic and unrestored condition.