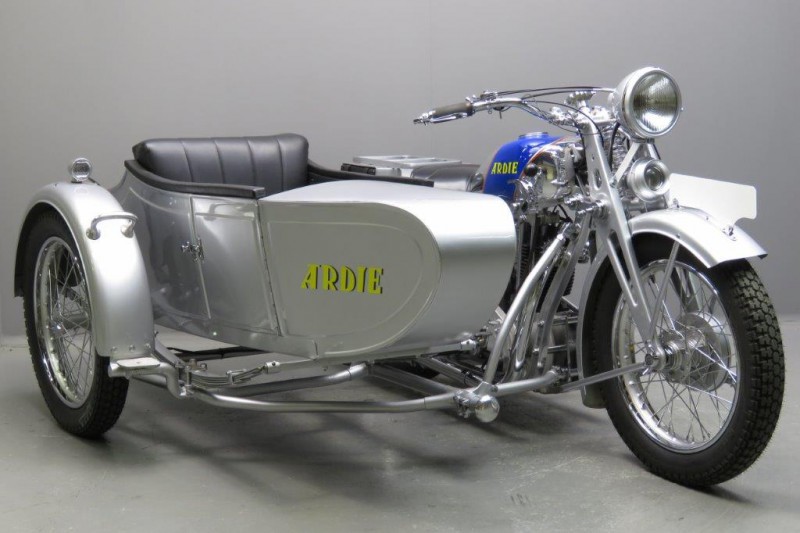 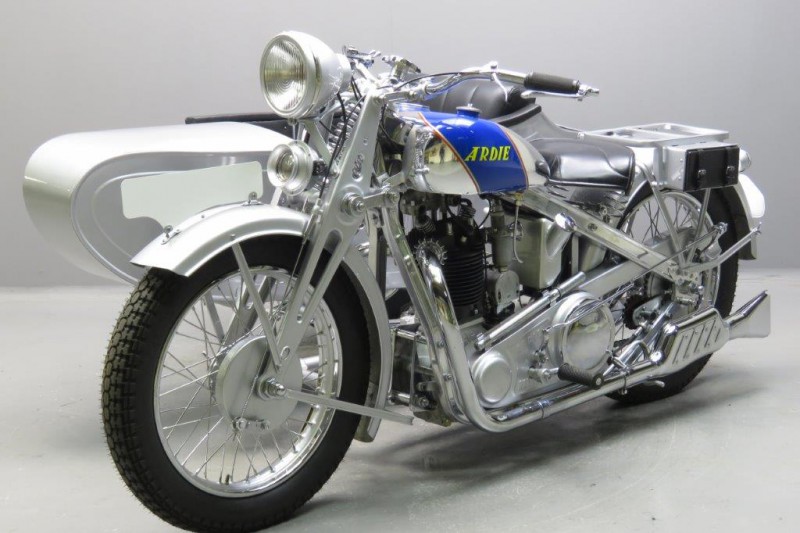 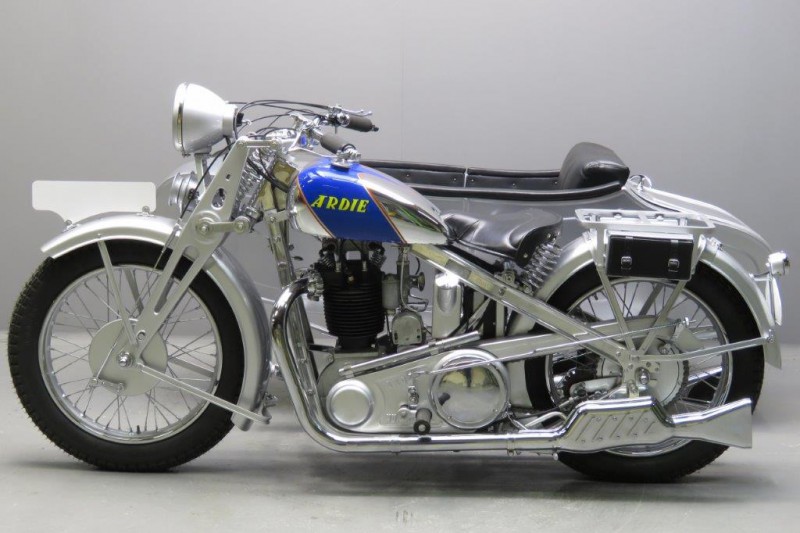 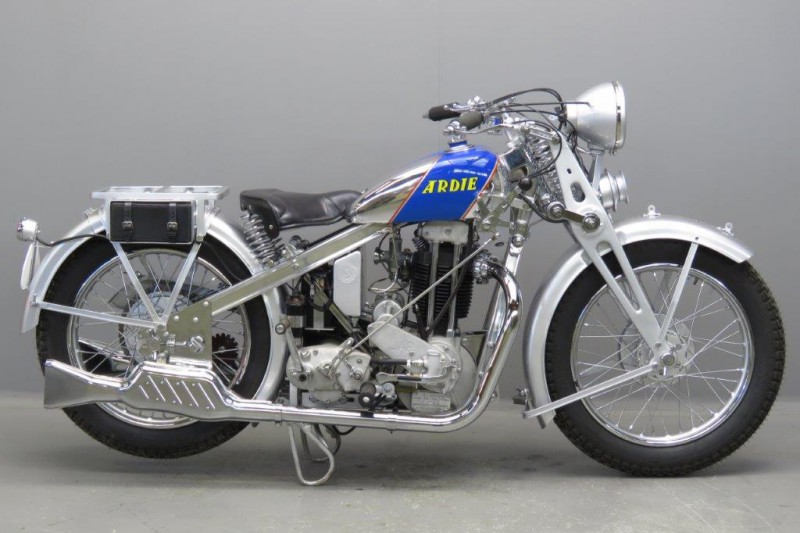 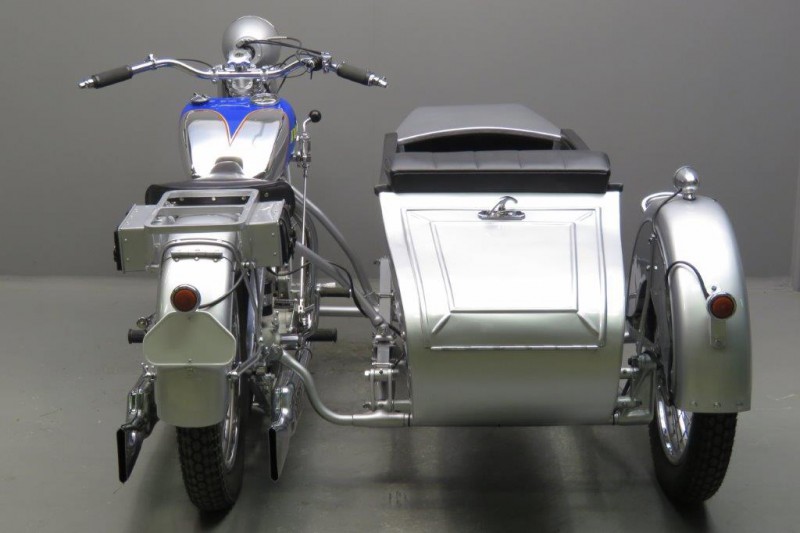 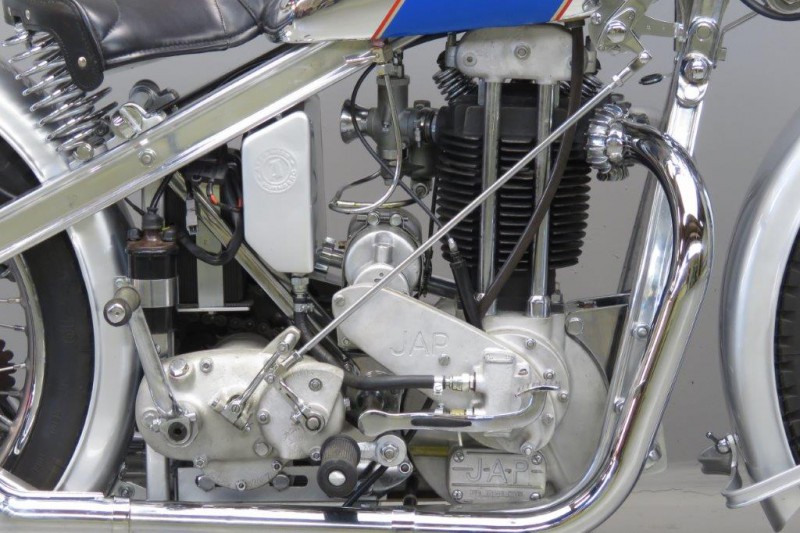 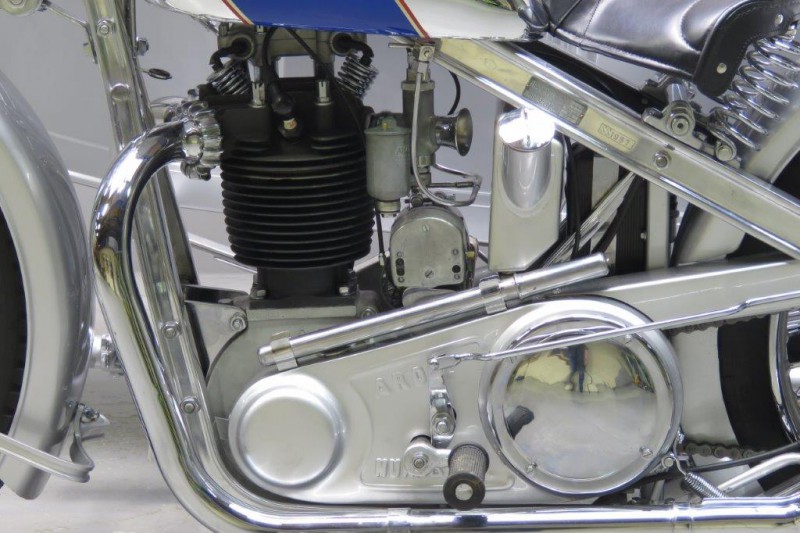 Ardie motorcycles were produced in Nurnberg in Germany between 1919 and 1958.
The first models were 288,  305 and 348 cc two stroke singles.
In September 1922 founder Arno Dietrich  had a fatal motorcycle accident when testing one of his machines.
The company was then taken over by a Mr. Bendit.
From the middle of the twenties till the early thirties JAP engines of several types and capacities were employed. Ardies were successful in races, in 1926  they won  the TT race  in Austria and  in 1927  in Hungary.
During the early 1930s the firm was notable for a range of refined, well-equipped models featuring  Duralumin frames, though the latter were soon supplanted by cheaper tubular steel types.
Forsaking the JAP, Ardie used a variety of engine suppliers from the mid-1930s onwards but after WW2 returned to making its own two-stroke units, which were used to power a range of commuter models.
The 1931 range consisted of four models, all powered by JAP engines.
The lightest models  were 200 and 300 cc  side valve “Silberfuchs” (Silver Fox) machines with Duralumin frames.
The third model was a  490 cc side valve  with conventional frame that was labelled Jubilee Model and the top of the range was represented by the  490 cc OHV “Silberpfeil” or Silver Arrow.
This was also built around a Duralumin frame and was powered by a sports JAP engine that delivered 18 HP @ 3900 rpm.
The machine had a Burman 4-speed gearbox and could reach a solo  top speed of 125 km/h  and  100 km/h  with a sidecar.
Electrics are Bosch, speedometer is O.K.
Representing the zenith of Ardie production, this wonderful  Silberpfeil is a magnificent sight and the machine is presented in fully restored condition.