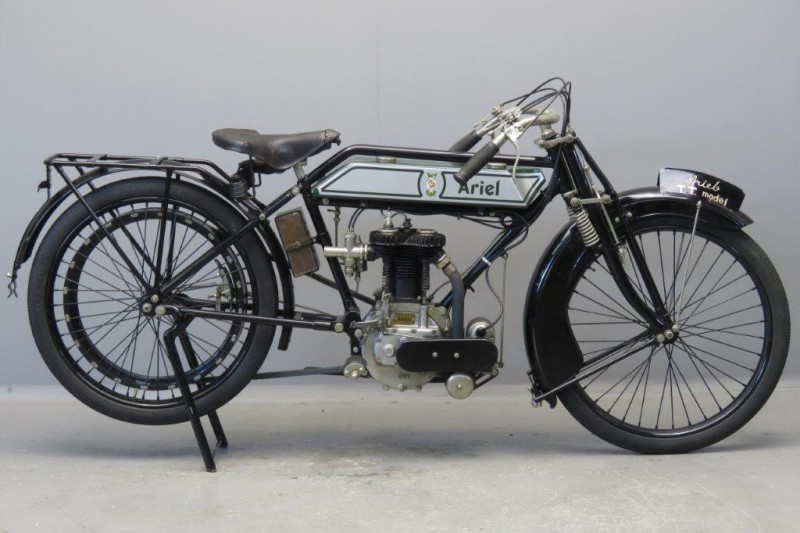 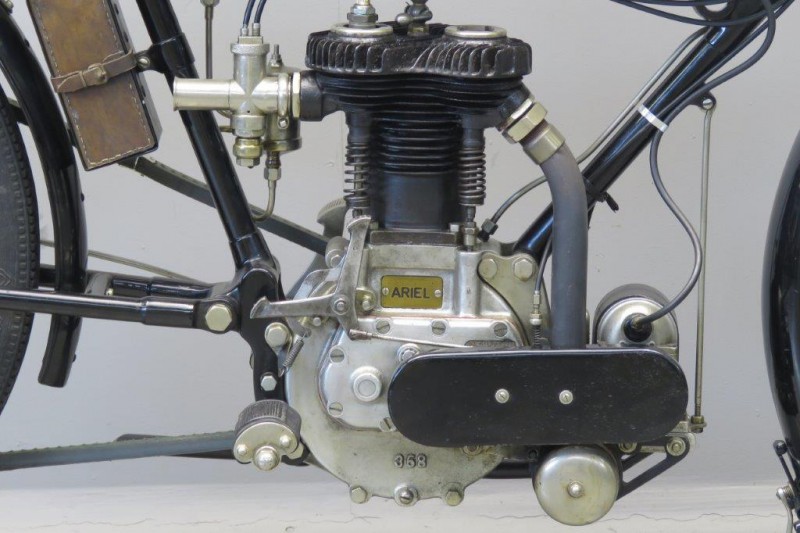 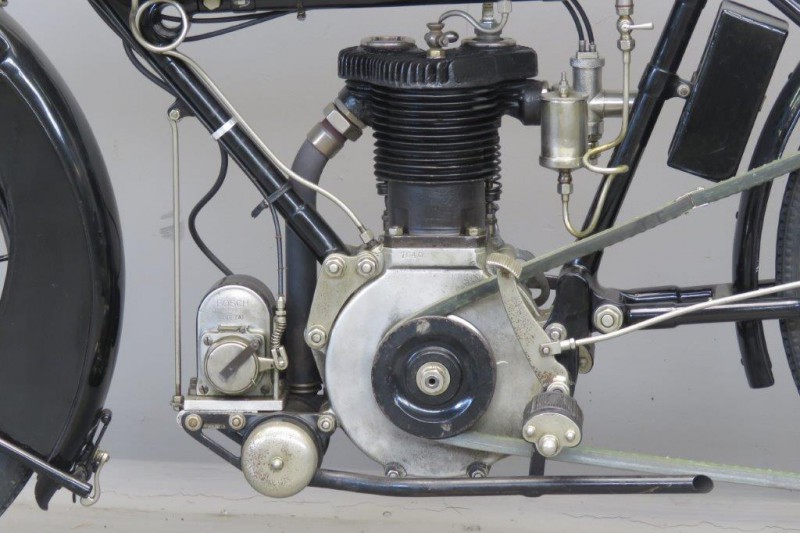 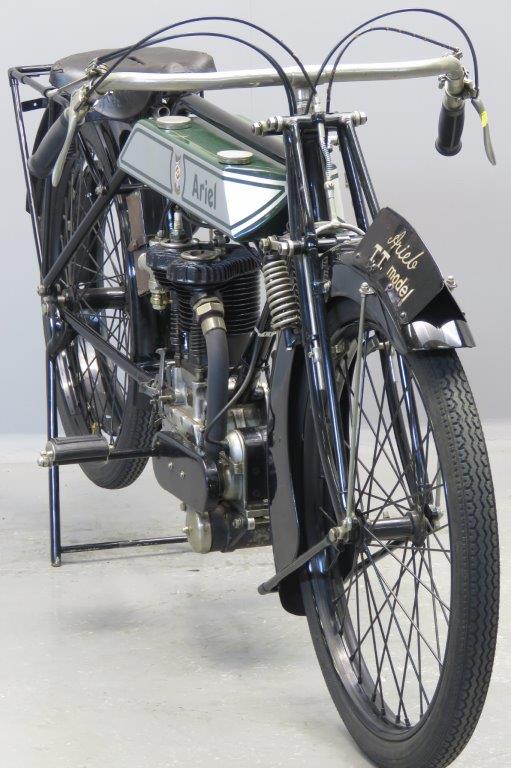 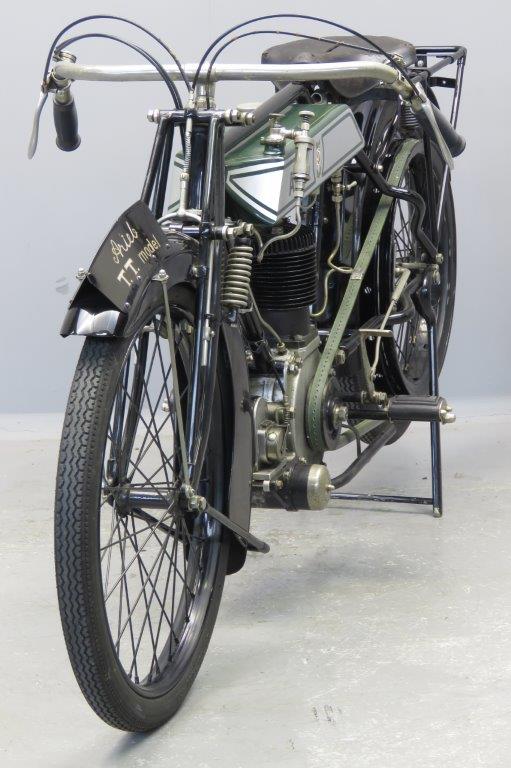 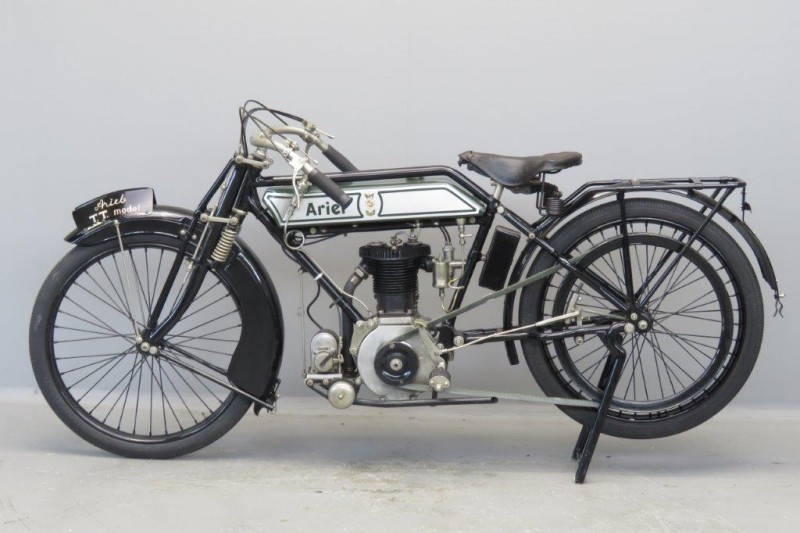 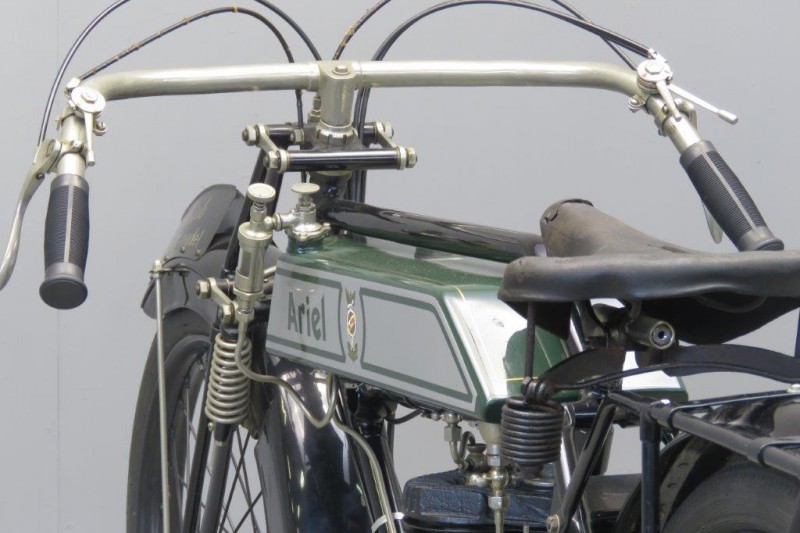 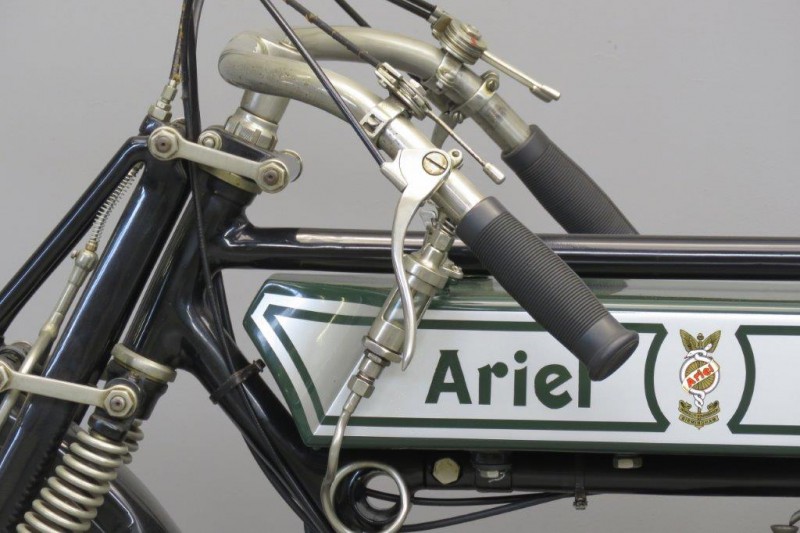 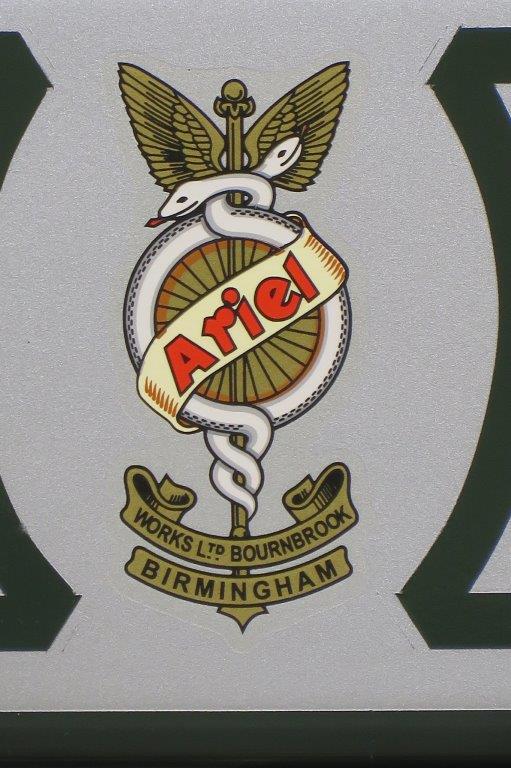 Components Ltd., the Ariel parent company, had been involved in producing motorized vehicles since 1898.
For the 1910 season a radical change occurred in the motorcycle range.
All previous  models were discontinued and were replaced by 3 ½ HP machines that would remain in production for the next 15 years: the T-head White & Poppe engine, in which the inlet and exhaust valves were placed an extraordinarily 4 ½ inches apart.
Because of this the new machines soon gained the nickname of   “ the Ariels with valves a-mile-apart”.
The new models proved very popular with motorcycle enthusiasts and in 1911 Components Ltd. bought the patents rights of the engine and started producing the power unit itself, at the same time increasing the bore to enlarge the swept volume from 482cc to 498 cc.
For the 1913 season  the  86.4 x 85 mm  single was available in single speed, free engine and  three speed hub gear  models.
This was also  the first year that   a  7 HP  1000cc  V-twin sidecar model with two speeds was  catalogued.
The  3 ½  HP T.T. model was fitted with light mudguards, footrests  instead of footboards  and low slung handlebars.
This well-designed  and sturdy “basic”  machine is equipped with Bosch magneto and Amac carburetor.

She has been restored some time ago and is a good runner.