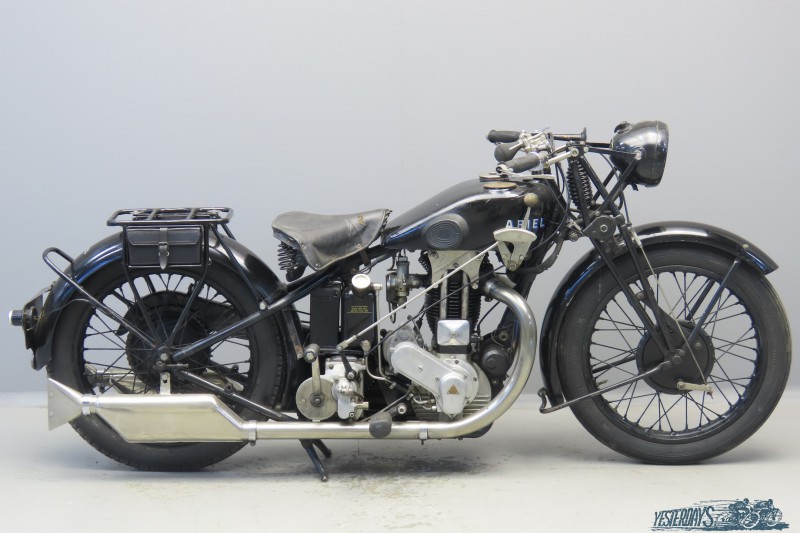 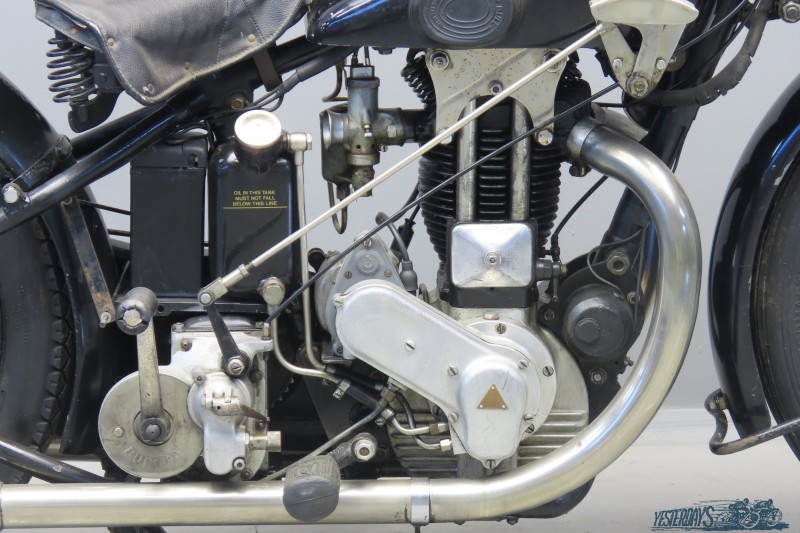 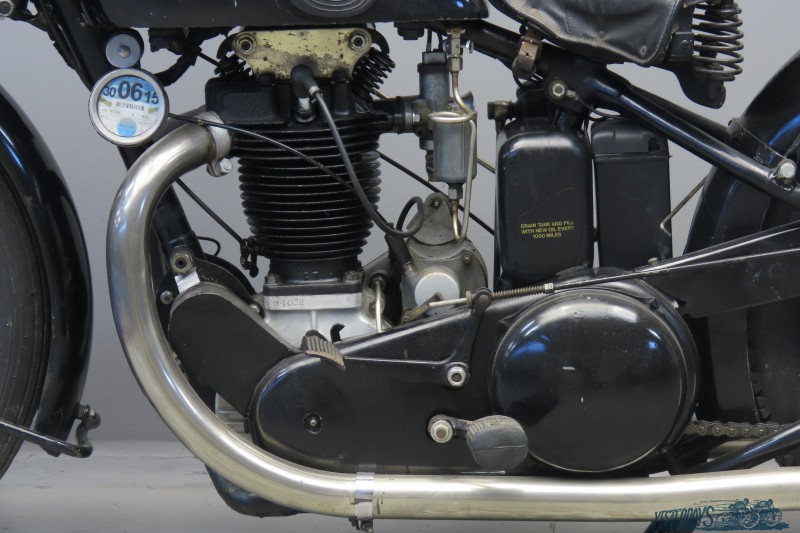 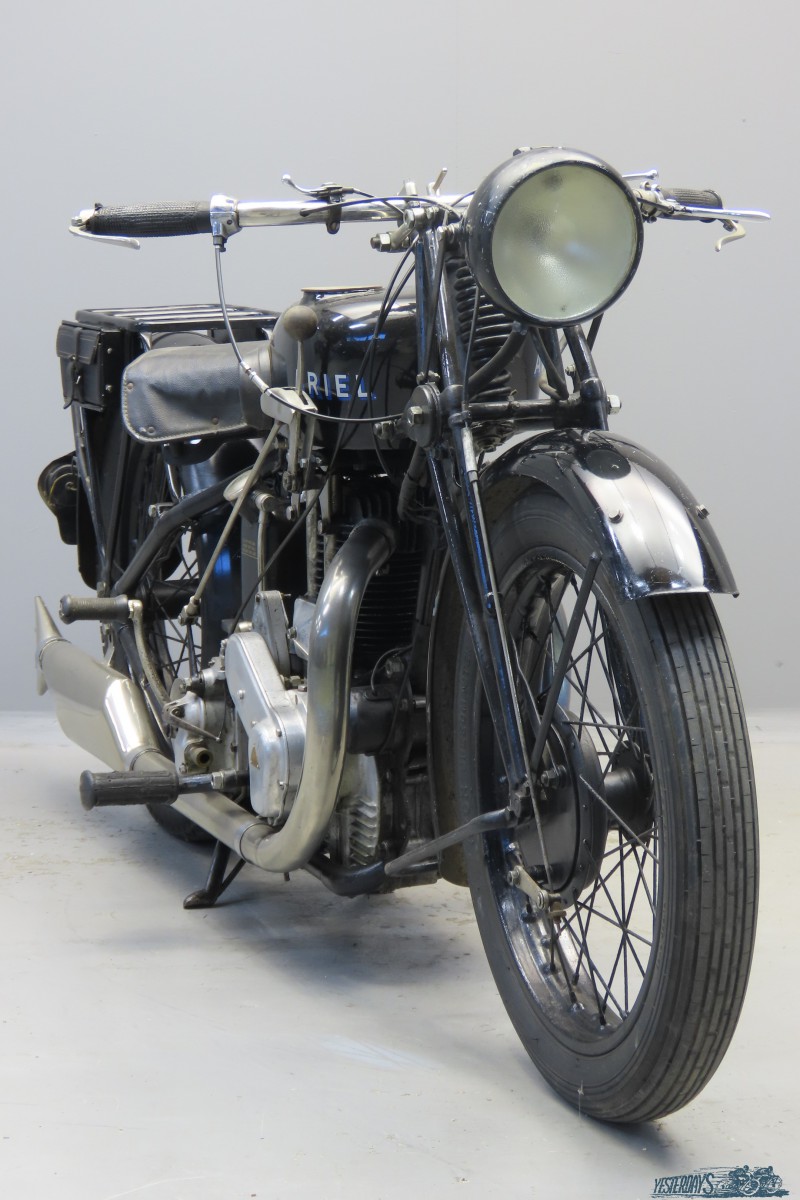 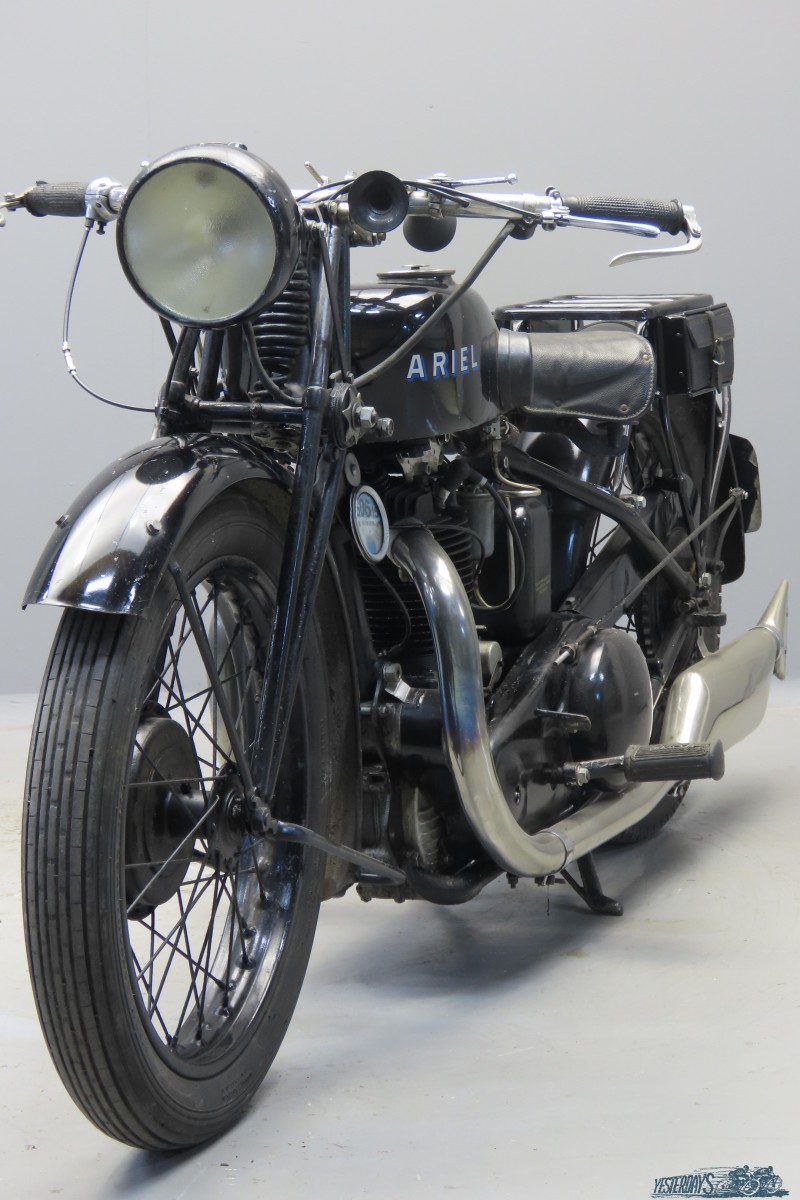 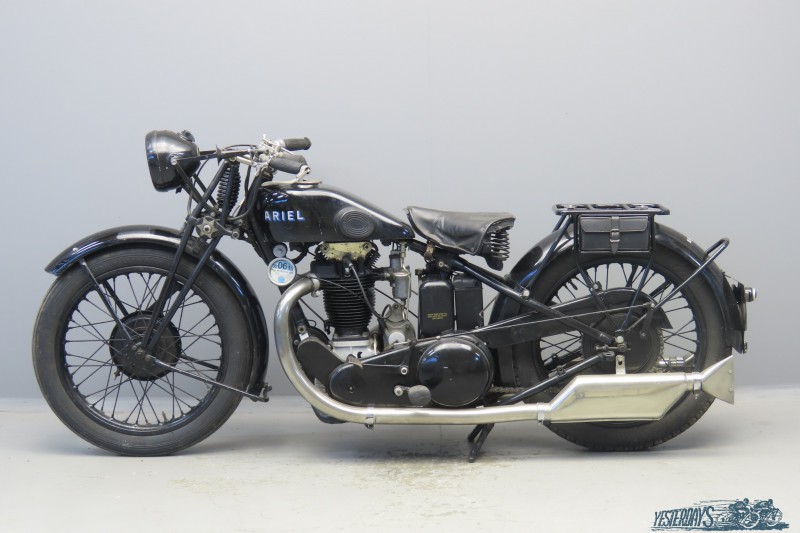 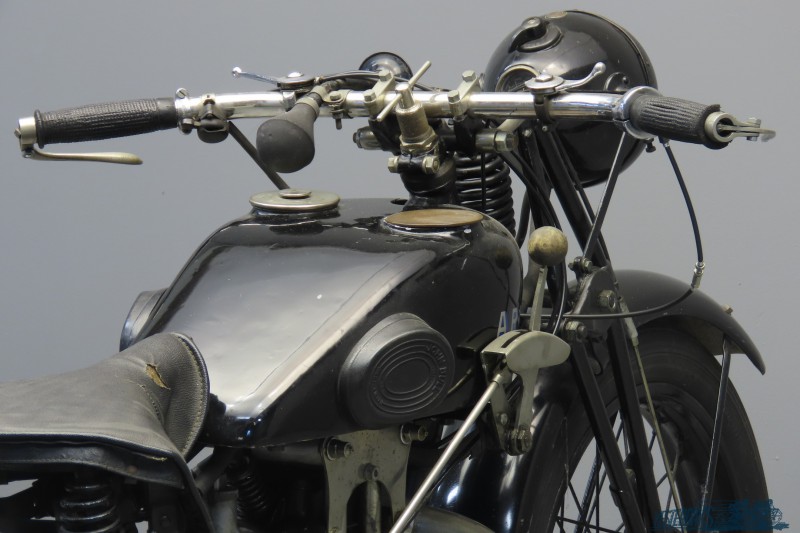 The new line of Ariels, introduced at the end of 1925 and designed by engineering genius Val Page, had been an instant success. Not so much because of its technical innovations, but mostly for its very attractive styling: lower saddle position, shortened wheel base and high saddle tank. Victor Mole was the new man in charge of sales at the Ariel works and he designed the new eye-catching emblem of the Ariel horse and coined the advertising slogan “Ariel, the Modern Motor Cycle”. Within a few years Ariel sales and profits rocketed. In 1927 sales were ten times as high as the 1925 sales before the introduction of the new line of machines. The 5 basic models ( A,B,C,D and E) that were produced in 1927 were continued for 1928, but with many improvements. The most noticeable was the adoption of Brooklands-type fishtail silencers, the use of enclosed valve-operation gear on the ohv machines and redesigned frames on all models. The models A and B were 557cc side valves, C was an ohv Standard machine, D was the De Luxe version of the C and E was a Super Sports machine, fitted with Amac Sports carburettor with twist grip control and adjustable footrests. Standard trim for the E was also a twin-port head. Typical for the 1929 model year is the centre stand. All OHV models had bore x stroke dimensions of 81.8x 95 mm. This machine has been in the possession of the former owner from 1980 till recently. It’s an older restoration which hasn’t been used for some time and will need light recommissioning.