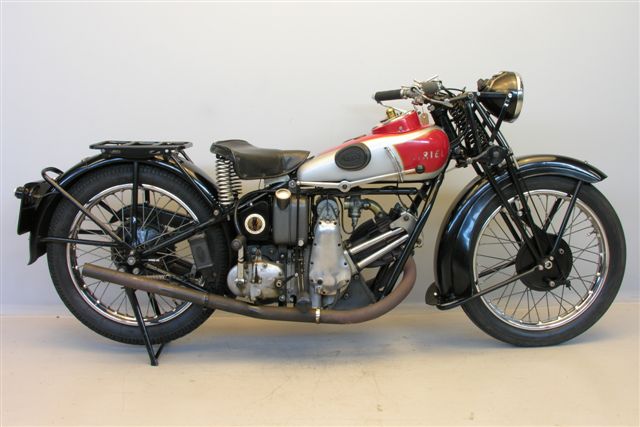 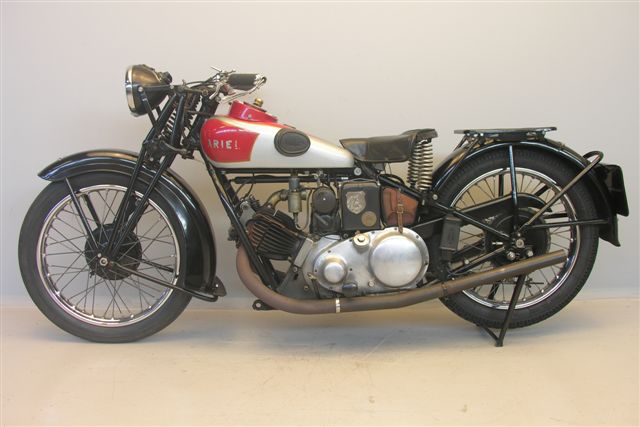 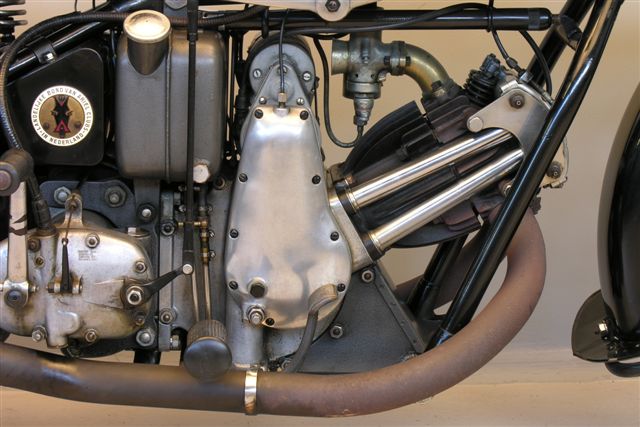 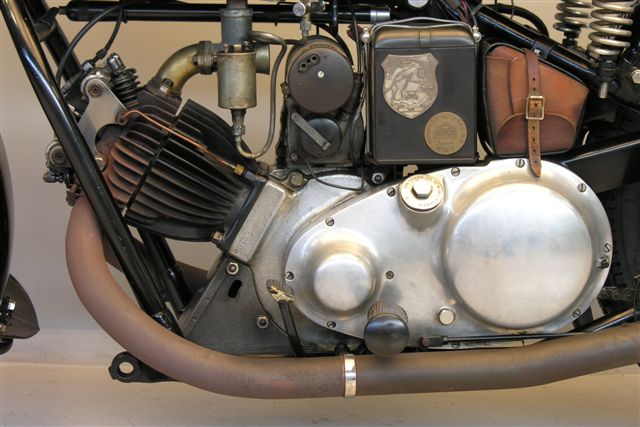 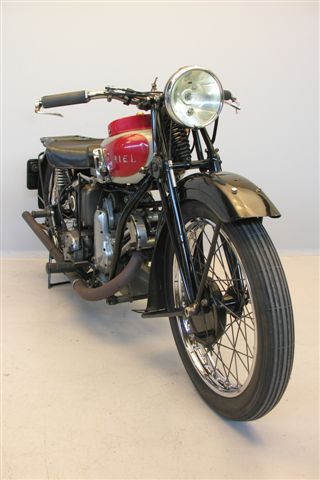 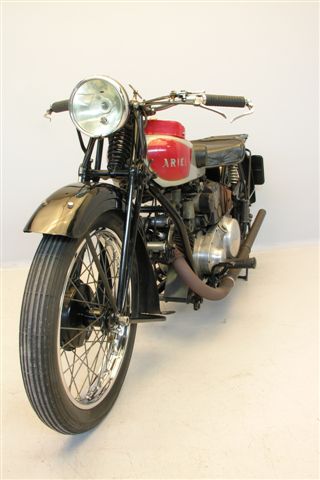 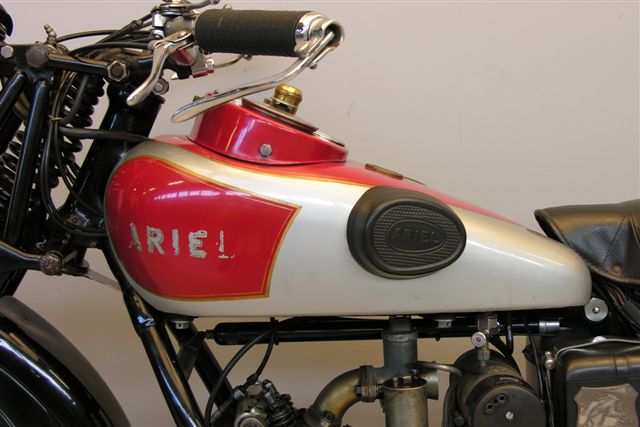 The sloping engine was a popular design feature around 1930, with the famous BSA “ sloper” as leading model.
The craze lasted about half a dozen years: by the mid thirties there were hardly any sloping models left; Panthers being a notable exception of course.
The “slopers” were so designed because they afforded a marked lowering of machine centre- of- gravity , which in its turn improved handling. Other advantages ware better accessibility of the engine and better cooling of the cylinder.
The latter was facilitated by longitudinal finning on the cylinder and radial finning on the cylinder head.
The model SG was the only four valve model in the 1931 Ariel sloper range: the 4 valve layout gave more engine performance because of the reduced reciprocating valve mass; the engine revolutions could be higher before valve bounce occurred. A second advantage was that the increased inlet valve area enabled increased breathing and hence more power to be produced.
The “SG” had a duplex cradle frame and was equipped with a neat tank top instrument panel with speedometer, oil pressure gauge, clock and  inspection light. It was one of the most expensive models in the  1931 range.
This impressive fast touring machine has been  restored a number of years ago.