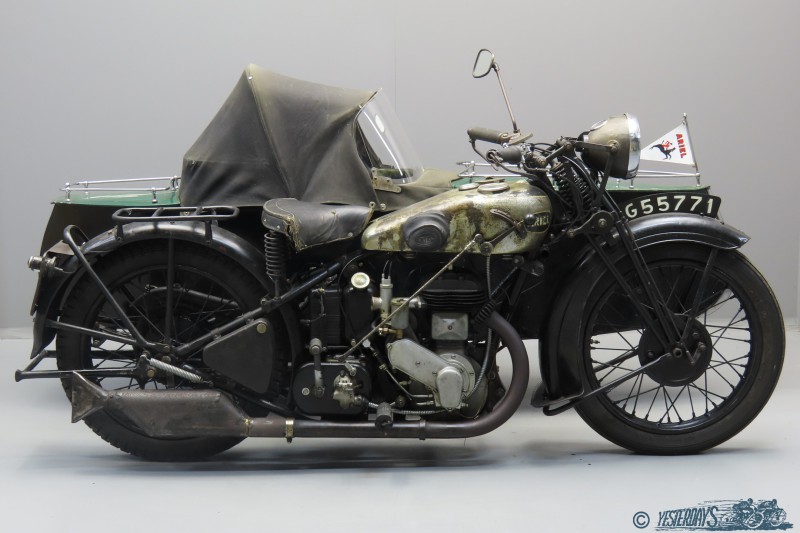 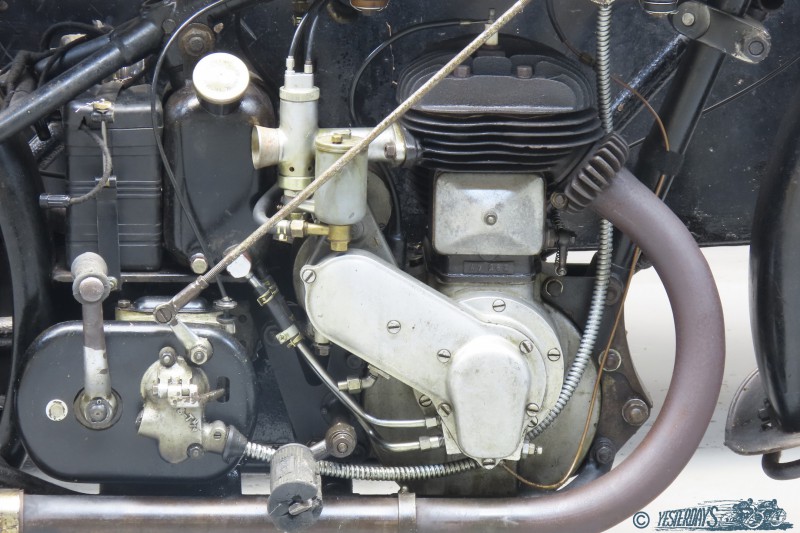 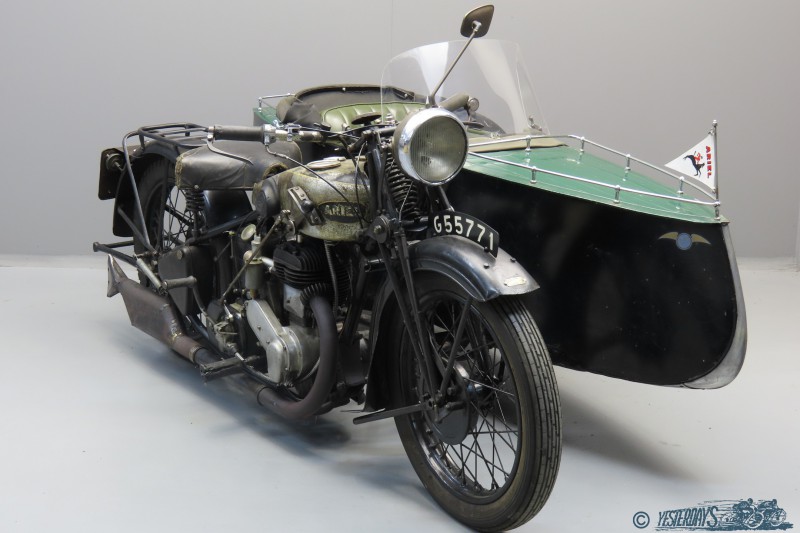 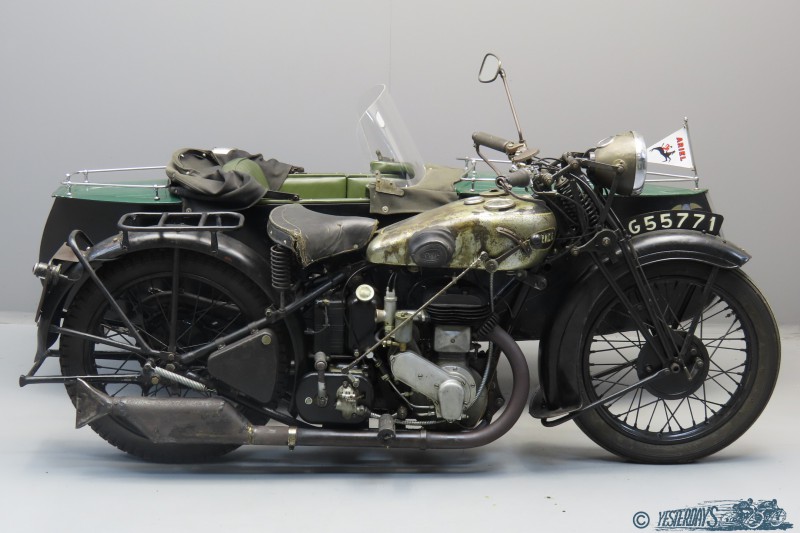 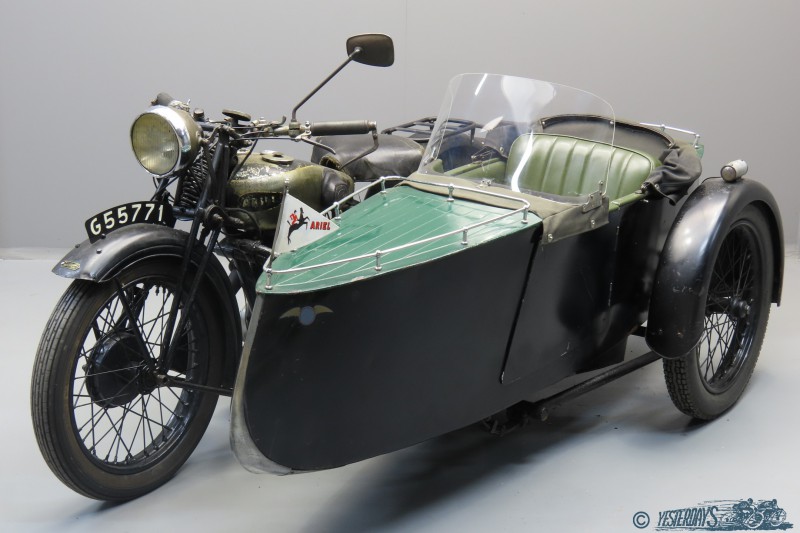 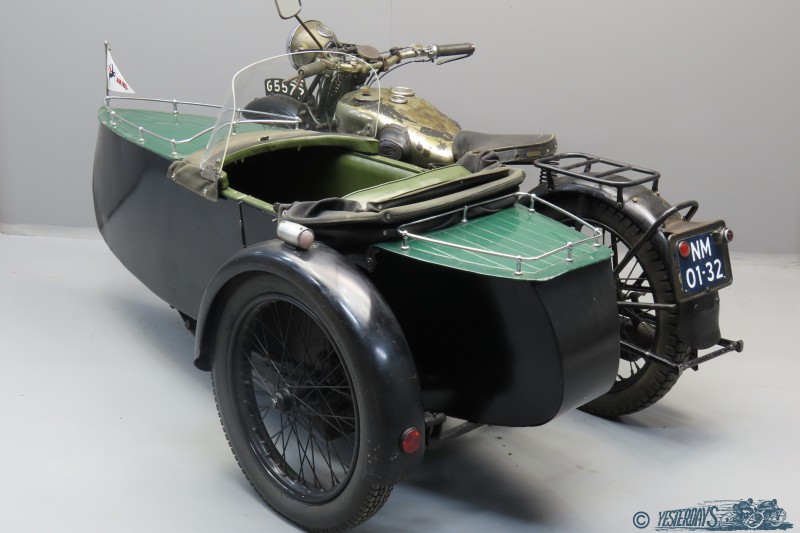 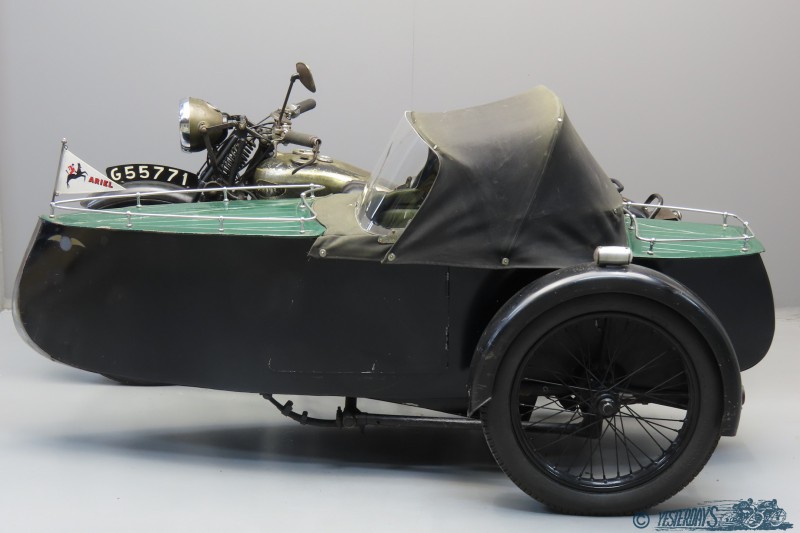 The Great Depression had a huge effect on economic activities in the United Kingdom. Between 1929 and 1933 Britain’s world trade fell by half, the output of heavy industry fell by a third, employment and profits plunged in nearly all sectors. At the depth in summer 1932, registered unemployed numbered 3.5 million, and many more had only part-time employment. The Ariel parent Company Components Ltd. was one of the firms that were on the brink of bankruptcy but Jack Sangster was able to buy up most of the production machinery and continue the production of Ariel motorcycles under the name of Ariel Motors (JS) Ltd. One of the reasons for the collapse of the company had been the combination of producing too many models with too much diversification in design. So for 1933 rationalisation was the word and the extensive 1932 range was shrunk to only 5 basic models. The 557 cc side valve was designed by Val Page and introduced for the 1926 season. It had bore x stroke of 86.4 x 95 mm and was upped to 598 cc for 1936 by increasing the stroke to 102 mm. Incidentally, these dimensions were the same as those of the 1910 4HP Ariel model. The VB was finally taken out of production in January 1959. With a production run of some 33 years it was longer lived than any other of the company’s models. The 1932 catalogue described the VB as “Highly recommended for prolonged and arduous work as a solo machine or with a sidecar. It can be depended upon to give unfaltering service over a long period with a minimum attention or adjustment.” The machine comes complete with steering damper, tank top Smiths speedometer, oil pressure gauge and rear view mirror.
This VB was sold new in The Netherlands in the province of North-Holland. The provincial registration G-55771 was issued to a Mr. de Jong in the village of Winkel. The machine stayed till 2018 in the same area and the last owner had it for some 40 years. It has never been restored but has been maintained in good condition technically and comes with current Dutch registration. It’s a reliable machine which participated in several vintage motorcycle rallies in the past years.