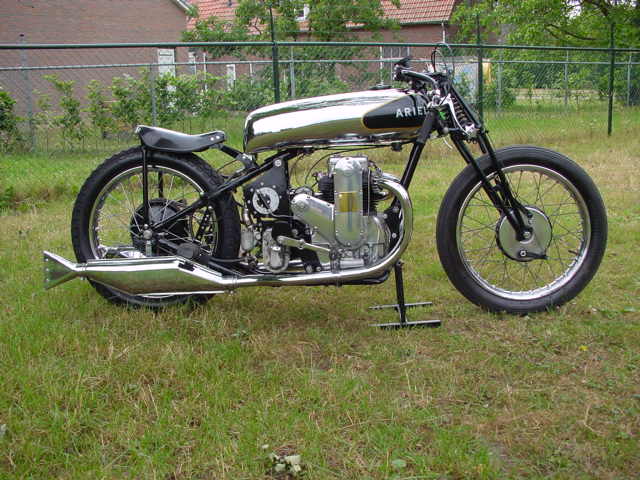 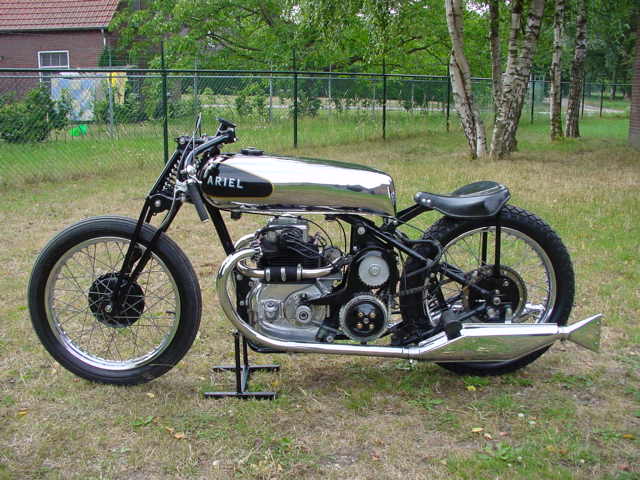 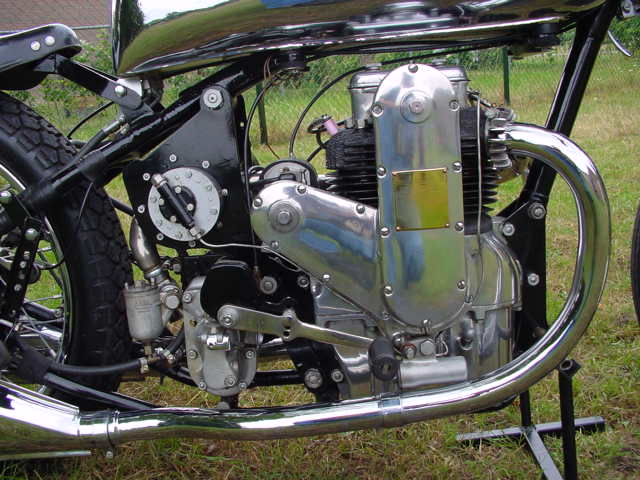 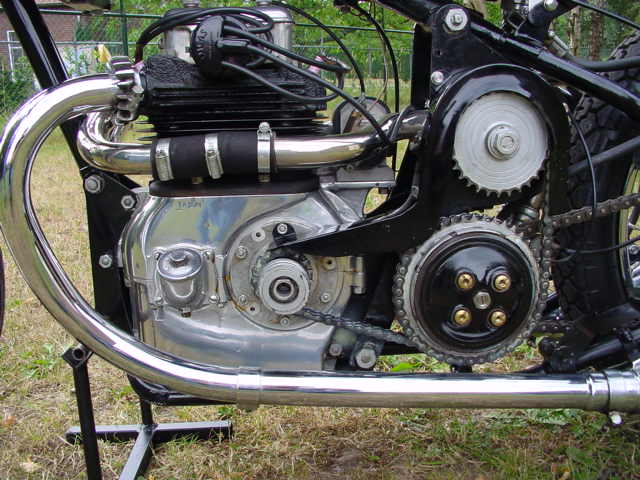 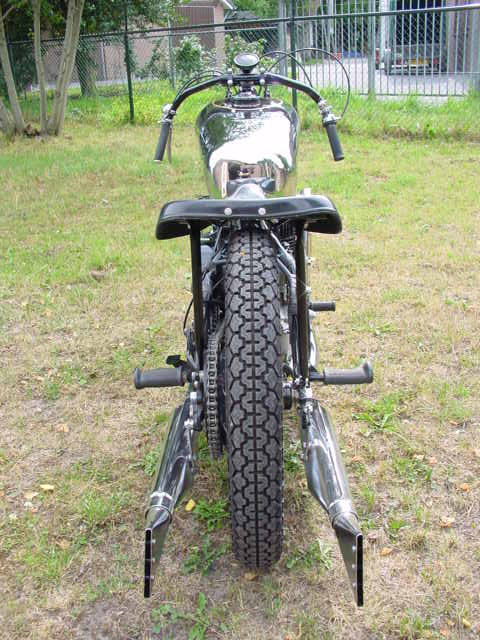 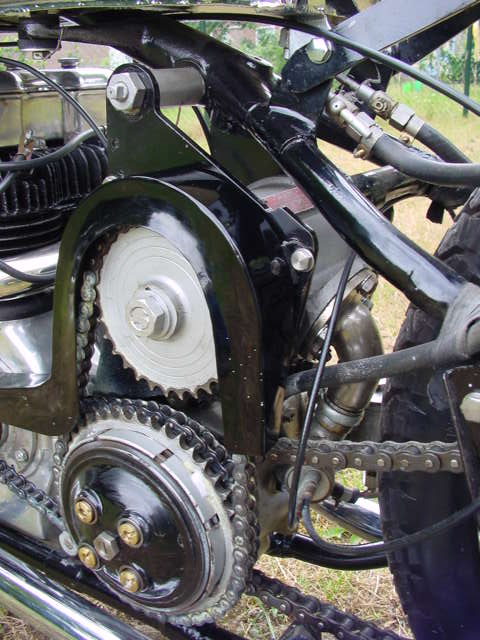 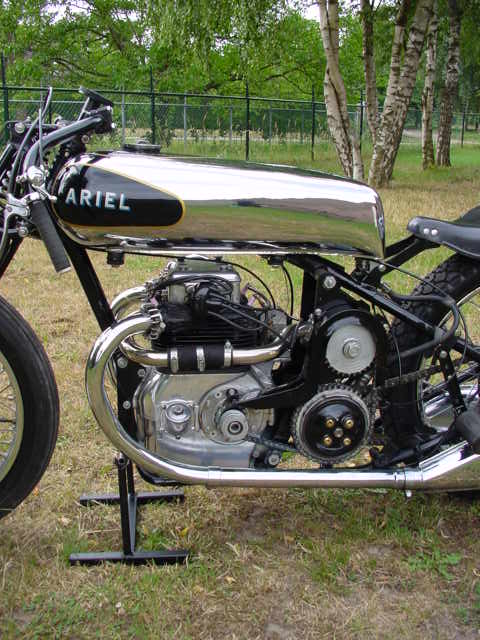 In 1933 Ben Bickell decided the 500cc OHV Ariel Square Four was the very machine to annex the motorcycle cup for the first mutlicylinder 500cc machine to cover 100 miles in one hour at the Brooklands track. Ben and his brother Joe, of Bickell and Sons, 268 Archway Road, High Gate, London set about preparing the Ariel for the task.
When completed this machine would lap Brooklands consistently at over 110 mph.
However each time Ben had a crack at the actual record, the cylinder head blew or the cylinder base flange showed tendency to part from the cylinder block, such was the power of the supercharged engine and although

Ernie Smith at the Sellyoak factory tried to get a new block made up with a more robust flange, the designer Edward Turner resisted stating that everything must be standard, thereby conveniently ignoring the extra power provided by the supercharger.
This motorcycle is a rebuilt of the Ariel Supercharged Square Four.
It was built with great care by Ted Woodrow, a highly skilled aircraft engineer of the old school, who has much experience of these machines. The potential of this machine in sprinting is enormous as Ted did not sleeve down from the original 600cc.
Currently the machine is fitted with a front break.
Sammy Miller was one of the testriders who covered several miles on it.
Truly a piece of Ariel, Brooklands and motorcycle history, this machine not for the faint hearted, is a fascinating example of mans quest for speed and reliability upon two wheels.