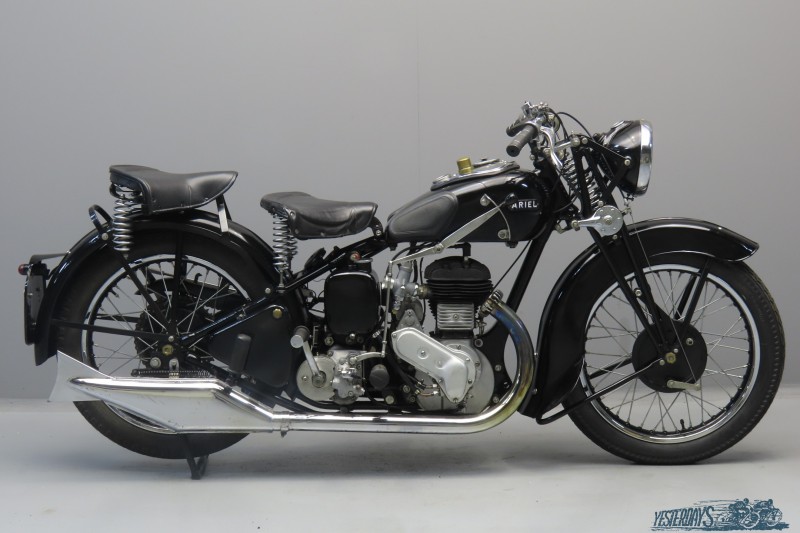 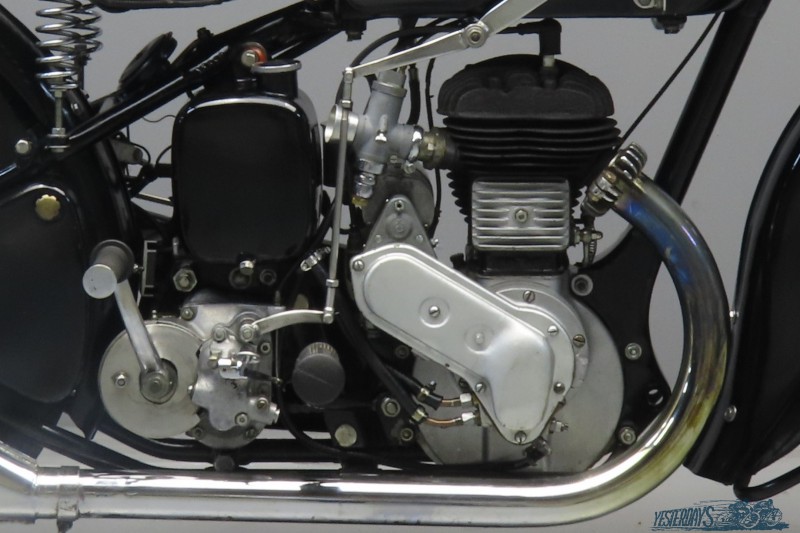 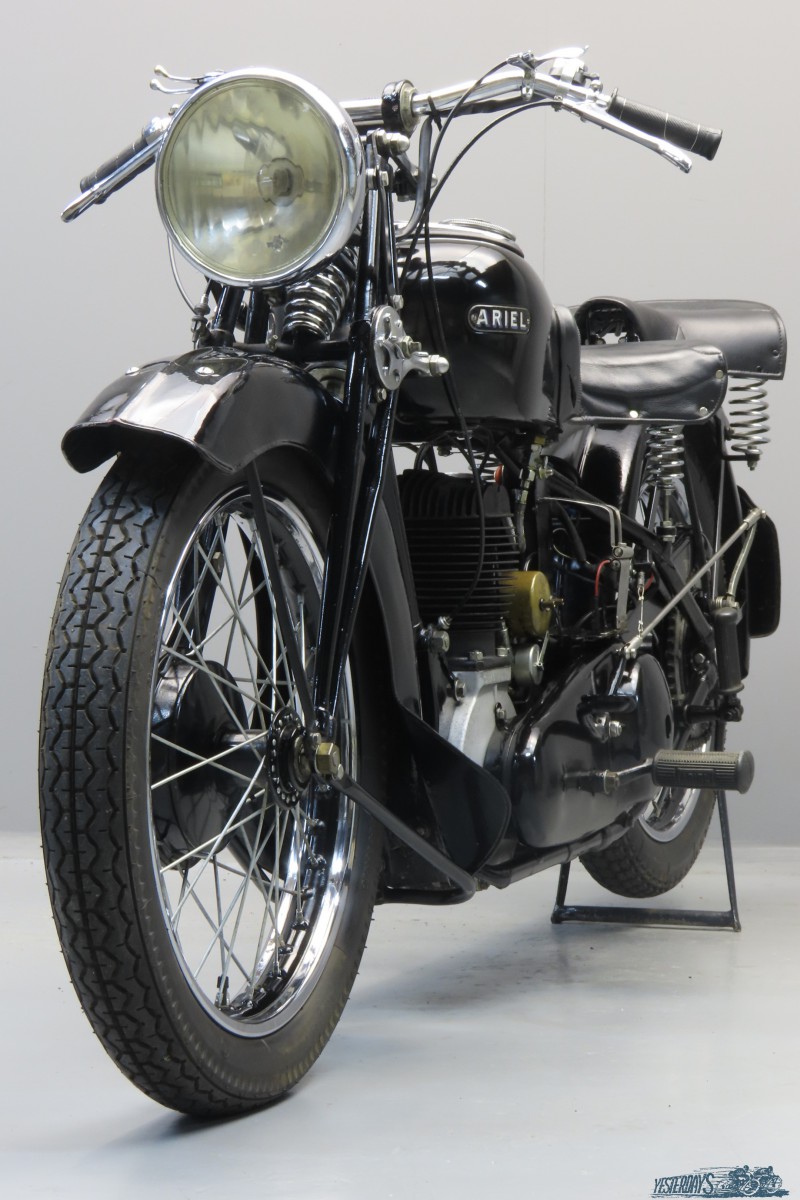 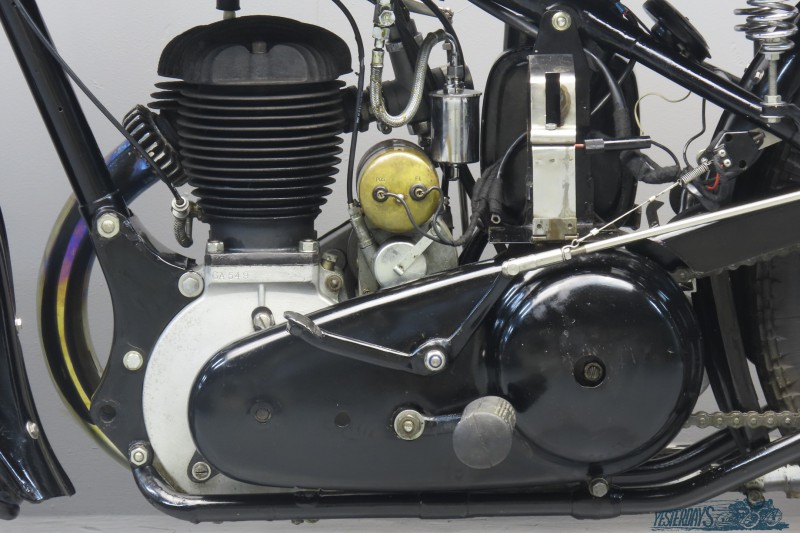 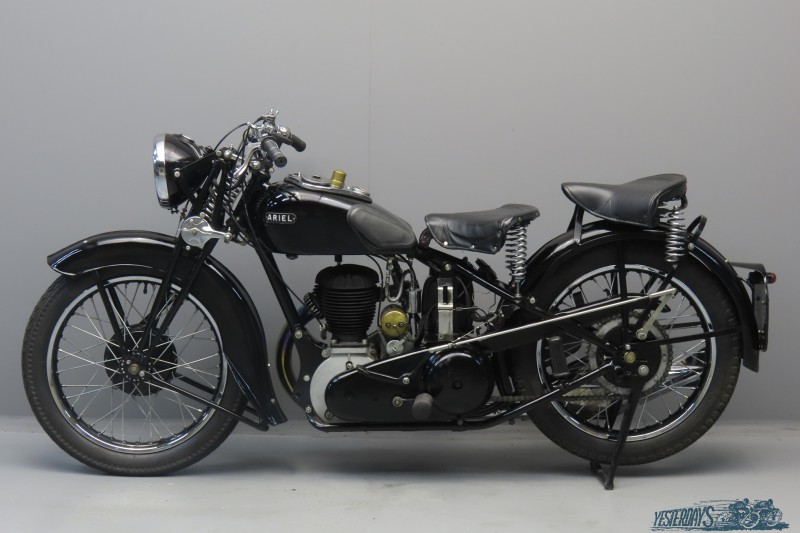 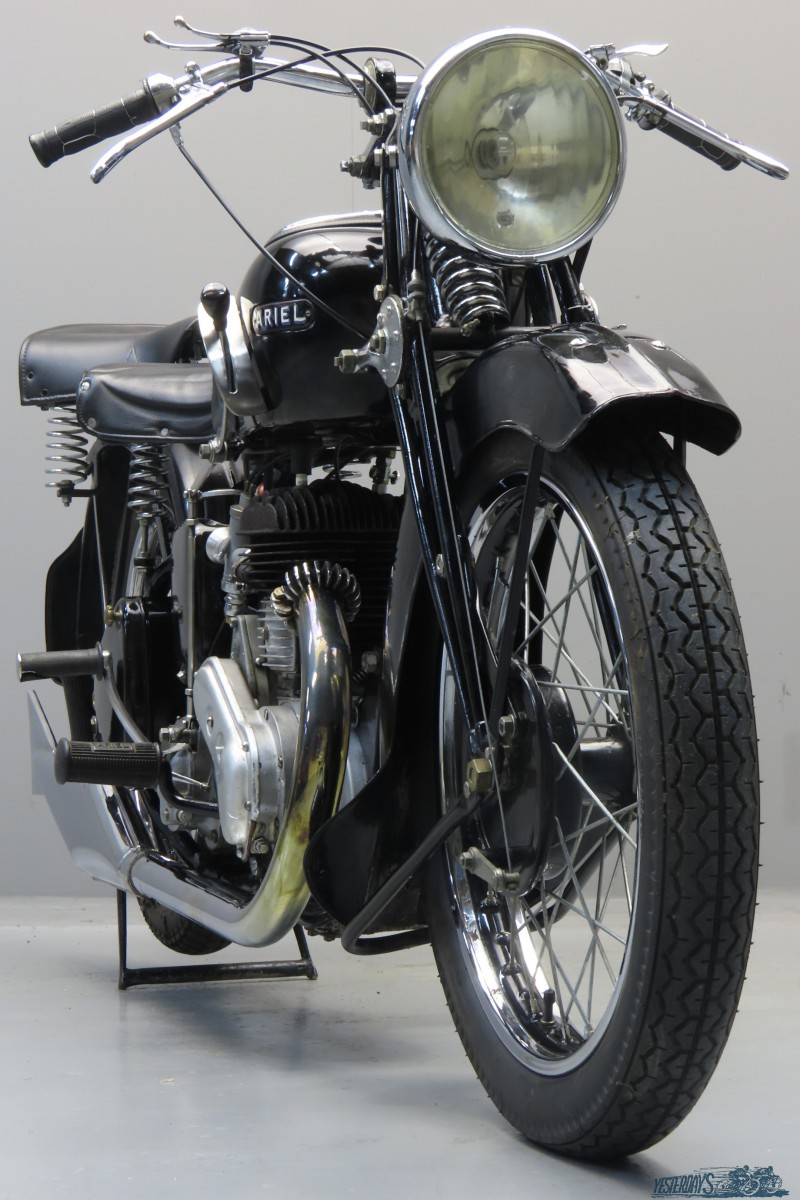 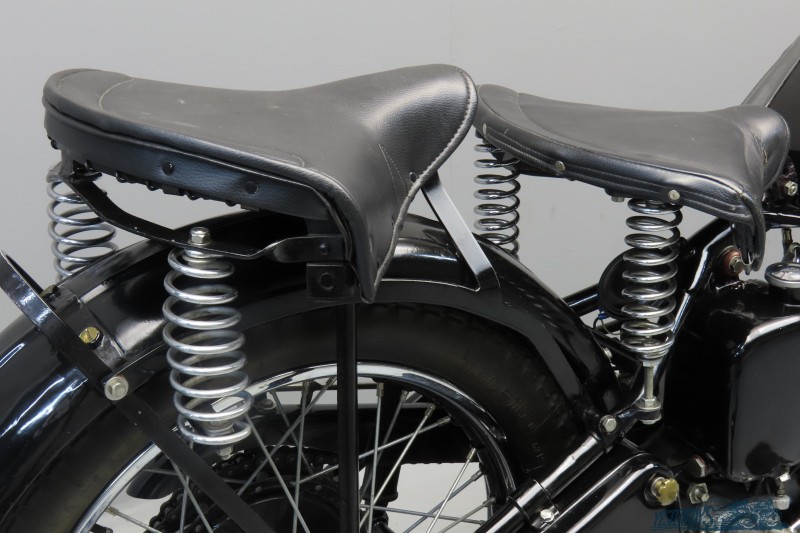 Ariel’s 557 cc side valve was designed by Val Page and introduced for the 1926 season. It had bore x stroke of 86.4 x 95 mm and was upped to 598 cc for 1936 by increasing the stroke to 102 mm. With a production run of some 33 years it was longer lived than any other of the company’s models; it was finally taken out of production in January 1959 when parent company BSA decided to terminate the production of Ariel four strokes.
In the course of 1932 the firm got in considerable financial difficulties. Jack Sangster was able to continue manufacture of Ariel motorcycles as a private company. One of the reasons for the collapse of the company had been the combination of producing too many models with too much diversification in design. So for 1933 rationalisation was the word. This meant the end for a number of models, and the only side valve model left in the catalogue was the 557cc machine.
For model year 1934 two versions were available, the De Luxe VB and the Standard VA3 or VA4, dependent on the number of gears. The De Luxe model had more elaborate mudguarding and a chrome petrol tank and was equipped with a four-speed gearbox.
The 557cc machine was described as “Highly recommended for prolonged and arduous work as a solo machine of with a sidecar. It can be depended upon to give unfaltering service over a long period with a minimum attention or adjustment.” Many solo riders preferred the fuss-free flexibility of the sturdy side valve engine. New for 1934 was the rubber insulated handlebar mounting which, according to the catalogue, “entirely absorbs all engine vibration and road shocks, so reducing the fatigue factor to a minimum.”
The machine we present was originally sold in Sweden and was bought by the former Dutch owner in restored condition some 11 years ago. All this time the Ariel was carefully kept in his private collection and was ridden for no more than a few dozen miles. She comes with pillion seat and tank top instrument panel with oil pressure gauge and inspection light, plus room for a speedometer. She starts and runs well.