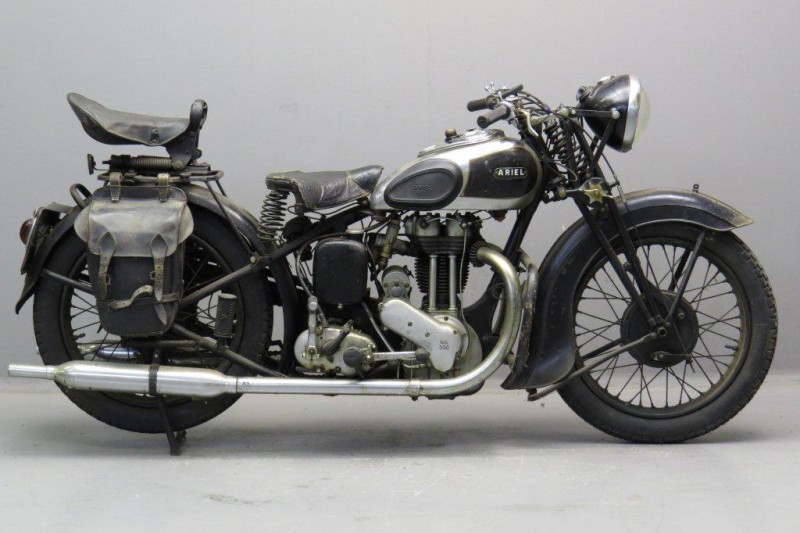 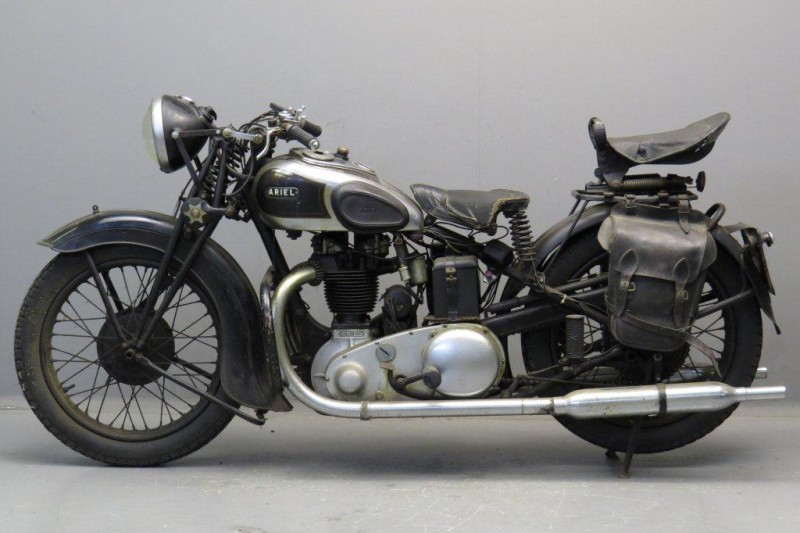 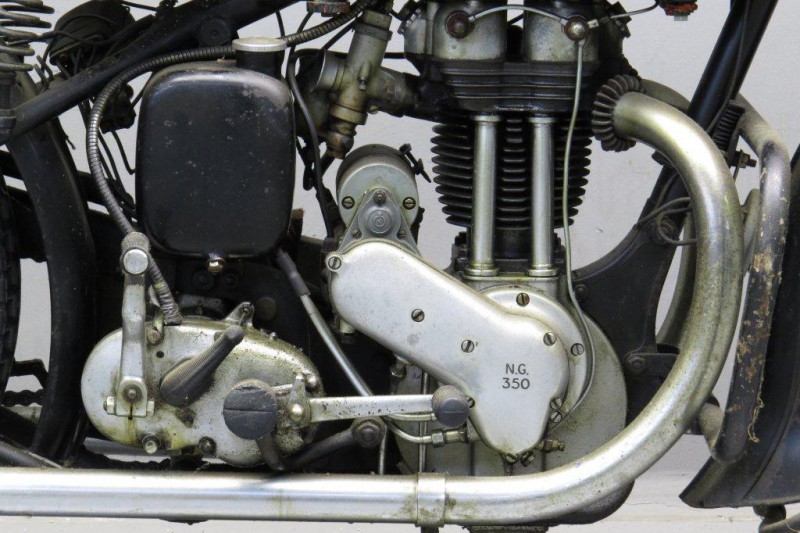 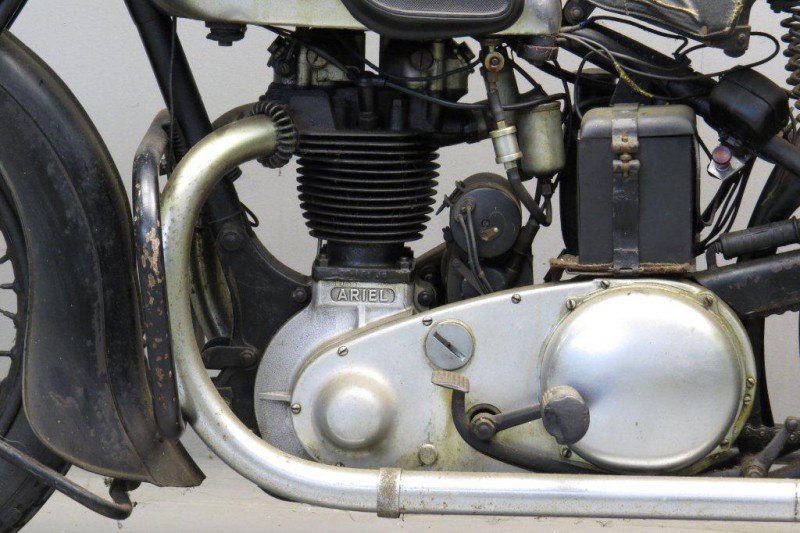 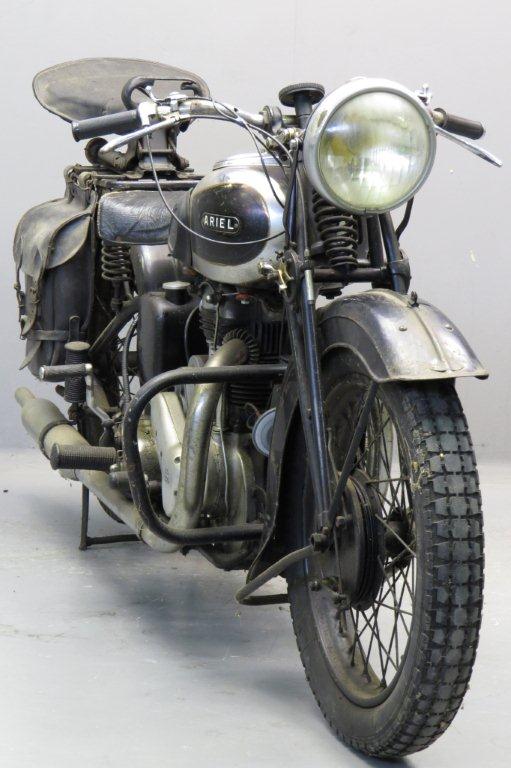 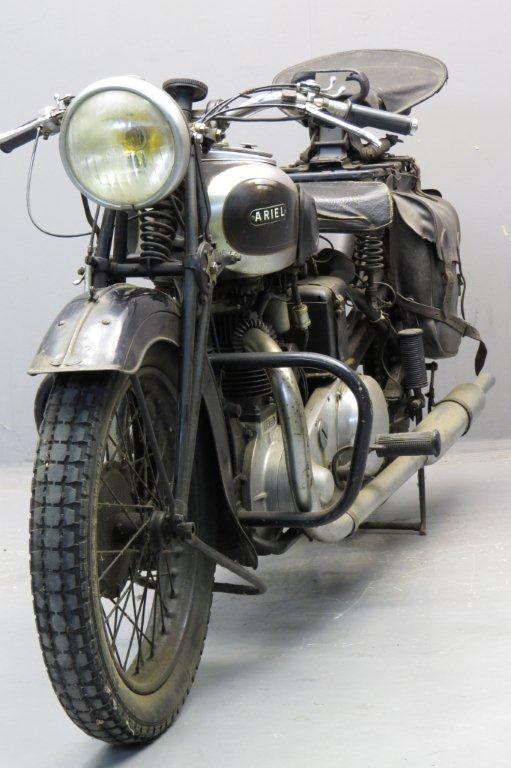 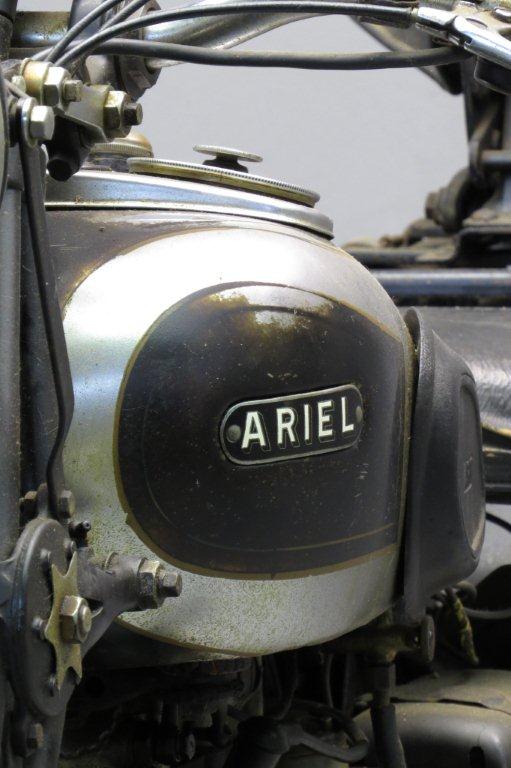 For the 1936 season the Standard versions of Ariel’s Val Page-designed singles were dropped and  new overhead-valve De Luxe models introduced: the 250cc LG,  350cc NG and 500cc VG.
These models were complementing the sporting Red Hunters. The new models all had the same general machine specifications, including the newly-designed  aluminium primary chain housing with removable clutch cover.
Two-port heads were standard. For 1938 a number of detailed improvements were made.
To name a few: the gearbox had been cleaned up and domed nuts now secured the cover.
To prevent the ingress of dirt, a moulded rubber sheath now enclosed the clutch operating lever and the overall appearance of the machines was enhanced by a chromium plated, rather than an enamelled, instrument panel.
More important, however was the fact that the valve gear and cylinder heads of both the De Luxe and Red Hunter Models had been completely redesigned.
Two separate aluminum-alloy rocker boxes were now used instead of the one piece box used hitherto. The rocker spindles were drilled and positively lubricated by a branched external oil pipe feed coming directly to the oil pump.
Power delivered was 13 BHP at 5000 rpm.  (courtesy: Peter Hartley’s  “The Ariel Story”)

A very special feature of this Ariel is its stunning originality.
The owner of this machine bought it 40 years ago from the widow of the original purchaser. It was carefully preserved and only used occasionally.
The condition of the original enamel and chromium is excellent.
The exhaust dampers have been renewed at some time, but the original parts are still with  the machine.
This must be the best genuine 1938 NG that’s still around!