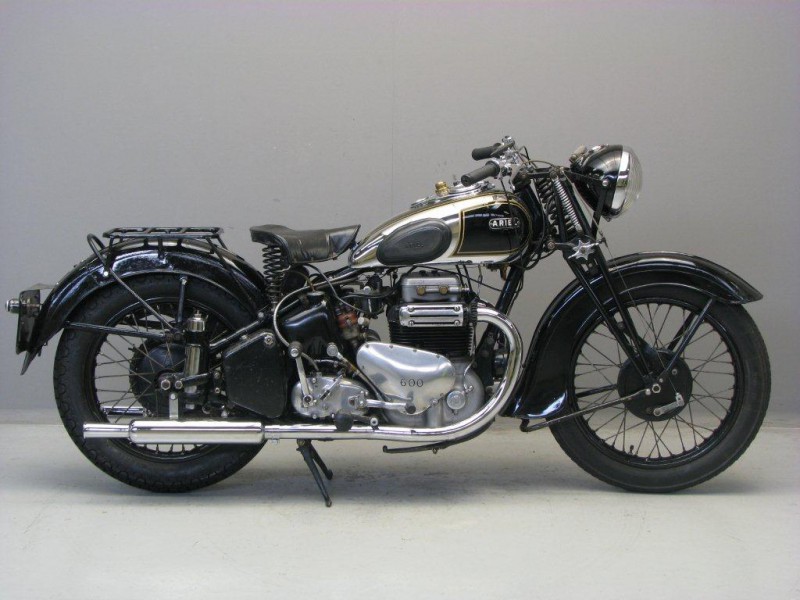 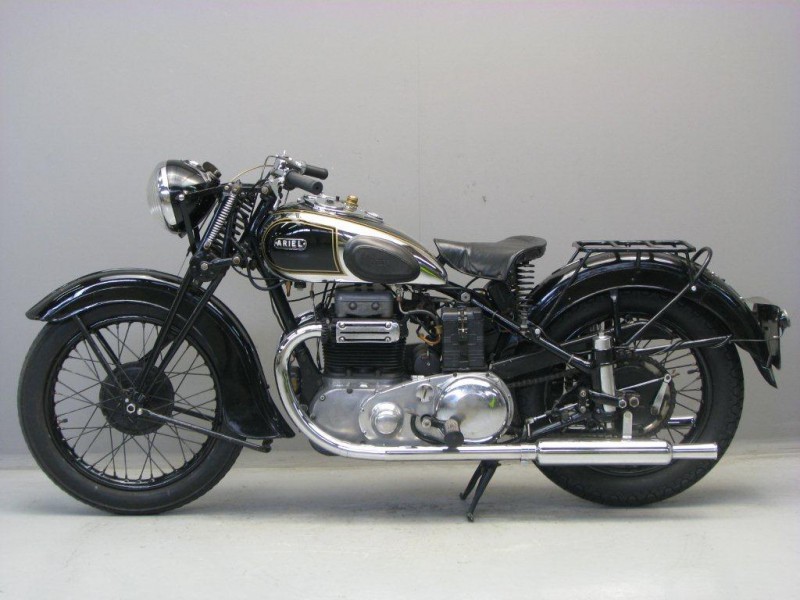 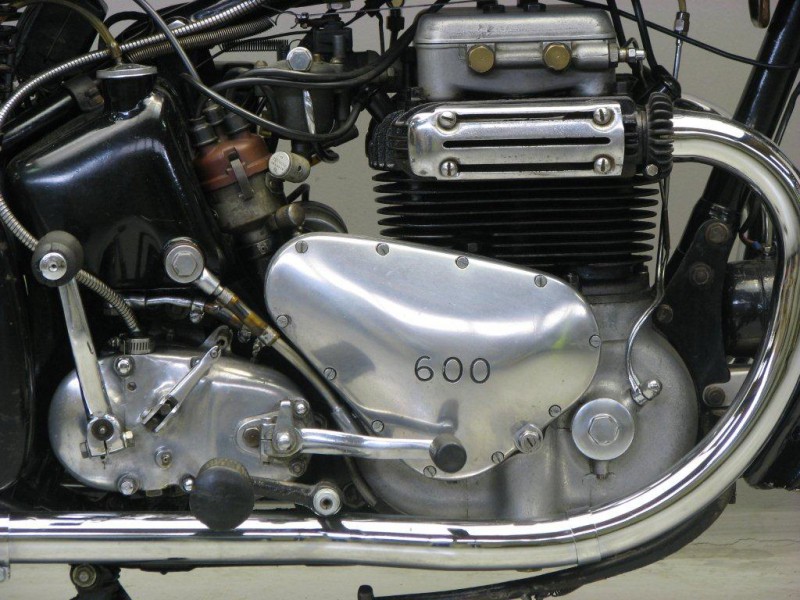 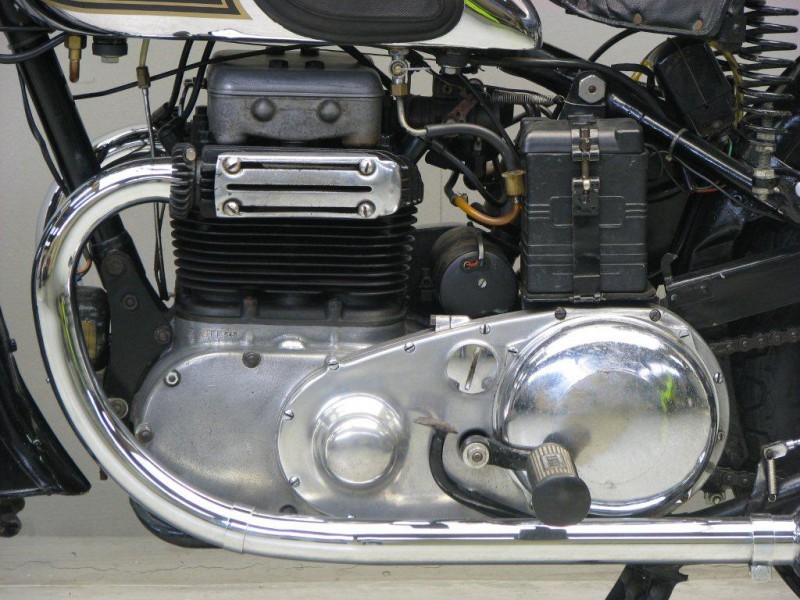 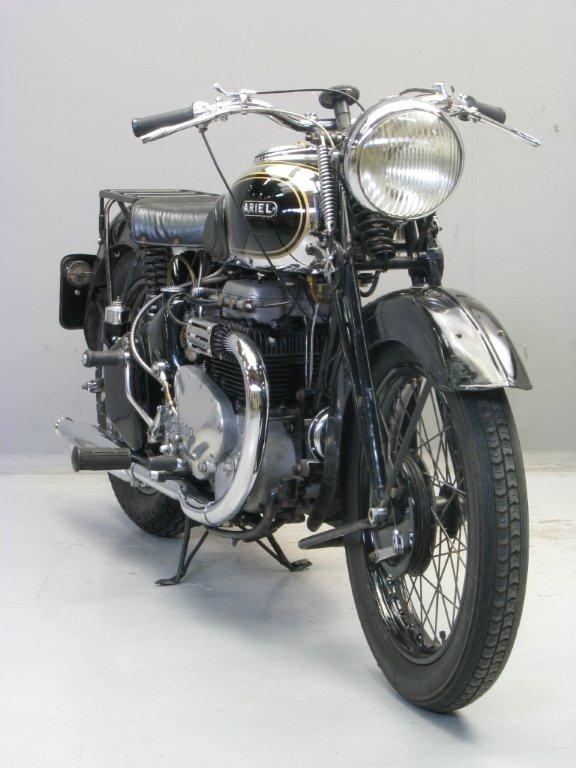 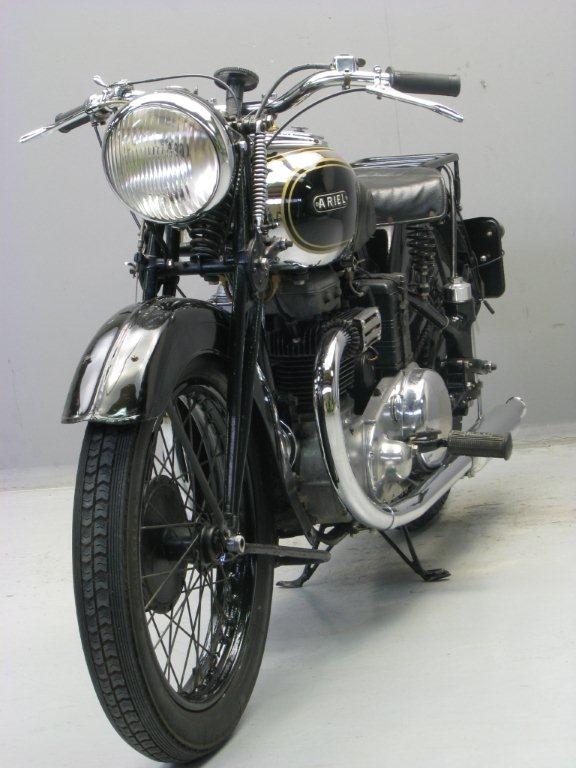 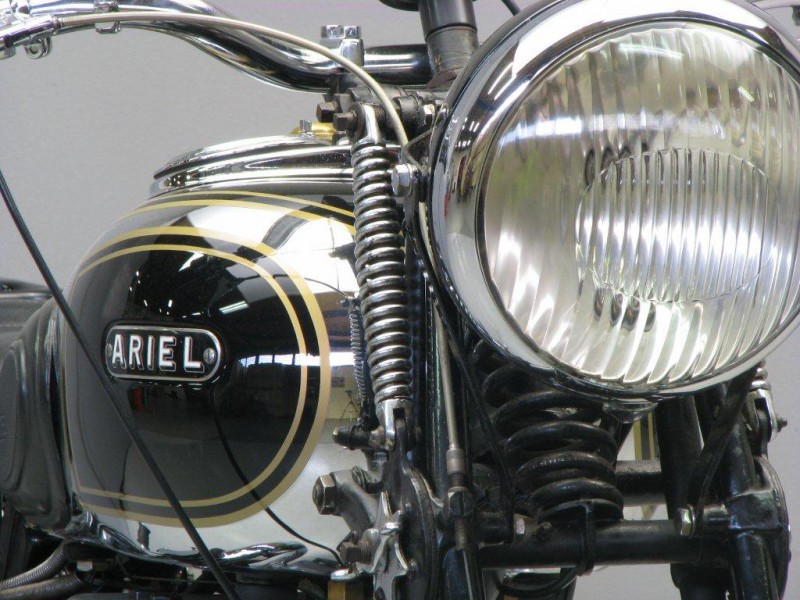 Ariel unveiled the all new  SQ 4 to the motorcycle world at the Olympia show in 1930. It was a brainchild of design genius Edward Turner and  it was powered by an OHC engine with 2 parallel crankshafts, mounted in a crankcase transversely across the frame.
The two cranks were geared together in the center uf the unit, so in effect there were two vertical twin engines running in opposite directions. The result was a silky, smooth power output with instant response to the throttle. In 1932 the capacity was increased to 600 cc  and in 1937 a new  4 appeared, this time of 1000 cc and with pushrods instead of the chain-driven overhead cam.
Roller conrod bearings were also dropped in favour of  plain bearings and the coupling gears were moved from the center of the engine and placed in a case on the left side.
For the 1939 season  a redesigned 600 cc Four was introduced and for an extra 10 pounds most models could be had with a spring frame.  Lucas coil ignition was fitted in place of magneto ignition  for better starting and less weight.
This  quiet, comfortable machine is an older restoration.