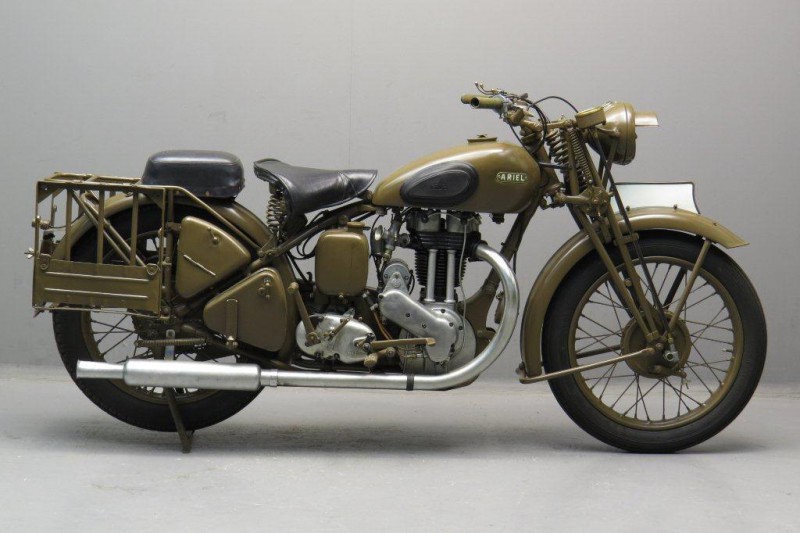 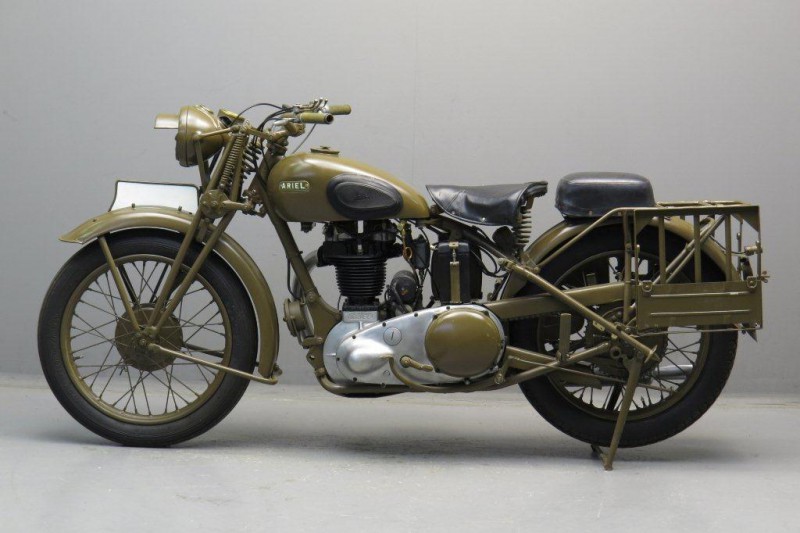 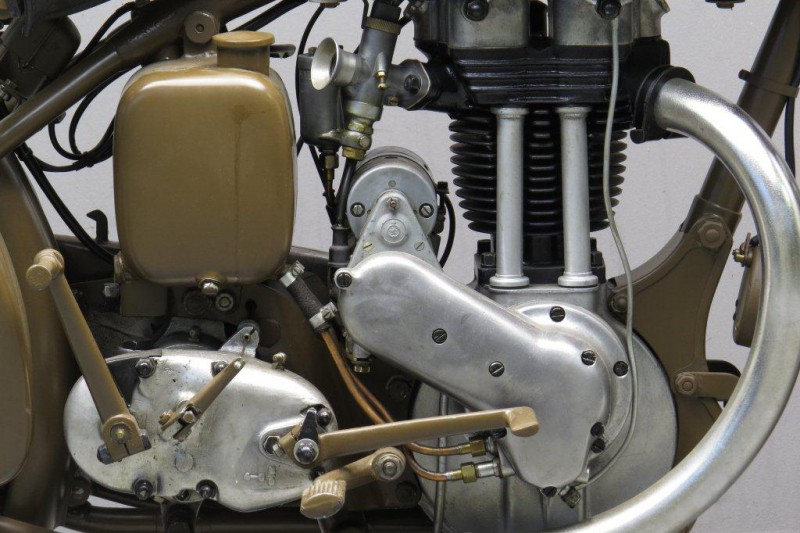 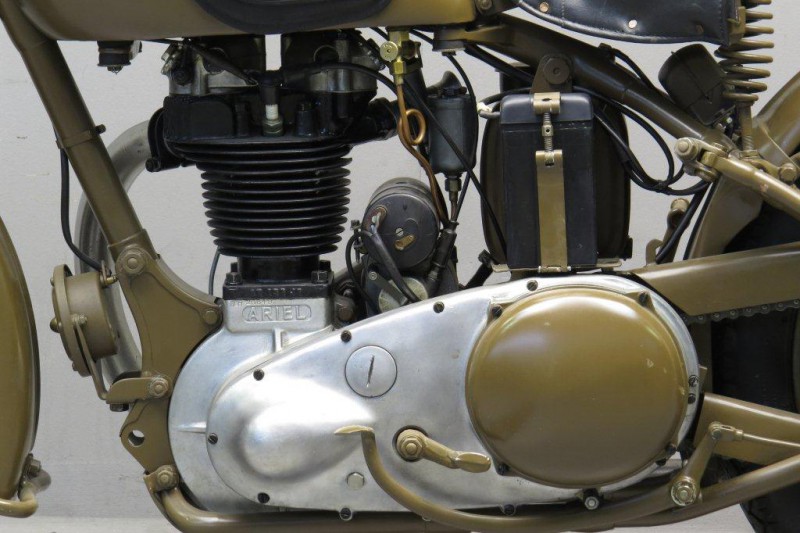 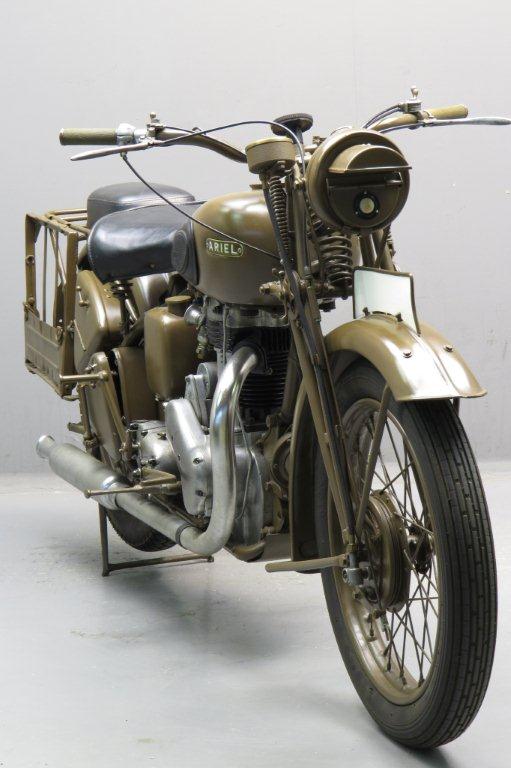 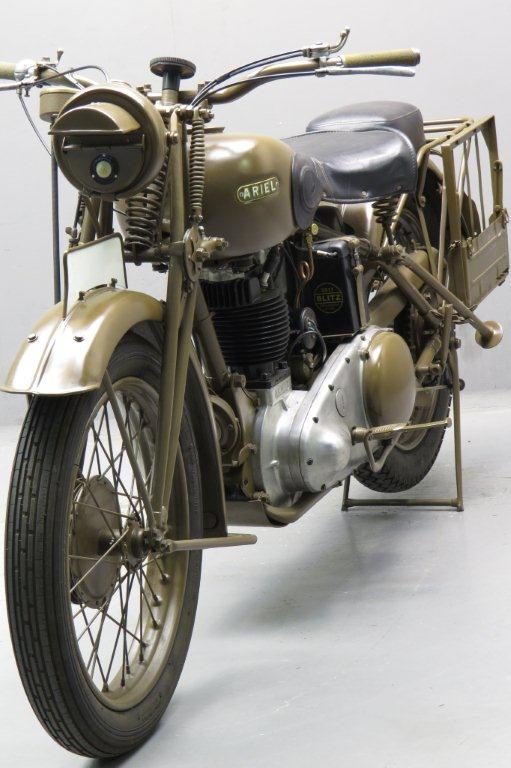 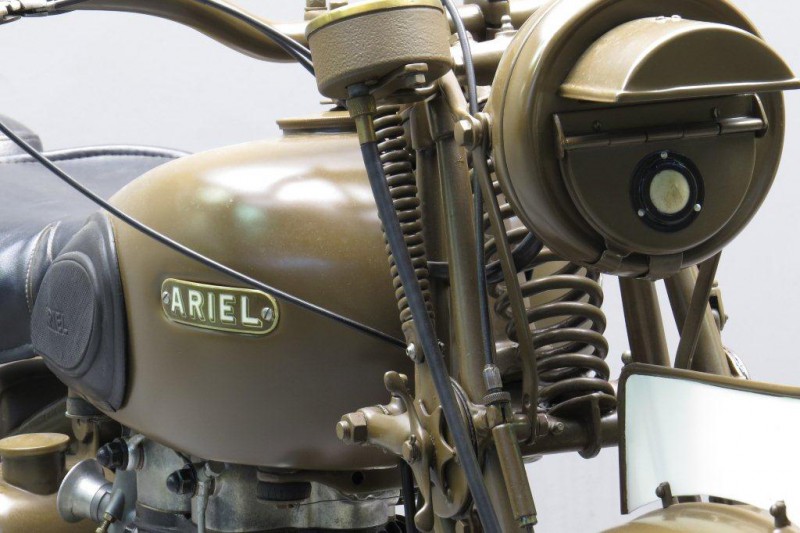 For the 1936 season the Standard versions of Ariel’s Val Page-designed singles were dropped and two new overhead-valve
De Luxe models introduced: the 250cc LG and 350cc NG, complementing the sporting Red Hunters.
When WW2 broke out, existing stocks of Ariel motorcycles (and those of other makes) were requisitioned for allocation to the British Armed Forces, pending the development of a military version of the 350cc single, designated ‘W/NG’, which first appeared in 1940 and was manufactured throughout the war.
This example was brought from Athens’ Hassani military airport (later the Ellenikon civilian airport) at the end of WW2. Restored in 2007 and presented in running order, it benefits from recent servicing and is in generally very good condition.