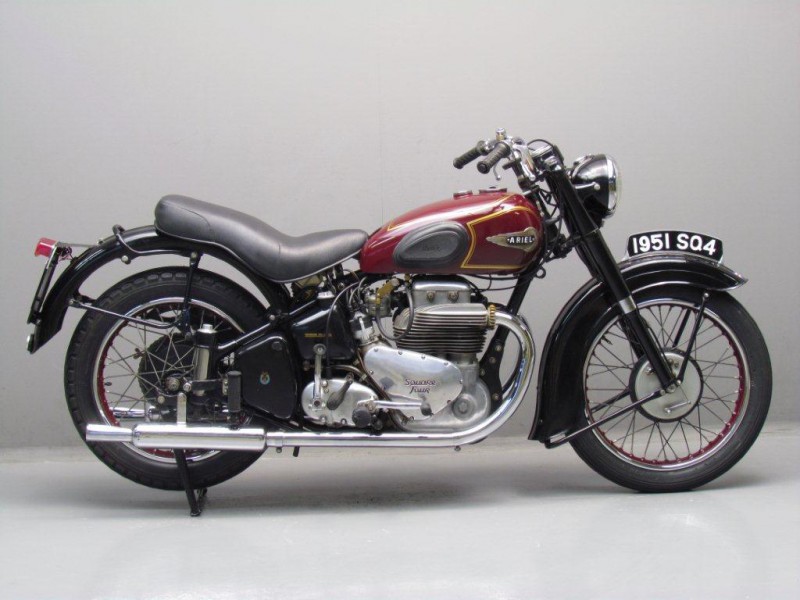 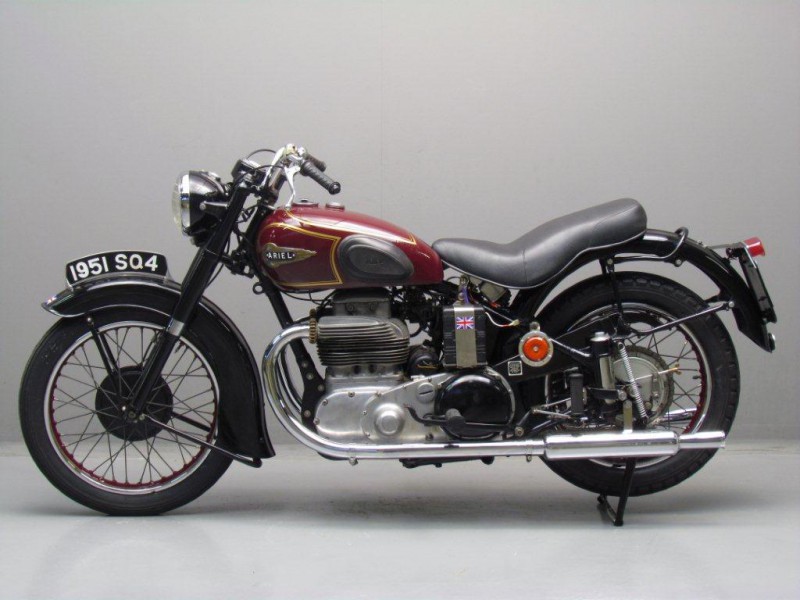 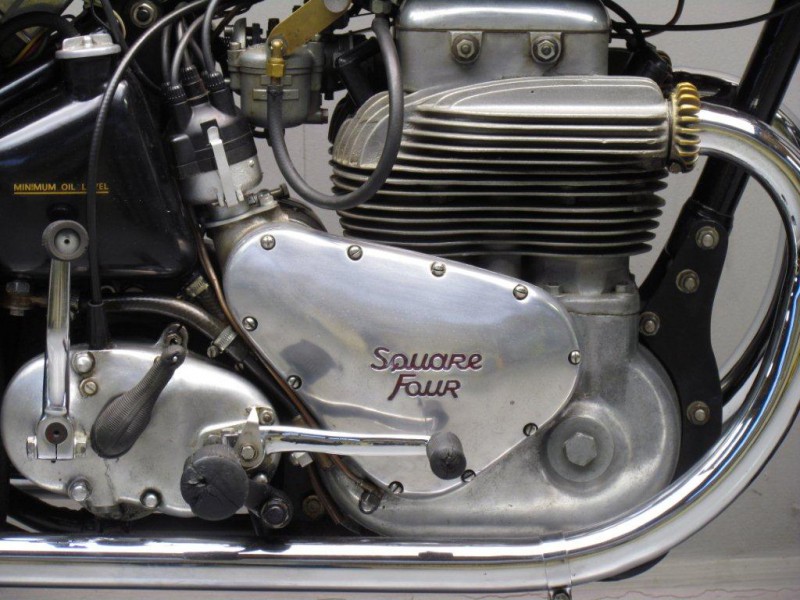 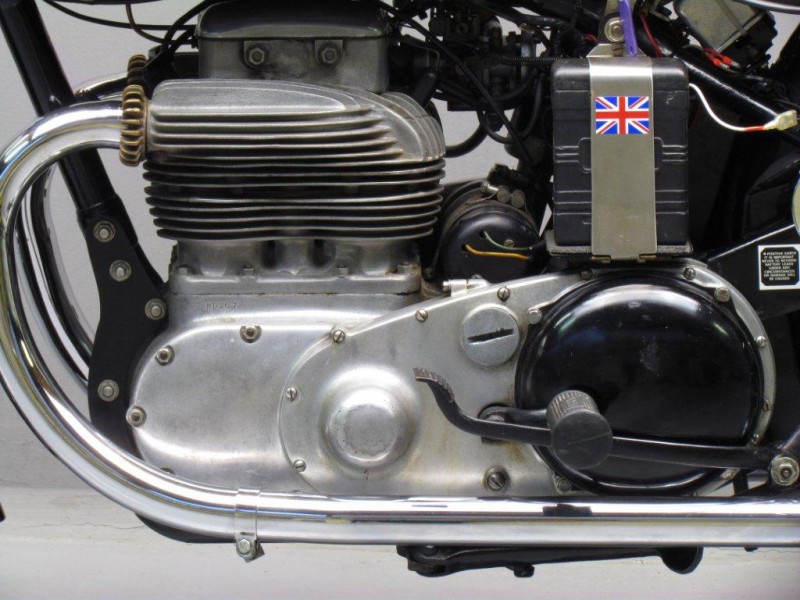 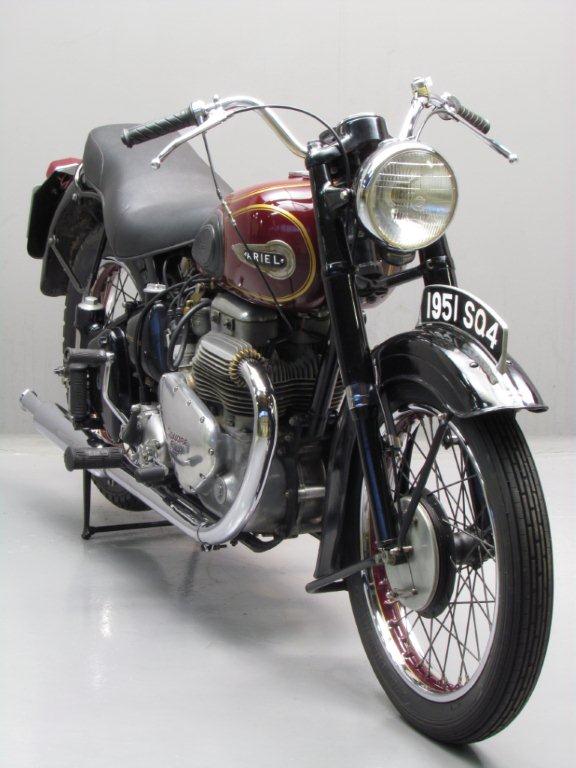 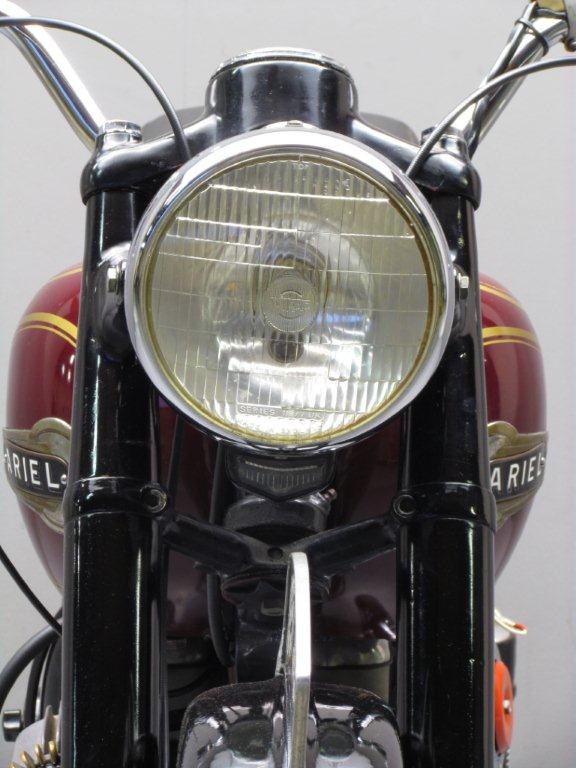 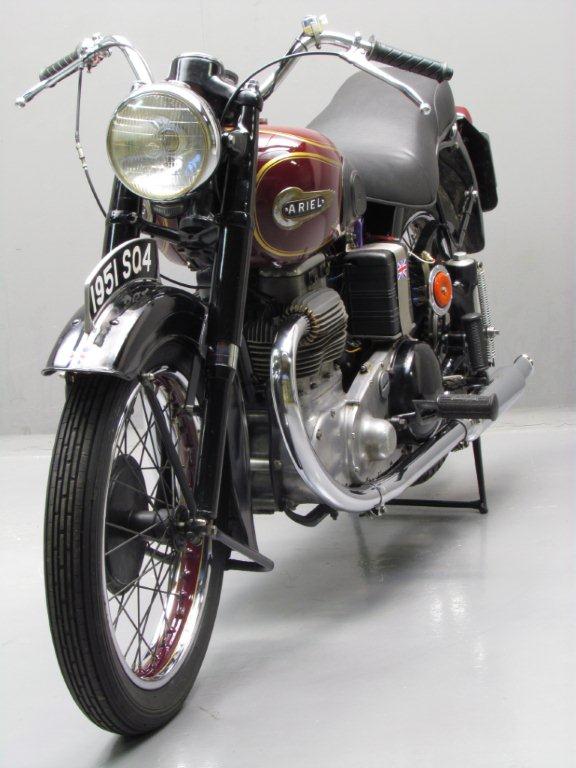 Designed by the legendary Edward Turner, the Ariel Square Four was first shown at Olympia in 1930. Unique at the time of its introduction, the ‘Squariel’, as it was swiftly dubbed, featured a single block of four cylinders and twin geared-together crankshafts with pistons phased at 180 degrees.
The crankcase was split horizontally, unusually for a motorcycle engine of the period, while the vertical valves were operated by a single overhead camshaft.
Although launched as a ‘500’, the Squariel was soon enlarged to 601cc with an eye on the important sidecar market, this bigger version being made available for the 1932 model year.
In 1937 a total redesign saw it re-emerge as the Model 4G, with 995cc overhead-valve engine, making the Squariel an even more enticing prospect for sidecarists.
Anstey-link plunger rear suspension became an option in 1939, but would not be offered again until 1946 when a telescopic front fork replaced the previous girder type.
An exercise in weight shedding saw the cast-iron cylinder head and barrel replaced by alloy components for 1949, the revised model, now capable of 90mph-plus, being known as the Mark I.
Square Four production, along with that of all other Ariel four-strokes, ceased in 1959. To date, the innovative Ariel Square Four remains unique in motorcycling history; a true ‘gentleman’s motorcycle, this refined yet characterful machine retains an enthusiastic and loyal following, and is highly prized by discerning enthusiasts.
This Ariel Square Four is an older restoration, still going strong and is well presented.
One former owner decided to replace the single seat for a buddy seat, however this conversion is easy to bring back to the original single seat.