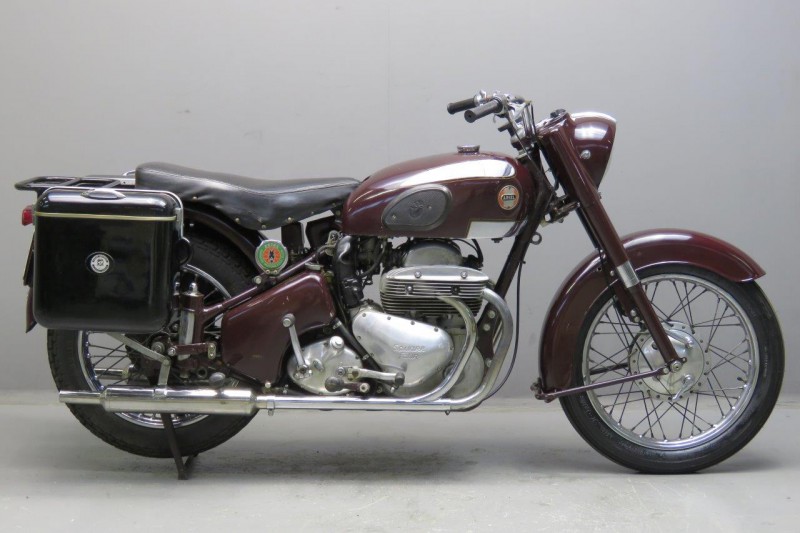 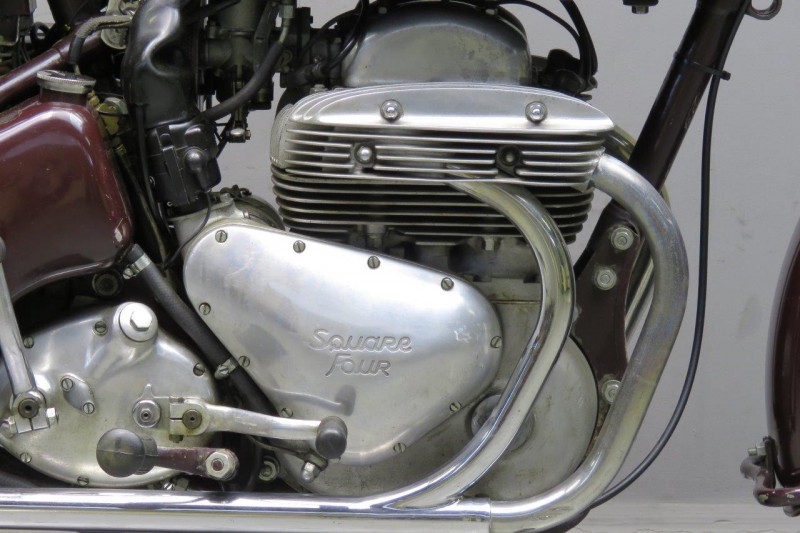 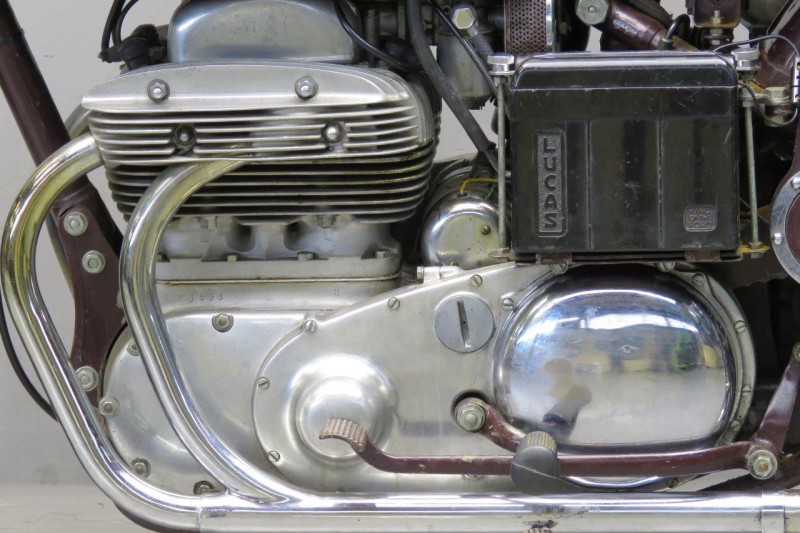 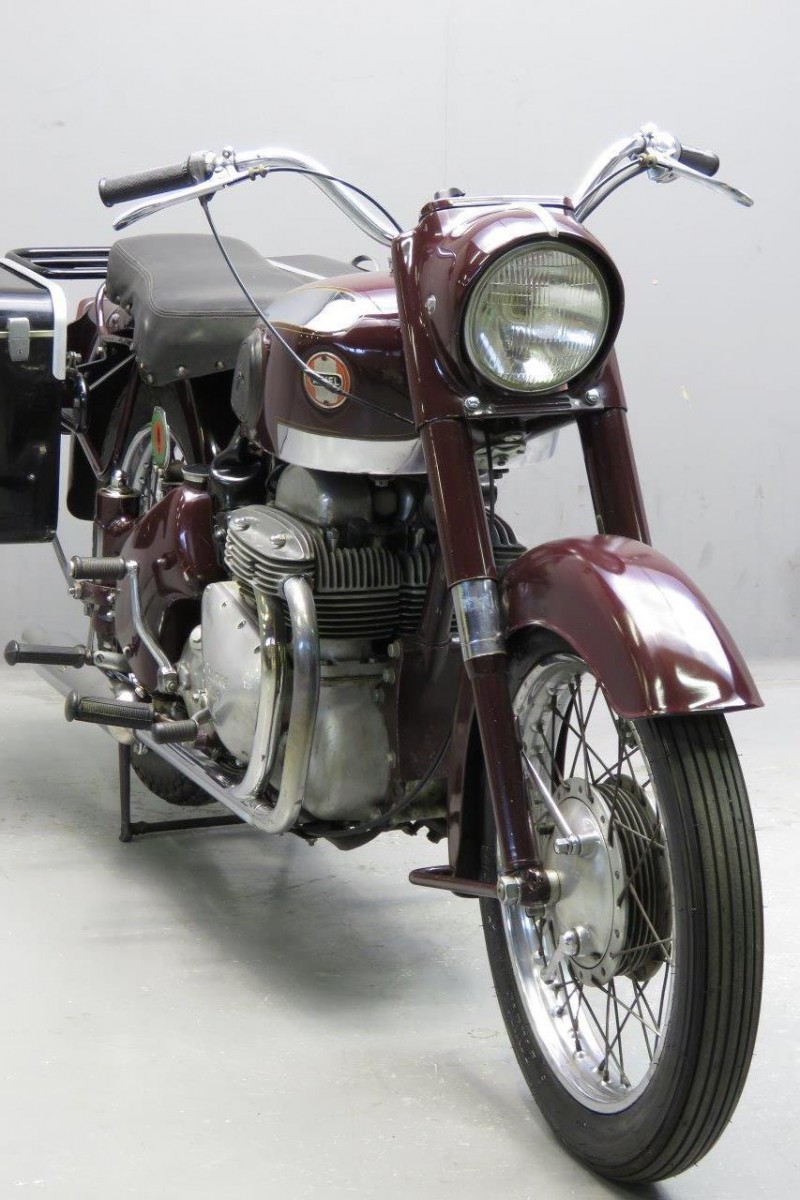 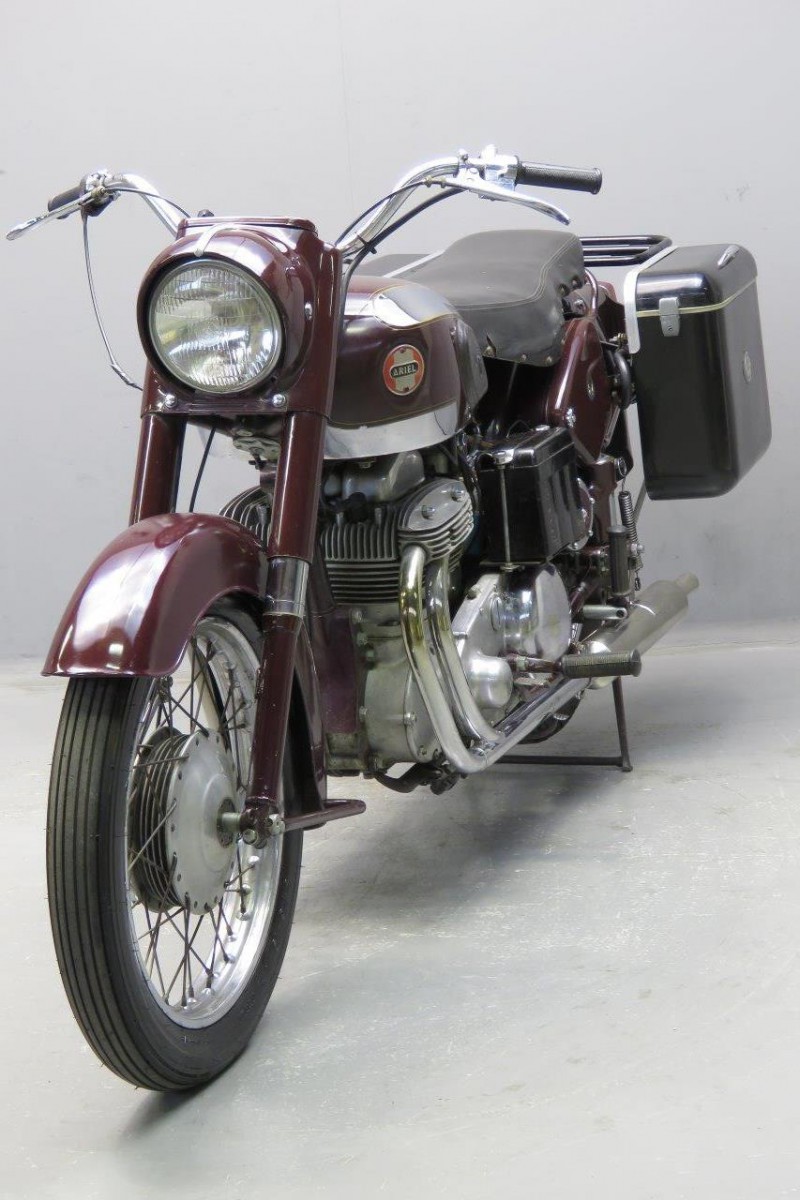 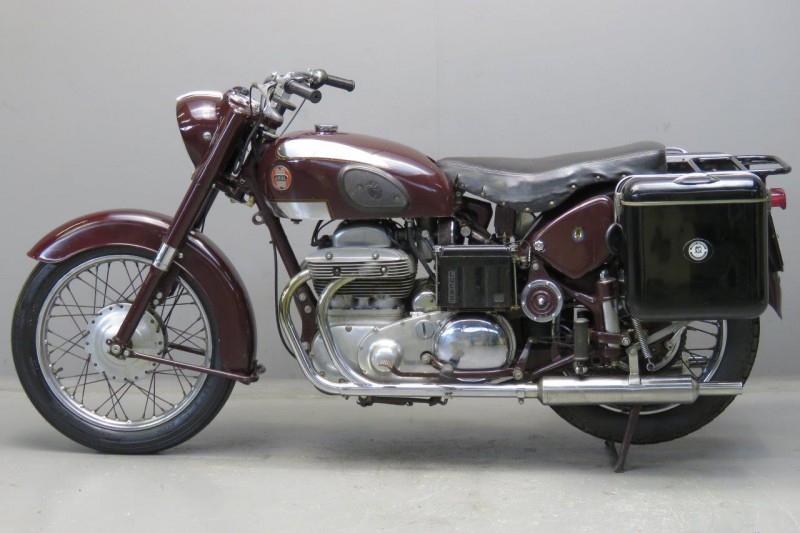 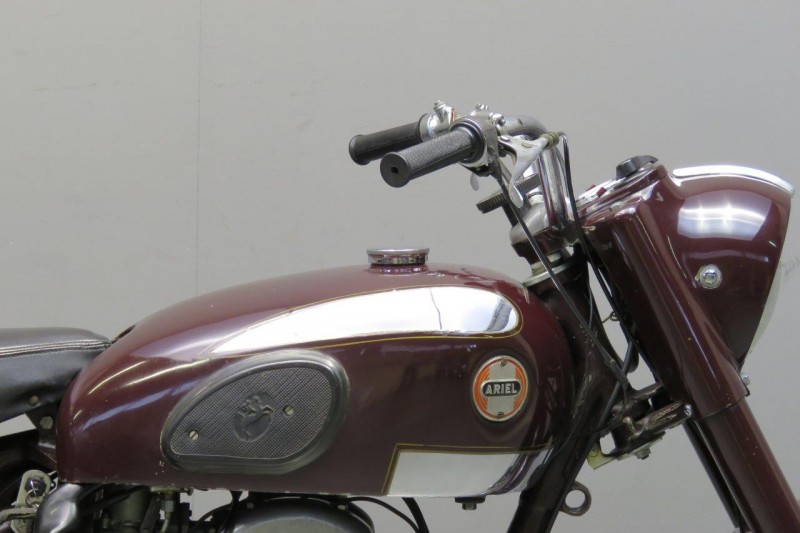 Although the ‘square four’ principle had been tried in the early thirties, it was not until 1936 that Edward Turner, designer extraordinary, developed the 1,000cc ‘Squariel’ which established Ariel’s huge success in the big bike market. The four-cylinder en bloc, in square formation engine with twin camshafts and with a capacity of 997cc, offered low speed tractability in top gear and punchy acceleration to its top speed of 100mph.
Porting and plumbing were revised to good effect in 1953 with the arrival of the four pipe Mark II and the famous ‘Squariel’ was to remain in production until 1959.
In 1957 the 4G Mark II retailed in solo form for £336.16s, although many of these bikes finished up pulling a sidecar which would take the price of a complete outfit up towards the equivalent of an almost new small car.
Square Four production, along with that of all other Ariel four-strokes, ceased in 1959.
To date, the innovative Ariel Square Four remains unique in motorcycling history; a true ‘gentleman’s motorcycle, this refined yet characterful machine retains an enthusiastic and loyal following, and is highly prized by discerning enthusiasts.
This Square Four is  a very nice older restoration  .