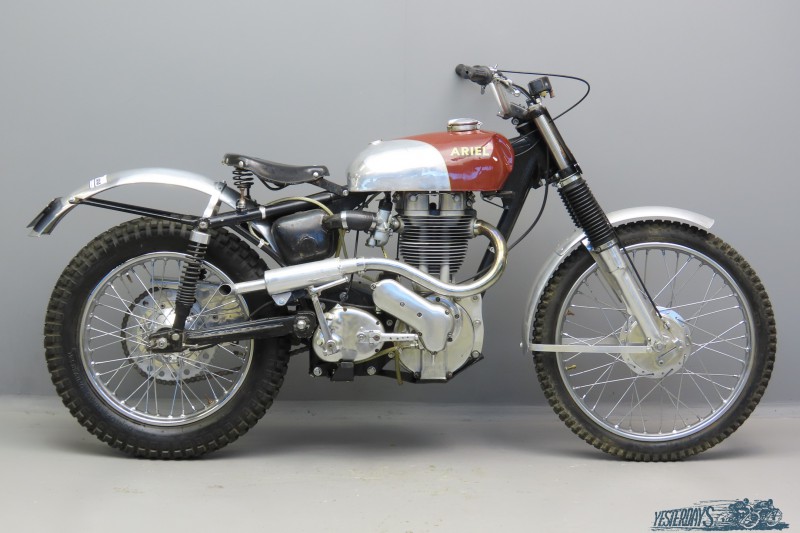 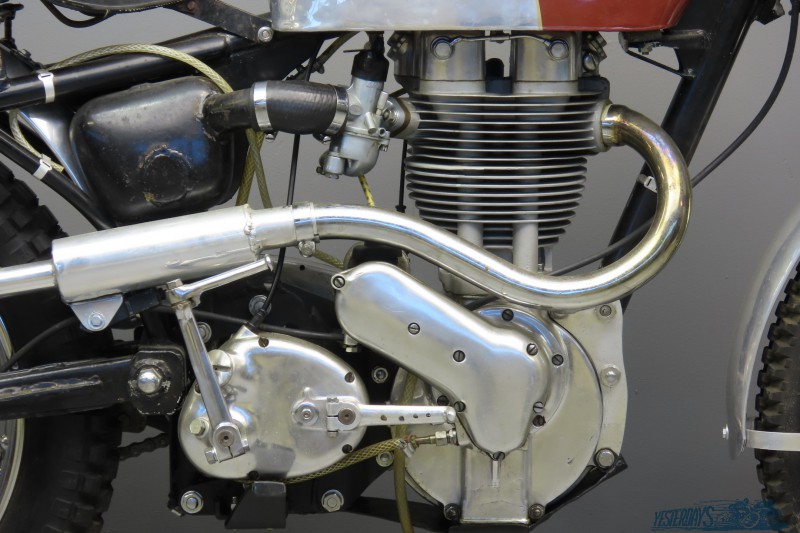 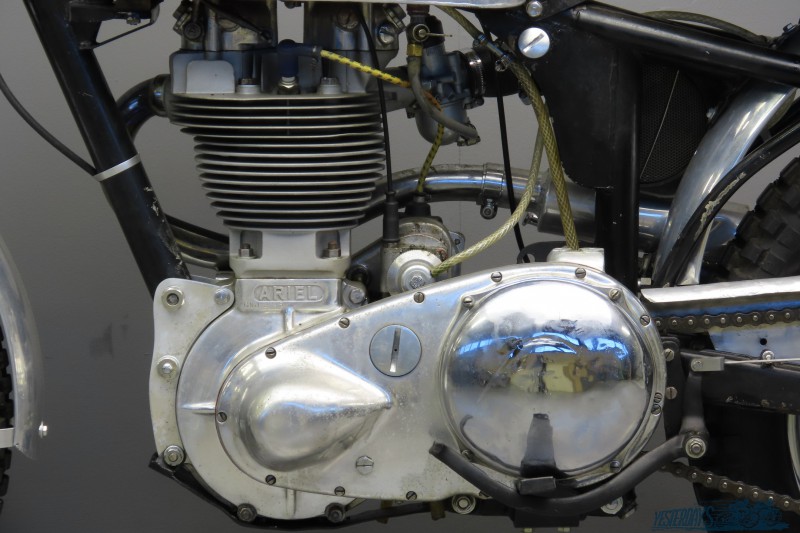 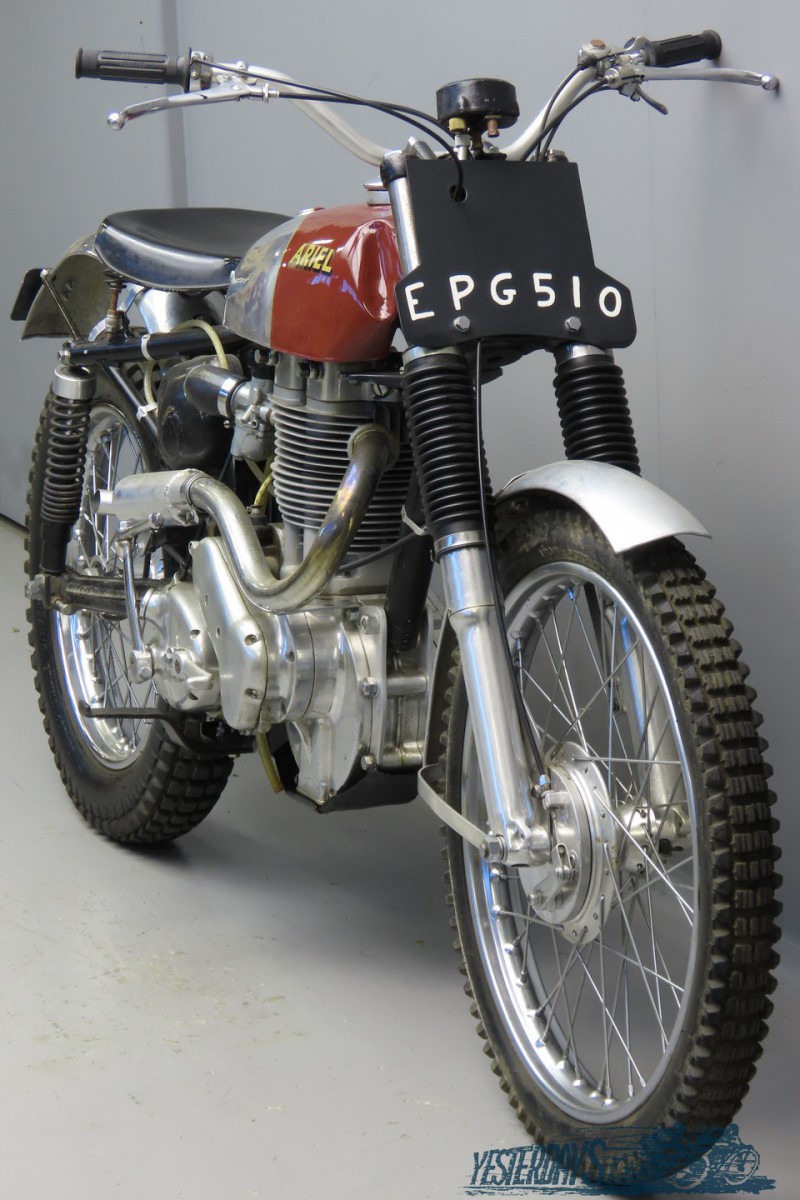 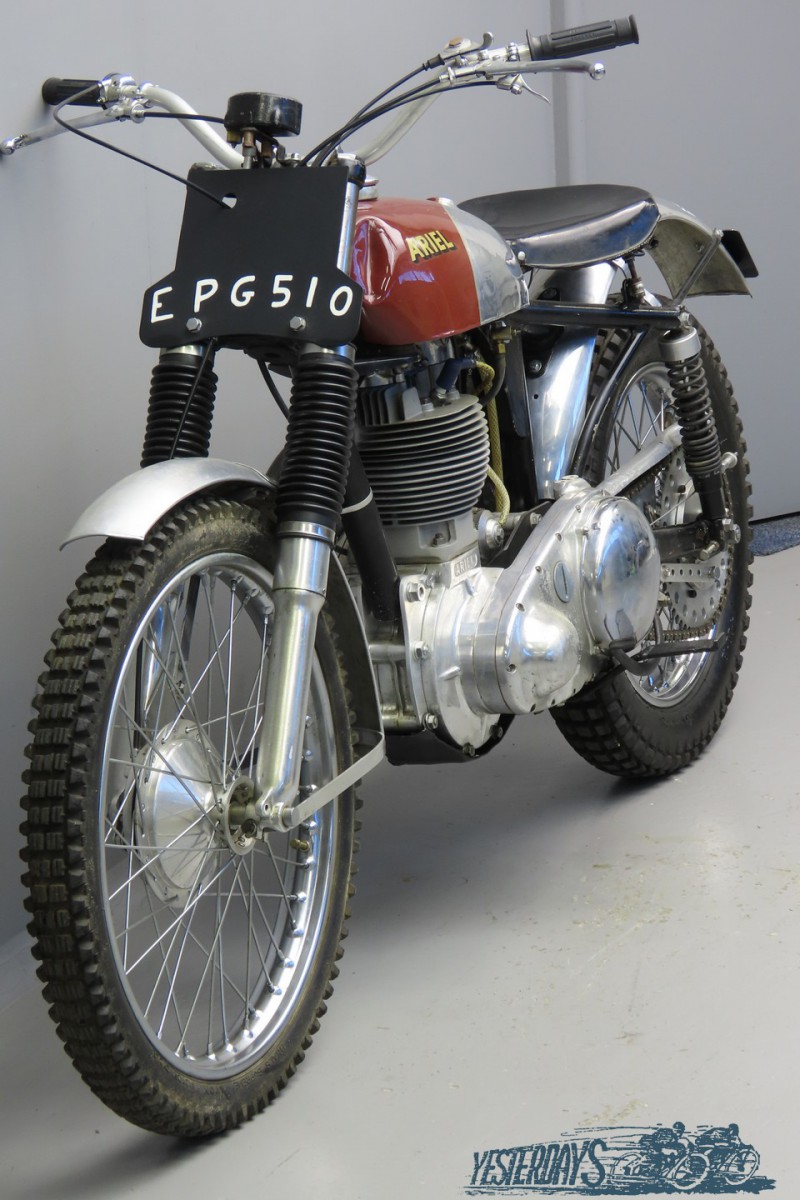 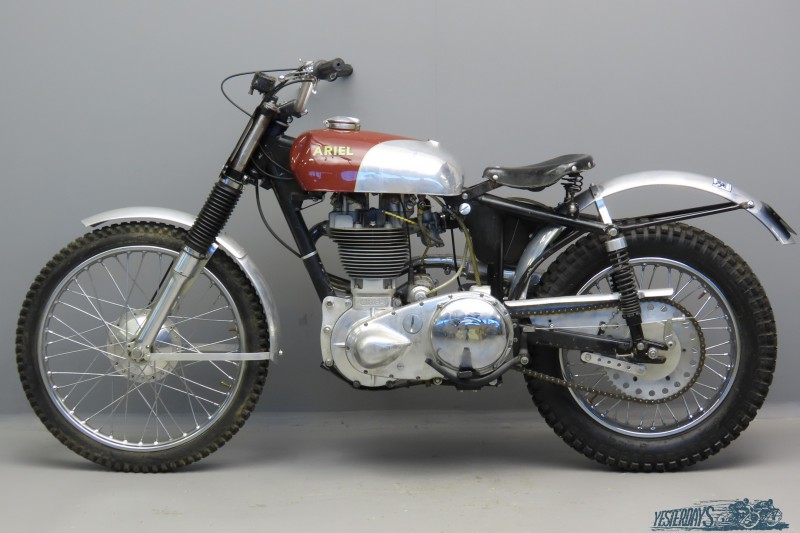 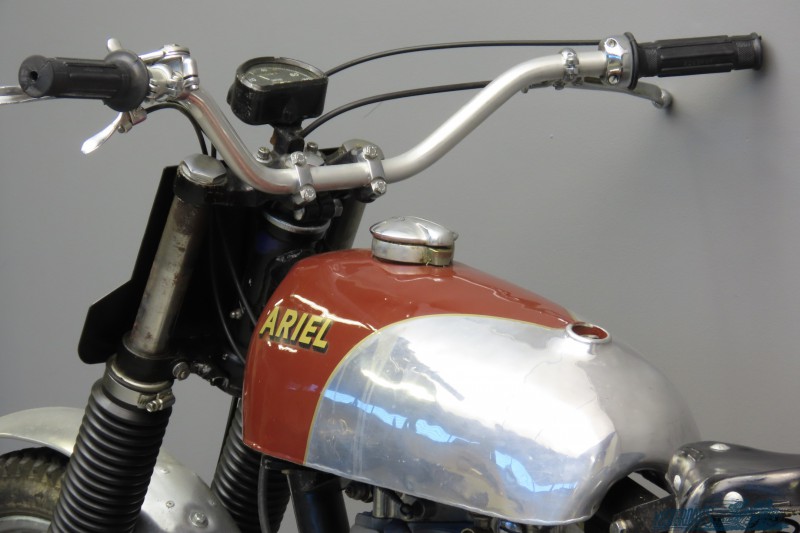 From the late 1940s and into the 1950s, Ariel’ trials successes were largely confined to the sidecar class.
All this would change with the arrival of the swinging-arm framed HT5 in 1955.
Ariel was one of the last manufacturers to introduce a trials frame with rear suspension, the prototype of what would become the HT5 first appearing at the 1955 Scottish Six Days event with production proper commencing in September of that year.
Little was achieved by the works HT5s in their first season but the arrival of Ron Langston for 1956 brought with it the success Ariel had been seeking.
In May of that year Sammy Miller entered his “GOV 132” HT5 in the Scottish Six Days Trial and won the award for the best non-Scottish rider, this was the beginning of Sammy’s long line of trials successes for Ariel. For the next few seasons the HT5 was the class of the field.
Arguably the most capable of the ‘heavyweight’ trials irons, the HT5 disappeared along with the other Ariel four-strokes in 1959 after only 450-or-so had been made, though Sammy Miller’s famous and much modified example would continue winning at the highest level well into the 1960s.
The HT5 has an alloy cylinder head, ditto barrel with nickel iron liner and a double-roller caged big-end.
Bore x stroke are 81.8x95mm and the compression ratio is 5.6:1. Maximum power is 24hp@5,800rpm and the machine’s dry weight is 132kg.
This HT5 is fitted with the correct competition magneto and 70mph Smiths speedo. She is in good overall condition.