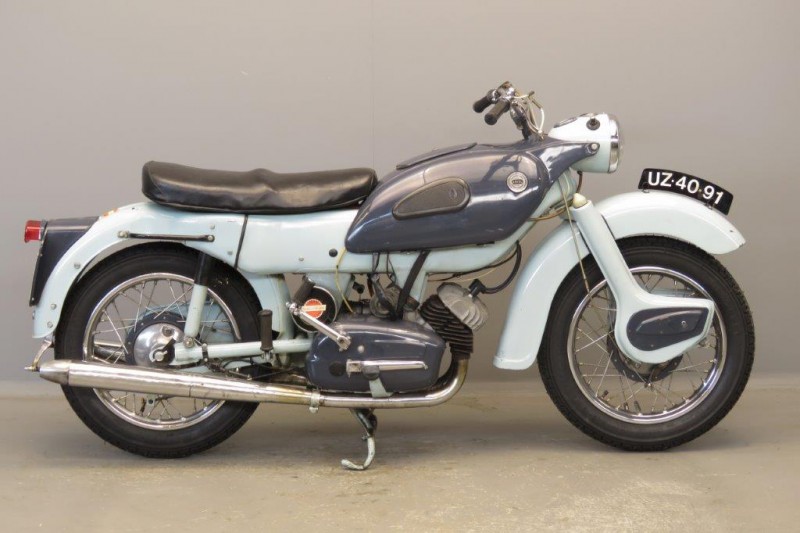 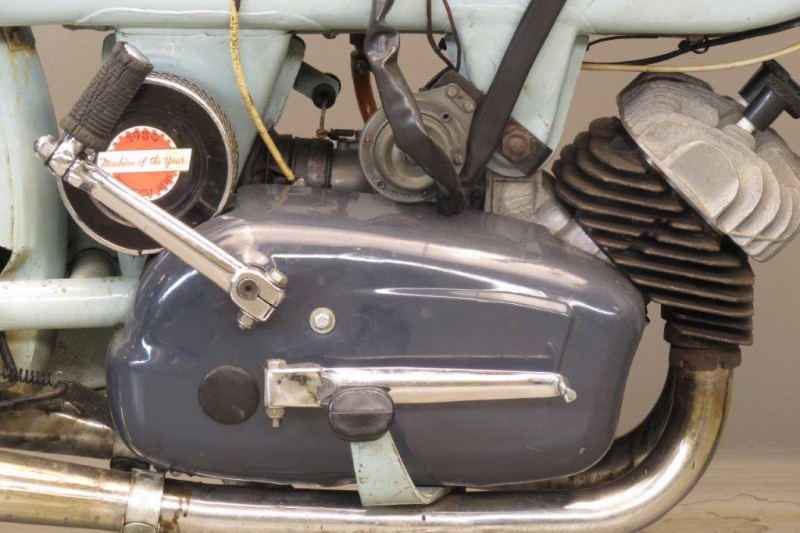 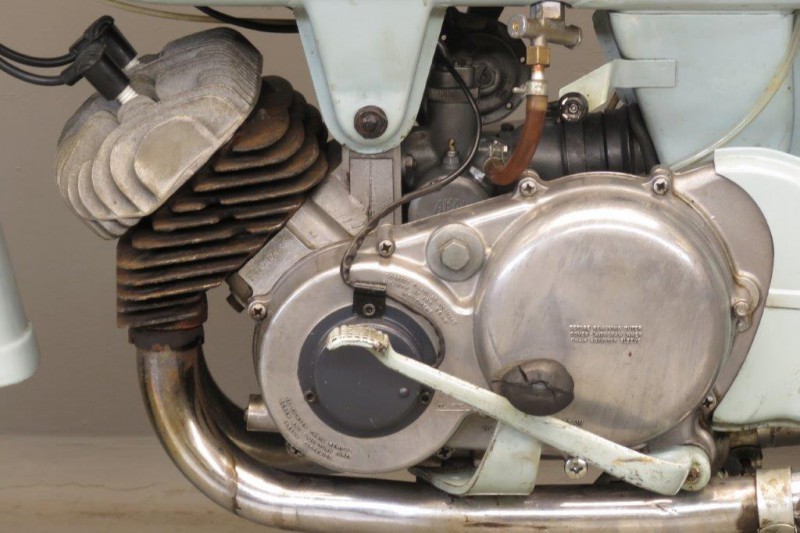 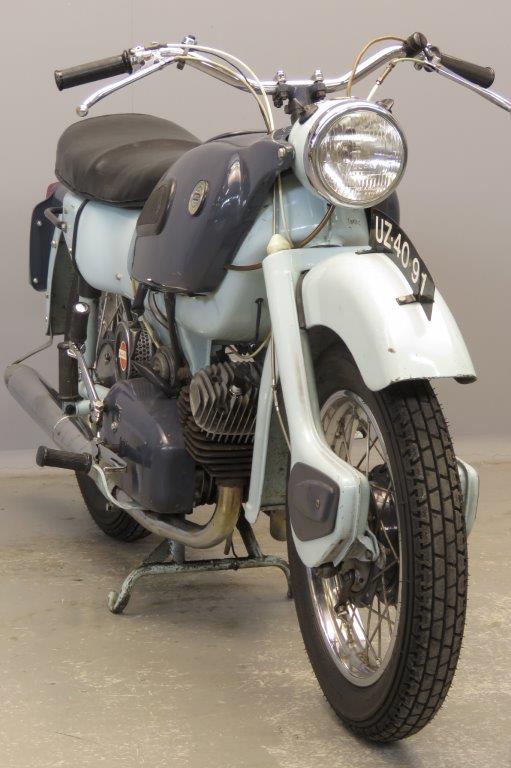 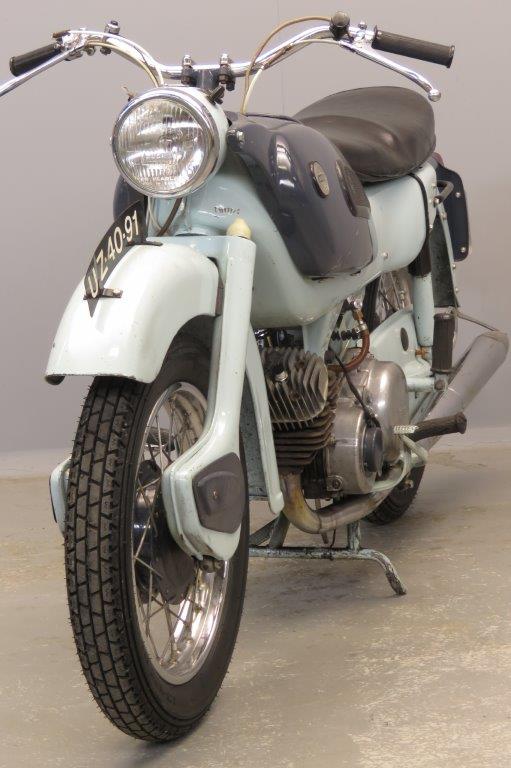 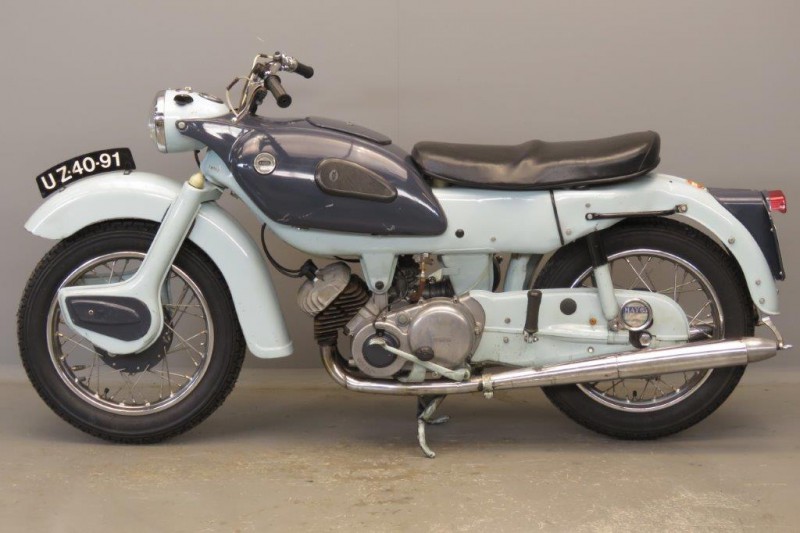 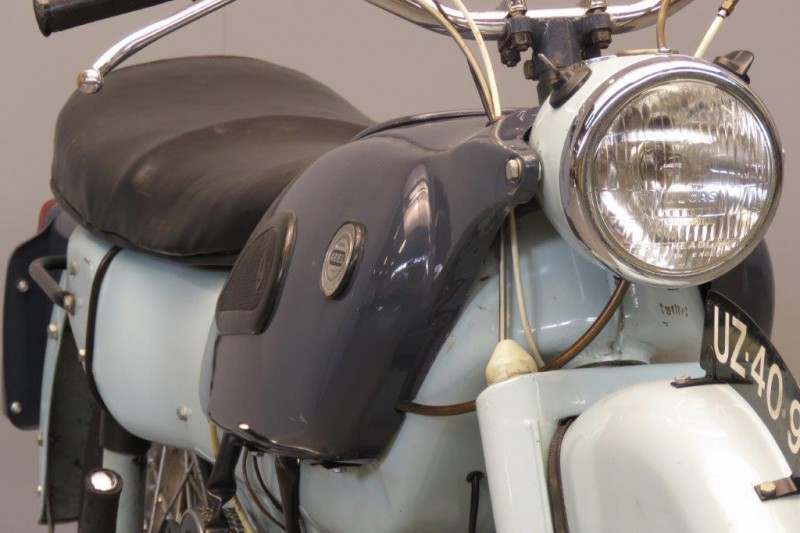 Having been owned by the BSA concern since 1944, the Ariel range was looking a little dated towards the end of the 1950s and a change of direction was needed.
Jumping on the bandwagon of the trend for scooters, and enclosures generally, had the added attraction for Ariel of the possibility of lower production costs due to the use of pressed steel parts and the consequent savings they may provide.
From this standpoint it is easy to see the logic behind the development of the Leader and Arrow.
The Leader  launched in 1958 and powered by an all-new 247cc air-cooled two-stroke twin with unitary gearbox, the Leader also broke with British tradition in its frame and suspension design, employing a stiff, fabricated steel beam instead of tubes, and a trailing-link front fork.
Detachable enclosure panels extended forwards to meet leg shields and screen, and the rear chain was fully enclosed.
The “Motor Cycling”wrote: ‘Fast, robust and handling like a thoroughbred, the Arrow Super Sports goes into the record as one of the most pleasant sports mounts to pass through our hands in recent years.’   Amazingly, despite being given a proper caning for the road test, Motor Cycling’s Arrow averaged 68 miles per gallon!
A slimmed-down version of the Leader, the Arrow, was the sports derivative of the Leader, which sought to combine the virtues of speed and agility with those of cleanliness and convenience.
The Arrow was announced at the end of 1959 for the 1960 model year.
Whilst the engine and gearbox of the Leader remained unaltered, the side panels, leg shields and panniers were stripped away, and with a reduction in weight from the Leader, it was consequently nippier than its sibling.
According to Ariel, the Arrow was ‘Fast, Economical and Stylish’.
This Ariel Arrow resided in a Dutch collection for many years and is in a good original unrestored  and well running condition.
The engine has been refurbished.