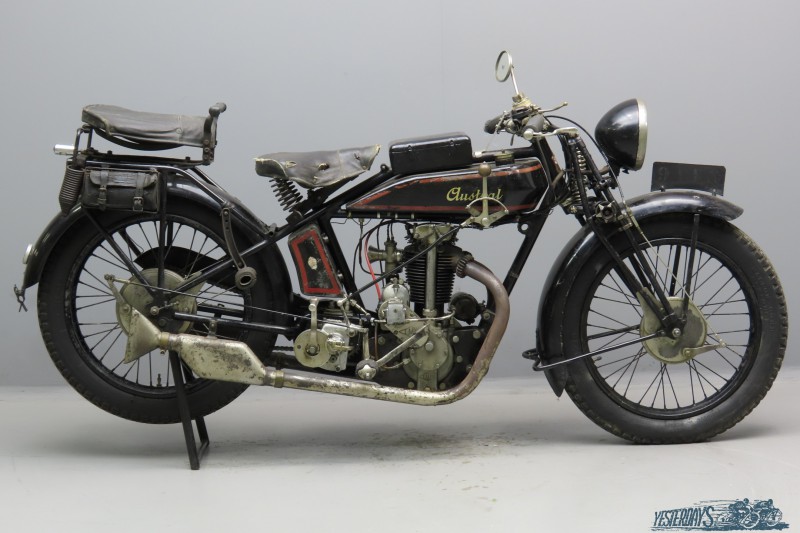 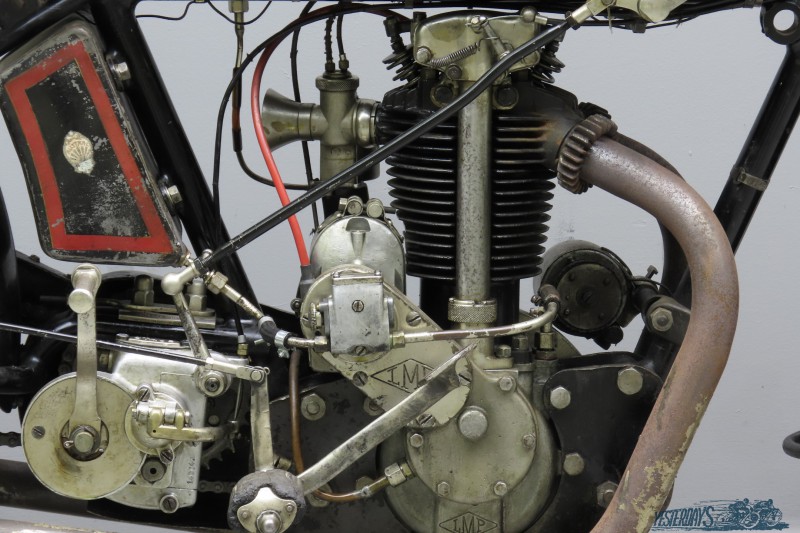 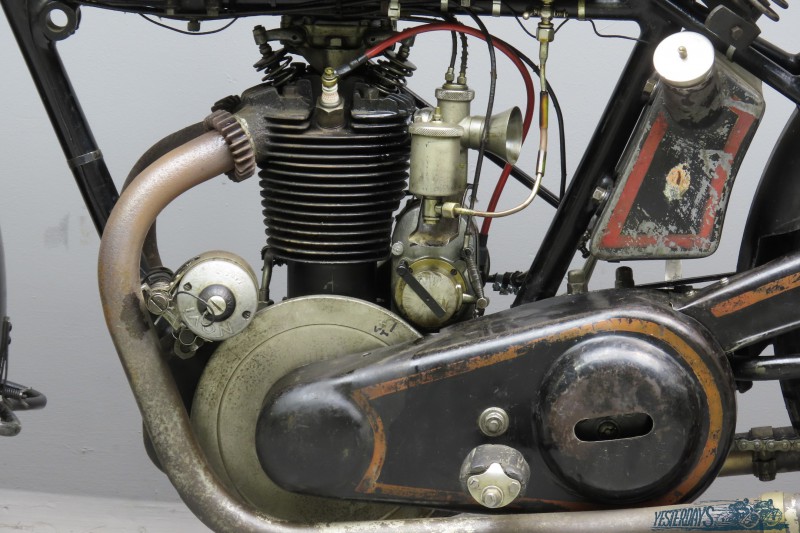 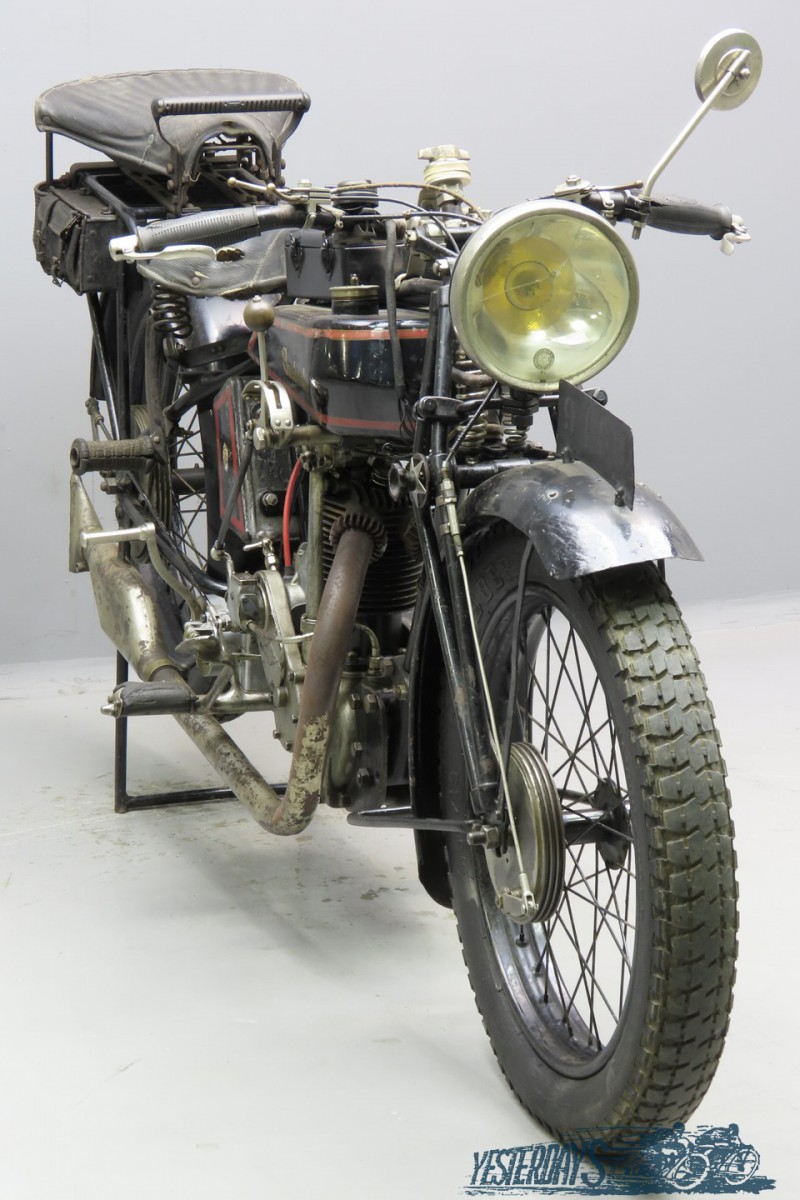 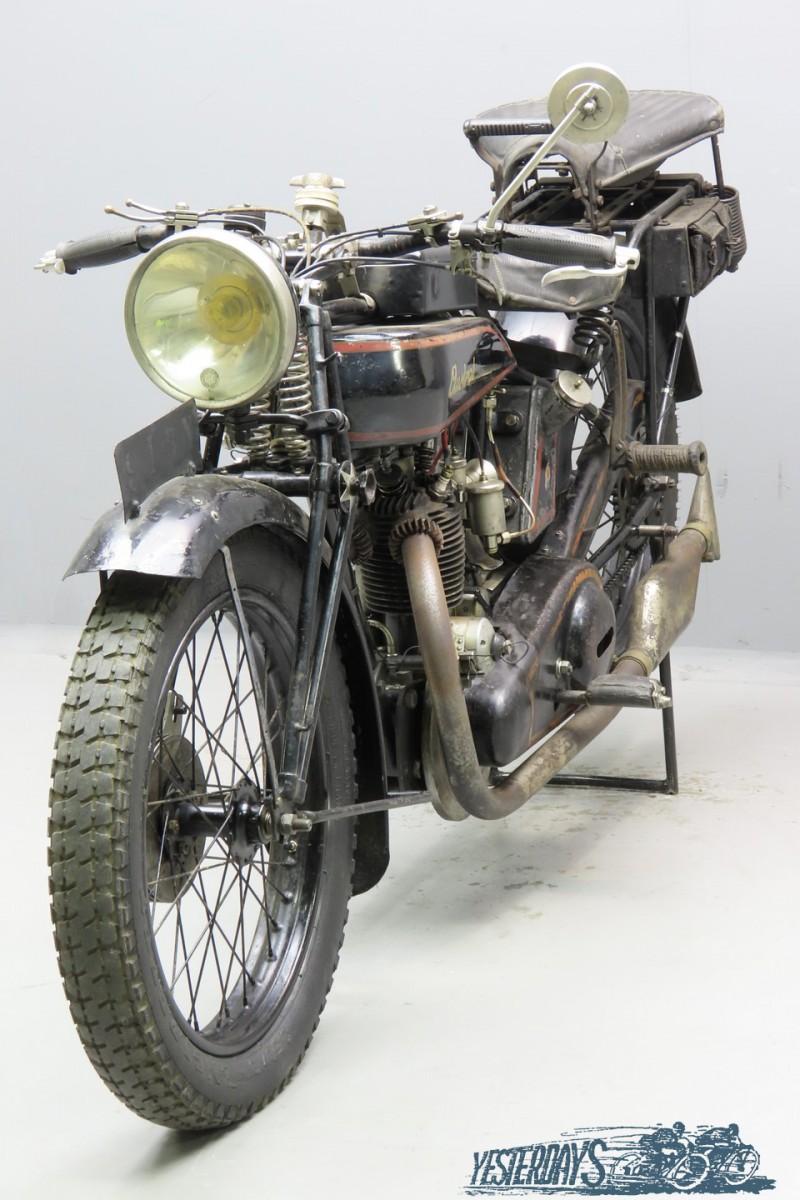 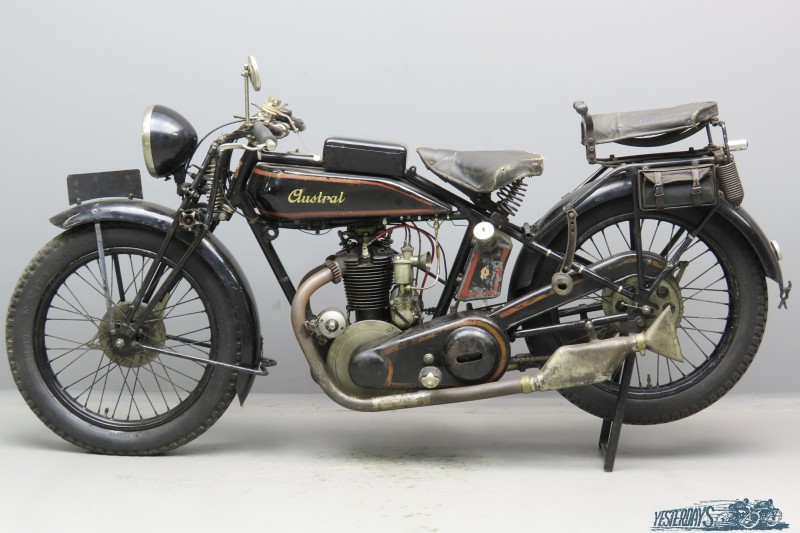 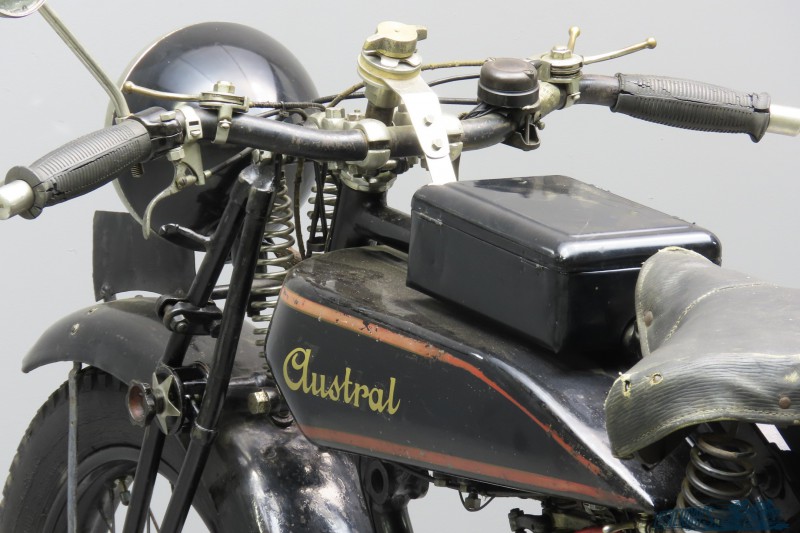 Founded in 1904 following an association between financier Édouard Cheilus and engineer Albert Jean, Austral built tricars, motorcycles and bicycles before the First World War.
It was the first brand in France which, as early as 1913, produced a well-developed two stroke engine in series.
Halfway down the twenties the company resumed the production of motorcycles, bicycles and three-wheeled vans.
There was a wide range of models, ranging from a 125cc two stroke lightweight to a sporty and luxurious 500cc ohv model.
Various engines were used, most with separate gearboxes: LMP, Zurcher, PEA and Voisin. Unit construction engines from Staub were also built in.
Motorcycle production ended around 1931.
The machine we offer is powered by a sporty LMP engine with bore x stroke dimensions of 71x78mm.
The engine has a mechanical oil pump and an external flywheel. The firm of Lalo, Mignonac & Poinsard was located at the Rue de la Pointe in the village of Romainville, an eastern suburb of Paris. The company was, after Chaise, the second large producer of two stroke and four stroke motorcycle engines in France.
Austal used only in 1928 four stroke LMP engines in 350cc and 500cc capacities.
Not too many four stroke Austral machines seem to have survived but there is quite some information to be found on the internet, check http://www.lesmotosaustral.fr and https://motocyclettesaustral.es.tl According to the information on the former site our machine is the only known survivor of the 1928 SS model.
She comes with Staub 3-speed hand change gearbox, Longuemare carburettor, Novy dynamo lighting system, pillion seat, rear view mirror and steering damper.
She’s in fine, authentic and unrestored condition with some touched up spots in the paintwork.